8 Merseyside Military Greats that should never be forgotten - The Guide Liverpool
Contact Us Advertise with The Guide Our Video Services Follow us:

8 Merseyside Military Greats that should never be forgotten

Liverpool is steeped in military history, with statues of some the city’s greatest heroes standing across the city.

Here we look at some of Liverpool’s military great that should never ever be forgotten. 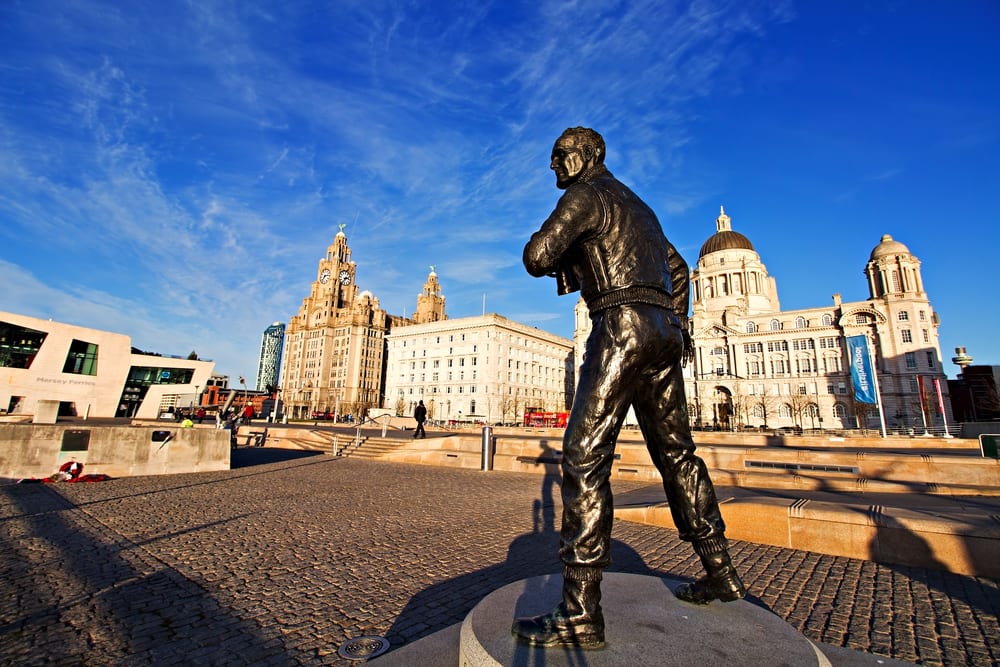 Royal Navy Capt Frederic ‘Johnnie’ Walker was the most successful anti-submarine warfare commander during the Battle of the Atlantic.

Due to retire before WWII broke out, he took control of the 36th Escort Group, based in Liverpool. Capt Walker received the Distinguished Service Order in January 1942 after his group destroyed five U-Boats while escorting 32 ships, including the U-574, which was depth-charged and rammed by Walker’s own ship. He was awarded the first bar to his DSO later that year.

In 1943 Walker became commander of the 2nd Support Group, with the aim of actively hunting and destroying U-Boats. That summer, his group sunk five enemy ships and attacks continued into 1944.

His final task, after which he received the third bar to his DSO, was to protect the fleet from U-Boats during the D-Day invasion of France. In two weeks, no enemy ships penetrated his vessels.

He died on July 9, 1944, and around 1,000 people attended his funeral at Liverpool Anglican Cathedral.

The memorial to the legendary World War II hero at the Pier Head, was commissioned by the Royal Naval Captain ‘Johnnie Walker’ Old Boys Association and ,unveiled in 1998, it shows him looking out to sea. 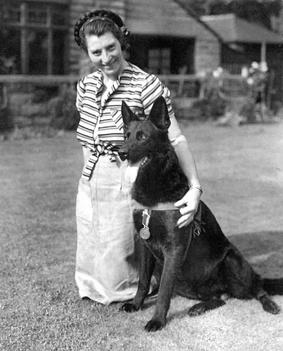 A pedigree German Shepherd born in Liverpool, Jet was the first ever search and rescue dog.

He was loaned to the War Dogs School in Gloucester from the age of nine months, where he was trained in anti-sabotage work. After 18 months on airfields performing anti-sabotage duties, he was returned to the school for further training in search and rescue duties where he was partnered with a Corporal Wardle.

Relocated to London, they were the first handler and dog to be used in an official capacity in Civil Defence rescue duties. Jet assisted in the rescue of people trapped under blitzed buildings during the Second World War and later went to the rescue of victims in the William Pit Disaster in Cumbria in 1947.

He was awarded the Dickin Medal and Medallion of Valour, and a memorial to him stands in the Flower Garden at Calderstones Park. 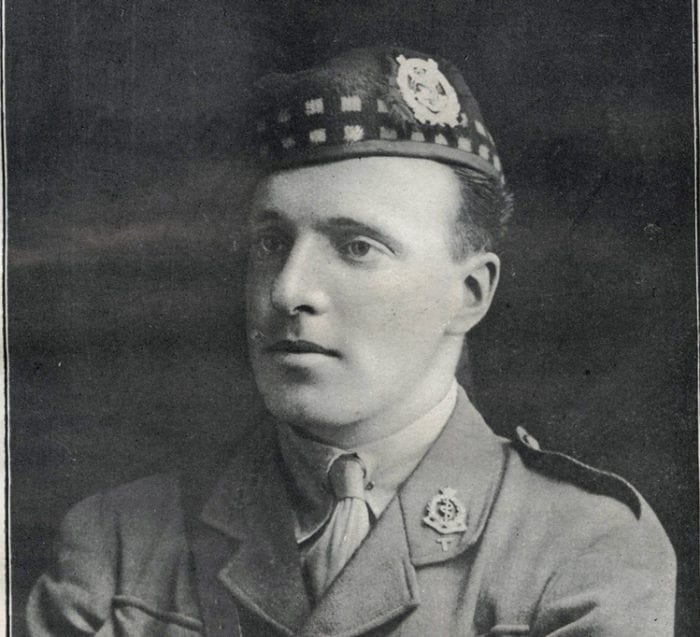 Captain Noel Chavasse, VC & Bar MC, was the only man twice awarded the military’s highest award for valour, the Victoria Cross, in the First World War.

Born in Oxford in 1884, Noel Chavasse grew up in Liverpool (and ran the 400m for Britain at the 1908 London Olympics). After joining the Royal Army Medical Corps in 1913 he went to France with 1/10th Battalion King’s Regiment, the Liverpool Scottish.

In June 1915 he won a Military Cross after 12 hours rescuing casualties at Ypres. In August 1916 he was awarded his first Victoria Cross for saving around 20 men while wounded at Guillemont on the Somme.

In the first attack of Passchendaele on July 31, 1917, Noel was hit in the head but refused to leave despite a fractured skull, venturing into no man’s land time and again to treat the wounded. On August 2, his first-aid post was hit by a shell yet, with his face unrecognisable and a serious stomach wound, he crawled half a mile for help. He died on August 4, aged 32.

A Liverpool Heroes Memorial in Abercromby Square, designed by artist Tom Murphy was commissioned by the Noel Chavasse VC Memorial Association. The bronze sculpture features Captain Noel Chavasse alongside a stretcher-bearer from the Liverpool Scottish Battalion rescuing a wounded soldier.  It was unveiled in 2008. 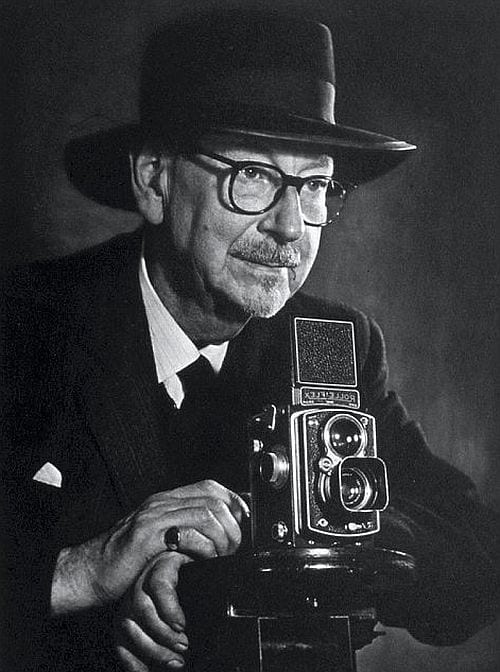 Best-known now as a portrait and landscape photographer whose studio was in Rodney Street, Edward Chambre Hardman grew up in Dublin and spent his teenage years during World War I serving in the foothills of India.

Hardman was 16 when war broke out in 1914, and three years later he joined the Indian Army where he served in the 8th Gurkha Rifles. His mother Gertrude was born in India and he was distantly related to two Viceroys of India both on his father’s and mother’s sides.

MORE - A Miniature Manhattan on the Mersey: Liverpool doubles up as New York once again in Channel 4’s It’s a Sin 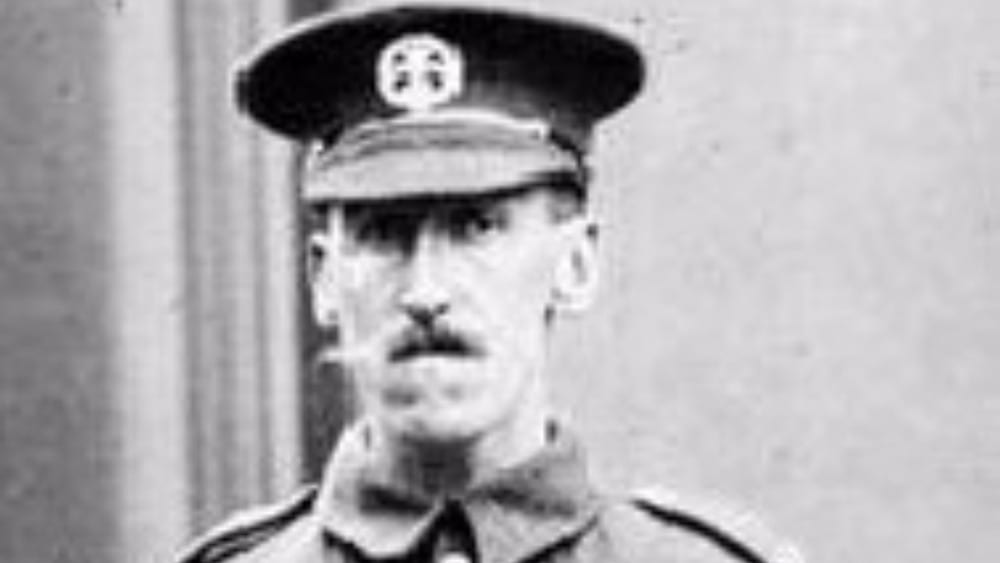 William – known as Bill – was born in the Dingle and worked on the docks before joining the British Army at 17 and serving in South Africa during the Second Boer War.

After the outbreak of WWI he re-joined his old regiment, 2nd Battalion, the South Lancashire Regiment, and was awarded both a Military Medal for gallantry and the Victoria Cross.

Ratcliffe quickly gained a reputation for bravery. He was in every big battle from Mons to Messines and at Messines Ridge crowned feats of daring by counter-sniping and despatching seven German snipers who had been taking a heavy toll of his unit.  For this and his general gallantry he was decorated in the field a few days later with the Military Medal.

On June 14, 1917, then 33, his battalion was ordered to attack a line of German trenches on Messines Ridge. Ratcliffe was a stretcher-bearer, following up behind the advancing troops to bring in the casualties, and spent most of the night bringing in the wounded through a heavy barrage. He also located an enemy machine-gun which was firing on his comrades from the rear, picked up a rifle from a dead comrade and single-handedly rushed the machine-gun position and bayoneted the crew. He then brought the gun back into action on the frontline. His actions brought the award of the Victoria Cross, presented by King George V at Buckingham Palace on September 26, 1917. 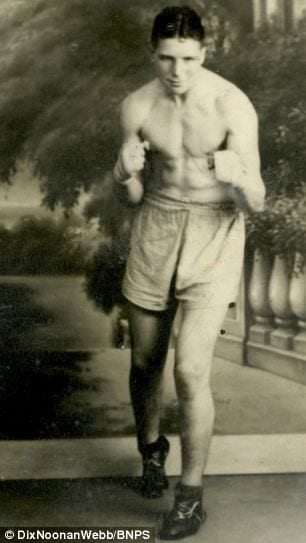 Born and bred in Toxteth, Douglas Pomford, or ‘Duggie’, served in the armed forces during World War II.

A champion boxer who’d battled his way to success in the ring at home, ‘Duggie’ had only been in the army for six months when he was handpicked to join the British Commandos and went on to become a founding member of the Special Boat Service.

He was among 200 soldiers stationed in Palestine from where they carried out a raid on three airfields in Nazi-occupied Crete. His unit then turned their attention to the islands of Kos and Leros which they cleared and established an airfield. He was awarded the Military Medal for his bravery during the raids on the Greek islands.

A second Military Medal was awarded for attacks on Ios, Amorgos and Naxos in 1944. It was the middle of the night and the Allies had just been forced back into Turkey, surrendering their airfield on the Mediterranean islands. British commanders decided to deploy a team of elite fighters to take it on from the inside and Duggie was one of them. The 24-year-old catapulated himself into the bedroom of two senior Nazi militants as they changed into their pyjamas…and disposed of them with his bare hands.

In 1945 Duggie qualified as a paratrooper and took part in further operations in the Balkans before being demobbed in 1946. He retired back to life in Liverpool where he set up The ABC Golden Gloves Boxing Club in Toxteth. 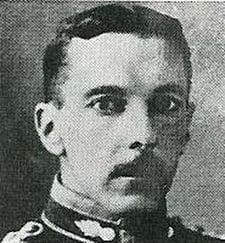 Major General Ernest Wright Alexander was a Toxteth-born British Army officer awarded the Victoria Cross – the highest award for gallantry in the face of the enemy that can be awarded to British and Commonwealth Forces – for his services in the First World War.

Battling against overwhelming odds, Alexander, then 43 and a major of the 119th Battery R.F.A, personally saved lives during the battle of Elouges, Belgium on August 24, 1914, and “handled his battery against overwhelming odds with such conspicuous success that all his guns were saved, notwithstanding that they had to be withdrawn by hand by himself and by three other men”.

He also rescued a man under heavy fire. 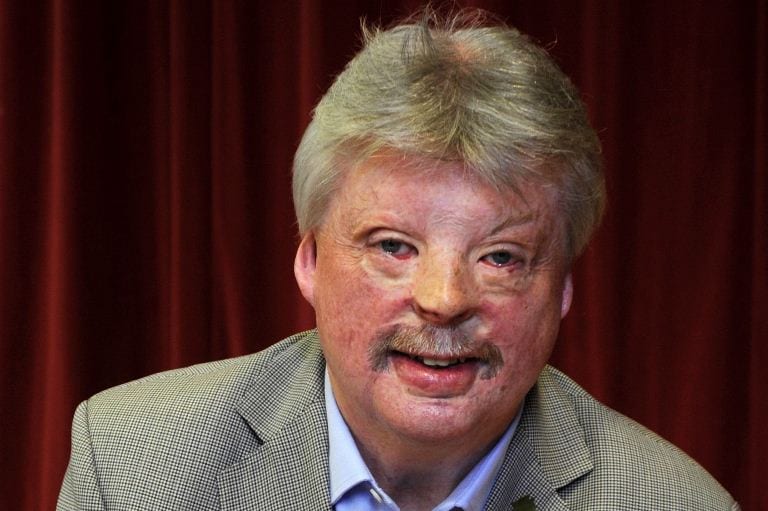 Welsh Guardsman Simon Weston suffered serious burns to almost half of his body when his vessel, the RFA Sir Galahad, was destroyed in the Bluff Cove Air Attack during the Falklands War, in 1982.

The attacked killed 48 men and wounded 97. Simon, who survived with 46% burns and his face barely recognisable, had to undergo years of reconstructive surgery, including over 70 major operations and surgical procedures, but with determination and willpower he turned his experience into a positive drive to help others, with a message of triumph in the face of adversity.

Simon’s road to physical and mental recovery saw him active in a number of highly successful ventures including setting up ‘The Weston Spirit’, a Liverpool-based young people’s charity which ran until 2008.

Continuing his charitable work earned Simon – who has gone on to present on TV, and become a successful businessman and author – an OBE in the 1992 Queen’s Birthday Honours, and he was also awarded the Freedom of the City of Liverpool in 2002 in recognition of his bravery and his charity work.

In the 2016 New Year’s Honours Simon was awarded the CBE for his charitable work. He is currently the Patron of the Falkland Veterans Foundation, The Enham Trust, Allied Service Trust and an Ambassador for Changing Faces.