Today is George Harrison’s Birthday – Although unofficially. The story goes that on his birth certificate it says 25th February, but only because the midwife filled the report in when she got home – Not at the time of birth, which was actually 11.50pm on February the 24th. Anyway, this isn’t the place for nerdy Beatles trivia (is it?)

George Harrison is many peoples favourite Beatle. Infact in and around Liverpool he is the person who scousers seem to identify as their favourite more than any other Beatle. George, being “the quiet Beatle” seemed to have a likability above the others.

But can we possibly list reasons why? Lets give it a go.. 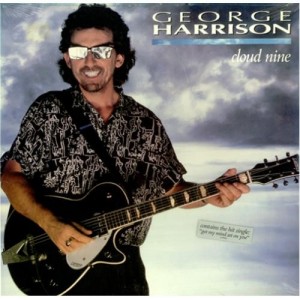 Although often described as the shy Beatle, his sense of humour was evident, even from early on. For example when The Beatles were trying to get signed, they met George Martin who was the producer at Abbey Road, when George Martin asked out of politeness if there was anything in the studio they didn’t like, Harrison replied ‘For Starters I don’t like your tie’ – The rest of the Beatles looked at him shocked, then all of a sudden George Martin started laughing and found it hilarious (If he didn’t – The whole of popular history would look a lot different!) During the middle of one American tour, the group members were asked how they slept at night with long hair, Harrison answered “How do you sleep with your arms and legs still attached?” When asked what his hairstyle was called back in 1964 he responded with ‘Arthur’ – George had a way of being seen as quiet while always ready to try and get a joke in. 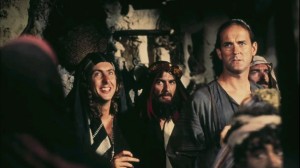 After EMI pulled funding at the last minute, Life of Brian was about to be thrown on the scrap heap and never be seen. That was how things were until George got wind of the developments and stepped in. He remortgaged his house and handed over 3 million pound to the see the film get finished. When asked, all George said was “I really wanted to see the film” – Eric Idol later said that it was “By far the most anyone has ever paid for a cinema ticket.”

George also aswell as producing Life of Brian made a small cameo in the film, blink and you will miss him! 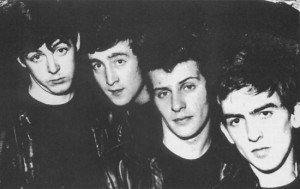 How George Lost His Virginity

My first shag was in Hamburg, with Paul and John and Pete Best all watching. We were in bunkbeds. They couldn’t really see anything because I was under the covers but after I’d finished they all applauded and cheered. At least they kept quiet whilst I was doing it. – George Harrison

Yeah. George Harrison lost his virginity while the rest of the Beatles watched on and then clapped him when he was done. I don’t know if there is a better Beatles story than this. 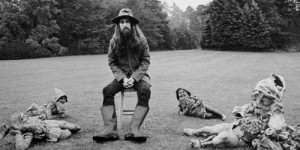 All Things Must Pass

All things must pass was the first album George Harrison released after the break-up of the Beatles. The name of the album comes from its title song. A song that was rejected by Lennon-McCartney, and went on to be known as “the greatest song the Beatles never made.”

George released the album to huge critical acclaim, Beatles author Robert Rodriguez wrote of critics’ attention being centred on “a major talent unleashed, one who’d been hidden in plain sight all those years” behind Lennon and McCartney. Which was certainly true, George while in the Beatles felt 3rd best. Once the Beatles ended, George was free to be creative and show how much he had to offer – Which he quickly begin to show. 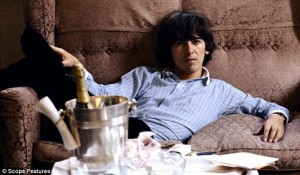 In 1999 his Henley-On-Thames mansion was broken into by a Beatles obsessed weirdo. During the attack Harrison was stabbed 7 times. Having been stabbed all them times, George Harrison didn’t admit defeat, Instead he fought back and battered the nutter with a fire poker and restrained him until the police arrived and he was arrested.

Aswell as him, John and Paul being rumoured to get into fist fights during the Let It Be sessions, when Pete Best was sacked from The Beatles right before they took off, George Harrison was regularly getting into fights with locals outside the Cavern Club because of fans being so wound up about Pete. George still stuck around to do the gig even after getting a black eye on Mathew Street. He was dead hard. 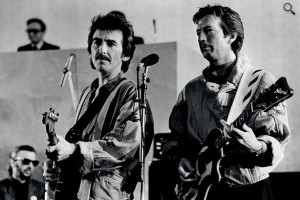 How he dealt with Eric and Patti

Harrison became involved in a bizarre love triangle that has been well documented, but he dealt with it in a way the majority of us in his position could only dream of. When one of Harrison’s best mates Eric Clapton wrote ‘Layla’ about Harrison’s wife, Patti Boyd, trouble was on the cards. When Boyd finally left Harrison and subsequently wed Clapton there was no blood shed or vengeful songs released. Quite the opposite, in fact Harrison attended their wedding and said, “I’d rather she was with him than some dope.”

Listen to ‘Within You Without You it’s fair to say innovation and pushing the boundaries was a massive part of what Harrison was all about. For example he introduced the Wah Wah peddle to ‘I Need You’ on the ‘Help’ album and Harrison was the first ‘popular’ musician to bring the sitar into songs which was first heard on ‘Norwegian Wood.’

In terms of psychedelic Beatles George was again the one behind the most ‘out there’ stuff. For example ‘It’s All Too Much’ from ‘Yellow Submarine’ is one of the strongest songs on the album and if it was released today it would still sound revolutionary. George was well ahead of his time. 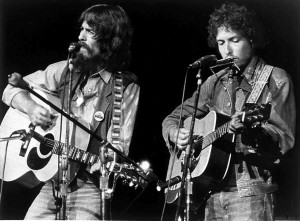 He was a genuine good guy

Following the success of All Things Must Pass, George went a step further and brought some genuine peace and love to Rock n Roll with his concert for Bangladesh. He brought together some of the day’s biggest players (including a semi-retired Bob Dylan) to play at Madison Sq. Garden in aid of victims of the Bangladeshi Liberation War. The gig, played over two nights to 40,000 people made $240,000 for charity and in the process set the precedent for future fund raisers such as Live Aid.

Not only this, his 1972 album “Living in a Material World” coincided with the founding of his charity of the same name.

George also stayed close to his local roots and was a supporter of the Sefton Park Palm House restoration project – and, at his own request, a low profile one. He donated money through his Natural World charity foundation, stressing he didn’t want any personal publicity. It reopened in September 2001, two months before George tragically died of cancer, on November 29th 2001.

Got any other favourite moments of George Harrison? Please share them with us below.