A Beatles 60th anniversary valuation is happening and fans could earn thousands for these Fab Four mementos - The Guide Liverpool
Contact Us Advertise with The Guide Our Video Services Follow us:

It’s 60 years ago on September 3 since The Beatles played the first of three gigs at Queen’s Hall in Widnes.

Almost a year before they became huge, mementoes from those nights – and two more on October 22 and February 18, 1963 – have become hot property for collectors, fetching up to five-figure sums.

And this weekend, Beatles and music memorabilia specialists Tracks Ltd are holding a free valuation in Widnes to coincide with the 60th anniversary so anyone with a Fab Four souvenir can find out just how much it’s worth.

Paul Wane from Tracks says that could be particularly good news if you’ve got an original concert poster or a signed copy of Love Me Do. 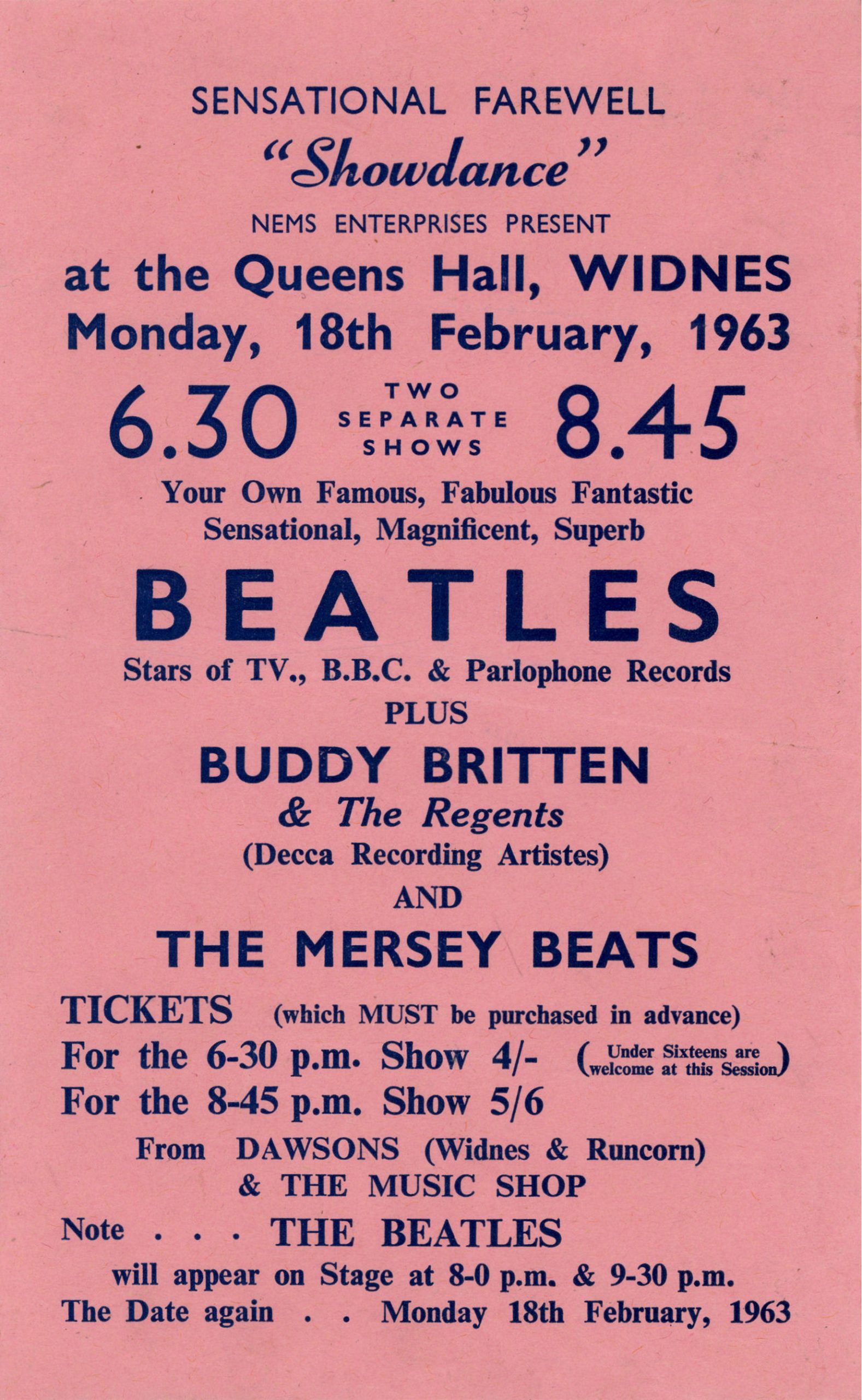 “Their fame really hit in summer 1963 so this can be classified as pre-fame and there’s a lot of interest from collectors in that particular period of their career, just before they made it big.”

The Beatles headlined each of the Monday shows but the support acts varied. On September 3, Rory Storm and the Hurricanes were also on the bill. The Hurricanes had just finished a residency at Butlin’s holiday camp on September 1 and weren’t too happy that their drummer, Ringo Starr, had defected to The Beatles. 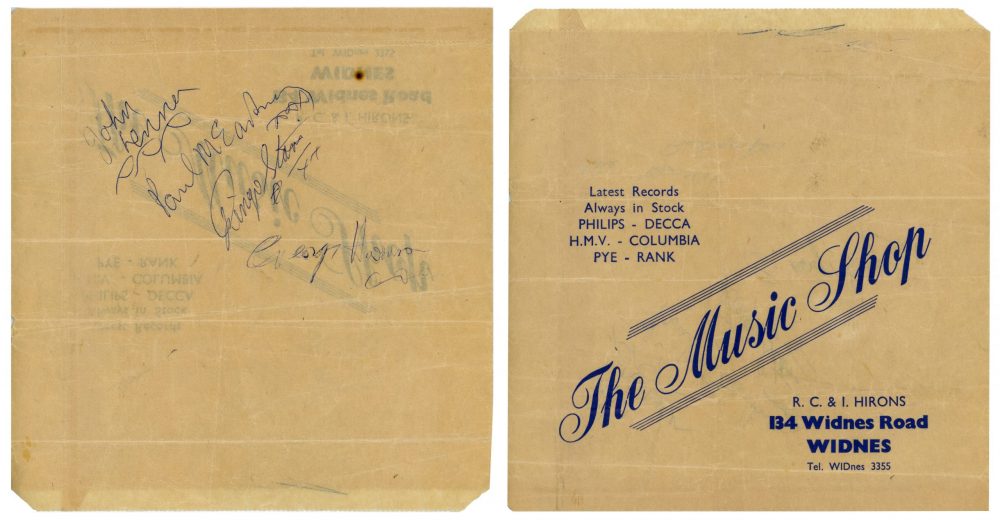 Paul says a 30in x 20in promotional poster for the three Monday gigs in really good condition can be worth around £12,000. Even much smaller flyers, which were A5 sized, can fetch £1,000.

But there’s a good chance that Widnes fans are sitting on some valuable autographs too.

“They also carried out two signing sessions in Widnes in October 1962, one at Dawsons music shop, and another the same day at a place called The Music Shop, to promote the release of the single Love Me Do,” he adds. 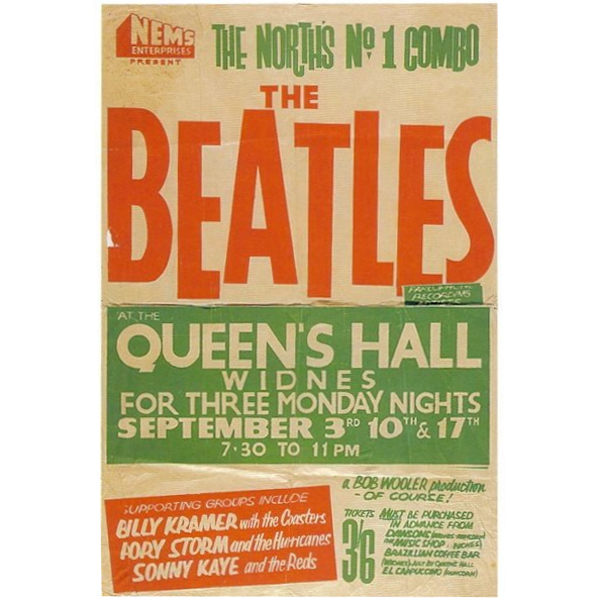 “You don’t get many signed Beatles records, but they signed quite a lot in Widnes so whatever are available have usually come from Widnes.

“With Love Me Do, it was pressed on red label so they could sign it in black pen, whereas all the others subsequent releases were on black label.”

Tracks have been holding valuation days across the country and in Europe for about 30 years but Paul says there are still rare gems out there waiting to be discovered.

“We are Beatles specialists, but we invite people to bring in all their music memorabilia so it could be Rolling Stones, Jimi Hendrix, Led Zeppelin …

“A lot of Beatles and other 60s stuff came out of the woodwork in the 90s and was sold then, either through auctions or companies like ours. That took the bulk of it, but I’m still surprised by how much keeps turning up. 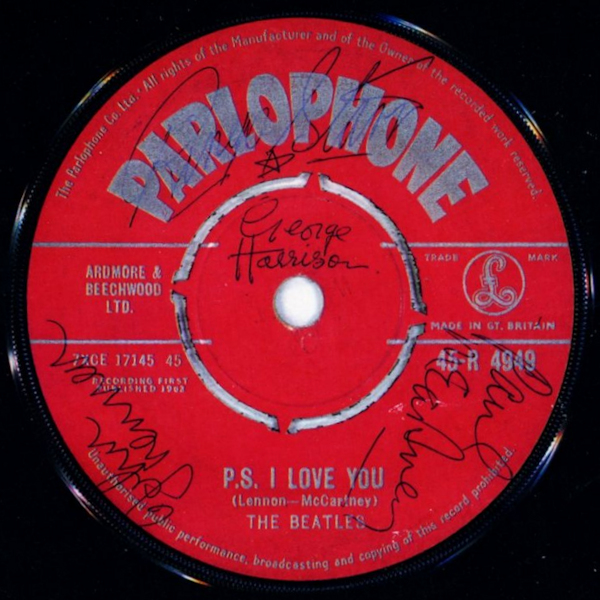 “Last week we were in Bangor and this fabulous set of signatures turned up from when The Beatles went to see the Maharishi. This chap knew the Beatles were in Bangor so him and his mate went into the uni complex and came face to face with John, Paul, George and Ringo – and Mick Jagger and Marianne Faithfull, who signed for him.

“Things like that keep happening, so you don’t have the bulk you had but we’re still getting these great pieces and for this type of memorabilia the price is really solid at the moment and the demand is relentless.”

Paul is hoping the Widnes valuation day will unearth something never-before-seen.

“I can’t recall seeing any photographs of the Beatles when they were in Widnes, not one, either on stage or off, or at one of the signings, so hopefully someone has one.

“A lot of people from the 60s generation who collected all this memorabilia are now retiring so they’ve got to make a decision whether they want to sell this material or pass it down to their kids. That’s why so much good stuff is coming onto the market.”

Tracks will be at the Trafalgar Suite of the Hillcrest Hotel on Sunday September 4 between 10am and 5pm offering free valuations on Beatles memorabilia – info here.