A ‘Big Surprise’ for Liverpool National Lottery Funded Hero - The Guide Liverpool
Contact Us Advertise with The Guide Our Video Services Follow us: 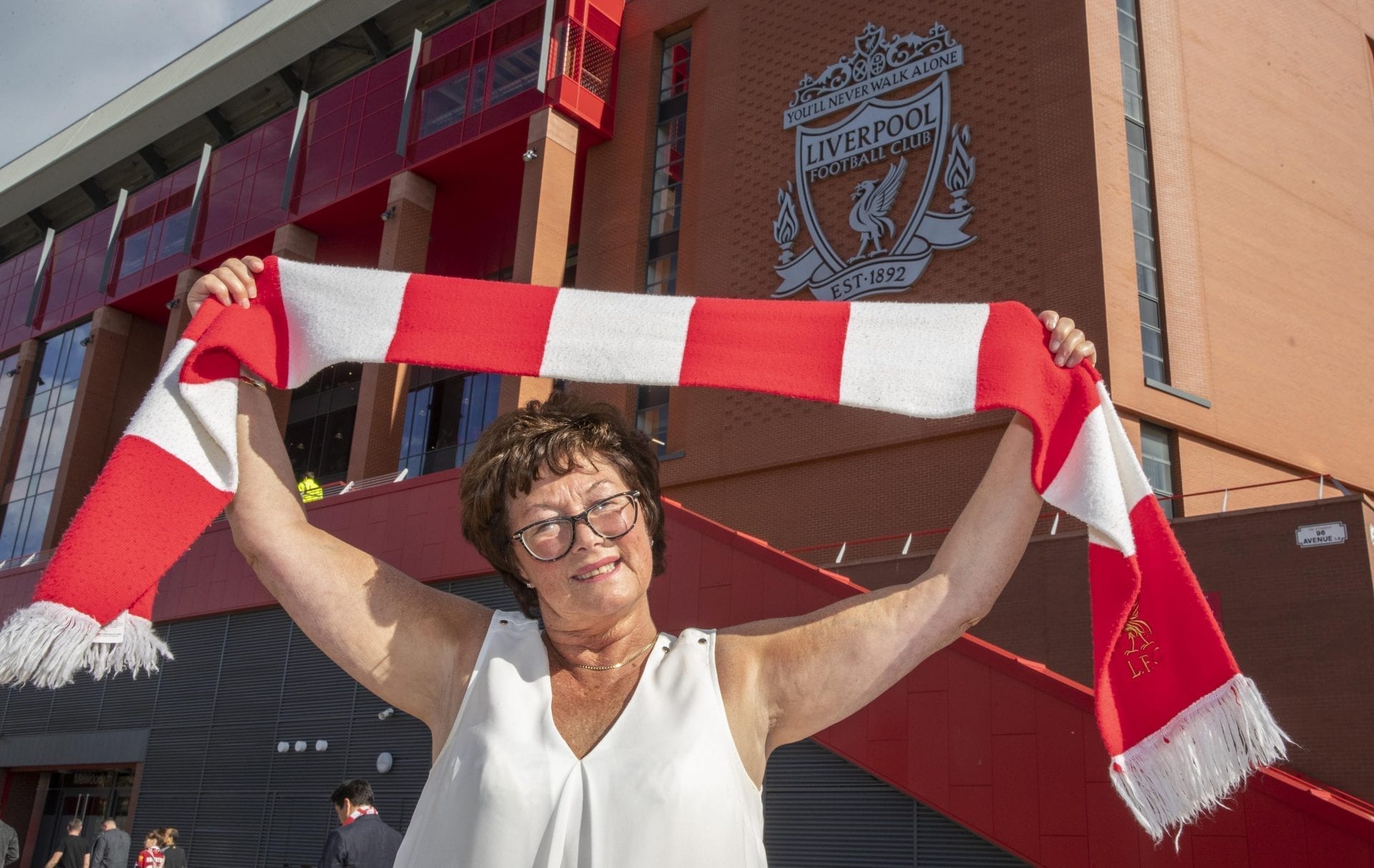 The National Lottery’s ‘Big Surprise’ – which honours the individuals who have made a real difference with the help of National Lottery funding – will this Saturday (28 September) make a dream come true for a special grandmother, Marie Rooney, from Anfield, who has spent over four decades supporting her community.

The ‘Big Surprise’ is a 90-second weekly slot during the ad break of Saturday night primetime ITV shows – meaning local hero, Marie, 70, is set to get national recognition with around 5 million people expected to tune in across the ITV network.

Marie has become well known for her tireless dedication to her community especially with her involvement with the Anfield Sports and Community Centre where she has been involved working with young people for nearly 40 years. The facility provides sporting, social and recreational opportunities for one of the most deprived areas of the country.

Marie, who retired as centre manager earlier this year, has been credited with the development of thousands of young people that have passed through the centre’s doors.

Often going above and beyond what is required, friends have described Marie as always being the first to arrive and last to leave at events as well as donating presents and tickets to those less fortunate. Since moving to Anfield in 1976, Marie took on an active role in the area taking on roles including chair of the neighbourhood council and a school governor. 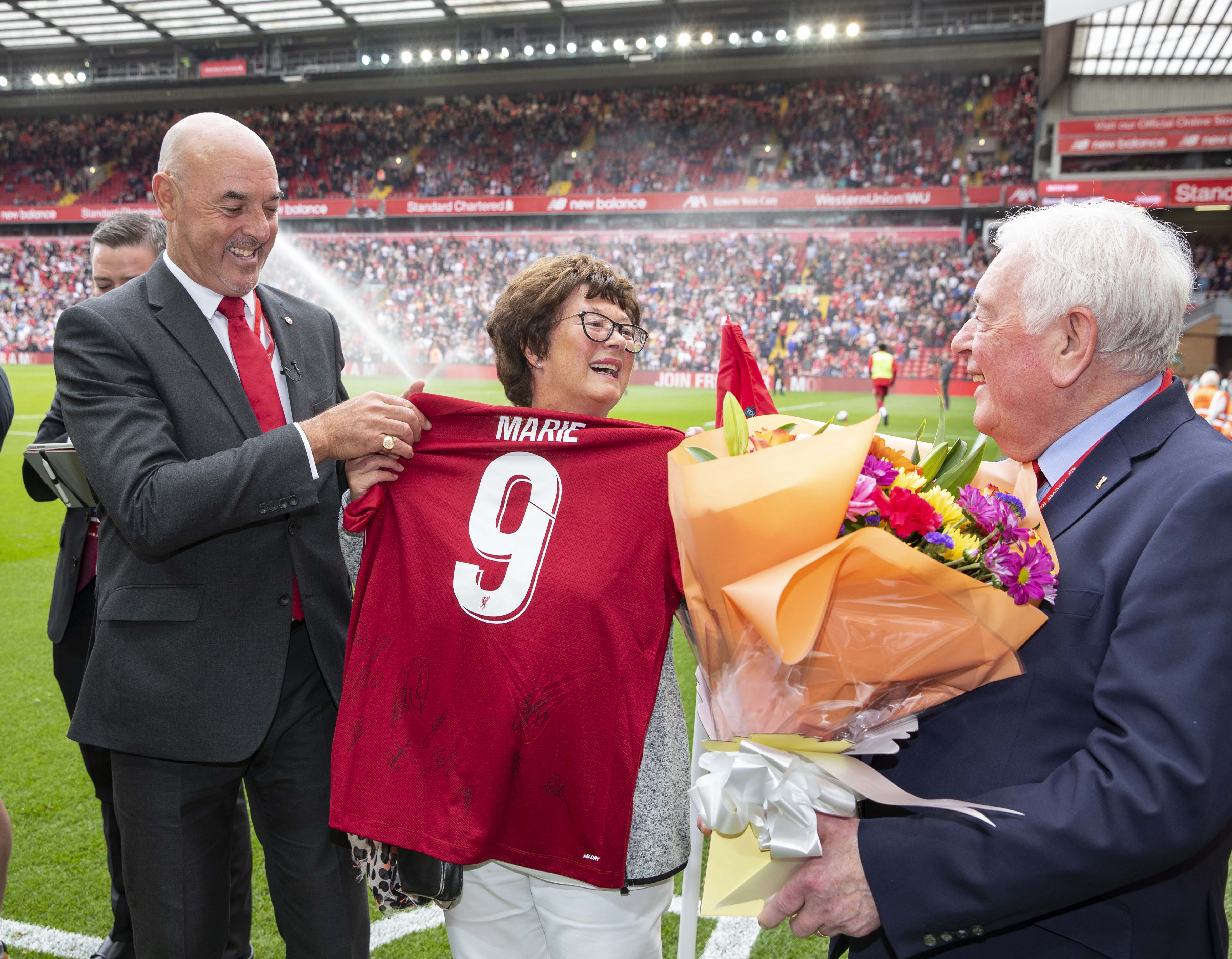 For Marie’s ‘Big Surprise’, The National Lottery arranged for her to be introduced to the 51,000-strong fans at Liverpool’s Premier League game against Newcastle on Saturday 14 September. Marie, a season ticket holder at Anfield, was given a special announcement over the PA system before being invited to join Liverpool footballing legends Bruce Grobbelaar and Ian Callaghan pitch side.

She was presented with a bouquet of flowers and a signed Liverpool shirt from the current crop of Liverpool stars and given a rousing standing ovation by the Anfield crowd.

Marie said, “What a special day that I will never forget. To have Liverpool players I have adored over the years like Ian and Bruce calling me a legend, it was a truly heart-warming moment. And getting a standing ovation from the Kop – wow, would you believe it?

“I have always been passionate about my community and that won’t stop, even in retirement.” 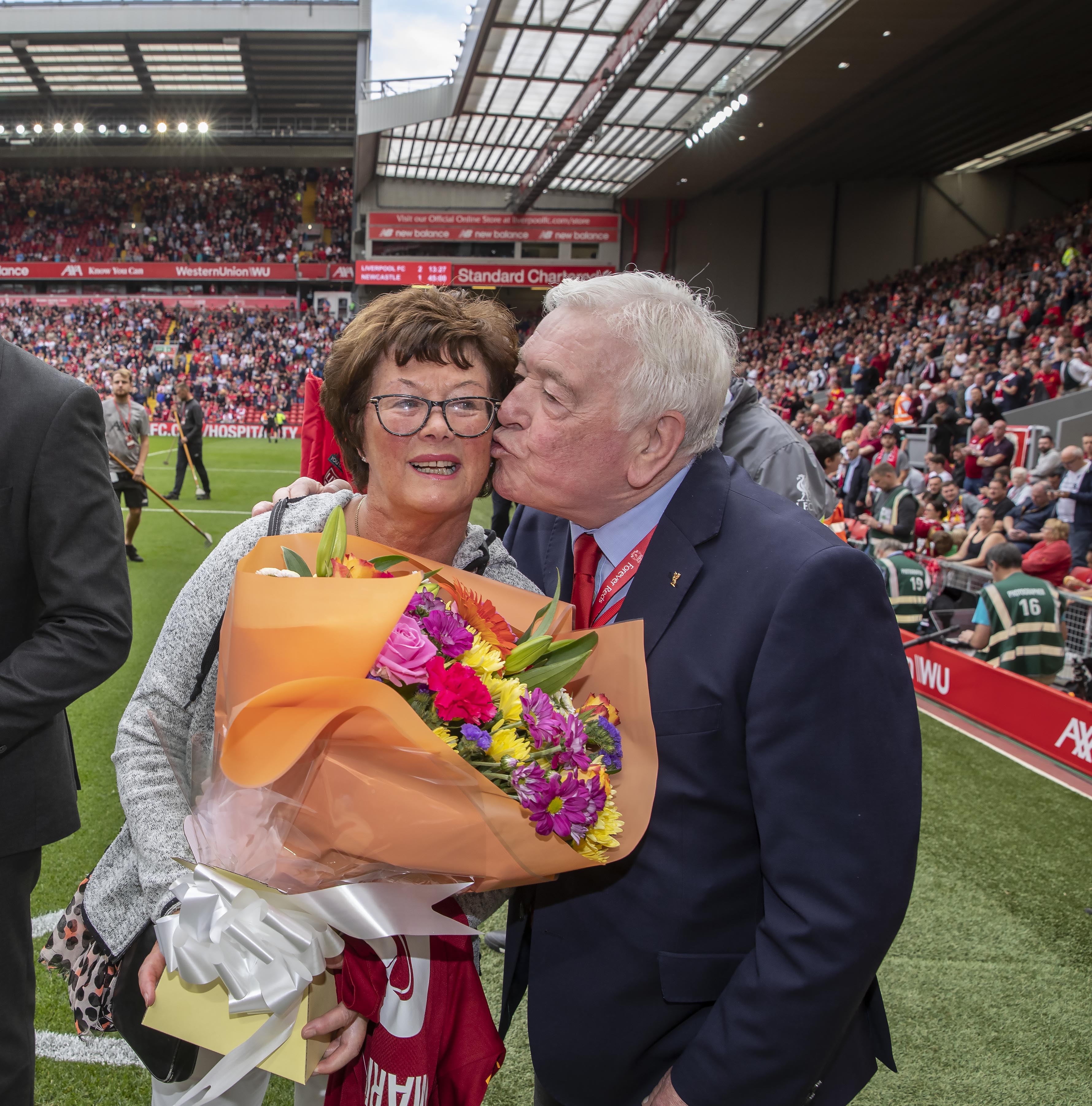 Marie’s ‘Big Surprise’ will air on ITV during the ad break of Britain’s Got Talent:The Champions on Saturday 28 September, and the all-important Saturday night Lotto results will also be revealed.

The Anfield Sports and Community Centre benefitted from £300,000 of National Lottery funding from Sport England’s Improvement Fund for the 4 Football 4 Everyone (4F4E) project. The scheme, in partnership with the Liverpool FC Foundation, Liverpool City Council and the Premier League helped fund the centre’s redevelopment in 2015.

In Liverpool, where the Anfield Sports and Community Centre carries out its work, almost 5,900 individual National Lottery grants have been allocated that have amounted to around £503 million of funding.

‘The Big Surprise’ is the continuation of the return of The National Lottery results to primetime TV through a commercial partnership with ITV (from 14 April 2018).

For more information on the Anfield Sports and Community Centre please visit: www.anfieldsports.org