A Brookside family cast reunion is happening to celebrate its 40th anniversary - The Guide Liverpool
Contact Us Advertise with The Guide Our Video Services Follow us:

Members of one of Brookside’s most popular families are getting back together to mark the soap’s 40th anniversary with a fan Q&A event.

The Corkhills were at the centre of some of the biggest storylines and were much-loved by millions of Brookie viewers.

To mark four decades since the first episode was screened on Channel 4 in November 1982, five cast members are reuniting for a one-off night as part of Smithdown Litfest.

Festival organiser Ian Skillicorn says he didn’t want the show’s landmark birthday to pass by without some kind of celebration which fans could be a part of. 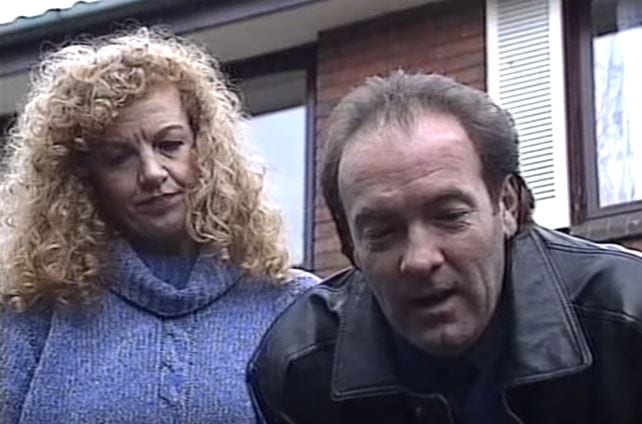 He explains: “I was a massive Brookside fan and about three years ago John McArdle who played Billy Corkhill was involved in Litfest. He wrote an autobiography which he came to talk about and he put on a really great event.

“I couldn’t believe that with such a big anniversary there didn’t seem to be anything happening so I contacted John again and said, ‘if I put on a Brookside event, would you come and do it?’ He said yes, and from that we’ve managed to get quite a few of the Corkhill family together so it’s nice to have a bit of a family reunion.”

Taking part in the reunion will be John, Kate Fitzgerald who played his screen wife Doreen, Justine Kerrigan who was their daughter Tracy, Paula Frances who played Rod Corkhill’s wife Diana, and little Jimmy Corkhill, George Christopher, who was also Ziggy in Grange Hill.

It’s been almost 20 years since the final credits rolled on Brookside, and not all the former cast are still acting professionally, so Ian says he was thrilled to be able to get the Corkhills back together.

“Because of the nature of the profession and the unpredictability of work schedules, trying to get everyone on a Saturday evening was a challenge so we were really lucky to be able to get those we did and I think it’s especially nice for fans to see a family from the show.

“Brookside was such a big part of Liverpool and a part of people’s lives, and so much talent came out of it, both in front of and behind the camera.

“This is an opportunity just to celebrate that, to talk about it and to share stories.”

Ian will interview the former soap stars about their memories of the show before opening things up to the audience.

“There’ll definitely be audience participation and a lot of Q&A because it’s a unique opportunity for the fans to ask their questions and also for the actors to talk directly to the fans,” he says.

One question which is likely to be top of the list is will there ever be an actual reunion, with the Close returning to our screens? It’s something Brookie lovers have been campaigning for ever since it went off, and Ian believes there’s no reason why it couldn’t happen one day.

“Twenty years later I don’t see why it couldn’t come back, maybe in a different format because television has changed and people’s viewing habits have changed. I don’t think it could go back to how it was but there are definitely still stories to be told and it would be nice to see it being made in Liverpool again too.”

All profits from tickets go to Al-Sabeen Children’s Hospital in Yemen, which is Smithdown Litfest’s chosen charity.