A cinema lovers guide to October in Liverpool - The Guide Liverpool
Contact Us Advertise with The Guide Our Video Services Follow us:

A cinema lovers guide to October in Liverpool 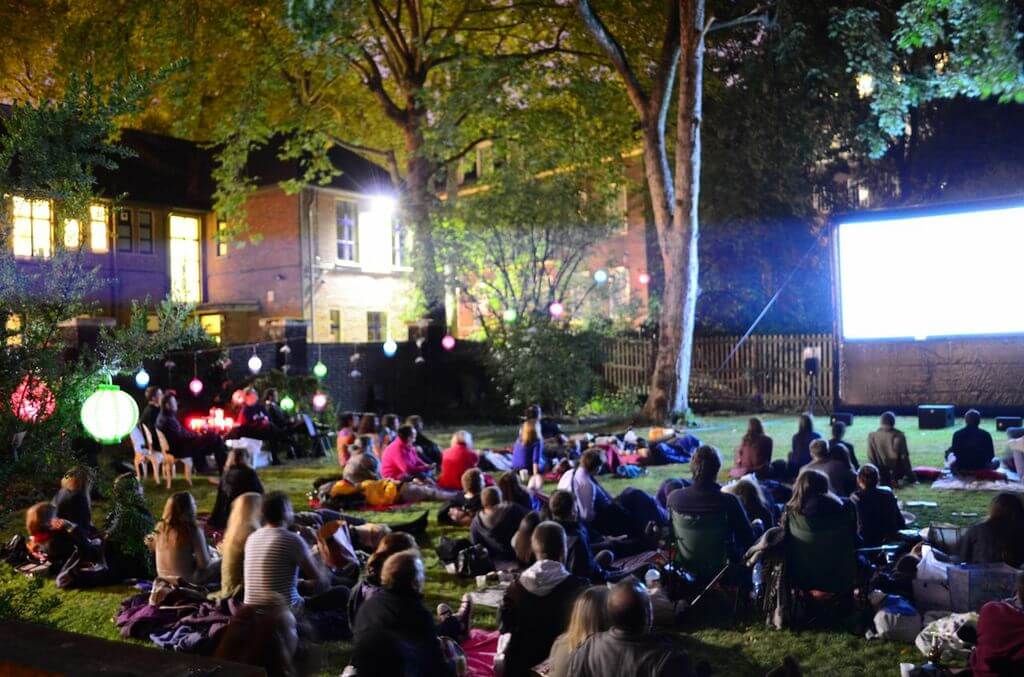 Home › Events › A cinema lovers guide to October in Liverpool

Popcorn at the ready, our resident film critic, Alex Dop has lined up a whole month’s worth of special screenings for all you film buffs.

Liverpool has an underrated relationship with cinema, yet the region is littered with tonnes of big screens showing everything from Hollywood blockbusters to indie flicks and all manner of animation. Our beautiful city has played its part, literally, masquerading as downtown US locations, throughout time and Liverpool has even born a number of big screens stars to call our own.

If you’re off the ale, a bit strapped for cash, or just fancy a night of escape on the silver screen, our cinema guide to October in Liverpool is the one for you…..

After two sell-out nights on the 7th and 8th October in less than 5 hours, the incredibly innovative Independent Liverpool have decided to do one more on Monday 9th October. Their will be a showing of the French, fanciful comedy, Amélie which a young woman discretely orchestrates the lives of the people around her, creating a world exclusively of her own making. Shot in over 80 Parisian locations, it’s not only visually stunning but a feel good film still loved to this day.

The gates to the secret garden will open at 7pm, arrive early to grab your seat and a drink and the film will start roughly around 8.30pm. There will be entertainment from a local musician who will be singing some classic love songs to set the mood. Tickets are just £12 so grab your mates or loved ones and snap them up, as this will sell out quickly. There will be a bubbles bar and food available on site also, with the Secret Garden location being revealed via email a few days prior to the event. But sssshhh, you did not hear it from us. Get your tickets here.

The Phil often put on screenings of classic films accompanied by their aw-inspiring orchestra, with E.T earlier this year, and Alfred Hitchcocks Psycho being stand outs of recent years. They are like nothing else in the world of cinema or live music, a truly unique evening out. Highly regarded as one of the best films ever made, Casablanca is a thriller, a film noir, and an unforgettable weepie and these screenings, with Max Steiners orchestral score played live by the full Orchestra, will make it spring to life, sounding as rich and as passionate as it did when it was first released back in 1942. The fundamental things apply, so play it again, Sam! Tickets and info here.

For one weekend, and one weekend only, one of Liverpool’s most iconic and breath-taking venues welcomes a small festival of film, fun and food. On October 20th there will be showing of the feel-good, fantasy adventure, The Goonies, whilst on October 21st will see a screening of Matilda – the story about a very special girl and a boy who likes a lot of chocolate cake. Finally, on the 22nd October, the family friendly finale will be an evening spent with Willy Wonka & his infmaou Chocolate Factory – the story of a sweet tooth, a golden ticket and some oompa lumpas. 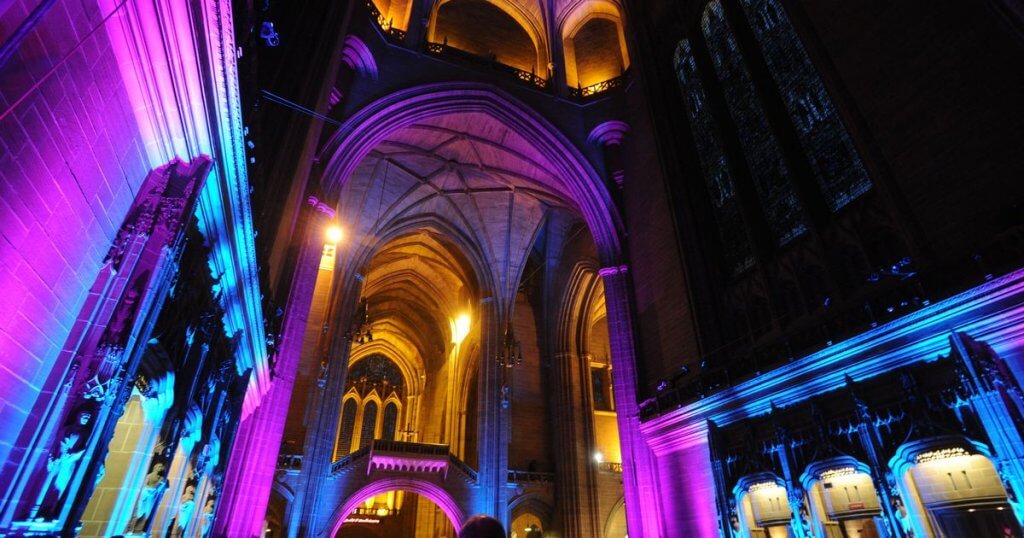 This is definitely the first, and maybe the last, cinema night that has ever been put on within the stunning walls of The Cathedral so we urge you to not miss out as this promises to be a memorable evening or three. There will be a bar, dessert shack and a local food trader on site so prepare to come hungry and leave happy. Get your tickets here now.

This Halloween, fall back into the 80’s as Constellations is transformed into the immersive depths of Hawkins, Indiana. Filled with exciting twists and turns as you make your way around the venue, supernatural happenings as well as a live 80’s synth bands performing music from the critically acclaimed science-fiction-horror tv series; Stranger Things, a series that isn’t just influenced by Spielberg, Carpenter and 80’s cinema, but actively is trying to bring it back. 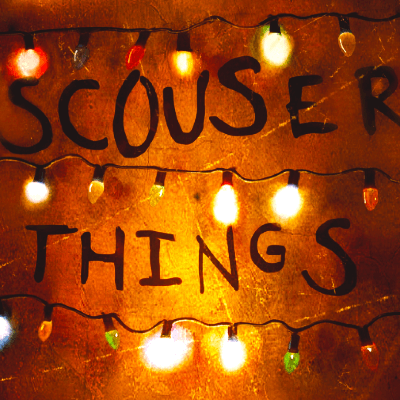 With the launch of the next Stranger Things series airing globally on Halloween weekend, Constellations are teaming up with a film production team to push through to the underneath. Featuring backdrops, immersive aerial settings, supernatural beings, classic 80’s arcade consoles and even telepathic soundscapes. We’ve got your Halloween ticked off, and remember, dress accordingly! Tickets and info here.

Prepare for a scare! You’re in for a unique night of cinema at The Dome on 31st of October where ghouls, vampires and more will be lurking in the shadows of the Renshaw Street venue that is infamous for its hauntings. The Victorian style theatre will play host to the cult horror classic, The Blair Witch Project. Yes, as if the film wasn’t scary enough there’s some horrifying characters to welcome you and interact with you during the film. The found footage pioneer is known for it’s ever growing tension as the filmmakers lose their way through dense woods. 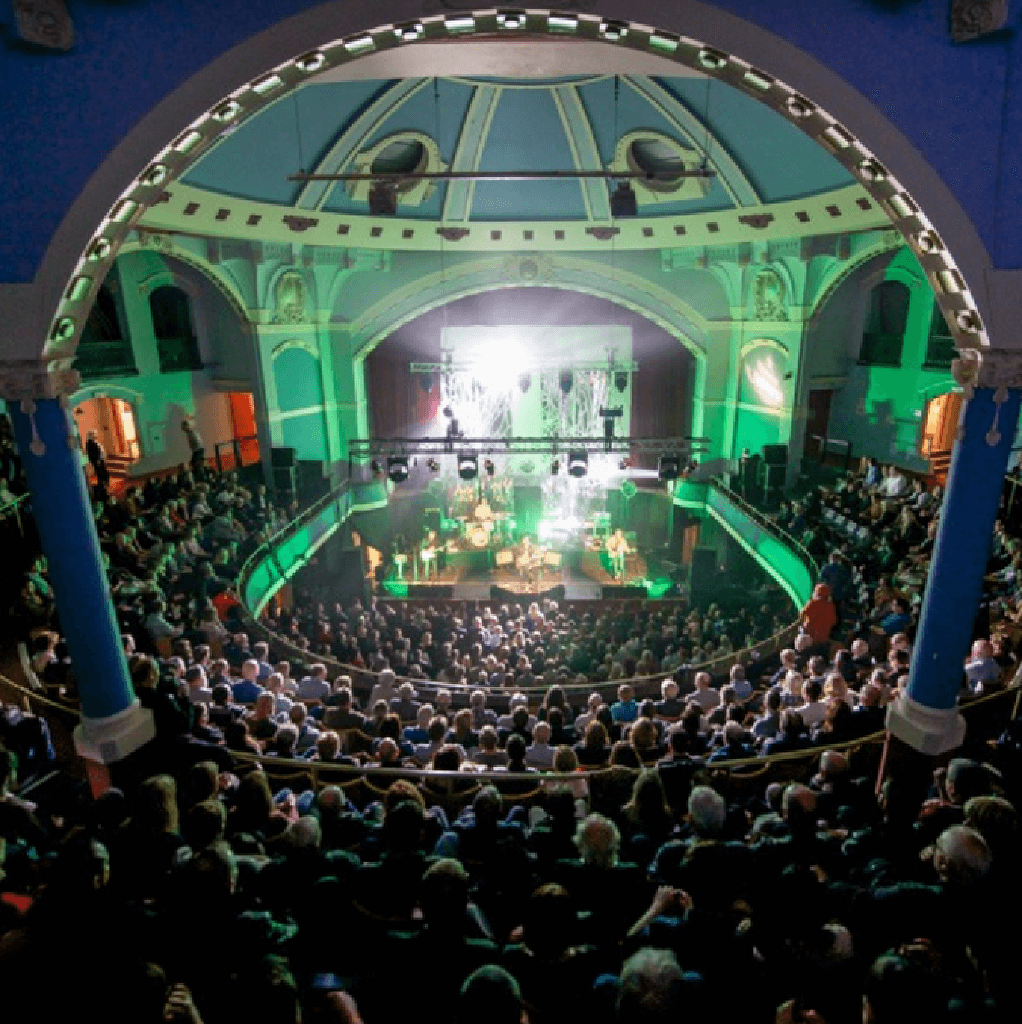 There will also be a fully equipped bar with sweets and treats. The beautiful space has been many things over the decades but over late October it will turn into our haunted house for the evening where terrifying tales will come to life. A word of warning, there will be scary actors hidden around the building so the organisers advise against attending if you’re pregnant, suffer from panic attacks or heart problems. Find out more and get your tickets here.

This isn’t the same deal as the Casablanca screening; there will be no orchestra for this one. However, if tickets prove to hard to get hold of for Casablanca then we highly recommend just heading down to The Phil to catch Bill Nighy’s latest horror inflected thriller. Although just a normal screening, The Phil like to put on certain films before they leave the cinemas to give you a chance to catch them in the sumptuous surroundings of their beautiful building. Although not a hugely horrifying viewing, it certainly is a piece that would feel very at home in this oldy-worldy arena, topping off the month of Halloween very nicely. Get your tickets here. 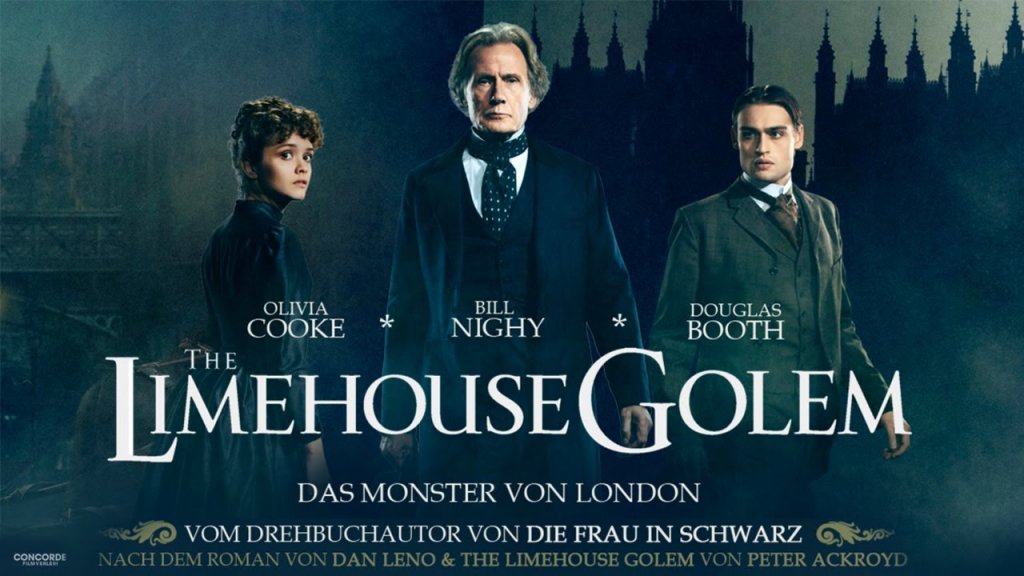 What are you going to see this month? Does your local cinema have an awesome kids club? Halloween horror screening? Brilliant customer service or the best popcorn around? Tweet us @TheGuideLpool or email [email protected] and we’ll share your suggestions on our socials. Roll the credits!