A Gig Lovers Guide to November in Liverpool - The Guide Liverpool
Contact Us Advertise with The Guide Our Video Services Follow us:

A Gig Lovers Guide to November in Liverpool 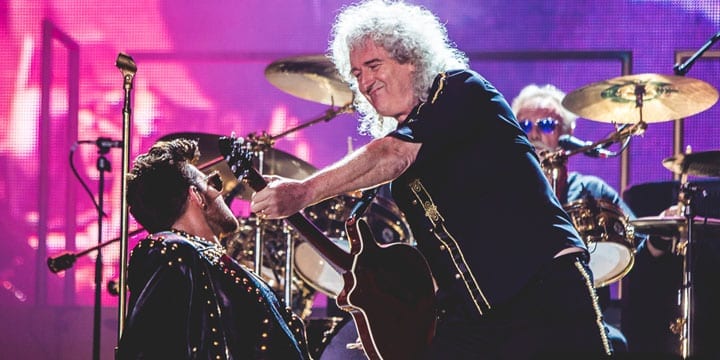 Home › Culture › A Gig Lovers Guide to November in Liverpool

October saw Liverpool Music Week spark life into the Autumn months in the city, a spark that has carried over into the first few days of November as the festival is rounded off just before Bonfire Night with it’s Closing Party at The Invisible Wind Factory and North Shore Troubadour.

The event is headlined by Alt-Pop pioneers, Everything Everything, and, although it marks the end of the festival, it marks the start of one hell of a month of live music in Liverpool. The scene just keeps on ticking! 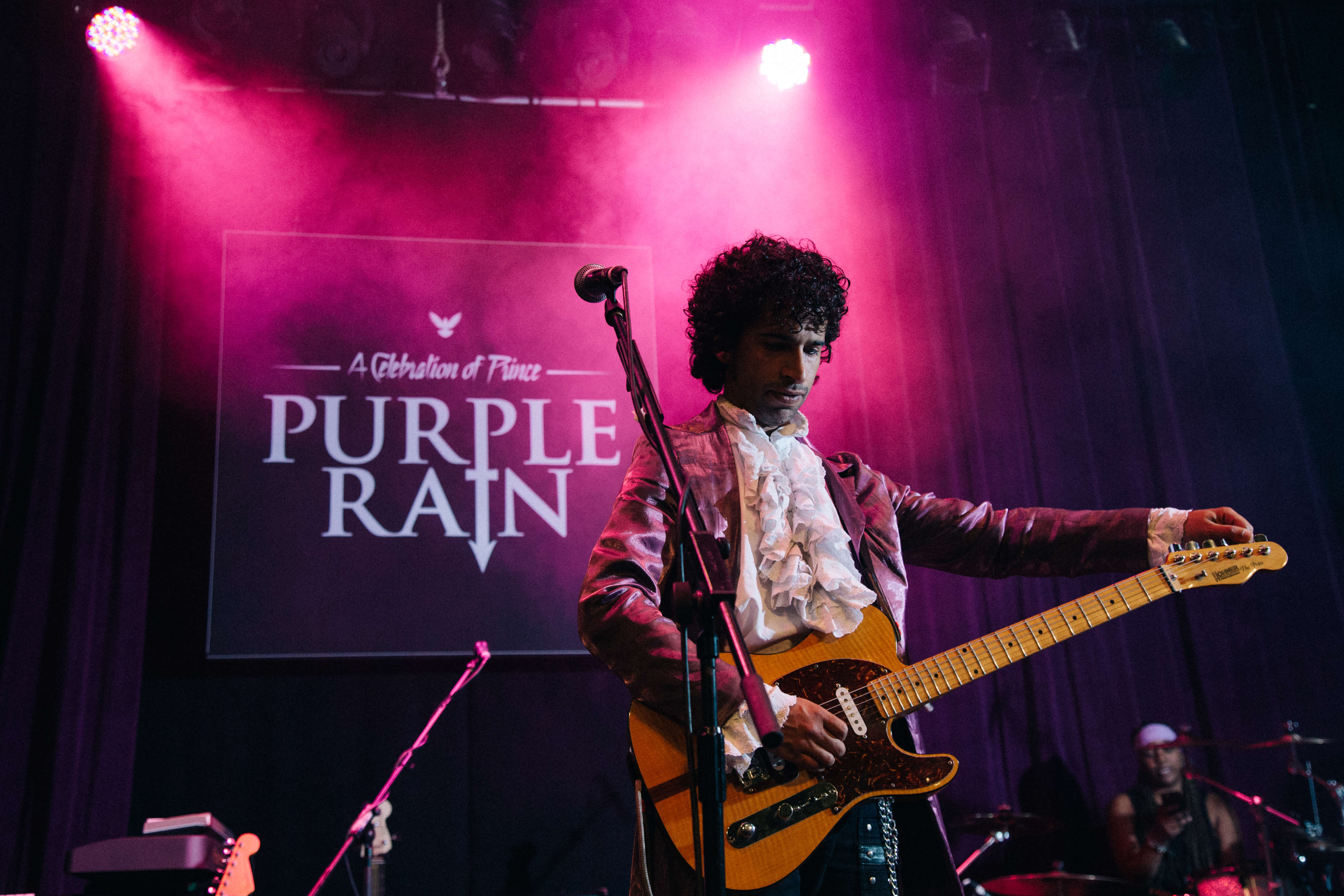 This month has real taste of nostalgia about it as a David Bowie tribute comes to the O2, Robert Plant comes to the Olympia and the later mentioned Queen taking to the Echo. However, starting this trend is a premier performer paying homage to the late, great Prince. The show is a two-hour live music gig, featuring all of Prince’s best loved hits, from a full 9 piece band, fronted by the enigmatic Jimi Love. Expect to see, hear and feel the hits from one of the most loved artists of all time; 1999, Little Red Corvette, Purple Rain, Kiss and, of course, many, many more. 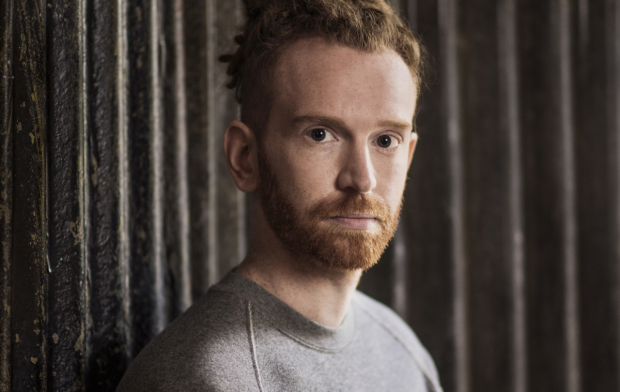 We’ve talked about Faulkner before in the gig guide as he took our Scandinavian surrogate sisters, I See Rivers, on tour with him. This time he comes to the city in promotion of his new material after starring in the West End production of Green Day’s, American Idiot. The guys is guitar master and we couldn’t be more excited to see what his time in the theatre has done for his live show. And, although one should expect lots of exclusive new music, keep a keen eye out for his hit song, Dream Catch Me and, in connection to our nostalgia theme, a breath-taking cover of Queen’s Bohemian Rhapsody. 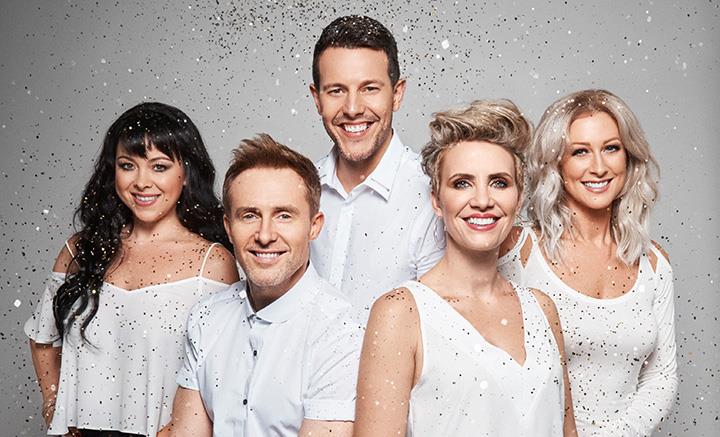 Now this is nostalgia of completely different kind, but nostalgia none the less. Last month we saw the We Love The 90’s tour tear up the Echo, and the recentl;y reunited Steps arrive to do finish what Vanilla Ice and the gang started. As if one set of 90’s Pop-icons was not enough, Steps have brought The Vengaboys on tour with them, add even more colour to what is already a vibrant night with sing-alongs and shell suits in abundance. Whether you’re going ironically, with your tongue in cheek or, because this is your ‘not so guilty’ pleasure, it would a tragedy for you to miss this one! 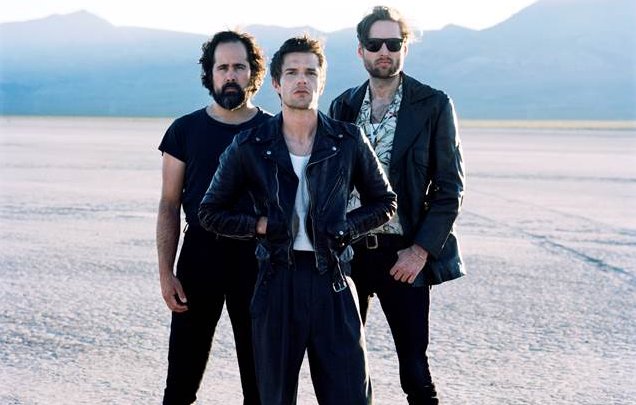 This a band that needs no introduction, a definite modern classic who not only paved the way for many of our favourite Indie artists, but neigh on invented a whole sub-genre of radio friendly Indie-Rock. In support of their 2017, reunion release, The Killers have been adding shows due to popular demand like it’s going out of fashion on this tour. Sure to feature classics such as Mr Brightside, When You Were Young and Human, the night will bring the bands collective experience with their new music to create show not to be missed; one that you will remember when you were young. 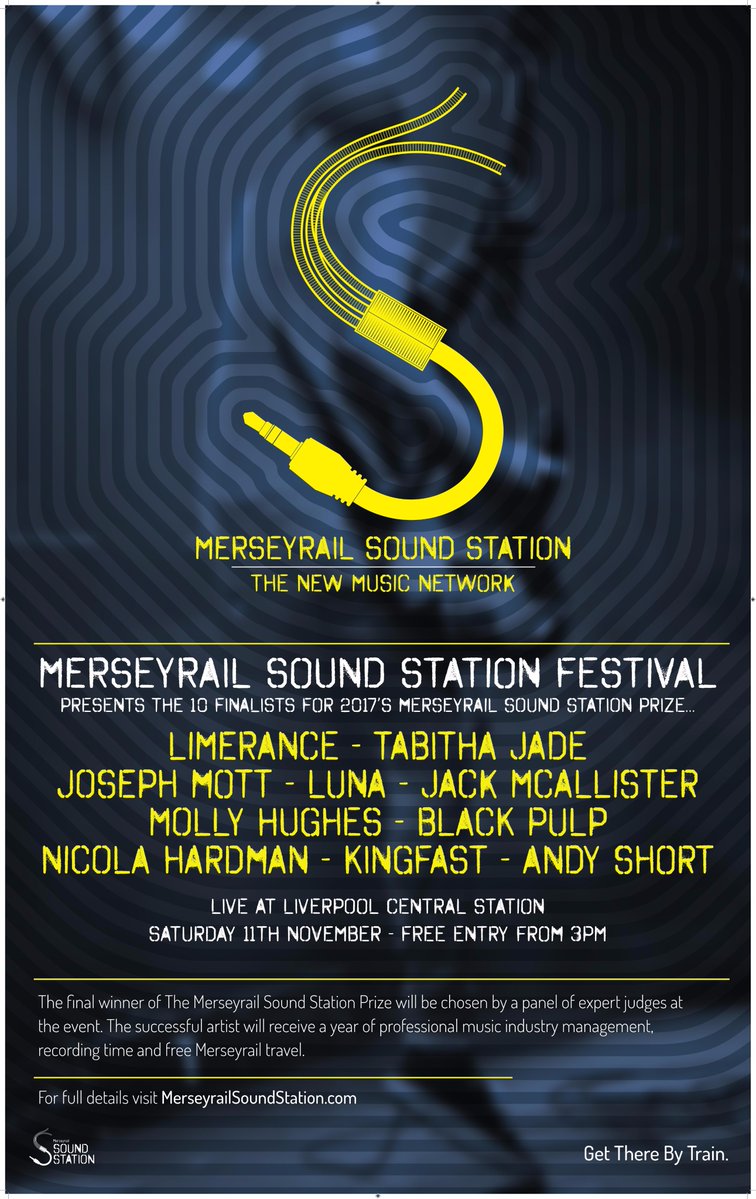 One of Liverpool’s biggest and most respected music talent searches is back for its fifth instalment this time taking over Liverpool Central Station on Saturday 11th November from 3pm. Previous winners have included Blue Saint, Katy  Alex and Astles. The winning artist will receive 12 months industry mentoring, free train travel courtesy of Merseyrail and studio recording time. Go and check it out, it’s free! 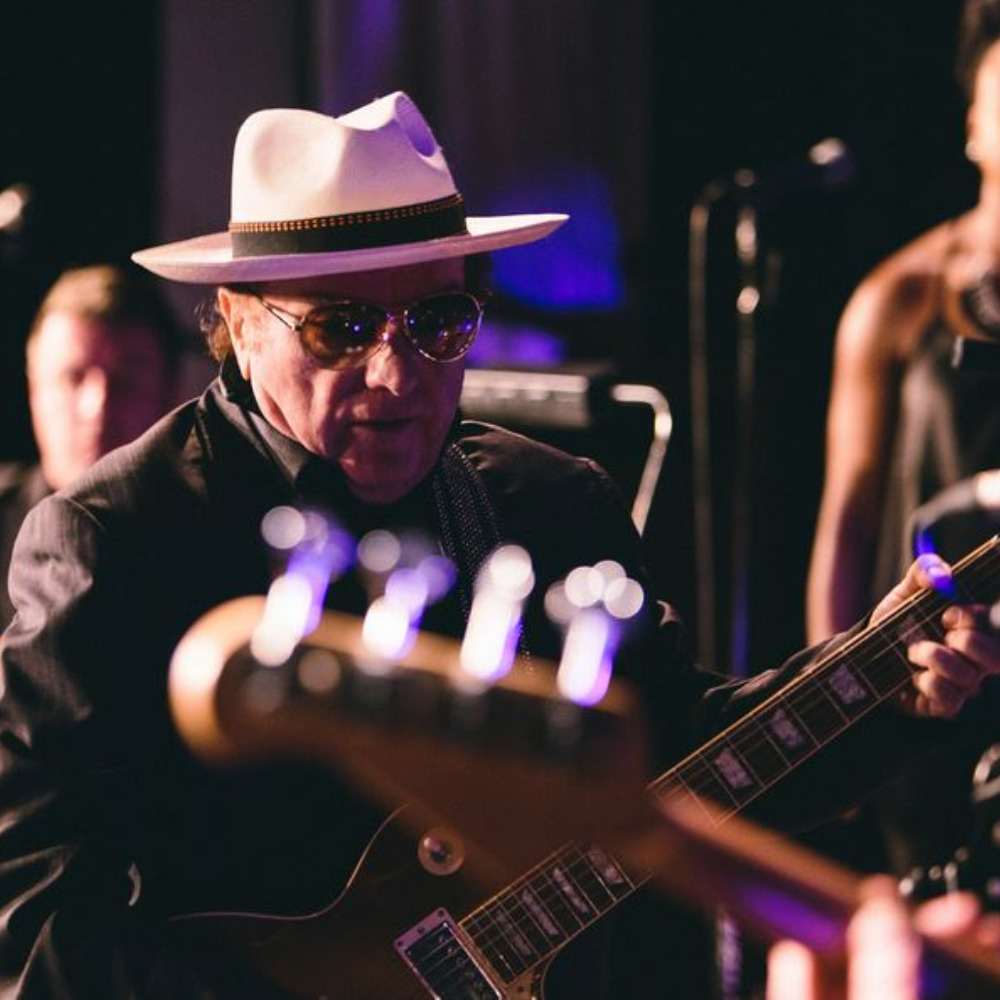 Keeping up the theme of nostalgia, The Phil brings you the Belfast born Folk-Pop icon that is Van Morrison accompanied by his band. This may be one for gig goers of a certain age, however, that is nothing to be sniffed at. Van Morrison is responsible for wedding dance floor fillers such as Brown Eyed Girl, Moondance and Have I Told You Lately? If his hits are so popular when cover bands are playing them, just imagine how alive the room is going to be when the man himself is playing them! 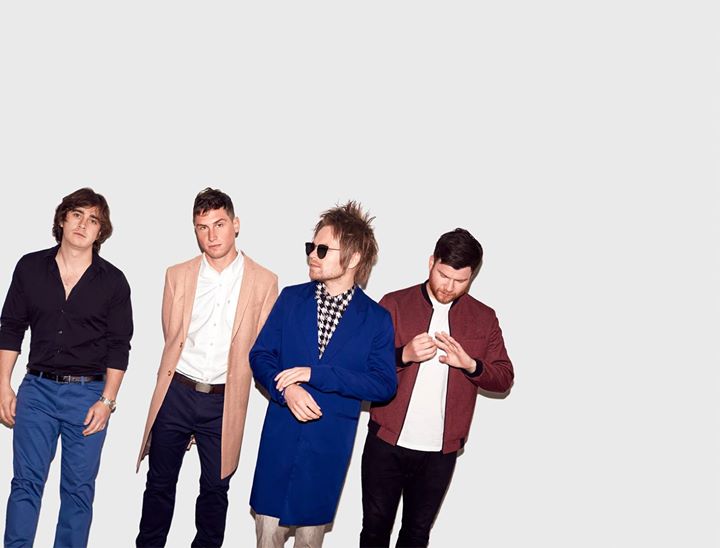 Although it may not immediately seem like it, Enter Shikari do provide us with another thread to our theme of nostalgia. If you had a fringe that covered your entire face when you were 14, then this show will be a throwback of a kind unique to you and your scene. Shikari have done an amazing job of reinventing themselves with every album whilst keep that unnameable something and an energy for playing live that is unmatched. Get your glow sticks at the ready as we turn the retro setting of The Olympia into a futuristic, glowing coliseum. 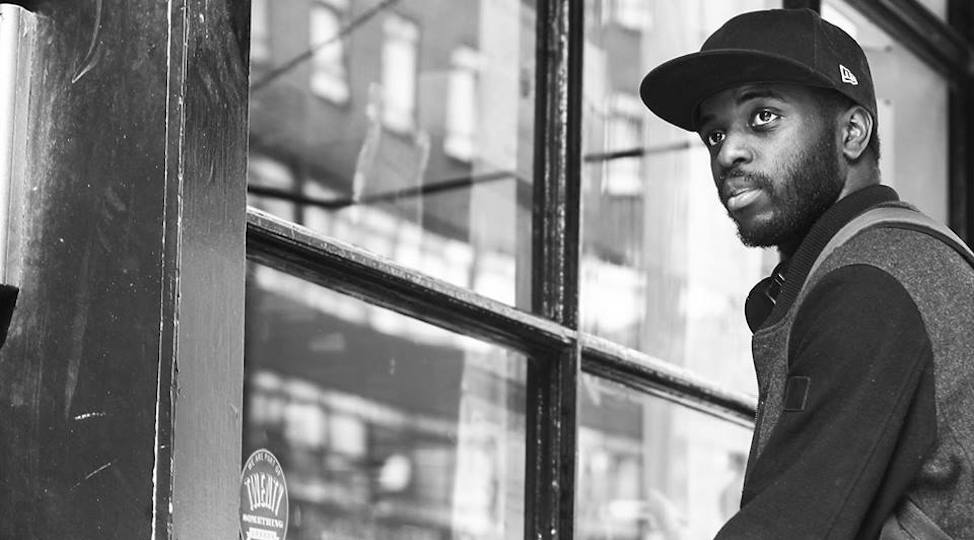 We like to include at least a little variety every month for our music fans and gig goers, and this is one for this month. Growing up in Newham, East London, Alfa Mist began his musical journey as a grime and hiphop producer. The self-taught pianist, and sometimes rapper, soon found himself drawn to the jazz, world music and film soundtracks he discovered through sampling. His recently released second album ‘Antiphon’ has pushed him forward in the new jazz scene as one to watch following the warm reception of his first record ‘Nocturne’ which featured the likes of Tom Misch and Jordan Rakei. 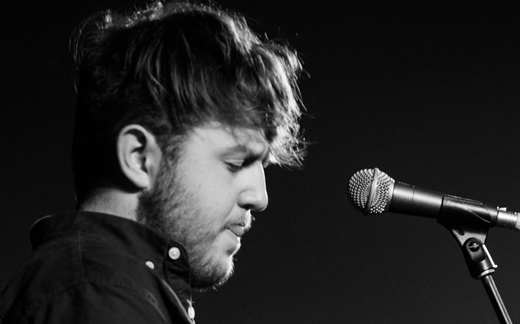 Since the Merseyrail Sound Station Prize we have followed Astles very closely to see what this sleeping giant will do as he slowly wakes. This month he releases his latest E.P with a launch event at The Baltic Triangle’s District. Be prepared for a harmony and aesthetic that will suck you in and leave you in awe throughout, a sound that suits the season sensationally. We’re excited to see hear the EP, of course, but there is nothing like seeing this young prodigy live. 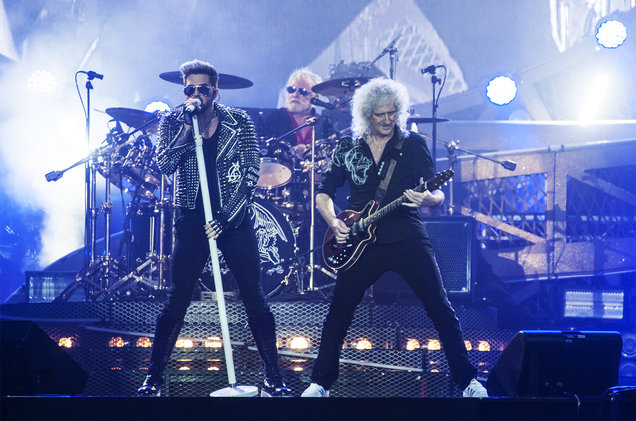 It’s quite incredible that Queen have kept going for as long, and as successfully, as they have. After the 3 original members reunited with Phil Collins stepping in to put his own take on the irreplaceahle Freddy Mercury, the band has kept the music, and its message, alive around the world. After the departure of original bassist, John Deacon, the remaining founders, Brian May and Roger Taylor, have brought in the likes of Paul Rodgers and Adam Lambert, who has taken up the mantel for the last 7 years. Lambert does a great job of being an amazing showman who is clearly influenced by Mercury, without doing an impersonation. 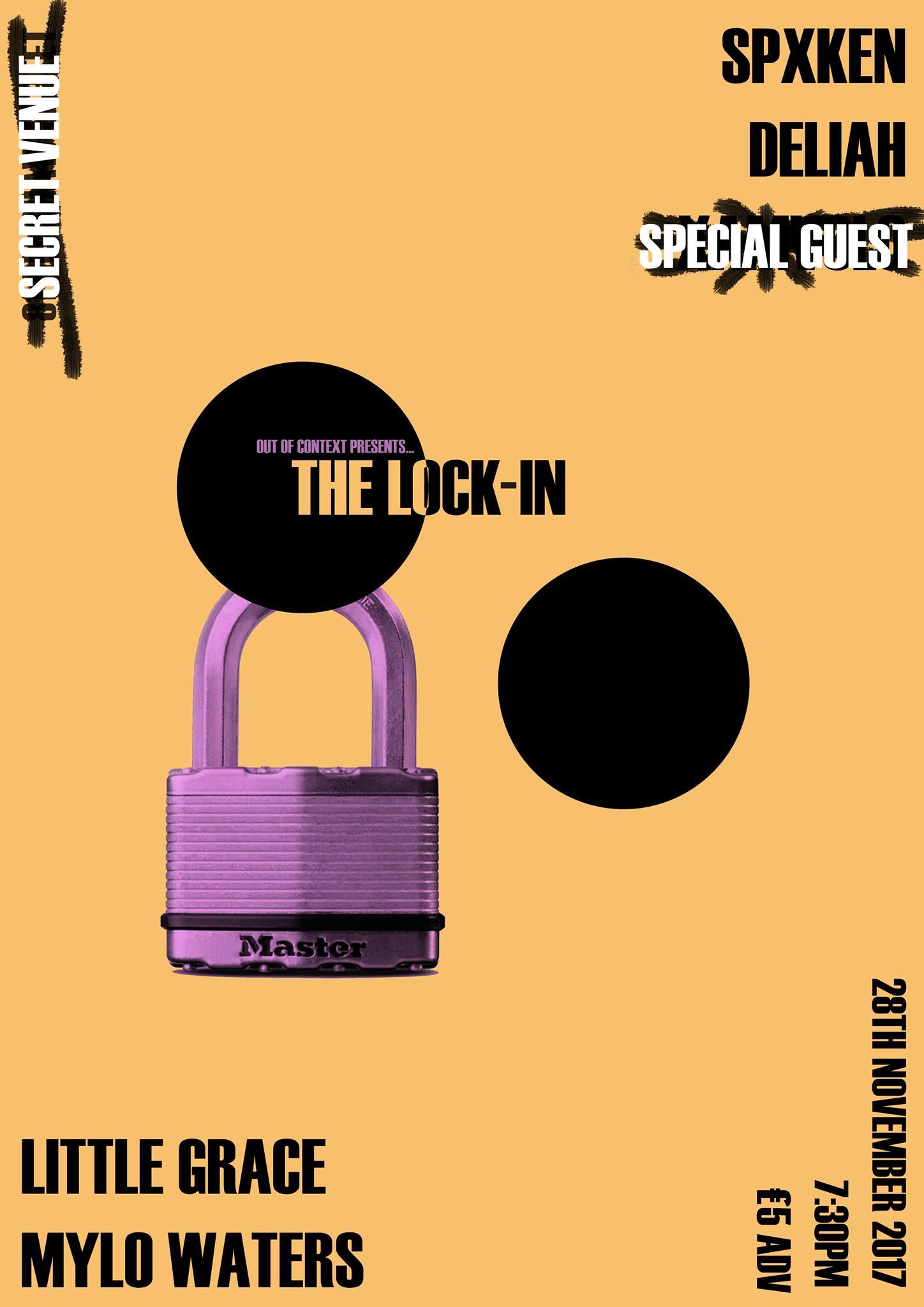 Intrigued? We are. All we know is that the Lock-In is a show put on by all the bands on the bill in conjunction with Out Of Context. The location is secret and will be revealed to those who are confirmed as attending closer to the time. However, there are limited place, with less than 100 tickets available, so get them now to get in on the underground action. The night features local sub-culture artists such as Little Grace, DELIAH, SPXKEN and Mylo Waters, as well as a ‘Special Guest’…this show is so secretive that we daren’t feel left out of what sounds to be an interestingly innovative experience. Get your tickets now.

Honourable mentions to Robert Plant who comes to The Olympia on 25th, Country starlet with a tour-de-force of a voice, Katy Hurt, who comes to Studio 2 on 9th and, finally, Dodgy, Deaf Havana and Nothing But Thieves who all grace us with their presence this month. It’s been tough to pick the top 10, let me tell you!