A huge new mural dedicated to Nelson Mandela has just been finished in Liverpool 8 - The Guide Liverpool
Contact Us Advertise with The Guide Our Video Services Follow us:

The stunning mural, which features a portrait of Mandela and an inspirational quote from him, is at the Upper Parliament Street end of Princes Avenue, on the wall of the Kuumba Imani Millennium Centre (KIMC).

Standing around 50ft high, the artwork is a powerful addition to the area commissioned by local charity Mandela8.

Its completion comes ahead of a planned week-long visit to Liverpool by Nelson Mandela’s family in July to officially open the new Mandela memorial in Princes Park. His daughter Dr Maki Mandela and granddaughter, Tukwini Mandela will cut the ribbon on the memorial dedicated to the iconic South African leader.

Artist John, from Huyton, has produced some of the most well-known murals across the city – including the gigantic brightly-coloured Liver Bird on the side of the Wedding House in the Baltic Triangle.

He says after a week on the project he’s proud, and relieved, by how well this one has turned out.

“I’m ecstatic with it, I think it’s probably the best piece I’ve done up to now, technically, and it’s turned out just the way I wanted it to,” he says.

John was approached to create designs for the mural by Mandela8 ambassador Stephen Nze. 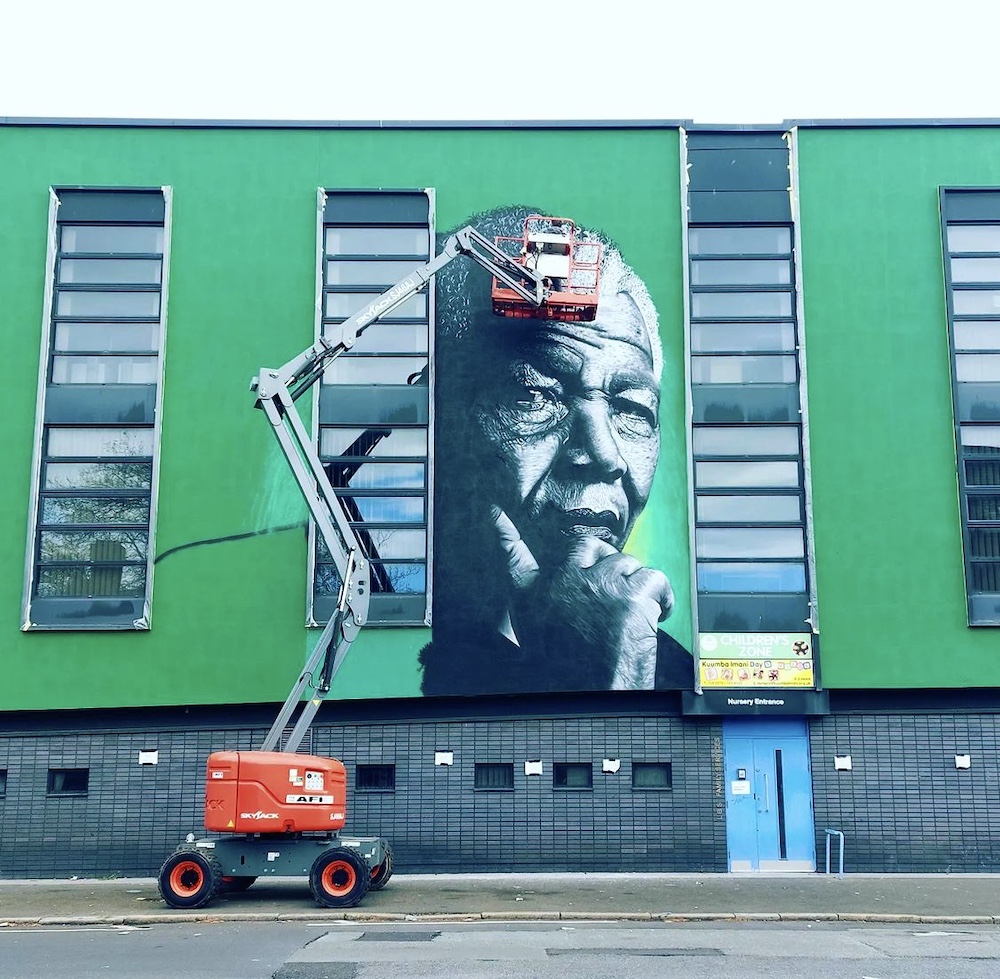 “I worked with him on a project in Lodge Lane last year which got a great response and he told me he had this project with Mandela8. He asked me to submit a couple of different designs, which I did, and there was a lot of interest for it so they managed to get funding.”

He scoured the internet looking for just the right image and then suggested quotes which would best sit alongside it.

“I pulled as many images as I could off the internet, the most high resolution images I could find because when you go to this scale you really will lose a lot of detail if you don’t have the right image.

“I narrowed it down to four or five nice ones that I thought would work, then I looked at the shape of the building and the space I had to use and picked the one that would fit in best.

“I submitted three or four suggested quotes with the original mock-up design and they chose the one they thought most represented the message they wanted to get across which is how different communities can all come together as one to have a positive impact.”

The quote from Nelson Mandela, which reads ‘Education is the most powerful weapon we have to change the world’ was the final element to be added to the finished mural.

Now John says he’s looking forward to thousands of people passing it every day on their way into town, and he’s especially excited to know it will be seen by Mandela’s own family.

“As his family come down Princes Avenue towards the park they’ll go past this mural which is an honour for me and honestly quite surreal. I did feel some extra pressure when I was painting because of that, but once the lines were on and my sketch was done I calmed down a bit because I knew everything was in proportion and that’s the most important part. 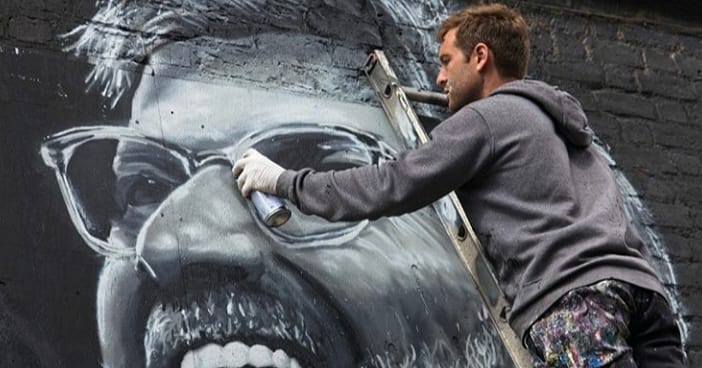 “If anything had been wrong, I’d have been there until the visit fixing it, but luckily it’s all come out well. It’s one of those where I can look at it and think, wow, have I just done that?”

Mandela8 are just as pleased with the end result and the impact that it will hopefully make as a landmark in L8, sending out a positive message.

“This has been a while in development behind the scenes and adds to the already significant regeneration along Princes Avenue that has seen Mandela8 influencing and shaping the very fabric of our community. It will be a fitting tribute to one of the most significant leaders in the world in advance of the Mandela family’s visit to Liverpool this July.

“John Culshaw is an amazingly talented artist, and it has been a privilege for Mandela8 to work with him. We have already seen a real excitement about the work developing and we envisage – like all John’s work – it will become a major attraction for visitors.”

Find out more about Mandela8 here.