A huge piece of anti-Trump artwork has appeared near the Royal Liver Building - The Guide Liverpool
Contact Us Advertise with The Guide Our Video Services Follow us:

A huge piece of anti-Donald Trump artwork is taking shape near the Royal Liver Building.

The 1,500 square feet Trumpscape jigsaw is an “apocalyptic vision” of Mr Trump’s America in the age of Covid-19.

It is covering an area near the Grade I listed building on the city’s waterfront.

Liverpool City Council assisted with the location of the artwork but says no taxpayers’ cash has been spent and the project is funded by TV channel Sky Arts. 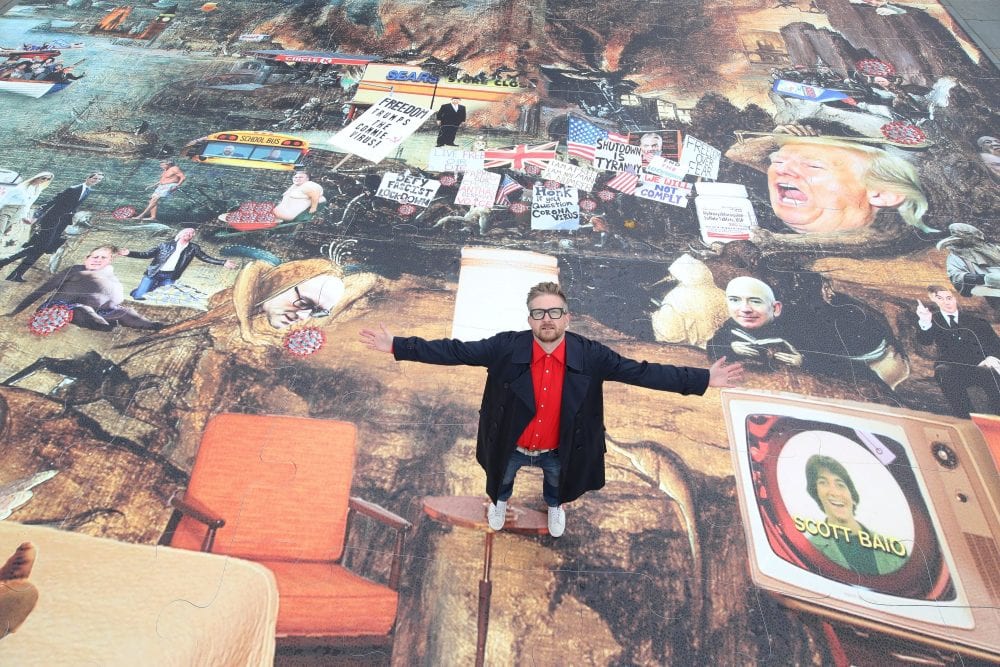 Visitors to the Pier Head will see the gradual building of the 144-piece, 12.5m x 11m puzzle over Friday and Saturday by the artist known as Cold War Steve, the nom de plume of Christopher Spencer.

The Trumpscape is described as an “epic portrayal” of Mr Trump’s America and “of the grimy, desperate depths of UK-US trade deal cosying” and the spectacle of the US election trail.

“I cannot wait to be back in Liverpool, the scene of my very first commissioned artwork and a city I love very much, politically and spiritually on point and always supportive of my work. 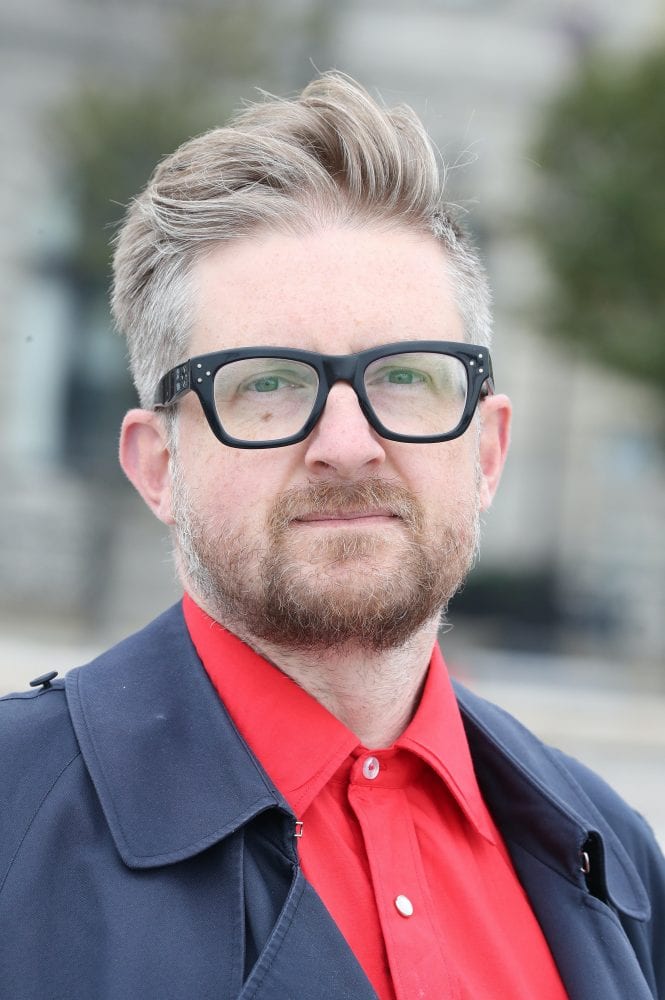 “The piece depicts Trump’s America in the age of Covid, complete with his acolytes, supporters and assorted wrong ‘uns, a truly dystopian scene.

“Hopefully, the completion of the jigsaw, piece by piece, will help in some small way with the cosmic alignment and see him voted out in November.”

The work was conceived before Mr Trump announced he and first lady Melania Trump had tested positive for the virus.

We spoke to the author of this #Beatles book ahead of #JohnLennon's 80th birthday next week.

Mr Spencer is a British collage artist and satirist who created a Twitter feed @Coldwar_Steve.

The works are often perceived to have an anti-Brexit stance and are popular on Twitter.