Alpha Taxis help two LJMU students get on the road to graduation success - The Guide Liverpool
Contact Us Advertise with The Guide Our Video Services Follow us:

Liverpool’s Alpha Taxis are all about getting people to where they want to go and now they’ve helped two students in the city on the road to their degrees.

Ailis Collins and Sophie Barends joined Alpha for three months to carry out the final challenge of their Business with Marketing course.

The 22-year-olds were given a brief to form their own company to act as a consultancy for a business. The two girls set one up called Fortis and Alpha gave them the opportunity to create content and run its social media channels.

Now after working virtually alongside the company’s in-house digital marketing specialist, the pair have not only graduated but both got firsts!

John Moores University first approached Alpha back in December last year when they were looking to partner with businesses to find ways for students to gain valuable workplace experience despite the pandemic restrictions.

“It was a difficult time for students, especially those who were in their third year, because they weren’t able to travel or go into businesses on placements,” says Alpha Business Development Manager Steven McKinlay.

“It was the first time we’d linked up as a company with JMU but we were keen to help Ailis and Sophie and find ways that they could help us too.”

With the core Alpha Taxis running alongside a new Alpha Grab, their city-based equivalent of Uber Eats which launched in lockdown, the two students were allocated one business each to promote.

“We gave them quite a free rein, they designed the posts, chose the target market and came up with a strategy.

“They decided they were going to go down the competition route, offering an Amazon voucher as a prize, so we gave them a budget to manage which included the prize and also the post boost.

“It wasn’t something we’d have really considered before, but they came through with some really good ideas that helped us to reach a wider market, especially students.” 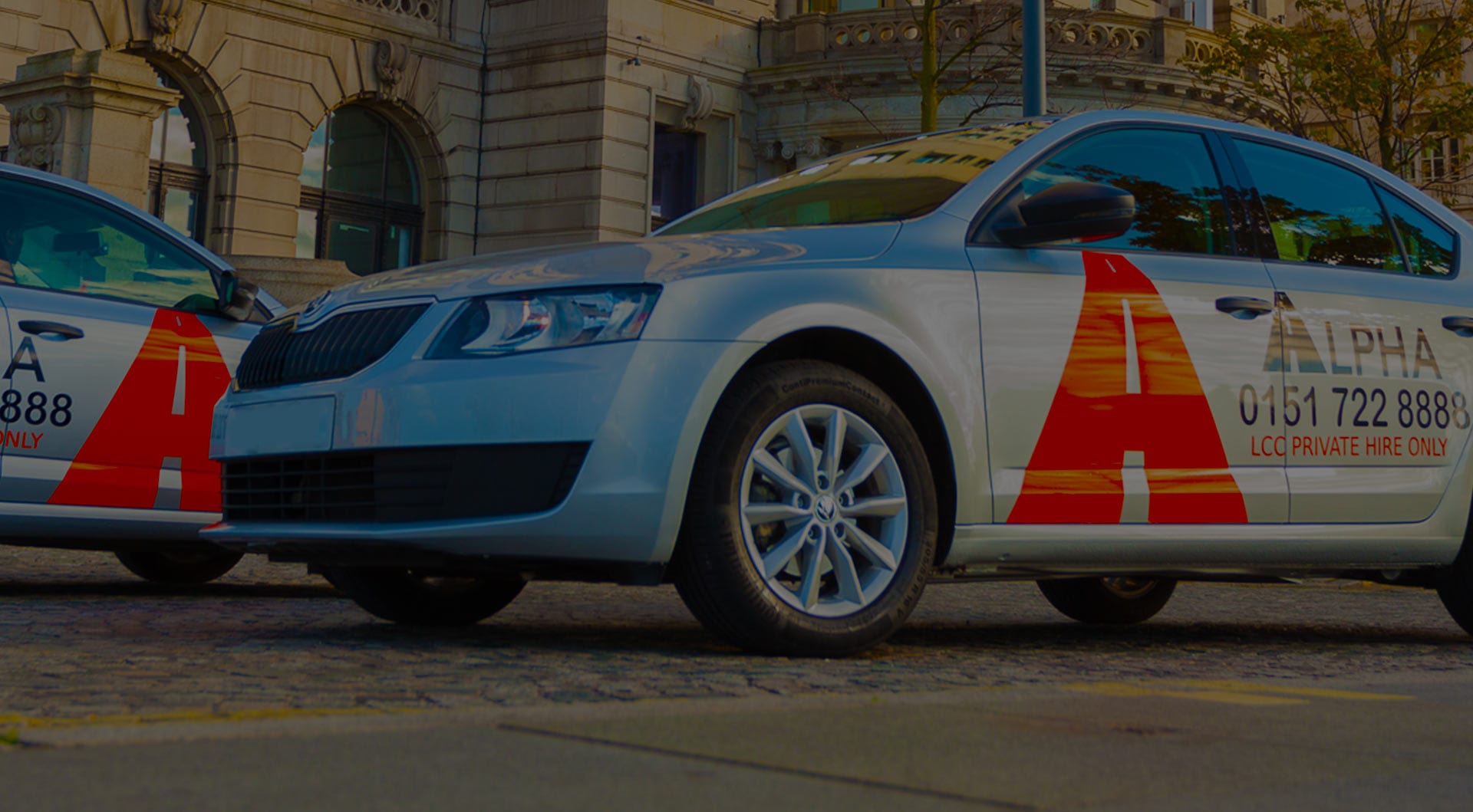 With under 25s a major market for any taxi company, Steven says they were keen to tap into Sophie and Ailis’s insight.

“I think you’ve always got to listen to young people because they know what’s going on and everything that’s new which you need to stay relevant.

“In normal times there’s 51,000 students in the city, so we do already have sponsorship with JMU and Hope Uni and we go to the freshers fairs, but to have students working with us gave us a different perspective and more direct access.

“They were able to reach out to other students, through What’s App groups and community pages and their social media followers, in a way that we couldn’t have done normally.”

Covid restrictions meant that the pair weren’t actually able to work from Alpha’s offices – in fact, despite being part of the team for three months, they never actually met face-to-face.

“We could only meet on Zoom and by the time lockdown was lifted they’d graduated,” says Steven. “But we still speak to them, we’ve set up a group, and we were really happy when they told us they’d both got firsts including over 80% for the presentation they did on us.

“We wanted to make it worthwhile for them so now hopefully the work they did with us and what they delivered will help them get into jobs too.”

Sophie, who comes from Waterloo, says the Alpha Taxis placement gave them valuable real world experience and has encouraged both to pursue digital marketing as a career.

“Our main plan was to design a student marketing campaign and we also did a general campaign alongside that to optimize their social media channels because when we did some research we found they were missing out on certain aspects.

“It was definitely good to see the real side of what we’d been studying because sometimes we’d come up with ideas which we thought would work and then in practice we realised why they weren’t already doing them. So it gave us a more practical view of things which was really useful.”