Amateur chef Dan launches Liverpool supper club nights in his family home - The Guide Liverpool
Contact Us Advertise with The Guide Our Video Services Follow us:

When Dan and his wife Hannah moved to St Michaels with their baby Lola three months ago, he was keen to use his cooking skills to create a new dining experience.

Guests can book as singles, couples or groups of friends, then sit around their 10-seater dining table to enjoy a three-course menu made using local ingredients.

He held the first two in April and says the response was so positive, he’s looking forward to getting back in the kitchen at the end of this month.

“We moved to live in Liverpool because we were fed up with London and wanted a new start, and it just seemed like there was a nice vibe here,” says Dan, who works full-time as an office manager for a charity. 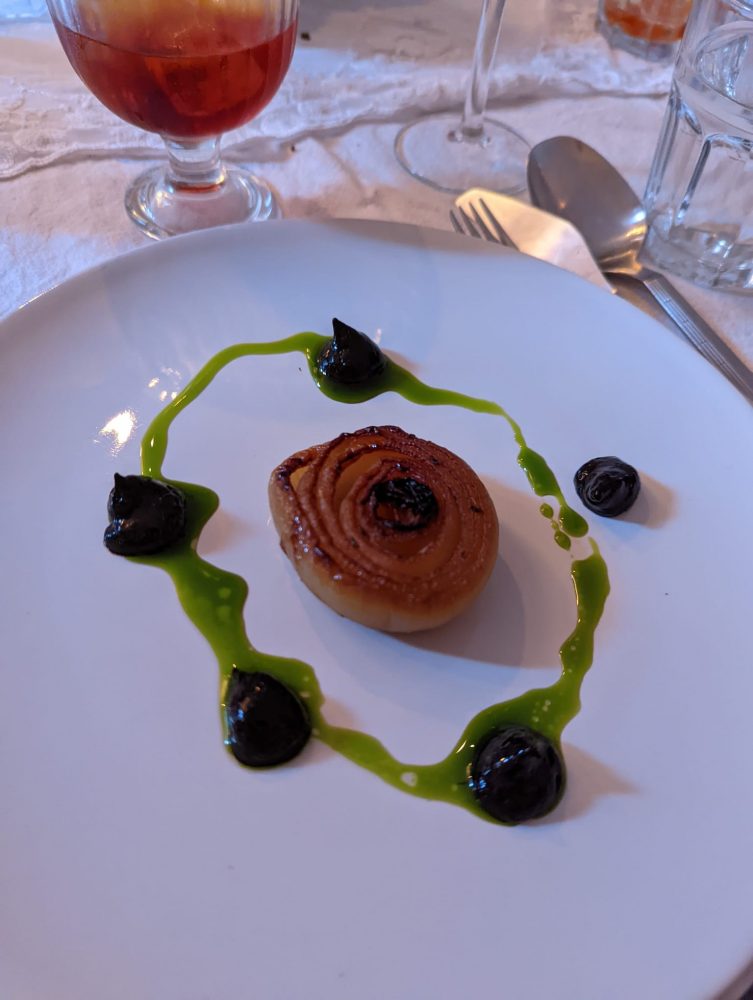 “I’ve never trained as a chef – I worked in a professional kitchen as a food runner and looking at the chefs there, the idea terrified me – but my mum taught me to cook and I’ve always really liked it.

“In lockdown I really got into it and I was looking for a new challenge so my wife encouraged me to go for it.

“I started off by doing food deliveries, a three-course Italian meal that I delivered around my local area in London, and I really enjoyed that, so then I did a couple of supper clubs but not at my home because I didn’t have the space in my London flat.

“Once we came here and we had the room, I thought it would be nice to be able to do it in our own home because we could give it more of a personal touch. As well as me in the kitchen, and Hannah who’s mostly front of house, we’ve also got Lola and when there are people around she definitely wants to be part of the party and everybody loves her.”

Although the concept of supper clubs is more common in London, it’s something which diners in Liverpool are still getting used to. 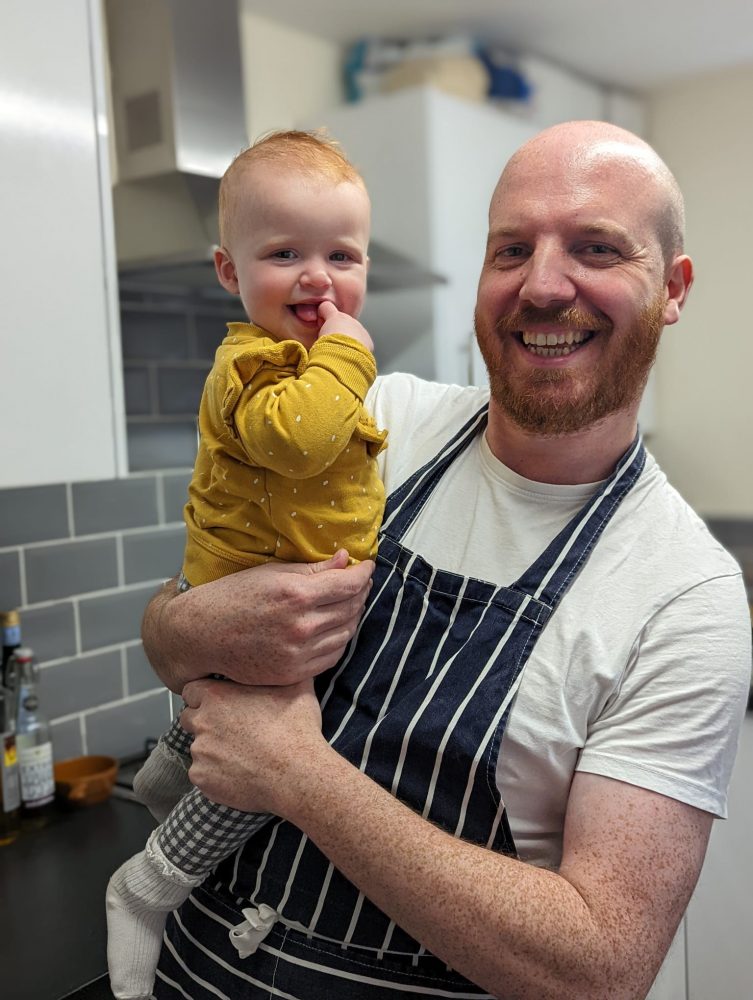 “A lot of people who came to the first ones had no idea what to expect, but it’s not like Come Dine With Me, they don’t have to host the next one!

“It’s bring your own bottle, you get a welcome drink on arrival, and I like to try and keep the menu a secret until people arrive. I just find out in advance if they have any dietary requirements and then plan the dishes from there.

“The ones in April were on two consecutive nights and they were definitely the best thing I’ve done so far, at the end I was buzzing to do it all again.”

The 35-year-old says he relishes the chance to push himself to be more creative with menu ideas, beyond coming up with the usual day-to-day family meals.

“I like to experiment and dress the plates as well, and I don’t get stressed when I’m cooking so I actually find the nights quite relaxing. And as soon as the dessert’s on the table, I’ll go and sit down and have a chat with everyone which is really nice.” 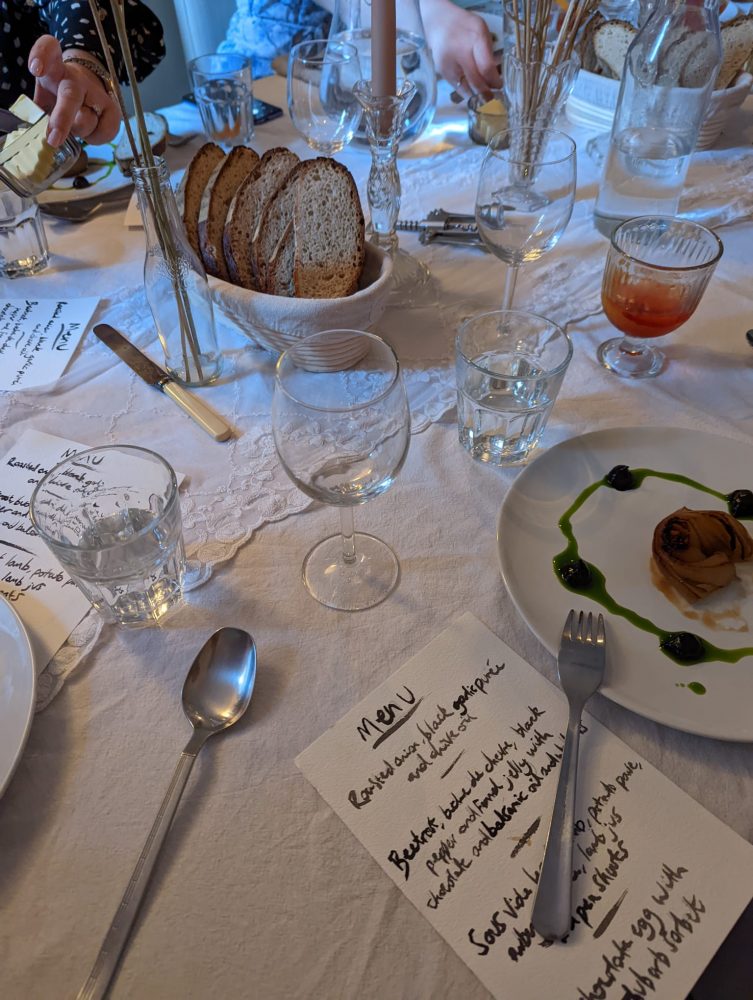 Dan says the feedback from diners has been great. “It’s a different way for people to meet other people and everyone said on both nights what a good time they’d had and how much they loved the company.

“They didn’t know each other when they arrived but by the time they left they said they wanted to come again – but with the same people!”

MORE - WATCH: The Dixie Dean Hotel is now open seven days a week continuing to celebrate the legacy of the Everton legend

Depending on the demands of his full-time job, Dan is planning to change his menu every couple of months so he has time to fine-tune the dishes in between.

It’ll also give him a chance to explore locally and find interesting new ingredients to work with.

“I like to get good ingredients so I’ve been going to the monthly Farmer’s Market in Lark Lane, and to butchers and greengrocers on Allerton Road, and I want to do a predominantly fish course for June so I’m going to check out the fishmongers. 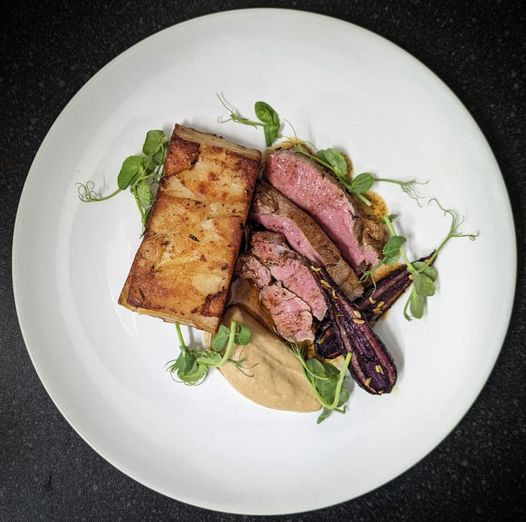 “I was able to do some foraging for one of the vegetarian main courses too because there’s lots of wild garlic growing around St Michael’s. I was walking down St Michael’s Church Road and it was there, and there’s loads in the woods, so I mixed it into a pasta dough and you get a lovely mild garlicky flavour. Even the flower is edible, so I could use that for decoration, nothing gets wasted.”

Dan says he’d like to expand the supper club idea in the future.

“I would like to do things on a bigger scale than just 10 people, and I think this concept works because it’s more of an experience than just going to a restaurant, it’s much more social and friendly.”