Antiques Roadshow at the Palm House sees a Ming vase bought in a charity shop and a rare Lennon find - The Guide Liverpool
Contact Us Advertise with The Guide Our Video Services Follow us:

A rare double Ming dynasty vase bought in a charity shop is one of the treasures which will be getting an expert opinion when Antiques Roadshow at the Palm House is screened on BBC One this Sunday.

The episode, which is the first of three programmes to come from the historic Sefton Park glasshouse, was filmed back in June.

Liverpool antique hunters were invited to apply online in advance to have their pieces examined and valued by the show’s team, including regulars Marc Allum, Ronnie Archer-Morgan and Liverpool’s own Wayne Colquhoun.

They were inundated with requests, slots were quickly snapped up and – as Sunday’s episode reveals – there were some very valuable items and incredible backstories in there waiting to be shared.

Among the ones to grab attention for obvious reasons was the bargain basement vase which turned out to be a historic find and was much admired by Chinese ceramics expert Lars Tharp. 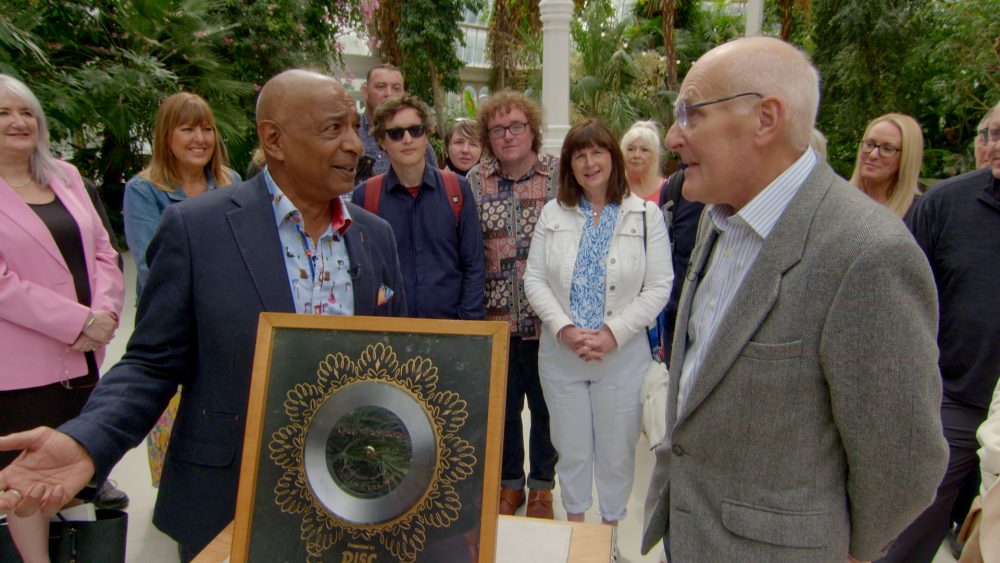 But that wasn’t the only one. Ronnie Archer-Morgan had his knowledge tested by a Grand Tour bronze and Andy McConnell was wowed by some unusual Finnish glass with a fascinating WWII past.

Not surprisingly, given the Liverpool location, expert Raj Bisram who was tasked with appraising music memorabilia was one of the busiest on the day.

He was excited to see a silver disc brought in by one of the members of Gerry and the Pacemakers and to find a rare and unusual piece linked to The Beatles – the door number from John Lennon’s childhood home, brought to the programme by the nephew of the man who lived in the house for more than 30 years.

The Palm House itself is a star of the show, with presenter Fiona Bruce finding out more about its history and the changing fortunes which saw it saved from derelict ruin and brought back to life as a beautiful landmark in the city.

Key to that restoration was the tireless efforts of campaigners including Liverpool jazz man George Melly who became a patron. He donated a Cubist painting of the building to help the Palm House fundraising and the original also features on Sunday’s episode and is given a valuation by expert Dendy Easton. 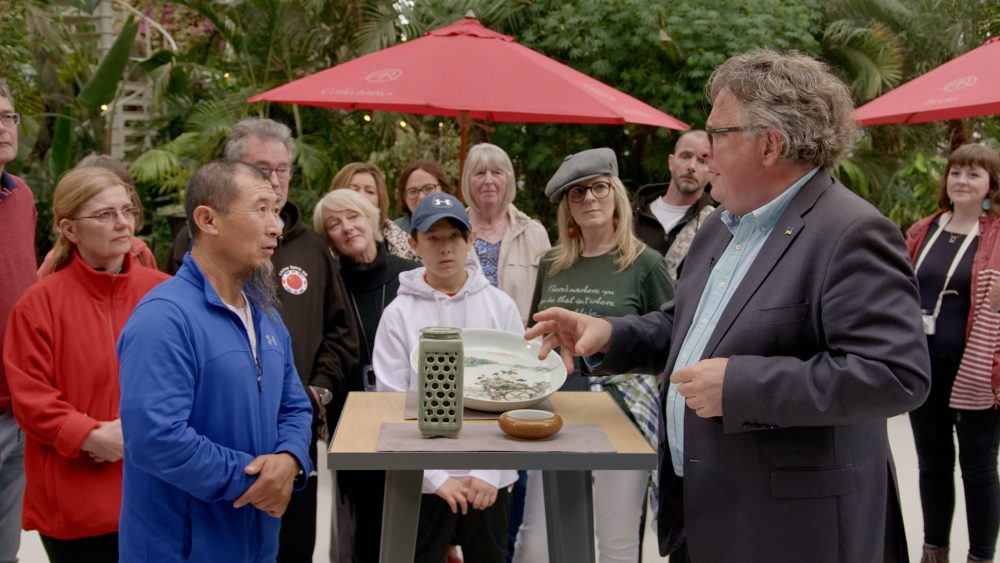 Kate Martinez, head of external relations at Sefton Park Palm House Preservation Trust, says being able to welcome the Antiques Roadshow presenters and crew was a fantastic opportunity. The day of filming was supported by a team of volunteers who helped make sure everyone, including fans who came along to watch, had a great day.

“We are delighted to have the opportunity to showcase our wonderful city on prime-time television,” says Kate. “This is going be the first of three hour-long much-watch shows! We can’t wait to show the whole of the UK how beautiful Liverpool is.”

Antiques Roadshow is on BBC One on Sunday September 25 at 7pm and then it will be available on iPlayer.