Arriva worker walks 7 bus routes in 7 days to raise thousands for foodbanks - The Guide Liverpool
Contact Us Advertise with The Guide Our Video Services Follow us:

After working for Arriva for 20 years, Neil Atherton knows the routes from his Runcorn depot inside out.

But now he’s experienced them all on foot instead of behind the wheel, trekking seven routes in seven days to raise funds for foodbank charity the Trussell Trust.

Neil completed 150 miles in a week, pounding the pavements for between 11 miles and 26 miles each day.

And, after setting himself a target of just £100 when he started, he’s now well over £4,000 on his Just Giving page and cash is still coming in. 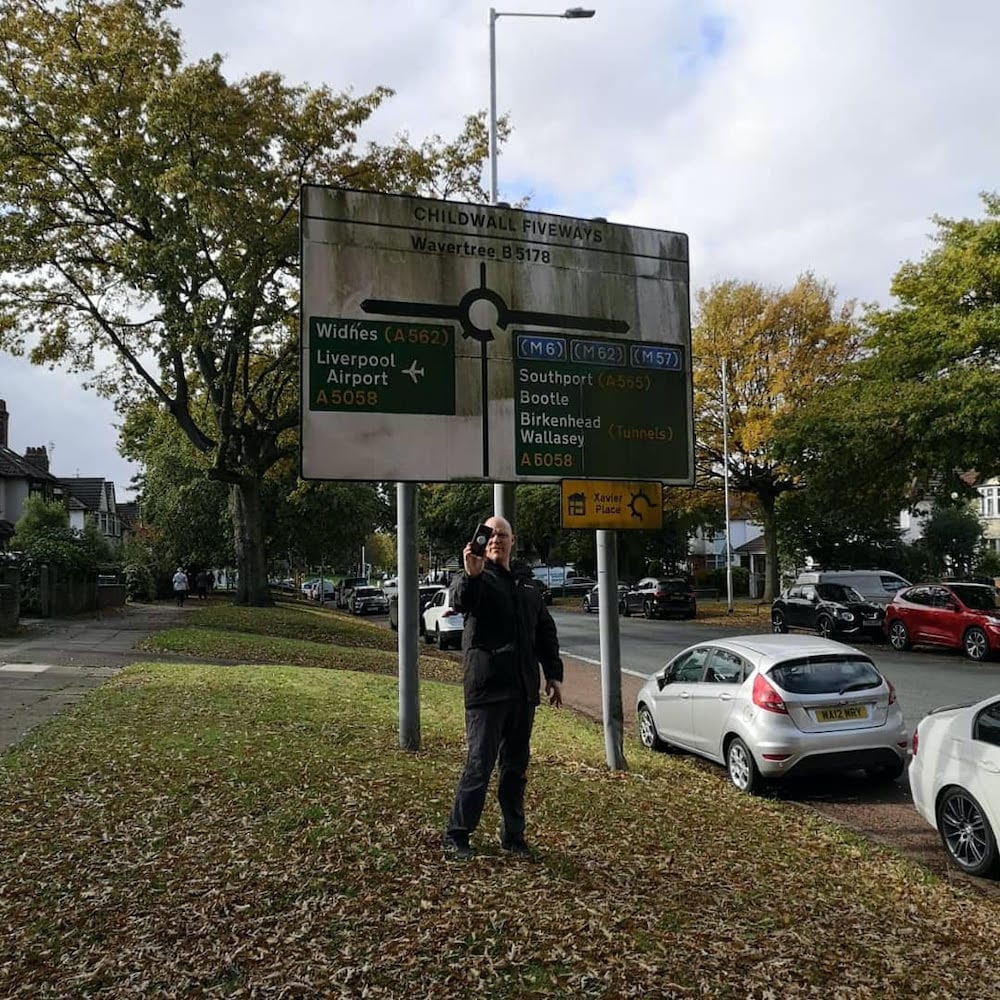 The relief duty manager, who lives in Widnes with wife Angela and 16-year-old daughter Madison, has covered the equivalent of more than 2,000 football pitches – even though he’s never attempted a long-distance walk before.

“I go to the gym but I’ve never walked in my life, my wife thought I was mad when I came up with this idea,” admits Neil.

MORE - Meet kittens Lennon and Ringo united by the RSPCA

“I started at 8am every morning so we were always walking in daylight, with a different team of support walkers each day who really helped keep me going, and I aimed to finish by 5pm.

“I chose the seven routes that my depot operates because they’re longer than a lot of city centre ones so I walked to Chester, to Liverpool three times, to Warrington twice and I did a local route.

“The 26-mile route was the 61, that was the longest which went from Runcorn, through Widnes, Rainhill Prescot, Whiston, Huyton, and then to Liverpool city centre.”

Neil says finding his way to the destinations was no problem, he regularly drives the routes, but he soon discovered just how much longer – and more exhausting – it is on foot. 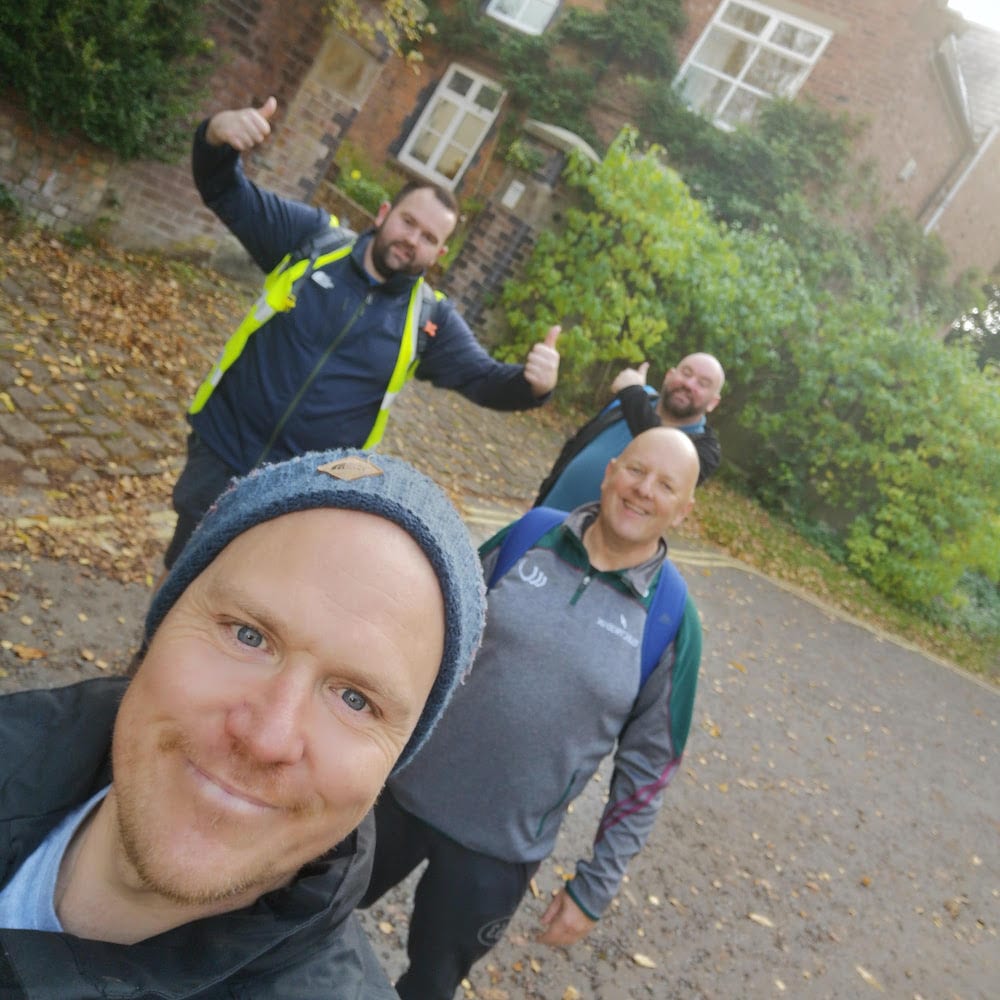 “There were lots of days when it was belting down with rain, but one of the toughest things was the mental part of going over the same road day after day.

“A lot of our routes go into each other so there were quite a few times when we were walking down the same road that we’d already covered four times that week.

“Getting up in every morning got harder too and my body was just starting to shut down on me by the end. On that last day, the Saturday, there was nothing left and the final route ended up being one of the longest, 18 miles, but I had to keep going because the money was coming in and I couldn’t let people down.”

Luckily, 41-year-old Neil didn’t have to contend with a walker’s worst nightmare – blisters. 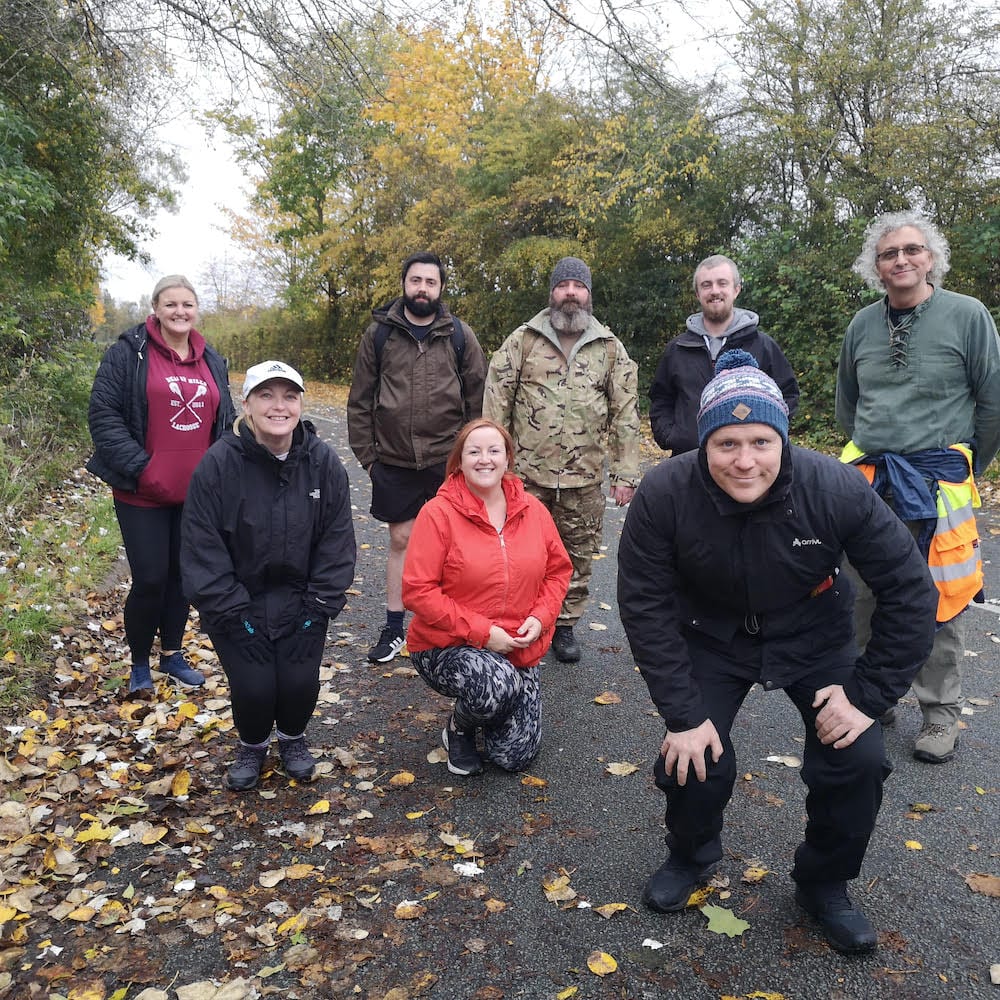 “I didn’t have a single one. I bought really good socks and shoes and they got me through it,” he says. “But my knees are gone so I was on the Deep Heat muscle rub every night!”

And he opted not to carry collecting buckets to travel light. “We decided not to collect along the way because the buckets would just get too heavy to carry, but I did have people getting off their bus and giving me notes or pound coins which I’d put it on my Just Giving.”

Wearing an Arriva jacket, with the hashtags of his walk on it, Neil was encouraged along every mile by passengers.

Wearing an Arriva jacket, with the hashtags of his walk on it, Neil was encouraged along every mile by passengers.

“I put it out on social media and Arriva pushed every day where I was going to be which was great because people knew where to look out for me.”

With more than £4,300 already raised on his Just Giving page, Neil says he’s had such a positive response to the cause.

“I chose the Trussell Trust because I’ve worked in a soup kitchen and dealt with foodbanks and I’ve seen people forgoing their own food to look after their kids. Everyone got behind the idea and the Marcus Rashford campaign hit when I was mid-way through which helped a lot because more people were looking for ways to help.” 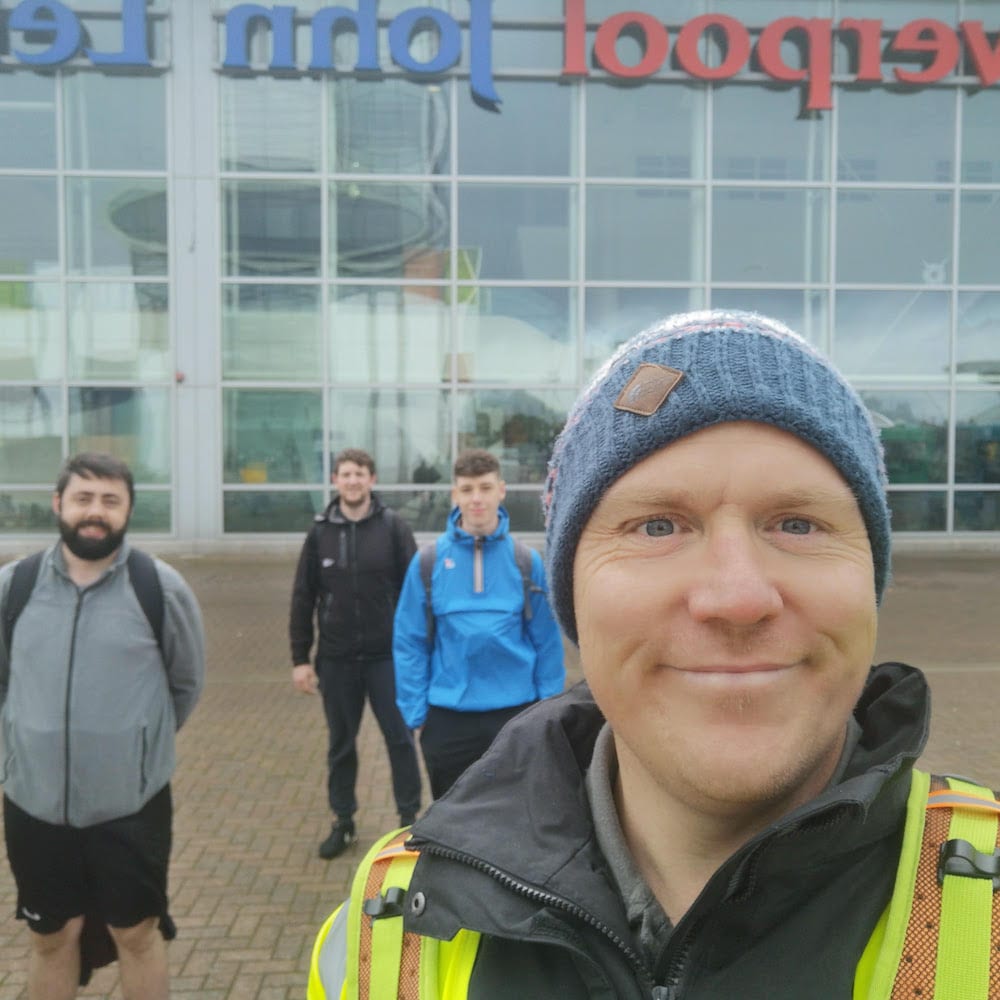 Neil is now planning a raffle via his social media and Just Giving page to boost the total even further, and he’s got lots of donations including a signed Jordan Henderson baseball cap from LFC and a hamper from Arriva’s managing director.

“I’ve had so many people who’ve supported what I’m doing, I can’t thank them all enough, they’ve been awesome,” he says. “On the first day I had someone give £100, and I’ve also had people give me a couple of pounds and say they’re sorry it can’t be more.

“But £2 buys eight cans of beans which can make a difference, so as long as we keep making money to help feed people, that’s the main thing.”

MORE - How Marcus Rashford made ending food poverty his goal