Atomic Kitten's Natasha Hamilton urges people to check their moles after spotting her mum's skin cancer - The Guide Liverpool
Contact Us Advertise with The Guide Our Video Services Follow us:

Natasha Hamilton has urged people to check their moles after she spotted a suspicious mark on her mum’s face which turned out to be skin cancer.

The 40-year-old singer, who trained as a skin specialist following chart success with the Liverpool girl band, became concerned while she was giving mum Maria a facial.

She noticed a mark on her forehead which she’d never seen before and when it didn’t go away, then started to become bigger, Natasha persuaded her to see a doctor.

After being referred to a dermatologist, Maria was diagnosed with a basal cell carcinoma, a form of non-melanoma skin cancer.

Natasha says the diagnosis came as a shock and a reminder of how checking moles can be a life-saver.

She’s now become an ambassador for Melanoma UK, and she’s encouraging people to get to know their skin by joining the charity’s National Mole Hunt to find the ‘missing melanomas’ of the pandemic.

“I was giving my mum a facial and saw this mark which was about half the size of a penny. It wasn’t a mole, just a slightly raised dry scaly patch of skin that looked a little bit sore. I said to her, ‘mum, that wasn’t there the last time I saw you, how long have you had it?’ recalls Natasha.

“She said it just came and went, it wasn’t causing her any pain or getting in the way of anything, so it was fine. I told her I thought she should get it seen to but then each time she came back for a treatment I’d ask if she’d been to the doctor’s and the answer was always no.

“I finally convinced her to go but when they saw it, they said it was nothing, just a dry bit of skin. Over time though I noticed that sometimes the mark would be there, and it could look quite sore, and other times it wasn’t. 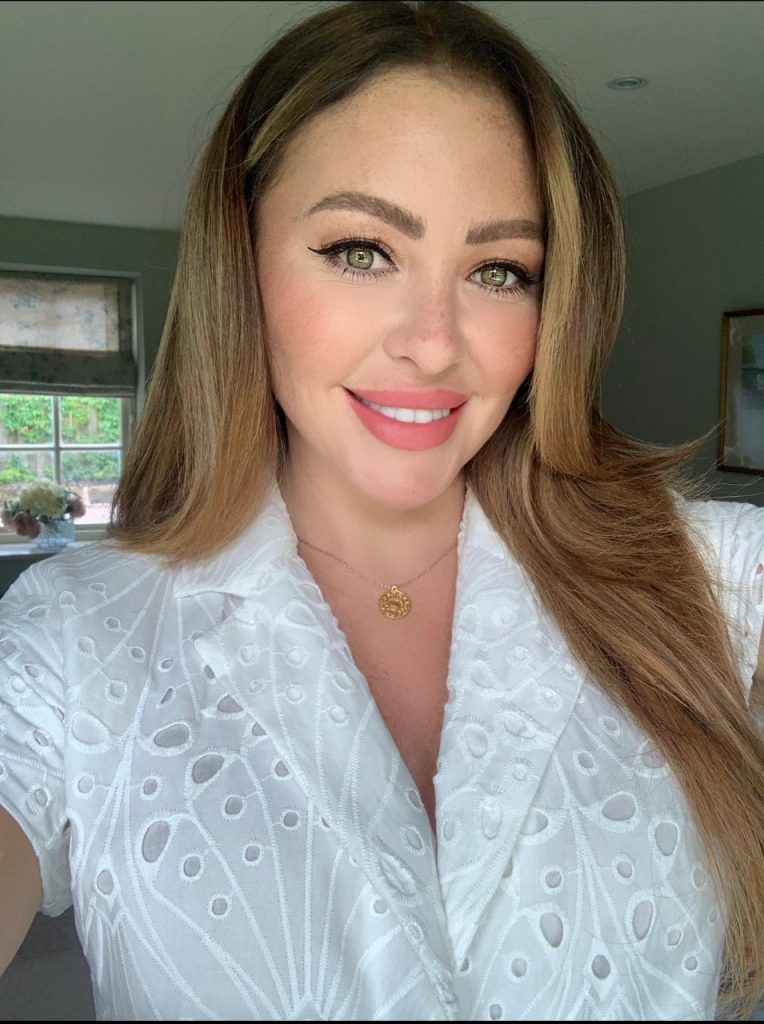 “I just knew that wasn’t right. I studied to be a skin specialist and actually opened my own clinic in Chester after I had my daughter Ella so I’d been taught about moles and marks on the skin, and the signs to look out for.”

Natasha kept on reminding her mum to ask her doctor for a second opinion and eventually a referral to a dermatologist revealed a basal cell carcinoma, a form of non-melanoma skin cancer.

After being given cream by her doctor to treat pre-cancerous cells all over her face, Maria has just had the original suspicious one on her forehead cut out. Tests have now confirmed that the carcinoma has been completely removed so she’s been given the all-clear.

“Now she needs to be very careful, she can’t just go in the sun anymore, she needs to wear factor 50, wear a hat, stay out of the midday sun and sit under a parasol on holiday.”

Natasha, who has four children – sons Josh, Harry and Alfie, and daughter Ella who’s now seven – says the experience has been a wake-up call for the whole family.

“It’s really made us think more about checking our skin for markings and moles, and making sure anything new or out of the ordinary is checked out as soon as possible.

“My mum is from that generation where they would literally lie in the sun all day, and rub Coke on their skin to get a tan.

“I’m a redhead with fair skin but as a teenager, I remember hitting the sunbeds desperate for a tan and to look ‘healthy and glowing’. As I’ve got older and educated myself though, I slap on the factor 50 and make sure my children know how to enjoy the sunshine safely.”

With almost 17,000 cases of melanoma diagnosed each year, thousands of people could be unaware they have it, so Natasha says more checking really is needed.

“The National Mole Hunt encourages people to get to know their own skin, learn what’s normal for them and, importantly, spot any changes in colour, shape or size of moles or other markings.

“I’m passionate about encouraging everyone to get involved and get a second – and third – opinion if needed. It really could save your life.”