Bake Off's Mark Lutton is bringing his amazing cinnamon rolls to Baltic Market - The Guide Liverpool
Contact Us Advertise with The Guide Our Video Services Follow us:

Baltic Market has welcomed a new trader and if you watch Bake Off you’ll know him already!

He managed to win over judges Paul Hollywood and Prue Leith on the Great British Bake Off, now Mark Lutton will be tempting Liverpool bake fans as a regular trader at the Baltic Market.

Mark, who comes originally from Portadown in Northern Ireland but lives in Liverpool, has done weekend pop-ups at the market before and his bakes have always absolutely flown out. 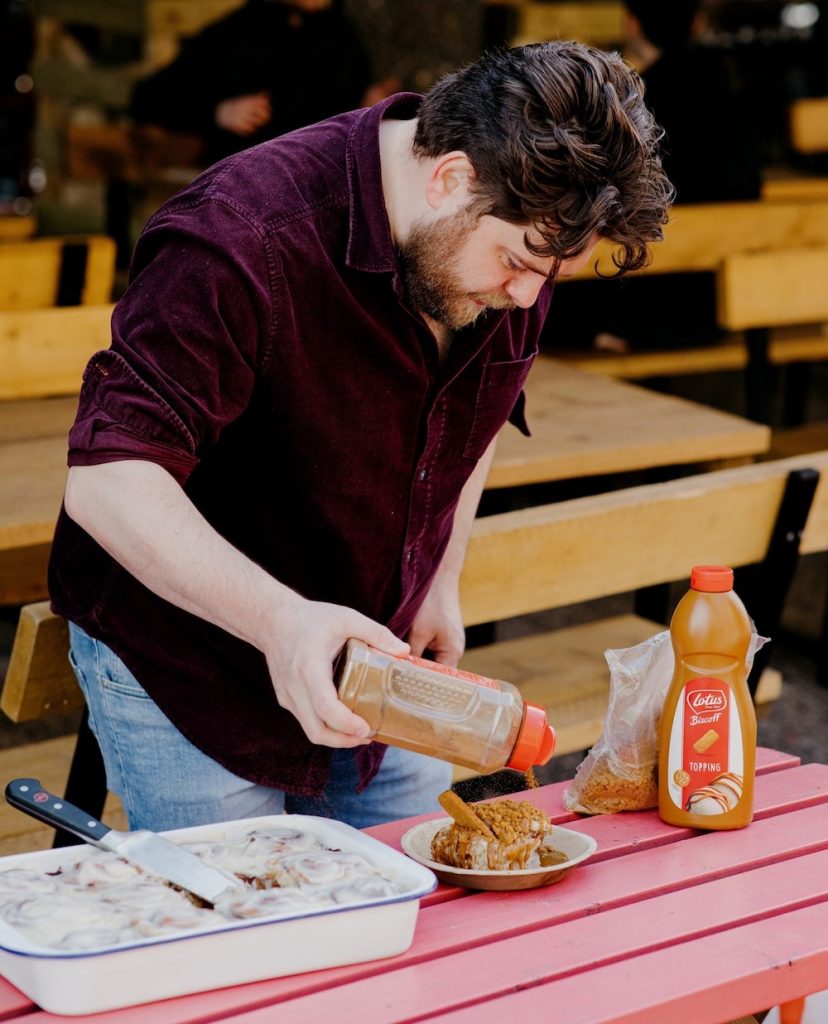 His first one back in July last year was a sell-out with queues for his classic Cinny, smothered in cream cheese icing, a vegan version and a Chezzy Bake donut hole with almond and cherry.

Since then he’s been supplying south Liverpool coffee shops including Press Bros on Lark Lane and Derek’s on Allerton Road, and he’s created a wider menu of varieties including choc orange, lemon & poppy seed, and even a sweet and savoury bacon and maple cinny.

Now 33-year-old Mark, who’s known as The Baking Buddha, is coming back to Baltic Market full-time, so he’ll be there every Saturday and Sunday from 11am until everything’s been snapped up.

He says he’s buzzing to be making the market his new baking home.

“I started Roles and Holes as a pop-up last summer, doing it every now and then, and the guys at Baltic Market have been incredibly supportive and they gave me a space to try it out and see if it worked and it was something people were interested in,” says Mark. 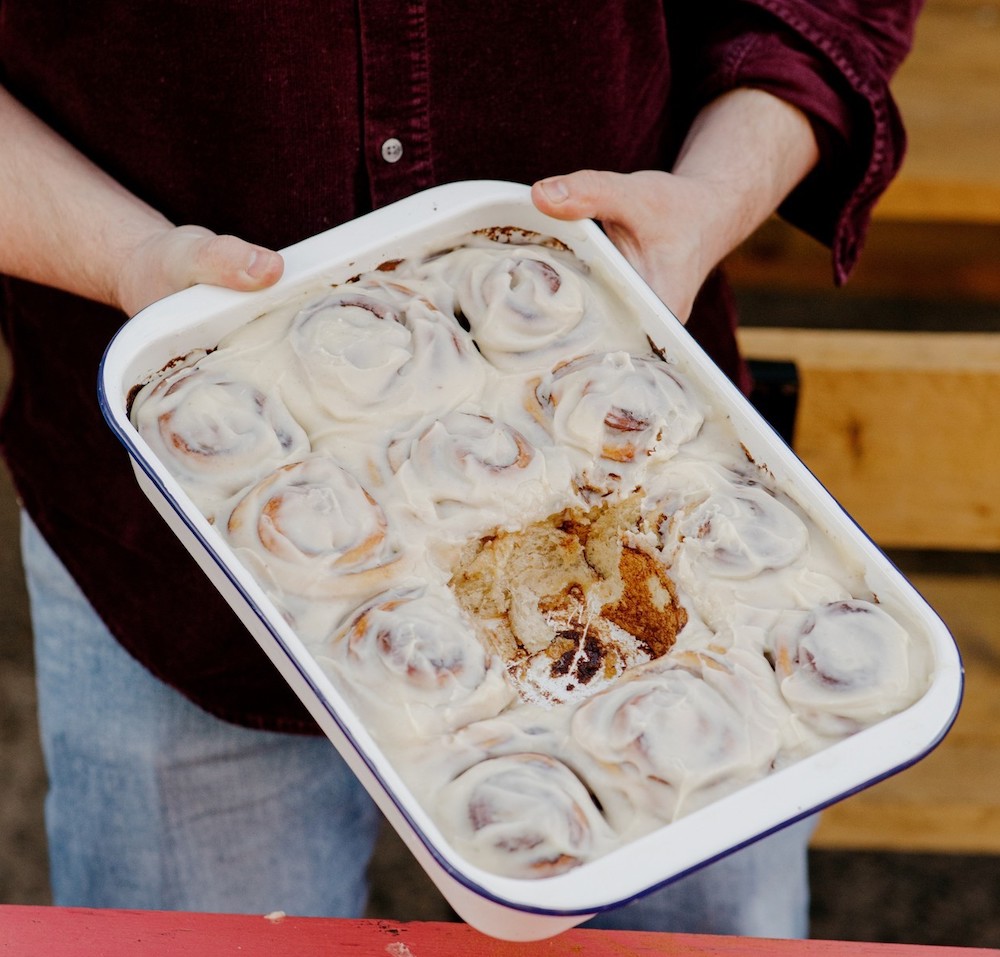 “Since then I’ve had an opportunity to move more into the wholesale side of things as well, so it’s jumped in directions I wasn’t expecting, but this is the first proper venture to see if it will stand on its own two feet with a more permanent presence.”

Everything he sells will be fresh out of the oven on the morning, which means he’s got some early starts ahead of him.

“When I first did the pop-ups, I sold out in a couple of hours and I’d spent about 18 hours solidly baking in my kitchen at home before that. I baked the absolute maximum I could. For this weekend I’ll do all the prep on Friday, so making all of the dough and getting everything ready, but all of the products will be baked fresh. 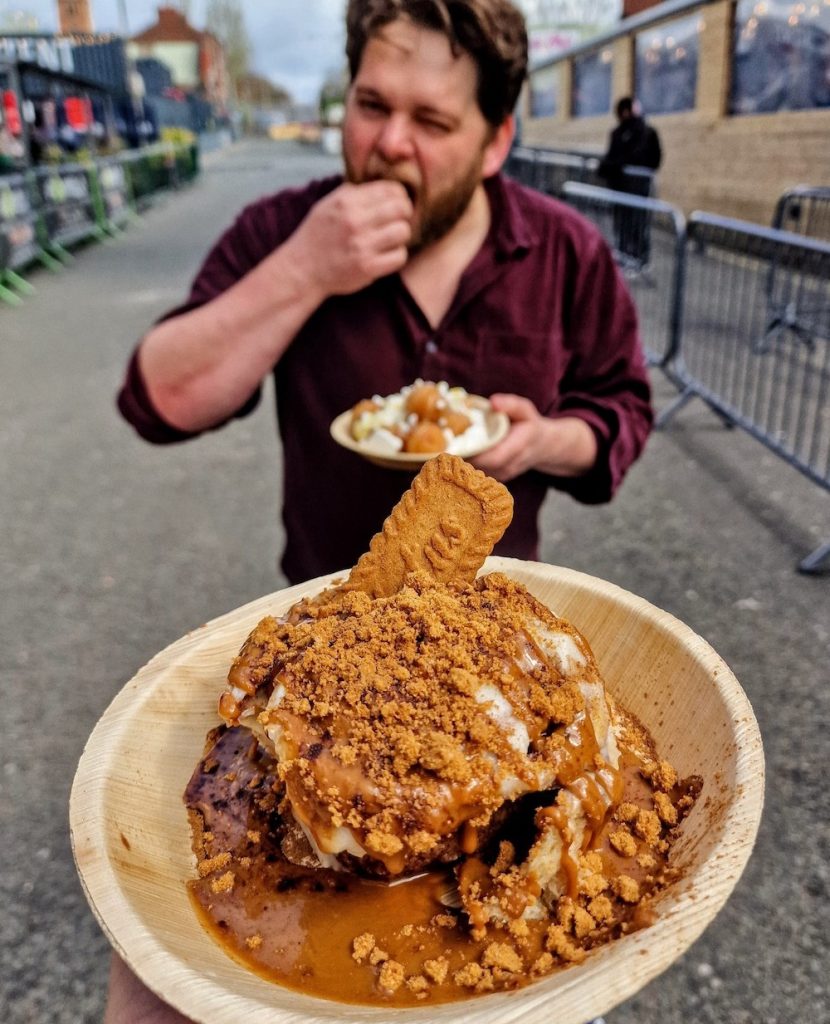 “That’s something I’m really passionate about – nothing touches the oven until the day that it’s being sold. On Saturday morning I’ll be here from 5am, rolling all of my cinnamon rolls and then baking or frying everything fresh, and I’ve taken on a staff member now, Emily, so she’ll be here helping me all weekend.”

Mark was one of the most popular contestants in the Bake Off tent in 2020, making it through to a Japan-themed week six on the Channel 4 show. He’s described his appearance on the show as an incredible experience of a lifetime and he’s got it to thank for propelling him into a new career.

When he’s not busy baking, Mark spends his spare time being a doting new dad. He and his partner Laura Dean had their first baby, a little boy called Sid, at Liverpool Women’s Hospital in October last year.

He says he’s got his alarm – or actually a few alarms – set to make sure he’s up in time for a hectic first weekend of trading. And he’s got a few new flavours to try out too, alongside the popular classics. 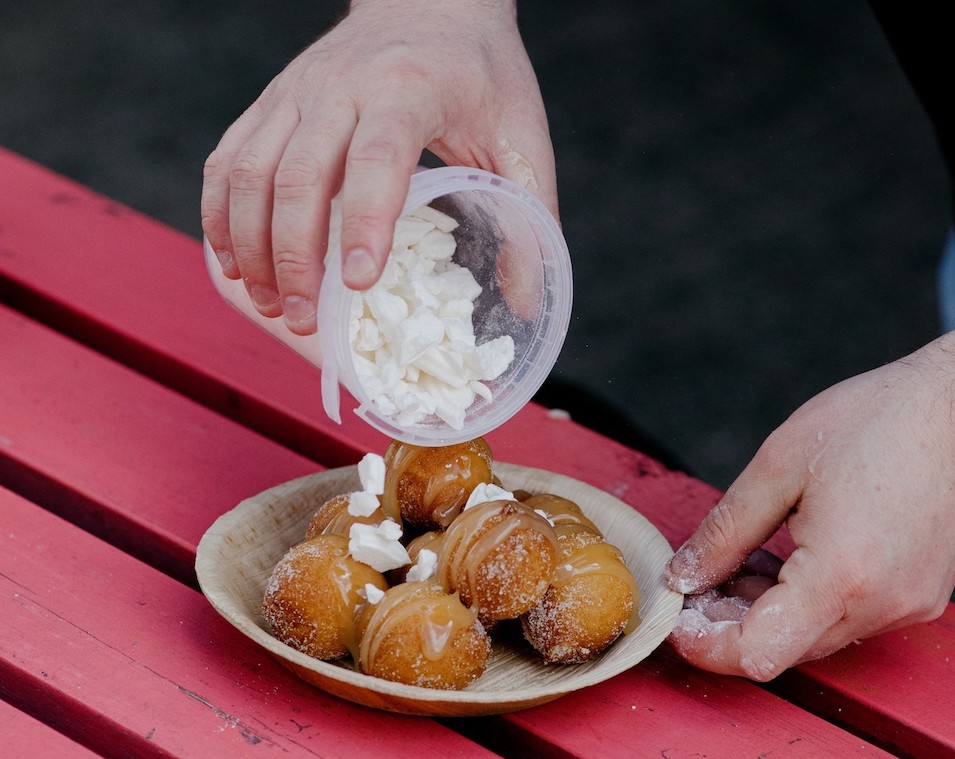 “I’ve got takeaway boxes so people can come and get them to take away if they’re not eating in, and I’ve got classic and vegan, lemon and poppy seed. I’ve got cherry bakewell and lemon meringue donut holes and I’m also doing loaded rolls as well, so they’re classic but with toppings like Biscoff, dark chocolate and pistachio, Nutella and roasted hazelnut.

“At the moment I’m only going to be open on Saturdays and Sundays but I’ve got plans to expand that more and I’m thinking how I can bring baked products into the evenings as well. I’d love to do more things like sausage rolls, or maybe sharing breads with a big baked camembert in the middle.”