Band Aid Liverpool gets backing from Sir Bob Geldof - The Guide Liverpool
Contact Us Advertise with The Guide Our Video Services Follow us:

A group of Merseyside musicians have created Band Aid Liverpool and have been given the go-ahead by Sir Bob Geldof and Midge Ure to release their Scouse version of Do They Know It’s Christmas for charity.

Band Aid Liverpool has been officially approved by the two 80s legends behind the original recording which first came out in December 1984 and sold millions of copies worldwide.

The idea for the project, which will raise money for homeless charity Shelter, came from Tony Cook keyboard player with The Mersey Beatles.

Along with the band’s drummer Brian Ambrose, he got together more than 70 Liverpool musicians to record a new version, changing a few of the lyrics to give them an extra local meaning.

They’ve also made a video, bringing together clips of each famous line being sung, and a socially-distanced chorus performed on the main stage of Grand Central before full lockdown.

Now, with a release date set for December 10, the pair have had a message from Sir Bob and Midge, via original publishers Warner, to say how much they loved it.

“Warner came back saying we had their full approval, they loved the track and the whole concept and they wished us all the best,” says Tony. “I know they’ve rejected different versions in the past so to have their support is like the Holy Grail for us.”

Tony, who lives in Dingle, first thought of creating Band Aid Liverpool this summer, after he and fellow musicians in the city had spent months without work due to lockdown. 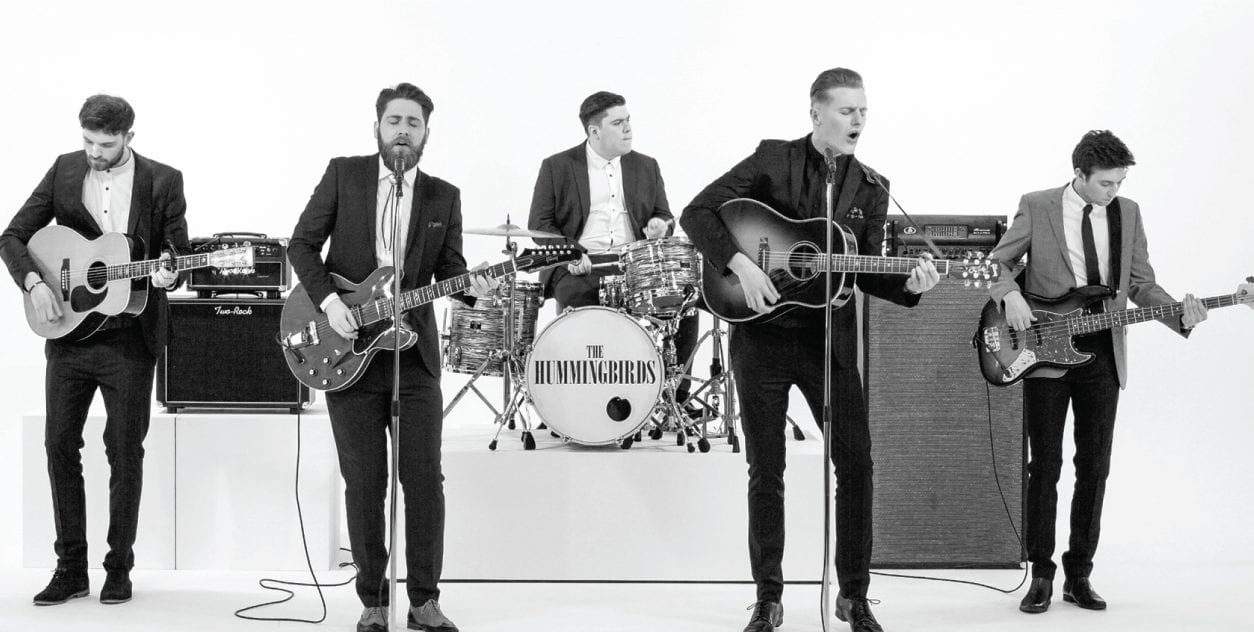 The Hummingbirds will feature on the track

“At the end of August I had a mad dream, I was on stage with my band and lots of musicians from around Liverpool, it was like a Royal Variety Performance. I woke up at 3am and thought, imagine if that was true?” he explains. “I developed the idea in the following weeks and thought how can I get all my musician friends from around Liverpool involved in doing something?

“I wanted to do it for charity and I thought back to the early months of lockdown. I’d been in isolation myself and then I went to town in May and I noticed it was like a ghost town. It made me wonder about the homeless guys and where they were getting their 10ps and 20ps for a cup of tea from with no one being around.

“That stuck with me and it was the deciding factor in choosing Shelter to be the charity. They say everyone’s only two pay cheques away from being homeless and that’s especially true in our industry, we’ve been devastated.

“So I thought about putting together Band Aid Liverpool, I approached a lot of musicians and singers I know and every one said they were up for it.”

Tony managed to get together over 70 well-known and well-loved names from all over Merseyside, from all genres and all ages, including Billy Kinsley, Gary Murphy, Paul Kappa, Phil Jones, Asa Murphy, Steve Charles, Jay Murray, and The Hummingbirds. Then he sat down and worked out which singer would take on which line in the song.

Get the latest music news for Liverpool here.

MORE - Everything you need to know about the Christmas bubble rules

“I didn’t want to have the artists asking for a particular line, especially the iconic Bono one,” he says. “So the first decision I made was allocating the lines. I visualised each artist and I fitted each one to their own vocals.

“Most did it from their own homes with a guide track and then me and Tony were a bubble so we set up a little studio in Aigburth where we could have people coming every couple of hours, all socially-distanced. He’s produced the whole track and the video, he’s been amazing.”

Although the original lyrics are now legendary, Tony says he decided to make a couple of changes so people could relate them to homelessness in Liverpool. 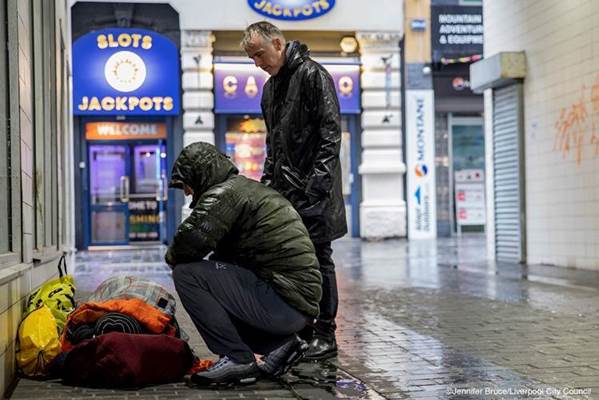 “I didn’t think ‘there won’t be snow in Africa’ was very appropriate for Liverpool, so now it says ‘there won’t be homes on Merseyside this Christmas’ and then it says ‘on the streets their numbers grow, no place for them to go.’ That fitted in much better with what we were trying to raise the money for, and Shelter and Signature Living gave us permission to use their footage of homeless people in the video so it really pulls on the heartstrings.”

Tony says they’d originally planned to put the video on social media with a donate button, but then they were encouraged to release it as a single so he approached original publishers Warner. 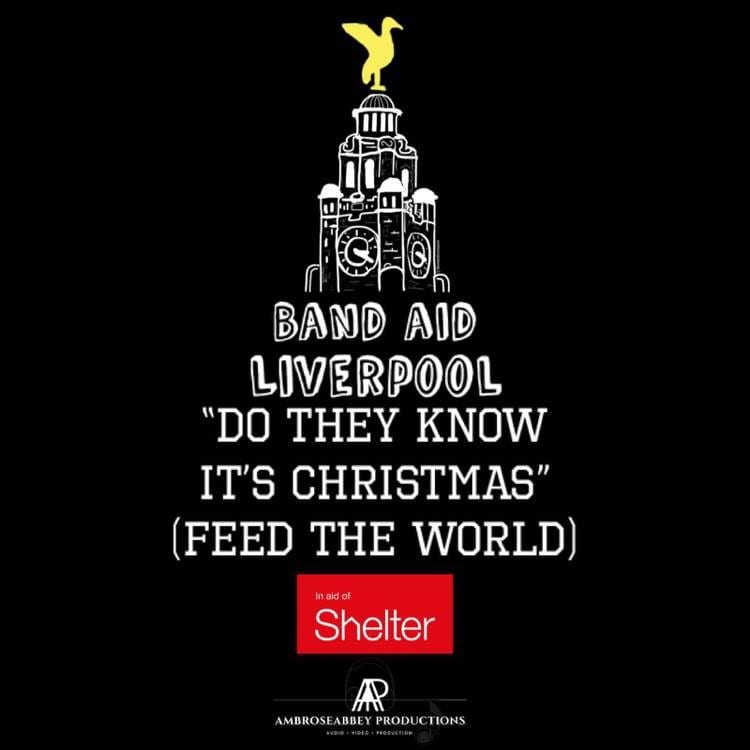 “I submitted the track and told them the whole story behind the project and that’s when they told us they’d sent it to Bob Geldof Midge Ure and for their approval.

“Now we have that we hope it will grab everyone’s attention and hopefully put a smile on the people of Liverpool over Christmas.”

Band Aid Liverpool’s Do They Know It’s Christmas will be released Dec 10 on all platforms and the video will go out on social media and YouTube a few days later.

MORE - Everything you need to know about the Knowledge Quarter, Liverpool