Beales department store officially opens as hundreds queue to get in - The Guide Liverpool
Contact Us Advertise with The Guide Our Video Services Follow us:

Beales department store officially opens as hundreds queue to get in

Hundreds of shoppers queued outside the new Beales department store in Southport town centre as it officially opened its doors yesterday.

Owners were overwhelmed by the response as shoppers spoke of how delighted they were to see a big department store opening in the town again.

The building had been home to a department store for the past 132 years, with the building carrying signs saying ‘Beales, formerly Broadbents & Boothroyds’.

The first 150 shoppers were given vouchers of up to £200 each as they walked in to look around the three floors of retail, with ladies and mens fashions, furniture, electrical goods, bedroom furnishings, shoes, accessories, gifts, greetings cards, baby clothes, and much more besides.

A new in-store cafe is due to open in a few days’ time. 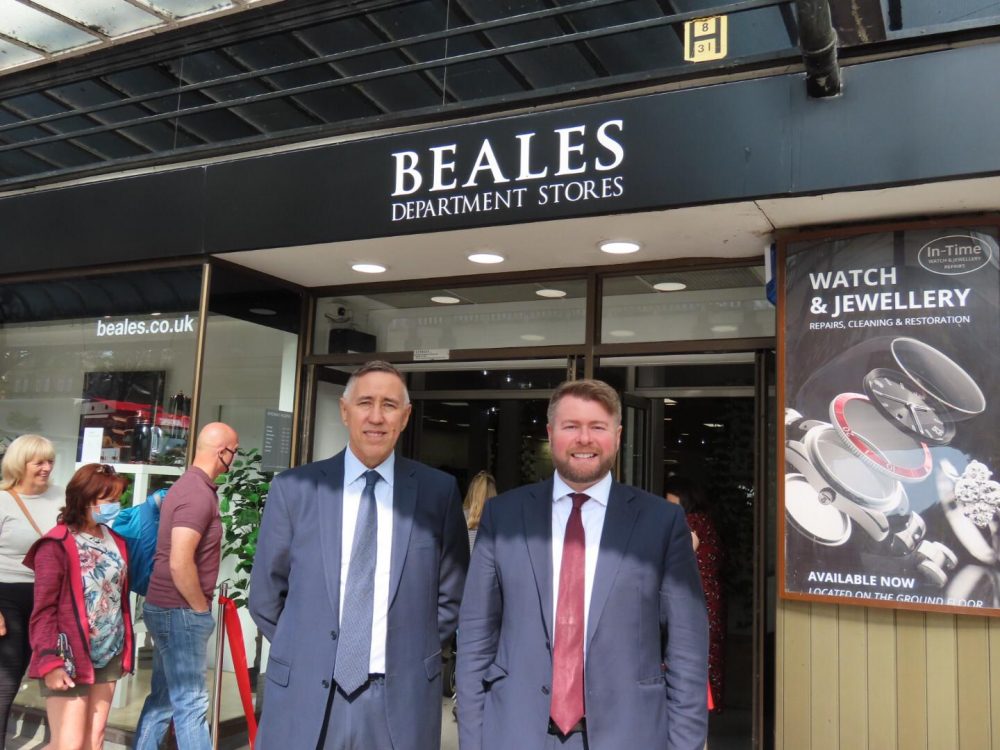 “We are absolutely over the moon with how the official opening has gone today!

“This is one of the busiest store openings we have ever seen.

“It is going to be down to the old adage now – use it or lose it. I hope people will come and shop in the new Beales, and support all the local businesses we have in here. 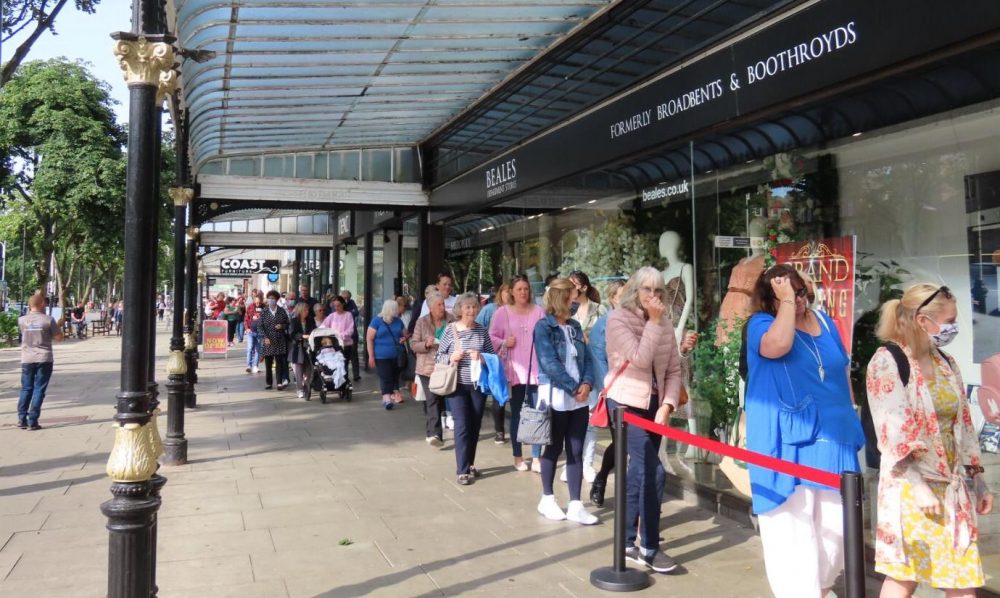 “We are very, very excited. We were delighted to see the big queue outside when we opened, and we enjoyed being able to invite customers back in again.

“We are really looking to revitalising Lord Street, which has had its troubles over the last year or so.

“The team has done tremendous work inside the store.

“Our businesses try to represent the towns in which they are in, not just big, national brands.

“Getting that mix right is important to us.

“We are very excited.” 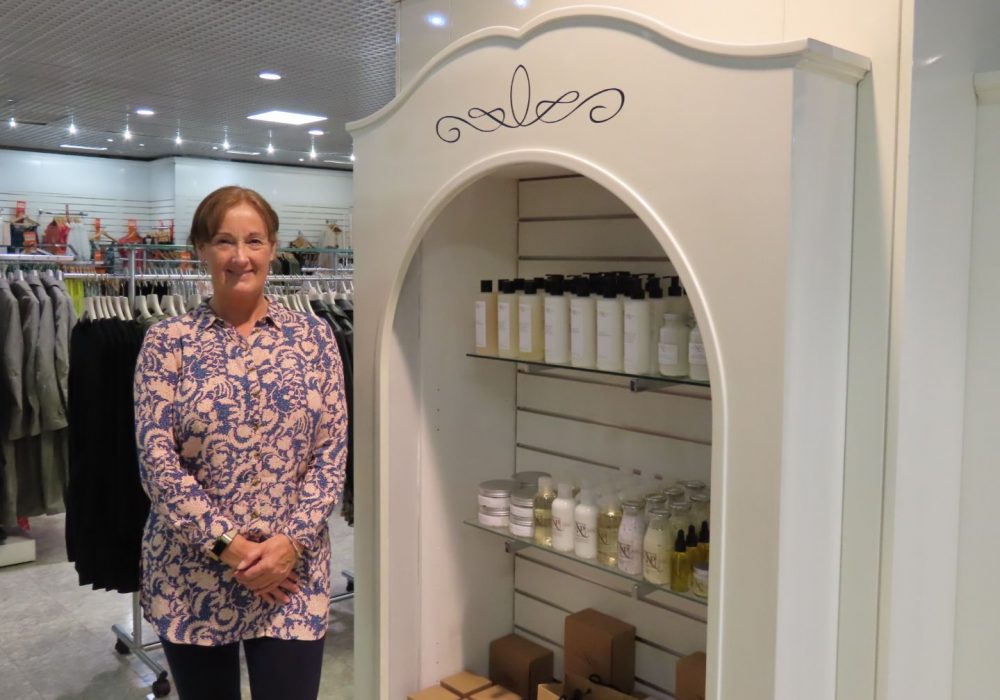 The old Beales store in Southport was among 26 across the UK which closed when the firm went into administration in March last year, as the Covid pandemic and lockdown struck the UK.

The Beales brand is now reborn, owned by New Start 2020 and headed up by Tony Brown, Chief Executive of the former Beales.

He opened a Beales in Poole in Dorset last year and a second store in Peterborough earlier this year. The new store is the first to open in the North of England, and is a real vote of confidence in Southport. 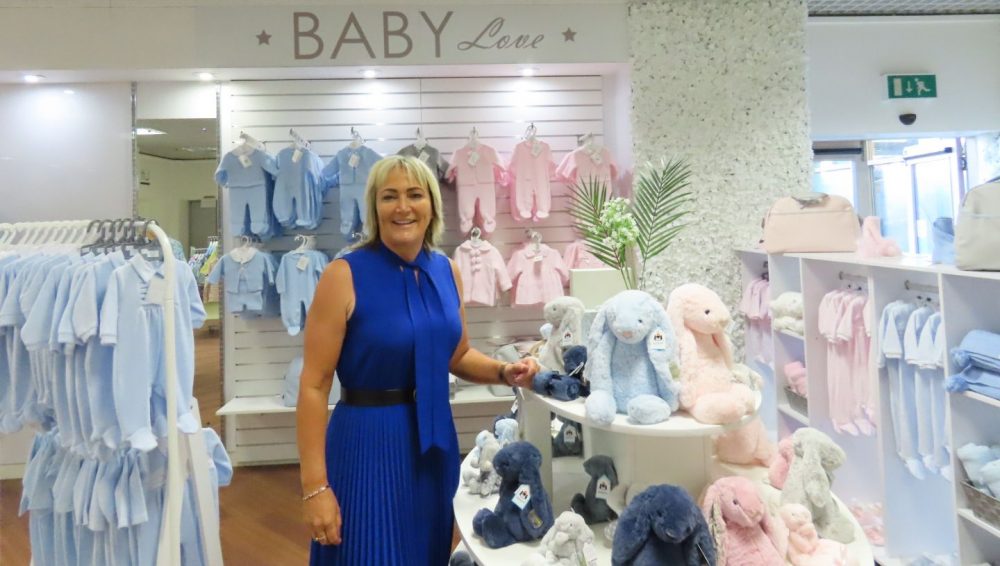 Customers however will see lots of changes in the new Beales. This time the store is hosting a number of local businesses which have opened concessions, including: Lucy Lou’s Boutique, Plaza Cards, Molloys Furnishers, In-Time, Miss Attire, Naked Peak and others, in addition to well-known national and international brands including: Forever New, Jack & Jones, Craghoppers, Carabou, Shuropody, and many more.

It is a store that really does support local businesses.

The old cafe was hidden away on the top floor. This time Remedy is opening ‘Remedy at Beales’ on the ground floor, with beautiful views into Wayfarers Arcade. 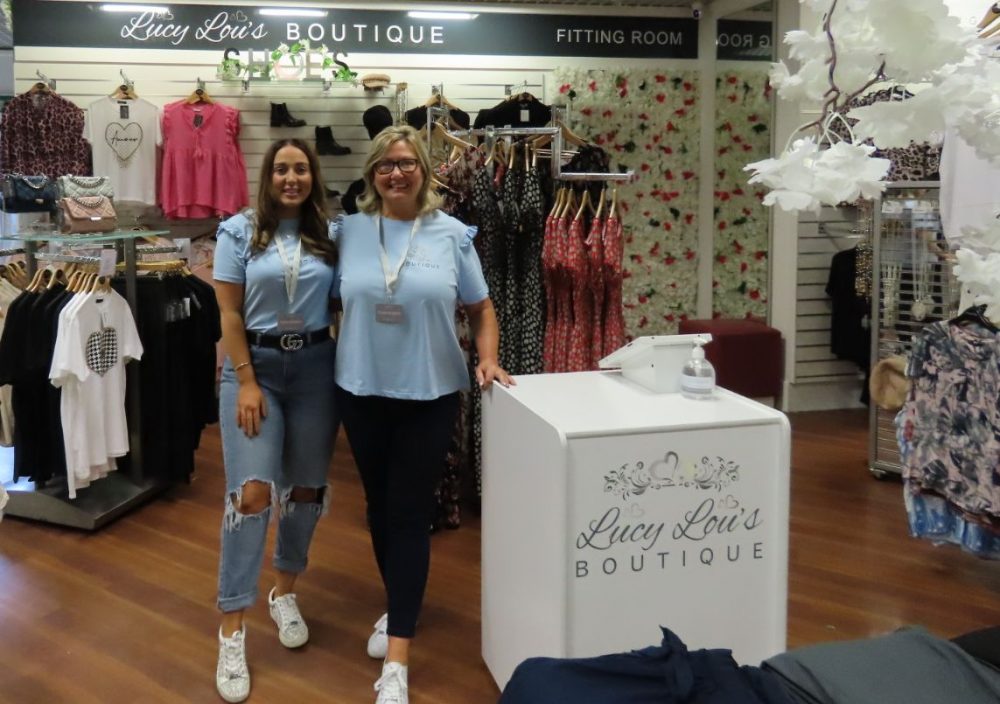 “Customers will see a real step-change, both in the product, the product mix, the way we display things, so there will be a real difference. 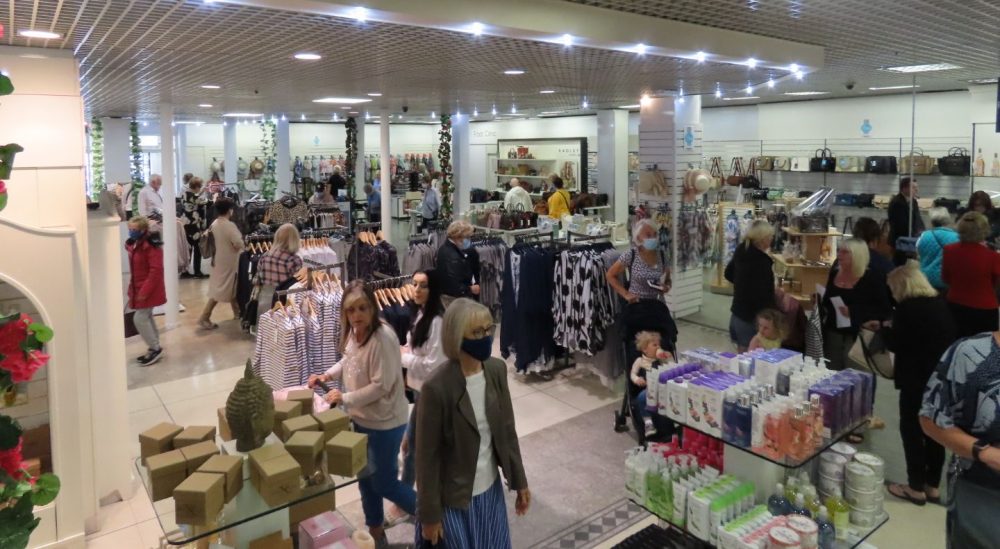 “So we are a brand new business, not the old Beales.”

There were huge queues outside the store this morning, while the response from local people and local businesses has been very enthusiastic.

MORE - We speak with the Merseyside paramedics who are starring in the new series of BBC documentary, Ambulance

Tony Brown said: “The feedback has been very, very positive, both from people staring at the windows, as they just walk by – we make a conscious effort to go out and talk to them.

“But also in the local restaurants, while we have been up here.

“People are genuinely excited about having something back into Southport that simply doesn’t exist now. 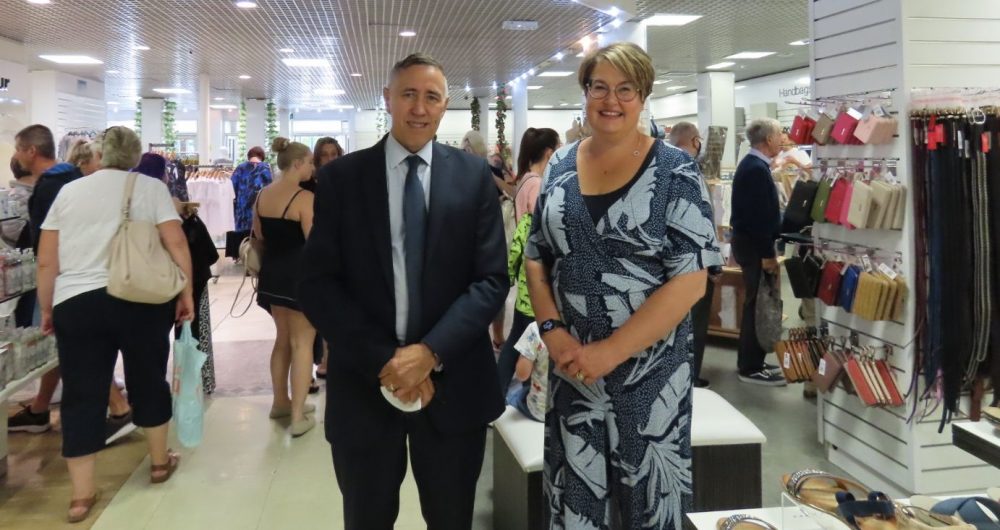 Southport MP Damien Moore had the honour of officially opening the new Beales store in Southport this morning, as he cut the red ribbon outside and made a speech welcoming shoppers.

“We are delighted to welcome back to Southport such an iconic business. 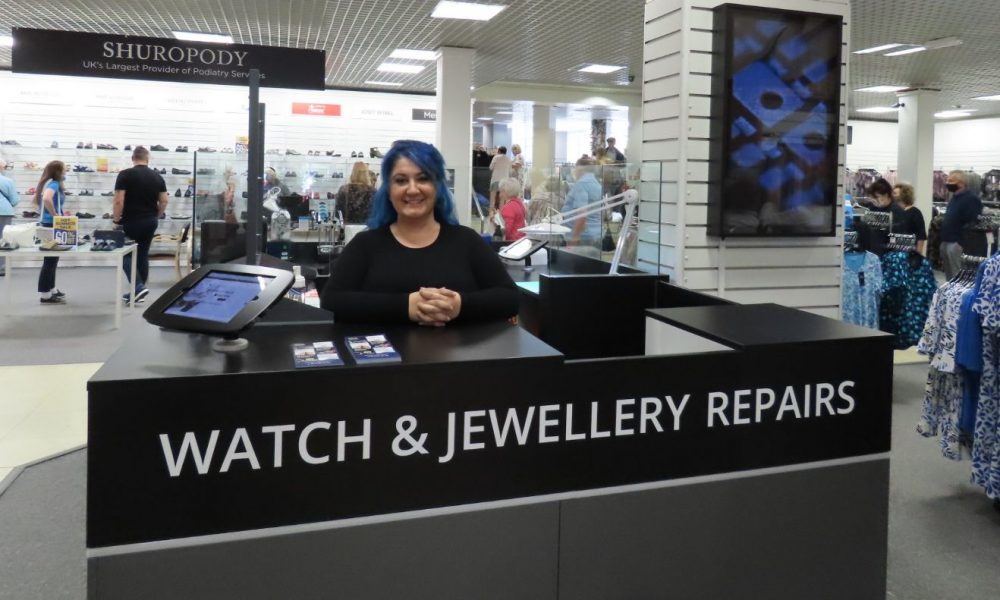 “Beales has opened stores in Poole and in Peterborough, and to see them opening their third UK here in Southport – the first one in the North of England – is really positive for our town.

“Beales coming back shows that there is a lot of positivity and interest around Southport at the moment.

“I would now urge people as much as possible to support the new Beales and all our other shops, restaurants, cafes, bars, hotels and other businesses in Southport town centre because we want to keep as many of them as possible. Local businesses here will only succeed if people support them. We also want to be able to attract more new businesses to come to Southport.”

Southport BID Chair Susannah Porter was among those impressed with the new look Beales when it opened today.

Susannah is the owner of Remedy, which has one cafe in Churchtown Village, and another in th Town Hall Gardens on Lord Street, opposite Beales. 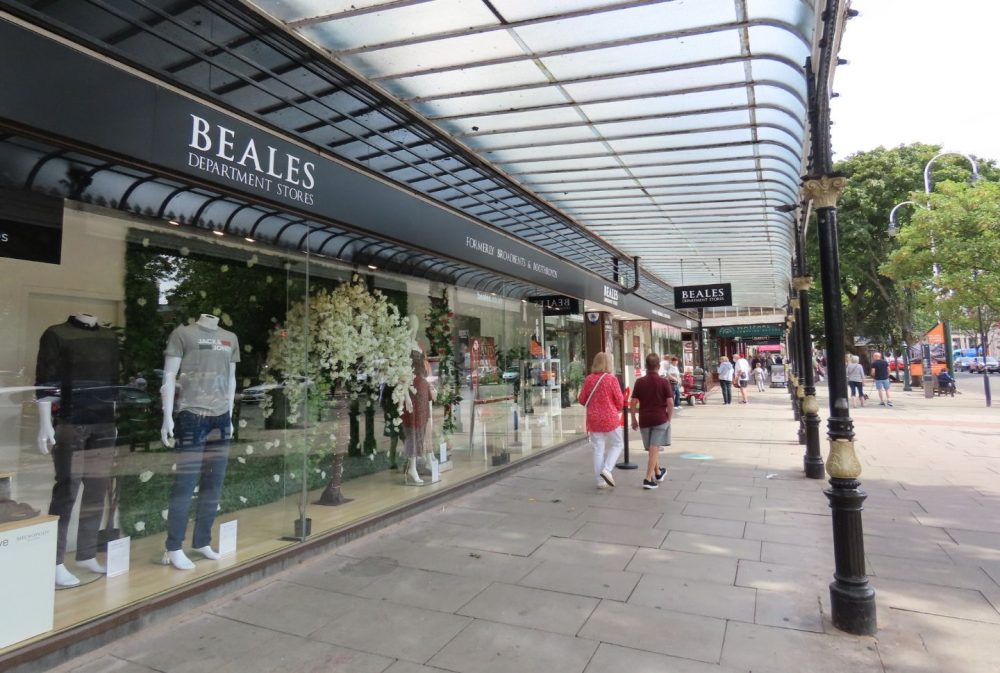 She is looking forward to opening her third venture, ‘Remedy at Beales’ in the next few days.

“It is just absolutely fantastic for the town to see Beales opening here.

“It is exactly what Southport needs to regenerate the high street with a great retail offer.”