Liverpool fundraiser gets set for Boat of Hope 300 mile challenge in honour of young lives lost to suicide - The Guide Liverpool
Contact Us Advertise with The Guide Our Video Services Follow us:

Bernie Hollywood OBE, the 63 year-old philanthropist behind the Boat of Hope campaign for youth mental health, will on 1st April embark on a 30-day Boat Pull for a record-breaking 300 miles over land at MOD Lyneham, Chippenham.

This activity is a prelude to the solo transatlantic crossing he will undertake for charity in December.

Both the Boat Pull and the wider Boat of Hope campaign are designed to shine a spotlight on the mental health challenges faced by young people as a result of the pandemic, aiming to raise £1 million for charities Samaritans and Love Rowing.

Bernie will be pulling the specially designed 6m x 1.5m Rannoch Adventure R10 Solo Ocean Rowing Boat in which he will be rowing solo across the Atlantic as part of the Talisker Whiskey Atlantic Challenge. To set a world record for the longest distance a boat is pulled on land, Bernie will seek to cover 10 miles a day for each of the 30 days in April, with every mile representing a young life lost to suicide each year.

The Boat Pull will be Bernie’s first taste of living in the Boat of Hope, as he will be spending each night there for a month. By day, he will be joined by supporters, including guest of honour Wing Commander AB Bear, an RAF mental health teddy bear mascot, created by Richard Bland whose son Andrew tragically took his own life, and who now helps families and young people open up conversations about mental health.

AB Bear will be flying into MOD Lyneham on 1st April, as part of a wider Chinook Helicopter training exercise, to help Bernie launch the Boat Pull, and will also be at Bernie’s side during his transatlantic crossing later in the year.

Other supporters joining Bernie on the Boat Pull include children’s author Natalie Reeves Billing, who wrote the children’s book ‘Bernie and Boatie’ which depicts Bernie’s forthcoming Atlantic adventure, as well as the Boat of Hope sea shanty; musician Ben Hughes, who produced the sea shanty; and renowned artist Justin Eagleton, who designed and created the Boat’s unique mural.

School children who won a nationwide secondary school Boat of Hope art competition run by principal campaign partner ParentPay will also be attending the launch of the Boat Pull.

“The Boat of Hope campaign is all about keeping hope alive even when times are hard. If children and young people feel more able to speak up and ask for help when they are feeling down, fewer will suffer alone or in silence. Wing Commander AB Bear has already paved the way for countless mental health conversations and together with the Boat of Hope we will provide even more emotional and practical support to young people who might be having a difficult time.”

“We are so excited that Wing Commander AB Bear is involved with the Boat of Hope campaign and will be there to support him as he undertakes his 30-day challenge at MOD Lyneham. We passionately believe that those struggling with their mental health should be encouraged to talk, and Bernie’s Boat of Hope is fighting for just that, so we are delighted to be able to help with raising awareness.” 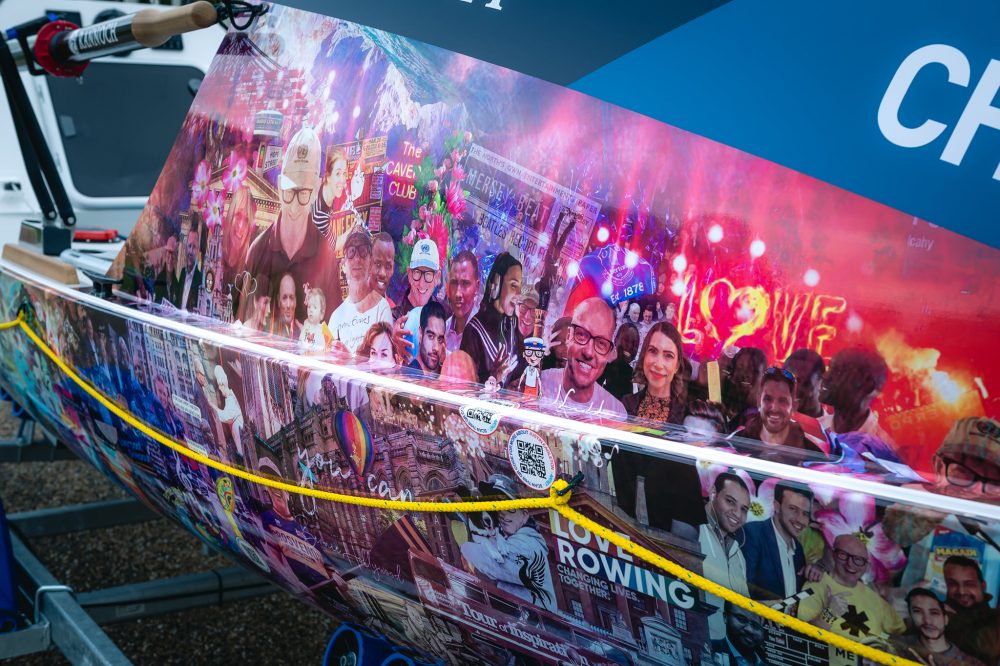 “The Boat Pull is both an exciting event and a timely reminder of the mental health support young people need now more than ever. We are honoured to be supporting Bernie in this challenge and will be cheering him on as he sets his sight on an amazing world record.”

Find out more about the Boat of Hope here and to donate to the cause, click here.