“Big flavour is really important” Nisha Katona chats about her new '30 Minute Mowgli' cookbook - The Guide Liverpool
Contact Us Advertise with The Guide Our Video Services Follow us:

Nisha Katona is so impressive, any second you manage to share with her, you’re guaranteed to learn something, feel empowered and want to spend more time with her.

She is commanding, knows exactly what she’s trying to achieve and there’s a generosity to everything she does – be it the stories that accompany her recipes, the way she supports the staff in her restaurants, or her charm on telly.

The Wirral-based chef’s new cookbook, 30 Minute Mowgli, was born from lockdown cooking, when shopping was limited and ingredients restricted.

“I went into the cupboards and found the detritus, saving splendour hidden behind bottles of store cupboard ingredients,” remembers Katona, 50. “And I cooked as I do, which is really, really quick.” Time is short, understandably. Katona was a child protection barrister for 20 years before opening her first Mowgli restaurant in Liverpool in 2014. Now she has numerous branches (the latest just opened in London) and then there’s cookbooks to write, telly to do and her charitable Mowgli Trust to run. 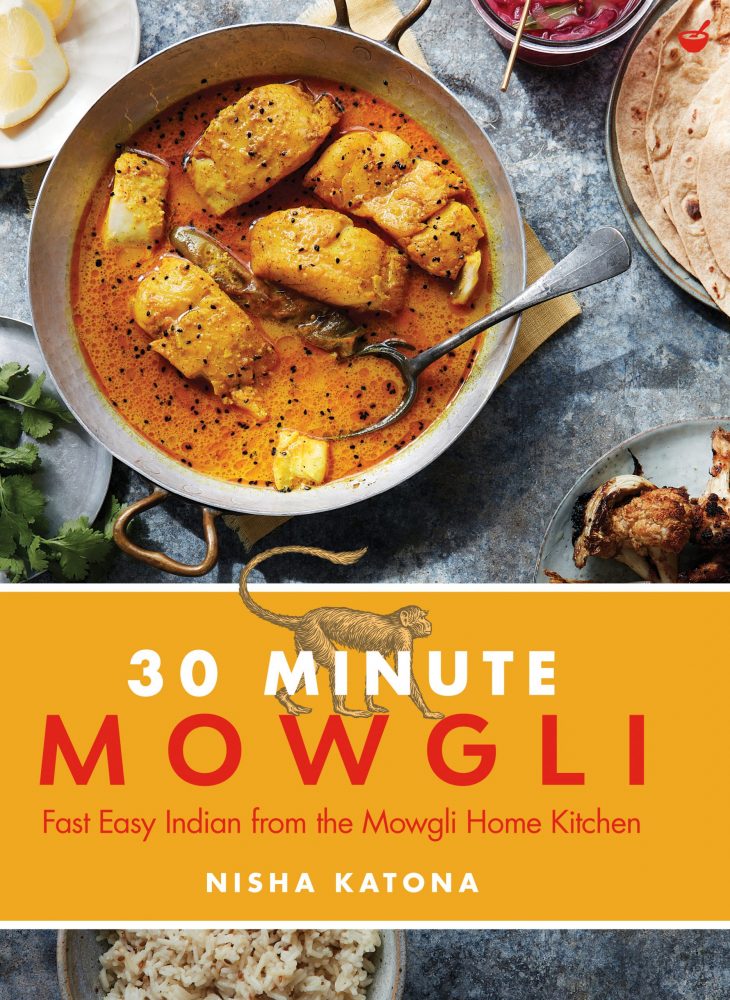 30 Minute Mowgli is not just about using up ingredients. Things might be busy, but regardless, “We have big flavour requirements in our house,” she says.

“Big flavour is really important,” says Katona, and it’s not just her family (she has two daughters with husband Zoltan) demanding it of their food. “The British now want big, instant flavour; it’s not enough just to boil cabbage and serve it with butter, although that’s a beautiful thing as well. 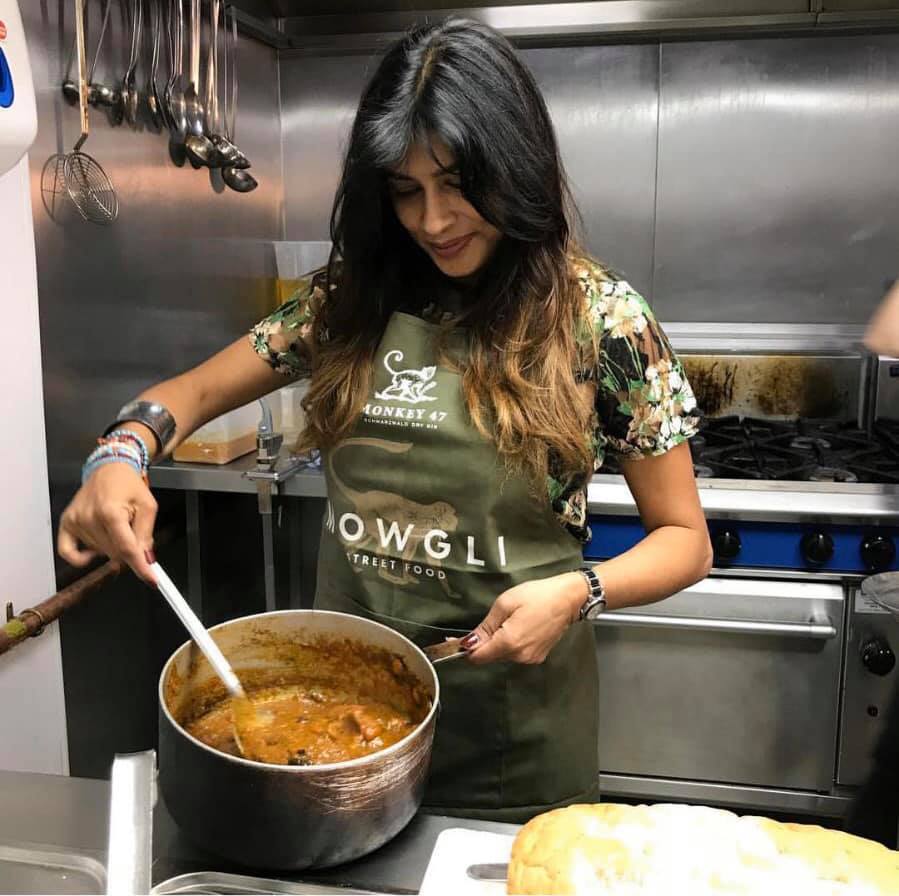 “Sometimes you do want to have a bit of flair. And so it’s really important that we understand the way this nation eats has changed, and [is better] for it! That’s what makes us such an innovative nation and so cutting edge in so many ways, because we look at the way the world does things and we learn from it. And that includes big flavour.”

She feels a responsibility to share her inherited Bengali, and wider Indian, food knowledge. “We first-generation and second-generation Indians will pass away. What we need to do is make sure the British public who want to cook Indian food can authentically conjure it, because we’ve passed the formulas down.”

Katona learnt to speak Hungarian so she could cook her mother-in-law’s recipes. “I wanted to learn how to cook, so it started off with the language of the kitchen,” she says, likening the homely heart-warming Hungarian way of eating with her own Indian upbringing. “We both came from relatively poor backgrounds, you use every part of every ingredient – meat on the bone, you cook with thighs; we really cooked with the same sorts of ingredients,” says Katona, who shares several of her mother-in-law’s recipes in the book, including her little sparrow dumpling soup and paprika chicken.

And Katona really wastes nothing. In her opinion, broccoli stalks are the tastiest bit, bones stay in, and her grandmother’s best curry was actually a potato peel curry (“Can you imagine?!”) She also has a particular fondness for cabbages, because they’ll sit for two months in your fridge quite happily. “We mustn’t be afraid of food that is sitting there quietly, patiently waiting. This whip behind our feet of sell-by dates can be one of the worst things in terms of food wastage,” she says. “Look at it, smell it, has it grown its own ecosystem? If not, peel the outer leaves off and you’re away.”

Katona’s career in law has certainly helped shape how she eats and cooks. To learn the trade, “You have to sit around the table and eat with other barristers and judges and learn the ropes from them over food”, she explains, adding with a laugh: “Food has always been a big part of a lawyer’s life; very often you go for lunch and you negotiate your best deals over food, where people’s hearts and minds are a bit softened.”

That forensic mind is helpful when it comes to flavour-based decision making – like the time Katona blitzed up a gingerbread house and used it to coat lamb chops (“Heavenly”), and when she sloshed her gin and tonic over salmon as a marinade at a barbecue (“It was divine”). She says “idleness and cutting corners” can lead to some of the best inventions. The Rice Krispies in her snacky bhel puri aren’t a shortcut, though; they’re essential. “That is honestly how my family eat it.”

Throughout the book, Katona speaks of her ancestral home in India where instead of “normal toys” she learnt to prep fish on her Bengali grandmother’s veranda. “There weren’t acres of coloured plastic when I was growing up, so what you would do is you would scale fish, gut fish, wash fish; you would mince meat, make kebabs with your hands. Before you could speak, you’re mixing dough.” 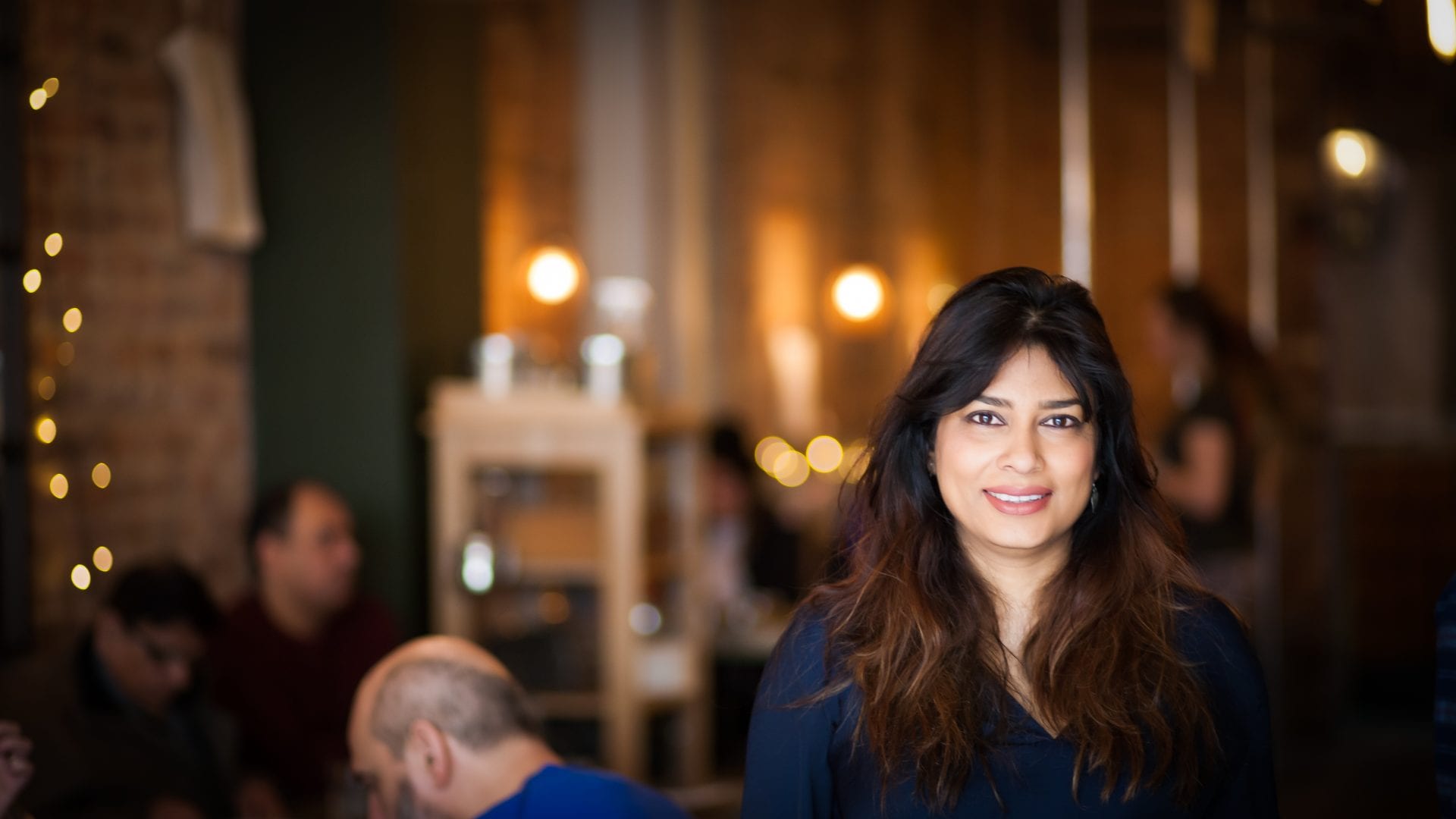 She recalls fish scales going everywhere, all in her hair, and being able to make such a mess, because the whole veranda would be washed clean with a bucket of water and left to bake dry in the sun.

Then there’s her Indian fish finger sandwich recipe, inspired by long car journeys to McDonald’s in London in the late Seventies. “Honestly, we were driving for those fries and for a Filet-O-Fish – we felt as though they had made that specifically for the Indian community, and it’s still got a charm,” she says. Katona recalls how her mum would zhuzh her bun up with homemade green chilli pickle and slivers of red onion: “My mother still really reveres the Filet-O-Fish.” That’s some big, instant flavour we can definitely get behind.