BLOG: Let's talk about mens mental health, please - The Guide Liverpool
Contact Us Advertise with The Guide Our Video Services Follow us: 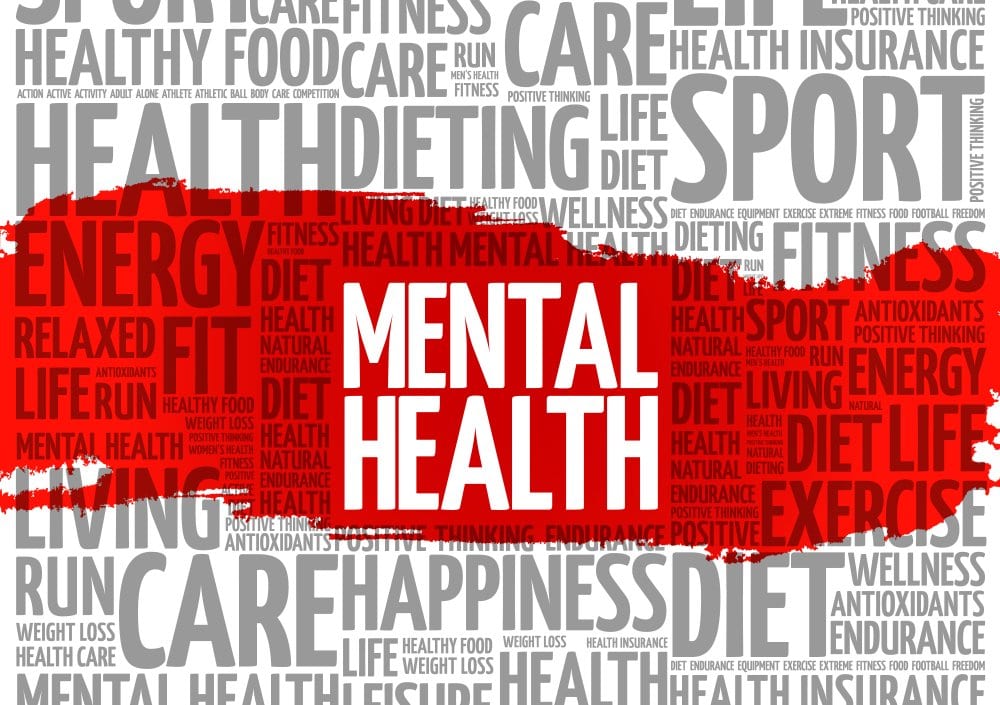 Recently I shared a Facebook status about where my head was at only 3 years ago. I was lonely, depressed, my head simply didn’t work. I had felt a mess for 2 years since the birth of my son, (who I love more than anything on this planet) I fell into what many people don’t realise exists, it’s called paternal depression (or male Post Natal Depression). I became a stay at home Dad and not long later I left my religion, which was a huge part of my upbringing. I lost a lot of friends in the process, I had to get counselling via our NHS and then in January 2015 I split up with my wife for the first time. I didn’t have anywhere to go so I made the sad trip into the municipal buildings on Dale street and registered homeless to get emergency housing. I didn’t get it. I missed the phone call and I was to spend 3 days staying in the spare room of my newlywed friends.

I began coping with the pressures by launching head first into work not long after, working 4 jobs at the same time. But little did I know, a year later I would hit rock bottom again and lose my jobs and the cycle of life continued. It happens to all of us, whether we want it to or not. Life happens and we are forced to cope. I was fortunate enough to have friends and family around me to help. Nobody could tell I was broken, but for 4 years I spent dipping in and out of depression with less than a hand full of people being aware.

For many years now, social media has been making us believe we have hundreds or even thousands of friends. But this isn’t the case, is it? For men, roughly 12 percent over the age of 18 don’t have a close friend they would confess a serious life problem to. This is a major problem, isn’t it?

Eating disorders, dieting and extreme exercising are as much of a problem for UK secondary school boys as for girls, suggests a survey. Of more than 1,000 eight- to 18-year-old boys polled, 55% would consider changing their diet to look better. And 23% said they believed there was a perfect male body. “Boys are increasingly worried about their appearance,” said Karen Fraser, of the Credos advertising industry think tank, which conducted the survey. Most of the boys polled saw eating disorders (56%) as an issue for both boys and girls.

Soon after your mid-20s, your social circle shrinks, according to a recent study by scientists from Finland and Oxford University. The teams analysed data from 3 million mobile phone users to identify the frequency and patterns of whom they contacted and when, as well as overall activity within their networks. Men and women were found to be socially active, making plenty of friends and social contacts until the age of 25, after which point they started losing them rapidly. Women losing them at an initially faster rate than men. The average 25-year-old woman contacts about 17.5 people per month, while a man contacts 19 people.

Here is the thing – This isn’t just the facts of life. This is a real problem. 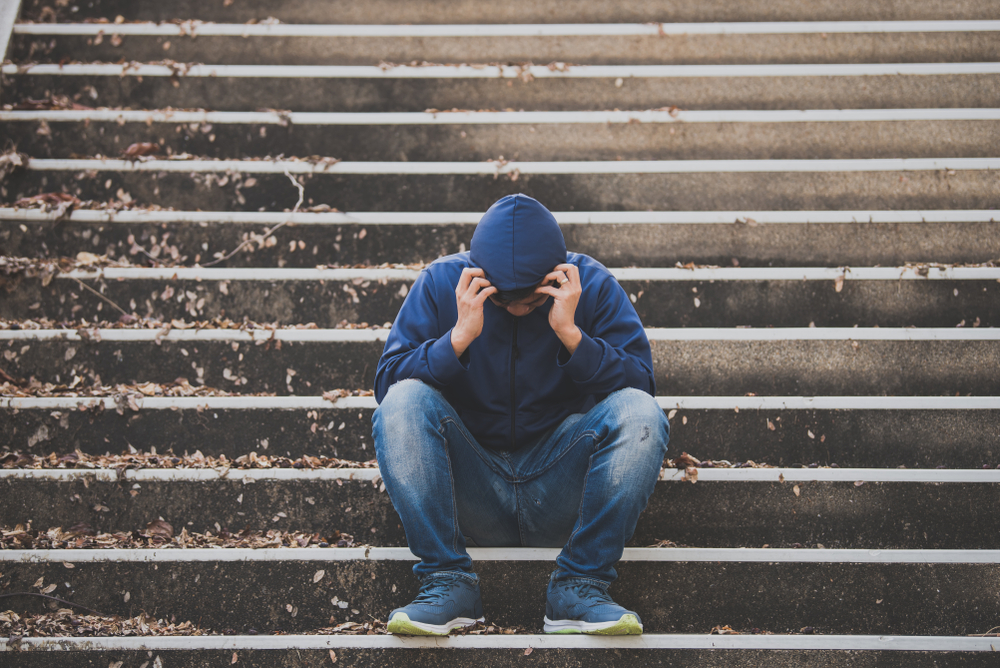 A YouGov poll carried out by The Movember Foundation found that 12 percent of men over the age of 18 don’t have a close friend they would discuss a serious life problem with. That’s two and a half million men across Britain. Over a quarter of men said they got in touch with their mates less than once a month, and 9 percent said they don’t remember the last time they made contact with their friends. Research by the World Health Organisation has shown that a lack of close friends has a significant impact on men’s health in the long term, leaving men at risk of depression, anxiety and suicide.

“Many men we’ve spoken to don’t actually realise how shallow their relationships have become until they face a significant challenge, such as bereavement, breakdown of a relationship, fatherhood or loss of employment – and yet that is of course when good friends are needed most.” – Sarah Coghlan, head of Movember UK.

This post has taken a male centred perspective, hasn’t it? Make no mistake about it, when it comes to mental health issues – nature seems to be extremely sexist. Maybe due to society’s expectations of masculinity – Men are suffering. Just over three out of four suicides (76%) are by men and suicide is the biggest cause of death for men under 35 (ONS) While 12.5% of men in the UK are suffering from one of the common mental health disorders. Men are also nearly three times more likely than women to become alcohol dependent (8.7% of men are alcohol dependent compared to 3.3% of women – Health and Social Care Information Centre).

So here is an important and vital question – What are you doing to help your friends?

More often than not, nobody is looking for the warning signs. The person who is smiling, laughing and socialising to the outside world can also be dying inside. The person who is the butt of the jokes may seem to have thick skin, but inside they may be wounded by the harsh words and criticism they are getting. People see life through Facebook and assume that your highlights are the life you lead. It’s time we all stop – We need to start being friends again and not just Facebook acquaintances.

Now we have looked at the statistics and the facts, how about we take a different approach now. How about thinking about your male friends who are going through tough or difficult times and checking in on them? It is what I needed and it is what my friends and your friends need too.

Dale has a love and passion for Liverpool and local tourism. For the past 4 years he has worked in the tourism industry, most recently with Liverpool City Sights as their head of marketing and business development manager setting up their tours, including the City&Beatles Tour, which has been the most reviewed tour in Liverpool over the past year, leading to Dale being shortlisted for Liverpool’s Tourism Star of the Year award. Dale currently works with Cavern City Tours on the world famous Magical Mystery Tour and is considered Liverpool’s youngest Beatles Expert. Visit his website here.

Are you struggling? Or do you know someone who is? Read below for your mental health services in Liverpool.

A free NHS service offering quick and easy access to talking therapies, practical support, and employment advice. Aims to help people who have common mental health problems such as feeling stressed, feeling low in mood (depressed) or very nervous (anxiety). Service is available through GPs in Liverpool, a range of voluntary sector organisations and by self-referral either online (www.talkliverpool.nhs.uk) or by phone (0151 228 2300).

Set up by Liverpool comedian Jake Mills, from Croxteth Park, who was suffering from depression in 2013 and tried to take his own life.

Since then he’s turned his life around and is devoting his time to helping others dealing with depression.

Free helpline anyone who needs to talk about tough times can ring. You can call, email, text, write or talk to trained volunteers face-to-face. Calling Samaritans is free of charge from a landline or mobile. The number is 116 123. For more information go towww.samaritans.org

CALM, the campaign against living miserably, is a charity dedicated to preventing male suicide, the biggest single killer of men aged 20 – 45 in the UK.

Aims to improve quality of life for anyone affected by mental illness. There’s a helpline available on 0300 304 7000 from 6pm – 11pm every evening. There’s also an online support forum at www.sane.org.uk/what_we_do/support/supportforum