Blues fans can zip wire over Goodison Park for charity - The Guide Liverpool
Contact Us Advertise with The Guide Our Video Services Follow us:

Blues fans can zip wire over Goodison Park for charity

Blues fans are being given the chance to soar over the hallowed turf of Goodison Park on a zip wire to raise money for charity.

With only a couple of seasons left at the historic ground, Evertonians can get a totally new perspective on the Grand Old Lady before she heads into retirement.

The zip slide will be stretched high up across the pitch, along the length of the halfway line, for daredevil supporters to take an unforgettable heart-racing ride.

Fans are used to the odd nail-biter, but at least this one will be a thrill with a secure ending and some incredible views along the way.

The event is being held over two days, Saturday March 26 and Sunday March 27, to raise funds for Everton in the Community.

Everton in the Community is one of the Premier League’s top community schemes and one of the UK’s leading sporting charities, supporting projects which tackle a range of social issues from anti-social behaviour and crime to dementia and disability.

Putting all club rivalries to one side, thousands of people – often some of the most vulnerable or disadvantaged across Merseyside – have been given life-changing opportunities thanks to the charity. 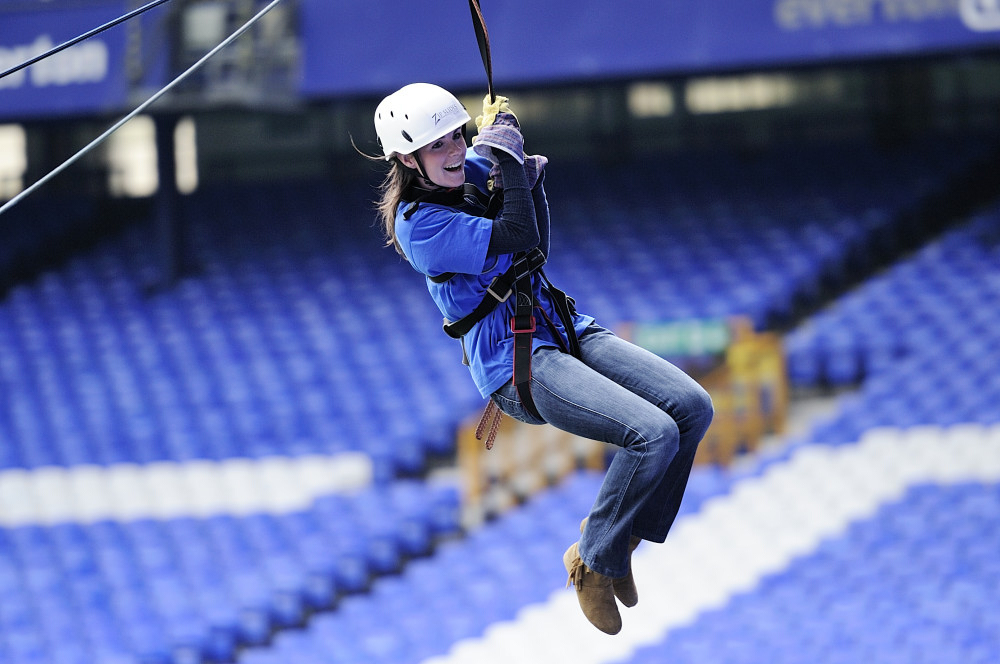 Fundraising manager Carena Duffy says the zip slide event, which is coming back to Goodison after a couple of years away, is one Everton in the Community’s biggest in the calendar.

“We’ve been hosting the zip wire for about the last 10 years, and although we had to have two years off because of Covid so there wasn’t one in 2020 or 2021, now we’re able to do it again which is great because it’s always a highlight for us and for everyone who takes part.

“In 2019 we had the Everton Ladies participating in it and we’ve had Duncan Ferguson for a few years so we do like to involve someone from the club when we can.

“And in terms of the money raised, the zip wire makes a really big difference. In previous years we’ve raised anything between £30,000 and £50,000 just from that one event.”

Carena says it’s an opportunity that Blues diehards shouldn’t miss, especially as it’s one which won’t be around for too much longer.

“We always say that the zip wire puts the fun into our fundraising because, although it only lasts a few minutes, it’s just such a memorable thing to do and a fantastic opportunity for fans to make the most of Goodison.

“We’re only going to be here for another two seasons so there won’t be that many more chances to have such a special experience in this stadium which fans love so much.”

Blues will be able to fly across the pitch which has witnessed so many historic moments, and they can keep an eye on the neighbours while they’re up there!

“Anyone taking part will go up to the top balcony of the main stand where most people haven’t been before, into a really old part of the stadium, and you get this amazing bird’s eye view across the city – including right over to Anfield,” says Carena. 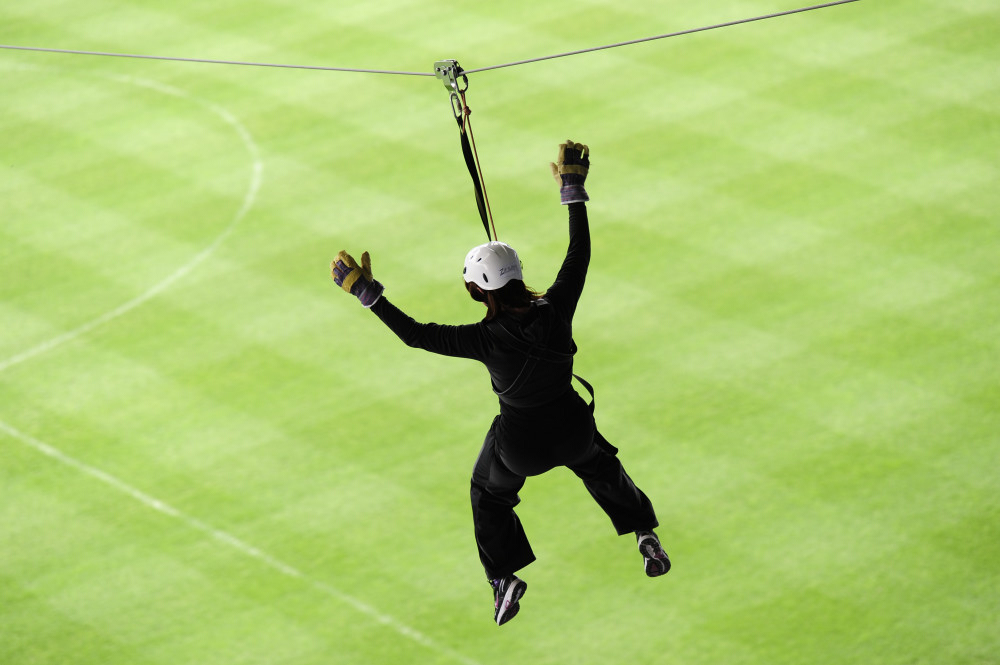 With 180 places available, Carena is urging fans to take the plunge for a good cause.

“In the past we’ve had whole families coming along and fans travel from around the country to do it because it’s a real day out.

“It will be like a family fun day, we’ll have a DJ so there’ll be music all day, face painting and live performances from the Everton in the Community Spirit Choir. It’ll be a really great atmosphere.”

There’s a minimum weight of six stones and a maximum of 17.5 stones, but other than that everyone’s welcome and they’ll receive a certificate, medal, goody bag and photograph as a memento of the experience.

Supporters can book their place with a £20 entry fee, with a pledge to raise a minimum of £200 for the charity.