BoBo on Castle Street launches new Rum Club - The Guide Liverpool
Contact Us Advertise with The Guide Our Video Services Follow us:

The question ‘is rum the new gin?’, has been repeatedly asked in recent years and according to one of Liverpool’s coolest bars the answer is an unequivocal ‘yes’ as they launch their new Rum Club.

BoBo, on Castle Street, is Liverpool’s only authentic Iberian wine café, and given its style it means Rum is one of the key drinks on its menu which they will celebrate every month, starting in April.

BoBo offers as many as 15 different, unusual and specialist rums to suit every taste. It’s in line with what has been happening in the premium drinks industry over the last couple of years.

Rum became one of the favourite tipples during the lockdowns of 2020 and 2021 and according to the IWSR (International Wine and Spirits Record) it’s a trend that is set to continue with global rum volumes expected to increase by 15%+ up to 2025.

However, what is really driving UK rum sales are the flavoured and spiced rums, which have a huge appeal to younger drinkers, alongside the UK’s booming cocktail culture meaning bars are looking for new and innovative recipes to captivate their customers.

“Rum is undergoing a great revival and we’re sure it will be one that lasts. It’s easy to see why as well because you can have so much fun with the flavours and these days there is so much choice. It’s not just all the big producers either, there are small distilleries popping all over the place, including in the UK.

“We love rum here for a couple of reasons. Rum is such an important addition to a cocktail and we are cocktail specialists at BoBo and Abditory, and we also love Spain and Portugal where there is such a rich Rum history and heritage. It’s such an interesting drink that spans centuries and continents.” 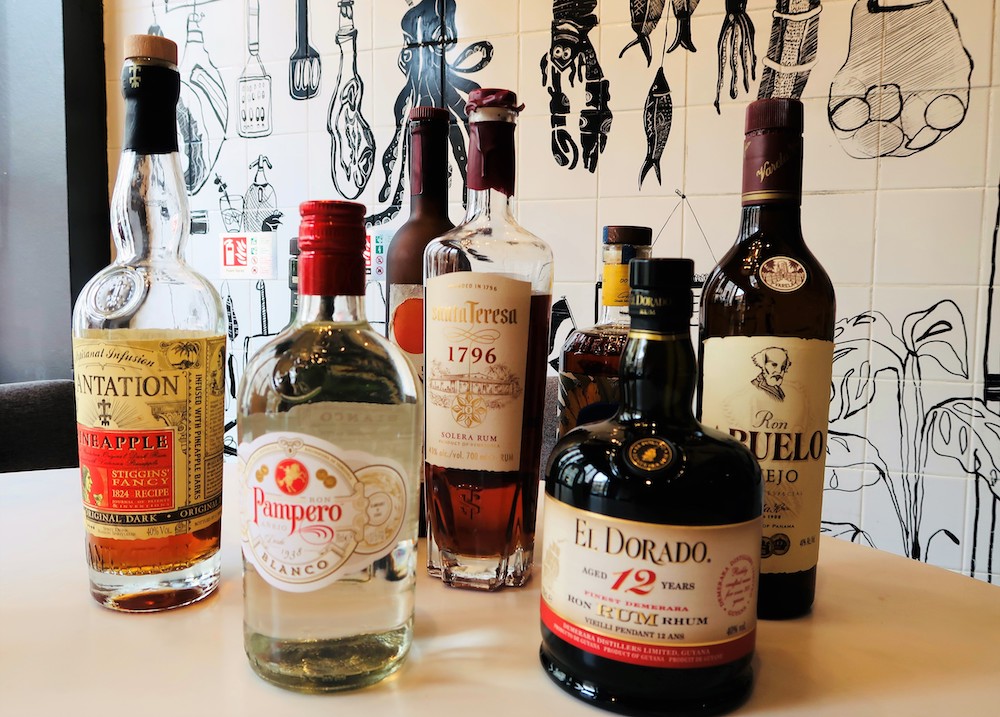 Rum is fermented from sugarcane and its cultivation began around six thousand years ago in what’s now known as New Guinea and from there spread around Southeast Asia and India. By the 13th century, the knowledge of sugarcane cultivation had spread across Europe and over time sugarcane plantations were set up in the Portuguese islands of Madeira and the Azores and the Spanish Canary Islands.

As the Spanish proceeded to colonise the Caribbean, sugarcane spread to Cuba, Puerto Rico, and Jamaica, while the Portuguese colonisation of Brazil intensified cultivation of sugarcane and production of sugar, which eventually led to the creation of cachaça – the key ingredient in Brazil’s most famous cocktail Caipirinha, one of BoBo’s signature drinks.

Adam added: “Our new monthly Rum Club will evoke that rich history of rum and we will take our customers on a journey from the Caribbean to South America and a few other stops on the way. It will be a fun and relaxed evening that strikes the right balance between a little learning and a lot of laughter as we sample some of the finest rums from the world’s finest distilleries.”

BoBo’s Rum Club launches on Thursday April 21st 6-8pm and for just £30 over 90 minutes participants will enjoy seven rums starting with a Dark and Stormy cocktail and ending with the tasting of a speciality rare rum.