Bombed Out Church is planning a visually spectacular 2022 for the whole city to enjoy - The Guide Liverpool
Contact Us Advertise with The Guide Our Video Services Follow us:

The Bombed Out Church is already one of Liverpool’s best known and loved landmarks, but now it’s lining up a programme of events that will make it even more visually spectacular in 2022.

They’ll get off to a wild start this weekend with a giant tiger projection to celebrate the Chinese Year of the Tiger as well as hundreds of 3D Chinese lanterns designed by local schoolchildren, projected onto the building.

And there are plans for more large-scale projections, festivals, theatre, films and concerts which will showcase the church as one of the city’s most unique spaces for open air arts and culture.

Sam Raymond says the year is looking exciting with hopefully something for everyone so communities across Liverpool can get involved and feel part of what’s going on at St Luke’s.

“We traditionally close during January, not just because it’s grey and usually cold, but because it gives an opportunity to do maintenance in the building and time to start imagineering and thinking about the year ahead.

“There’s been a lot of work going on behind the scenes to raise the bar in terms of the diversity of what we do, and the frequency, and also the community use of the site which is important.

“Ever since the church has been used as an arts and cultural venue, from around 2010, it’s always been a space that’s served as a focal point for the fantastic variety of culture that there is in this city. One of our aims is to continuously make the venue available so that variety can be experienced and celebrated.

“The church is such a striking place and when you go inside the nave and you look up and see sky it’s such an unusual experience, it makes you curious straight away. That then means you’re really receptive to what you experience inside the space so we intend to make the most of that potential as much as possible.”

Collaborations with digital creative company Focal Studios, which is based in the Baltic Triangle, have been key to using the church an amazing visual backdrop. 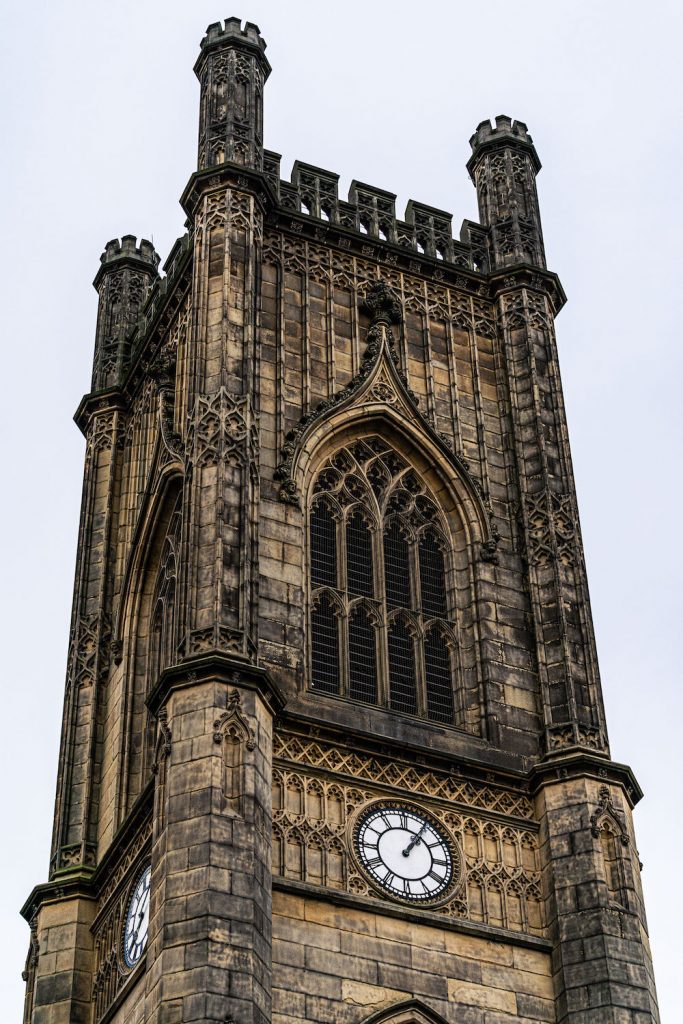 Last May they brought Luxe to the Bombed Out Church as part of the Light Night celebrations, turning the tower into what was thought to be the UK’s largest augmented reality video game.

At Christmas they were behind a series of 3D snowflakes, designed by local primary schools, projected throughout the festive period.

“The church really lends itself to projection mapping projects and working with Focal Studios has meant we’ve been able to bring in the equipment, enormous projectors the size of suitcases, to do it.

“Because Chinese New Year is such an important date in the calendar at St Luke’s we wanted to do something really special and we thought it would be cool if we could pretend there was a tiger living inside the tower and project that over the weekend.

“The idea and the concept just spiralled from there and now it’s become increasingly elaborate. Scenegraph Studios is a 3D animation company which Focal works with, so that’s how everything came together technically.

“We also wanted 3D lanterns which we could project onto the building, in a similar way to the snowflakes. This time we sent out a template to local primary schools and, thanks to Pagoda Arts, to a number of children’s arts groups and wellbeing groups within the local Chinese community.

“Children were given a rectangle where they could illustrate their wishes for the future and how the world could be a better place or just make a drawing to celebrate Chinese New Year.

“We had some really fantastic entries and all of those 2D illustrations were taken and wrapped around a 3D digital lantern to create a final projected show lasting about 10 minutes which will be on a loop across the weekend.”

Sam says over the past two or three years, the venue has successfully increased its profile due to ambitious programming and also the growing popularity of the Garden Bar & Café.

“We’ve been lucky to get a team in place to be able to deliver events that are highly professional and they have the passion to recognise the potential of the space and realise that.

“What’s been fantastic as well is that we’ve been able to start developing relationships with other venues in the city in really positive ways. We’ve all got our own unique thing which we offer to the cultural and arts scene and it’s really wonderful to have those strengthening links.

“The Bombed Out Church is a place that the city is so proud of and it’s nice that increasingly it’s somewhere different organisations and groups and communities from across Liverpool can converge and create together and do unique things.”

Find out more about the Bombed Out Church here.