British Army to receive Freedom of Liverpool for Covid test centre support - The Guide Liverpool
Contact Us Advertise with The Guide Our Video Services Follow us:

The British Army regiments which have supported the Covid testing pilot in Liverpool over the last month are set to receive the Freedom of the City.

Around 2,000 troops have facilitated 200,000 tests at almost 50 testing centres over the last month, with around a third of the population getting tested.

The Coronavirus infection rate in the city has reduced from 680 per 100,000 people to under 100 in the space of around six weeks.

It enabled Liverpool and the wider city region to become the first area in the country to move down from Tier 3 to Tier 2 when lockdown ended, with many businesses able to reopen for the first time in two months. 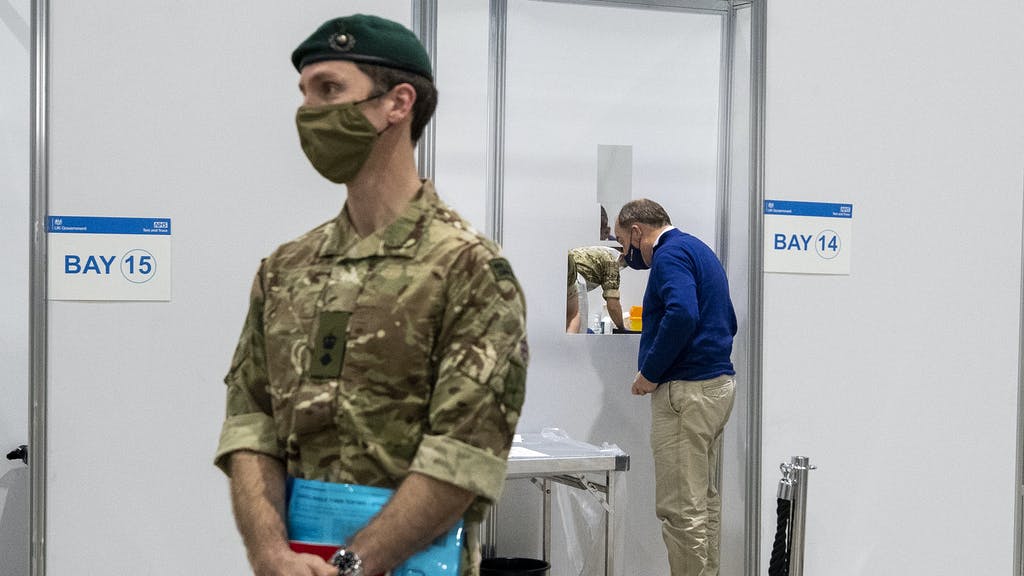 Brigadier Joe Fossey OBE, Commander of the 8th Engineer Brigade –  which has led the operation – is to be presented with a special scroll proposing their inclusion in the Freedom Roll of Associations, prior to ratification at an extraordinary council meeting in January.

MORE - From shopping to dining & theatre, Liverpool is all set to welcome you this Christmas

It is the highest civic honour the city can bestow and is in recognition of the military’s contribution to the communities of Liverpool.

“At the height of the second wave of the COVID-19 pandemic in November 2020, The Associated Regiments of the British Army led by 8 Engineer Brigade on behalf of Standing Joint Command (United Kingdom) were assigned to support the City of Liverpool in its fight against the pandemic in co-ordinating and providing mass testing across the city. The city acknowledges the fantastic contribution of all personnel in such difficult and unprecedented times andthanks them all for their outstanding leadership.”

The city has also commissioned the minting of special commemorative coins, which will be issued to each of the troops involved in the operation, as a civic gift from the city, at a later date.

The remaining testing centres in Liverpool have now been handed over to private contractors to run, concentrating on what is known as SMART community testing (Systematic Meaningful Asymptomatic Repeated Testing), focused on enabling people to go about their everyday lives safely, opening up the economy and getting life going again in Liverpool. 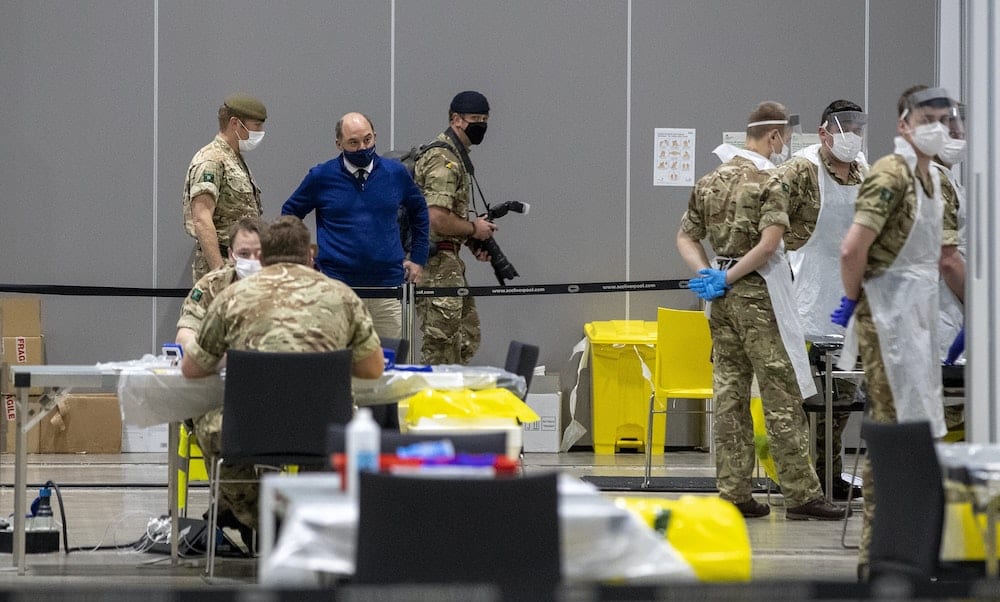 “We owe the British Army troops an incredible debt of gratitude for their work in setting up and staffing testing centres across the city over the last month.

“We have had so many compliments about their patience, helpfulness and professionalism in supporting people through the process of having a test.

“Let us remember that nothing like this had been tried on this scale before in this country, and in record time, so they should be truly proud of their role in helping Liverpool and the wider city region come out of the lockdown in a lower Tier than we entered it.”

“We are bestowing the highest civic honour on the regiments involved in the testing pilot because of the huge contribution they have made to our communities during their time here.

“The City of Liverpool has a long and deep-rooted association with the Armed Forces, and we are tremendously proud of the contribution made by service personnel, both here and abroad, to communities that need their support.”

“It is a great privilege for a unit from the British Armed Forces to receive such recognition.

“I am extremely proud of what we have all achieved in such a short time and how warmly we have been received by all those in the city.

“To receive Liverpool’s highest civic honour crowns an extraordinary 6 weeks for all of us and marks an important moment in the continued/continuing fight against Covid-19.”

MORE - Forty hectares of new woodland to be planted across Liverpool