Channel 4 to air 'deepfake' version of the Queen's Christmas message - The Guide Liverpool
Contact Us Advertise with The Guide Our Video Services Follow us:

Channel 4 will deliver an alternative Christmas message with a digitally created “deepfake” version of the Queen, played by actress Debra Stephenson.

The channel’s annual Christmas Day broadcast will appear to show the Queen telling viewers: “On the BBC, I haven’t always been able speak plainly and from the heart.

“So, I am grateful to Channel 4 for giving me the opportunity to say whatever I like, without anyone putting words in my mouth.” 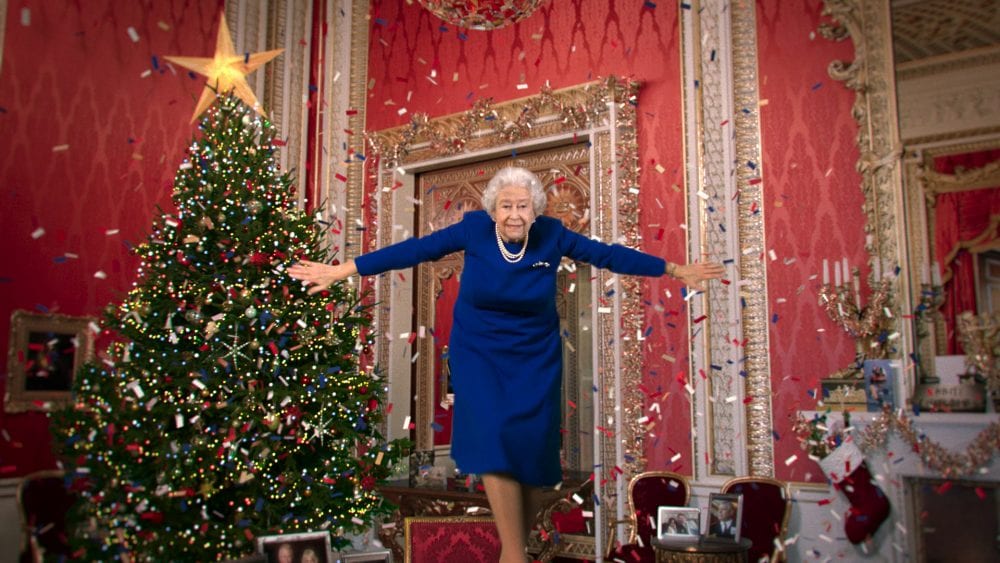 The artificially rendered version of the monarch, created by visual effects studio Framestore, will appear to share her thoughts on the departure of the Duke and Duchess of Sussex from the UK, and the scandal surrounding the Duke of York and his connection to convicted sex offender Jeffrey Epstein.

She can also be seen performing a TikTok dance routine and revealing her penchant for “Netflix and Phil” with the Duke of Edinburgh.

Deepfake technology has become increasingly prevalent over recent years and can be used to create convincing but completely manufactured video content of high-profile figures, most notably of former US president Barack Obama, who has been the subject of a number of deepfake videos. 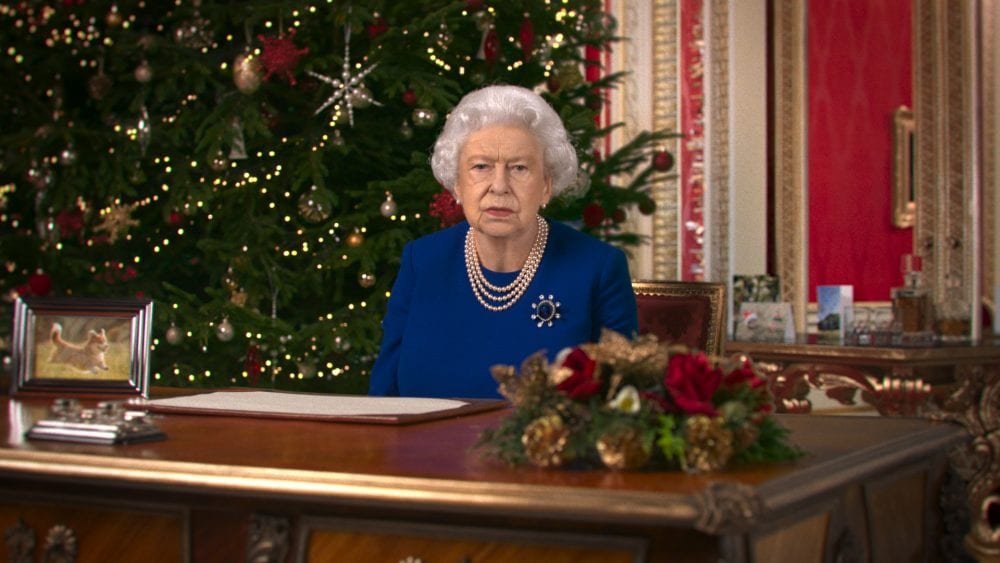 The artificial rendering of the Queen, devised by special effects creatives at Framestore, was directed by William Bartlett, and Stephenson read a script by James Kettle.

The end of the message shows the artificially created images flickering before disappearing to reveal the green screen used to manufacture images of Buckingham Palace and show it was in fact Stephenson playing the Queen.

“I have an intense fascination with deepfake technology. For years I have studied people to impersonate them for TV, but now I can truly become them.

“As an actress it is thrilling but it is also terrifying if you consider how this could be used in other contexts.” 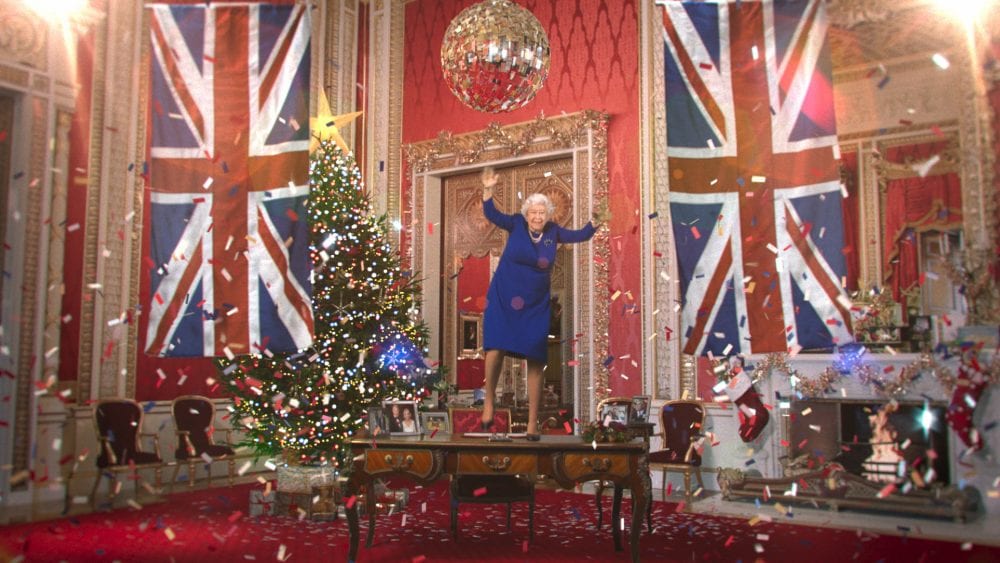 Channel 4’s alternative Christmas message airs opposite the BBC’s broadcast of the Queen’s official annual televised message to the nation.

It has previously been delivered by whistle-blower Edward Snowden, actor Danny Dyer, the Reverend Jesse Jackson, Doreen and Neville Lawrence, children who survived the Grenfell Tower disaster, and The Simpsons.

“Deepfake technology is the frightening new frontier in the battle between misinformation and truth.

“This year’s Alternative Christmas Address – seemingly delivered by one of the most familiar and trusted figures in the nation – is a powerful reminder that we can no longer trust our own eyes.” 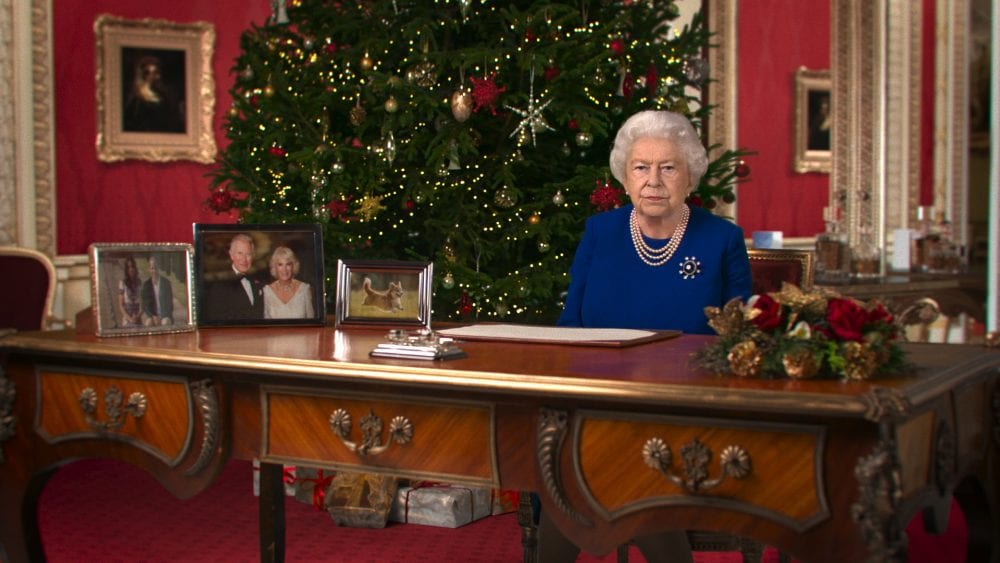 “This was a great project to be asked to direct.

“Deepfake is an interesting spin-off from the recent advances made in machine learning and AI and, while it is a powerful new technique for image-makers everywhere, it is also a tool that can be used to misrepresent and deceive.

“With Channel 4, we wanted to create a sequence that is hopefully entertaining enough that it will be seen by a lot of people and thereby spreads the very real message that images cannot always be trusted.”

MORE - Kim Cattrall discusses gender issues, the US election and more in a new podcast interview