Chester hosts biggest transport decision for a generation - The Guide Liverpool
Contact Us Advertise with The Guide Our Video Services Follow us: 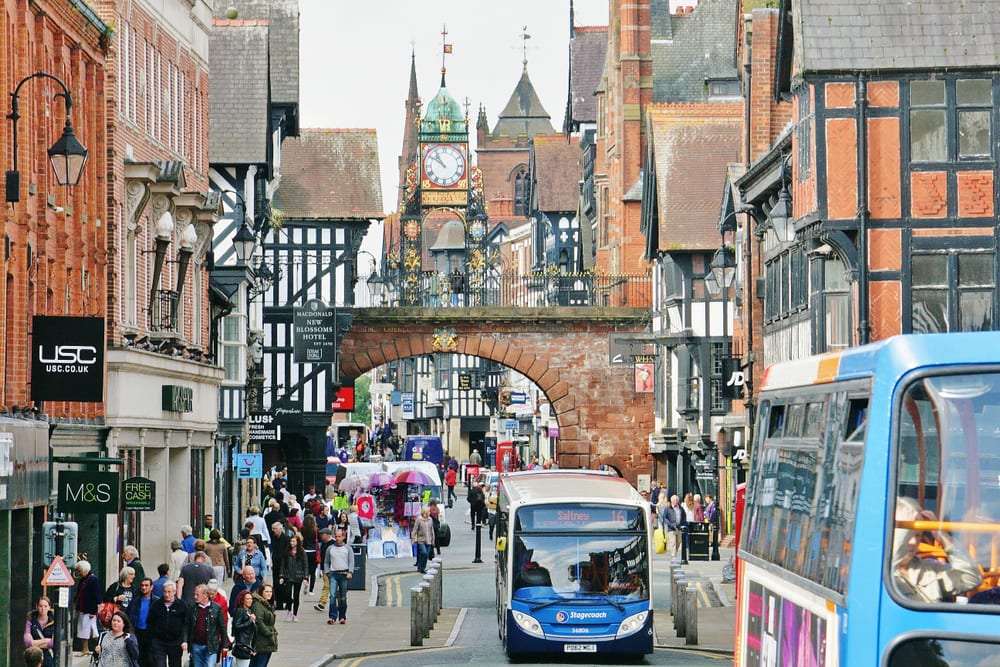 The most important decision in a generation on the future of transport in the North of England will be made in Chester Town Hall today.

Cheshire West and Chester Council welcomes board members of England’s first sub-national transport body, Transport for the North (TfN), to the city.

They will agree a Strategic Transport Plan, which makes the case for how a £70 billion investment from Central Government in transport could unlock economic growth across the North.

The plan would benefit residents for decades, creates thousands jobs and improve transport links between towns and cities across the North.

The meeting will be hosted by Councillor Samantha Dixon, Leader of Cheshire West and Chester Council and joint vice-chair of TfN.

She said: “Transport for the North allows us to speak with one voice in discussions with Central Government about what we need from our transport infrastructure. The plan is the result of collaboration between elected leaders across the region, the first time the North has come together to outline its vision for the future.”

The plan includes a proposed major expansion of Chester train station to allow faster and more frequent connections with North Wales, Liverpool, Manchester and the rest of the North, as well as links to new High Speed hubs at Crewe and Manchester Airport.  It would involve improvements to the track, Chester East junction, an increase in the number of platforms to welcome more trains and passengers, and an upgrade to the station, giving residents and businesses even more rapid and reliable access to the rest of the UK.

Other proposals in the Strategic Transport Plan include:

-Upgrades to the road and rail network in mid-Cheshire, reducing congestion and ensuring Northwich and Winsford are better connected to the rest of Cheshire, and the North West.

-Much needed improvements to the M56 and M53

-Building on the work of the Growth Track 360 campaign to make it much easier to travel between West Cheshire, North Wales and Merseyside.

-The continued roll out of smart ticketing across the region making it more convenient and affordable to travel by public transport.

Councillor Dixon said: “If we want Cheshire West and Chester to continue to thrive it’s vital we have a transport system that is fit for purpose and better connected to the rest of the country.

“We want to better connect people with places of work, recreation, health and learning. Residents living in towns, cities and rural communities should all be able to safely, reliably and quickly meet their daily needs.

“The work of Transport for the North is incredibly important, and the Strategic Transport Plan outlines the transport intervention that could unlock economic growth and create new opportunities.

“We’ve made real efforts to ensure that the proposed strategy reflects our needs locally.

“We will now continue to work closely together to create the businesses plans to secure key investment from Government.”