Children's author Natalie Billing Reeves prepares for 'bonkers' pedalo challenge to raise money for charity - The Guide Liverpool
Contact Us Advertise with The Guide Our Video Services Follow us:

Whether it’s creating and delivering tens of thousands of free literacy packs to local children or donating her book profits to the Samaritans, the writer has a long history of dedicating her time, money and creativity to supporting her local community.

Natalie, who is particularly passionate about addressing the issues affecting young people’s mental health, founded social enterprise Split Perspectivz, where she works alongside Jude Lennon and Joe Totti, to find ways to get resources and funds to those who need them the most. 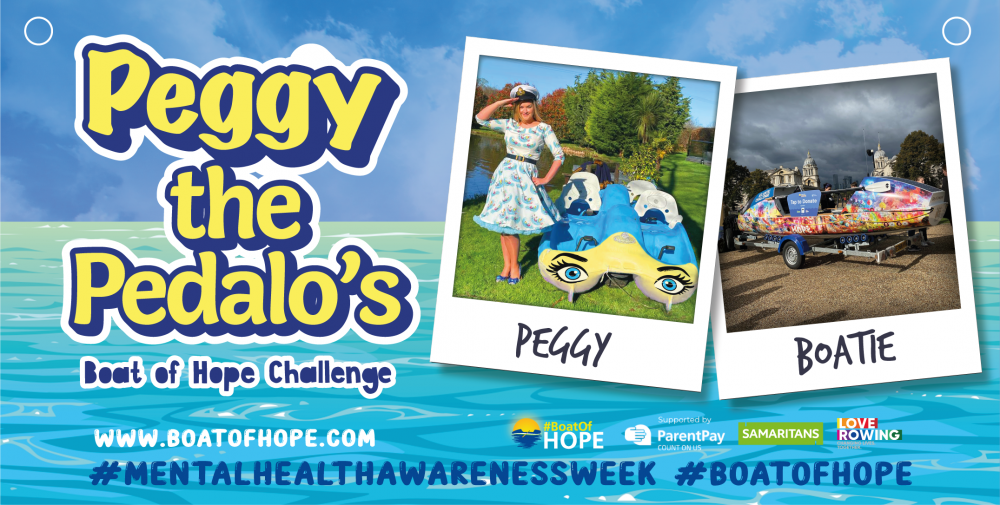 And at a time when many families are affected by the cost of living crisis, and when countless children and young people are struggling to access mental health support, Natalie is keenly aware that fundraising can play a vital role in helping to fill the gaps to support those in need.

Her latest Split Perspectivz charity quest will be a pedalo challenge, for which Natalie will set sail on ‘Peggie the Pedalo’ for a minimum of 48 hours. As the Ambassador for the Boat of Hope campaign, which is raising funds and awareness to support child mental health, Natalie will be supporting Bernie Hollywood OBE on his solo charity row by embarking upon her own nautical journey, admittedly on a boat which Natalie laughingly described as being: “Hugely more impractical and considerably slower.”

On 9th May, the Lord Mayor of Liverpool will bless ‘Peggie the Pedalo’ and the Sing Me Merseyside Choir will give a special nautical performance before Natalie’s challenge starts. There will then be a fun walk, where Natalie and her supporters will dress up in nautical costumes and walk for five miles before the author gets on her pedalo.

Natalie is encouraging people to support the campaign by making a donation via the Welba app and logging their steps. The app will track walking, running or exercise, so as well as just making a financial donation, supporters can also donate their miles, helping Natalie to reach the combined target of 3,000 miles including everyone’s steps, which she must hit before she can get off the pedalo. Jude Lennon added that the 3,000 mile target is significant “because that’s the same mileage that Bernie Hollywood will reach for his Boat of Hope solo row”.

“I’m hoping people will donate their miles sooner rather than later” said Natalie, who laughed as she explained that she wasn’t too keen to spend more than 48 hours aboard the small pedalo, including sleeping overnight.

She expressed her gratitude to everyone who’s already pledged their support, saying: “So many individuals have volunteered their own time to make this happen, and I’m so grateful to people and organisations like Liverpool John Moores’ screen school and students, Wirral Shotokan karate club and Gateacre High school, who are all contributing in such meaningful ways to make this happen, as well as countless volunteers who support the campaign. It wouldn’t be possible without them.” 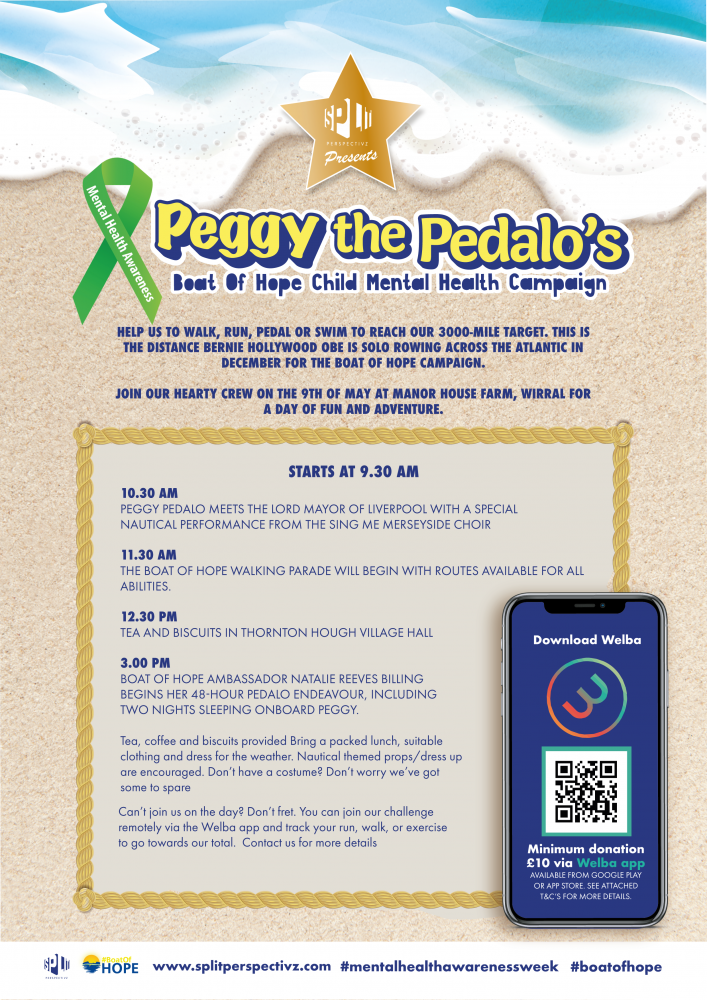 Jude Lennon added: “Natalie can’t reach her goal and get off her pedalo without asking other people for their support. Like so much of what we do at Split Perspectivz, it’s all about community. We hope to show that by working together we can achieve so much more that we can alone.”

Natalie’s Boat of Hope challenge will begin during Mental Health Awareness week, on 9th May. To make a donation and log your miles, download the Welba app (minimum donation: £10). Natalie said she’ll be enormously grateful for every donation received, and concluded: “Ultimately, it’s a very silly challenge for a great cause!”