Chris Amoo - The Real Thing - on touring, an anthology boxset, new album and Black Lives Matter - The Guide Liverpool
Contact Us Advertise with The Guide Our Video Services Follow us:

Chris Amoo loves bringing The Real Thing back to his home city.

And while the Toxteth-born singer and songwriter reckons it’s a totally different feeling to playing anywhere else in the world, he says: “We purposely don’t play Liverpool a lot.

“We do that because our family come, our older friends who we have grown up with come, and the people who are proud that The Real Thing came from Liverpool come.” 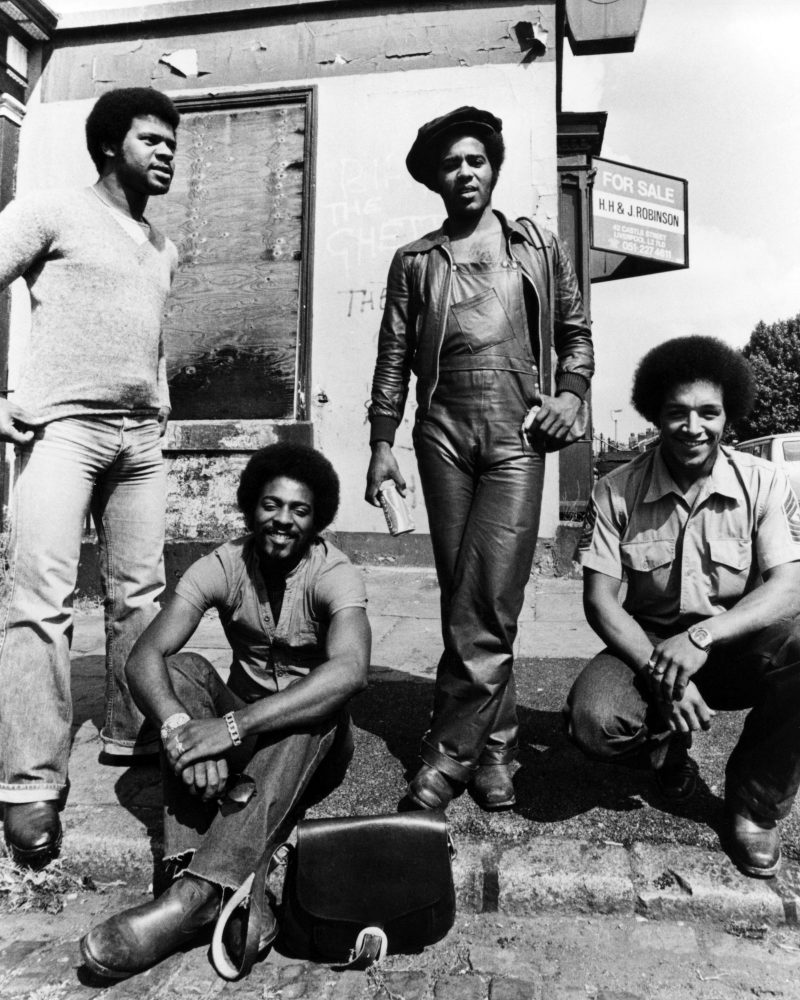 All those people will get the chance to welcome Chris and Dave Smith back next month when the band plays at the Liverpool Philharmonic.

There’s every chance it will be a sell-out as always, says Chris: “And it’ll be fantastic.”

The now two-man band has rarely been busier. There’s the new tour; a film, Everything: The Real Thing Story, telling the definitive story of their lives and career, and a new boxset ‘The Real Thing – The Anthology 1972-1997’ being released on September 24. 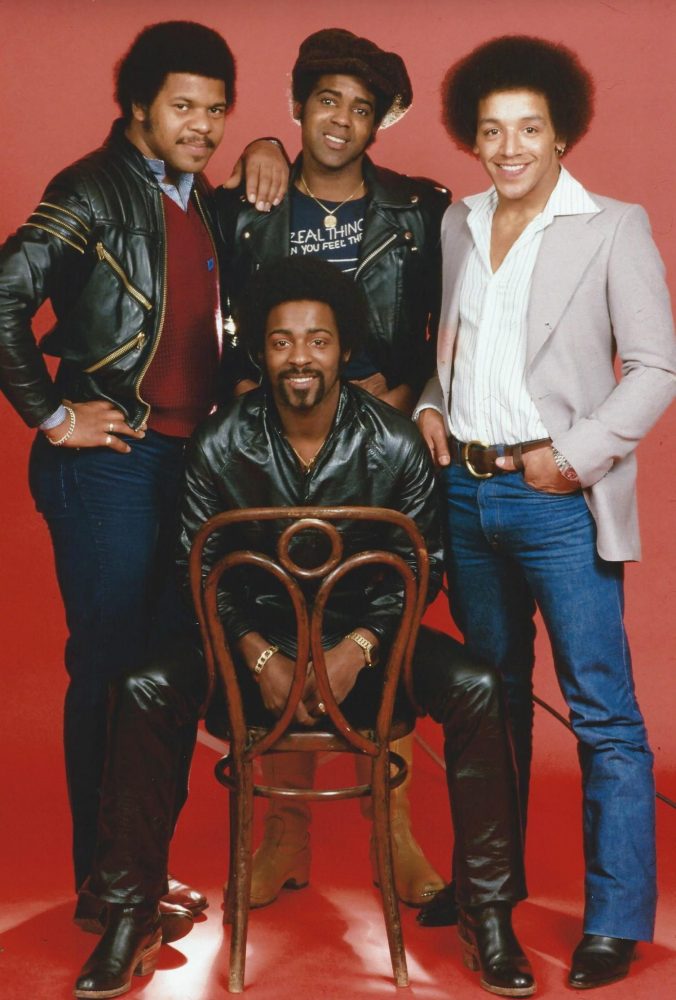 Coming soon too is a brand-new album, Children of the Ghetto, completed over lockdown. While, during the last 18 months Chris has missed gigging, he admits that it’s been ‘great creatively’.

“You lose with one and you gain with another,” he says. “We have just completed our first completely new album in two decades.  We’re just getting the artwork done, there’s going to be a trailer out on our Facebook page next week and, hopefully, it will be out later this year.”

Chris says new, but there is one song, the title track, that isn’t.

“It’s a live version we did in a jazz café in London. Children of the Ghetto has become a bit of a cult. Some amazing people have covered it and we felt that our version on our 4 From 8 album (released in 1977) was ahead of its time. Our public wasn’t ready for it because it was such a departure from Can’t Get By Without You and You To Me Are Everything.

“It’s the first time we’ve had a chance to bring it up to date…and it is our song!”

Although The Real Thing is down to two, it will still feature Chris’s brother and former band member Eddie who died in 2018.

“Eddie was the last lead singer on the song and it still features his vocals so, while me and Dave do our part, we still have Eddie. The technology is fantastic so we can keep The Real Thing’s harmonic and original sound.” 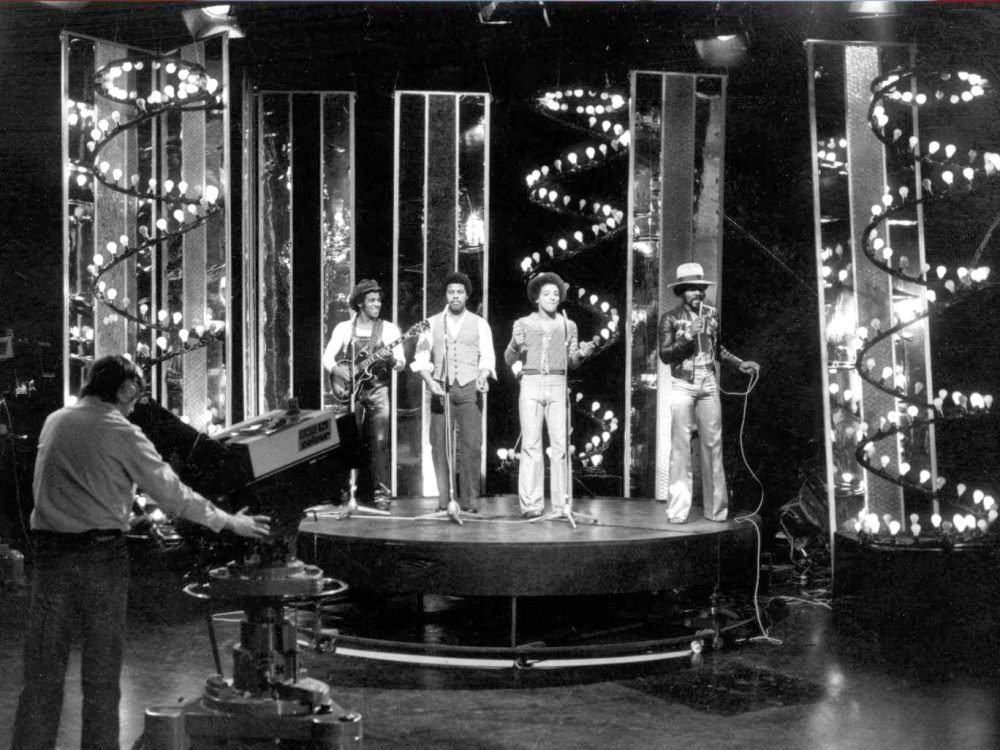 Chris, 68, admits: “It’s horrible singing without Eddie.” And neither he nor Dave have ever considered bringing anyone else in. “When Ray died (former band member Ray Lake passed way in 1991) we remained a three, when Eddie died we remained as two.

“No-one could have replaced him for so many reasons so what was the point of trying.”

Chris reckons people will like the new songs – ‘we are really proud of them’ – but acknowledges that they’ll never be able to play without performing their hits, Can’t Get By Without You, You To Me Are Everything and Can You Feel The Force. And he will never have a problem with that. 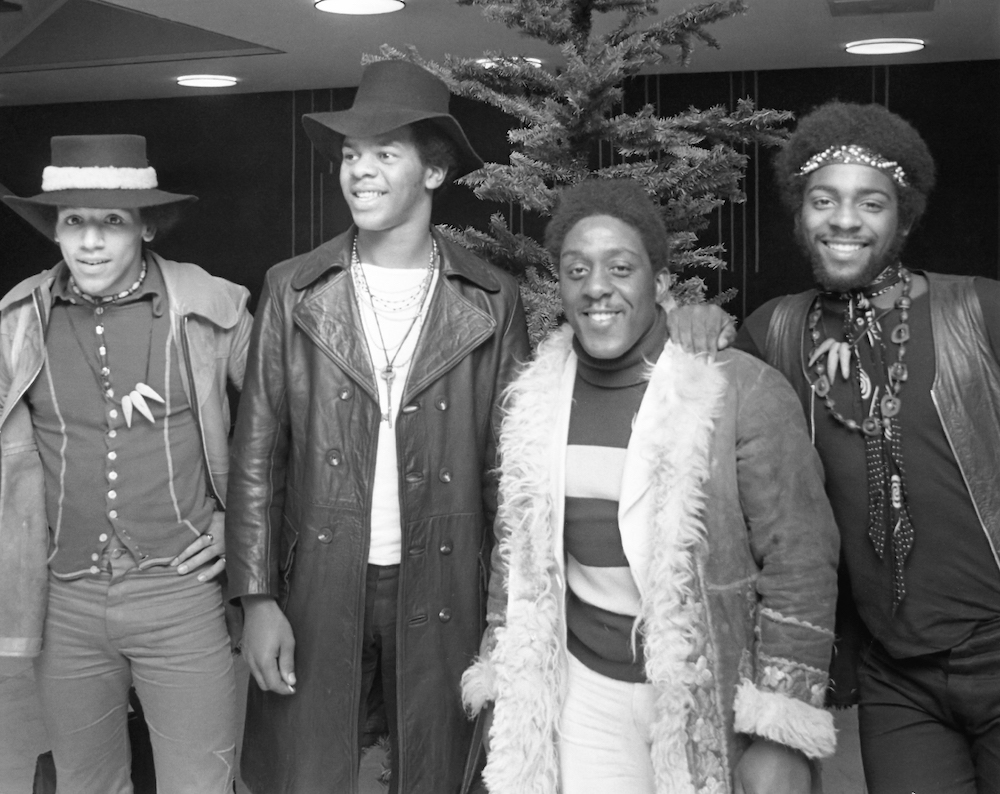 “We have been lucky enough to have done three classics – why would you not want to do them?

“People hearing You To Me get the same feeling now as they did back when it first came out in the 70s. It’s still played on nearly every single radio station in the country and around the world. They are all great, great pop songs. They touch people’s hearts. 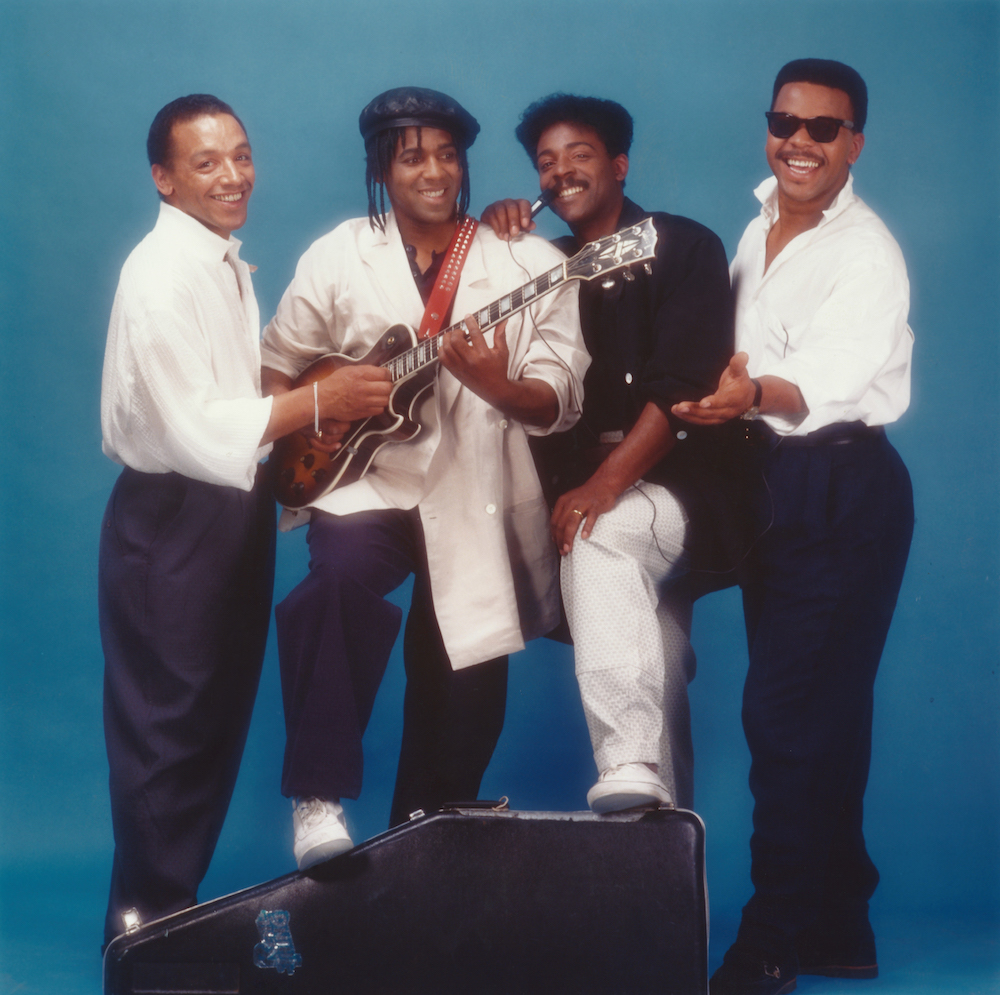 “You To Me came out in the summer of 76, it gives people such lovely, lovely memories. There’s something about the songs of the 70s that resonate with people more than songs that came after.

“There were a lot of great bands, especially soul bands, and it gave us a great grounding. You couldn’t get by being a manufactured band. You had to be able to sing or you didn’t make it, you had to have the right songs or you had no chance, and if a record didn’t make it in three weeks, it was gone.”

It’s 51 years since The Real Thing began but Chris says he has never thought about retiring. His voice is better than ever, he says, and he still enjoys what he does; constantly making changes to keep the band fresh and exciting: “That’s how you keep your sanity and creativity.”

Speaking of changes and perhaps fitting that it should be re-released now, Children of the Ghetto was a departure from the hits people were used to but it was also ‘ahead of its time’ when it came out, addressing issues like racism and belonging.

The Real Thing was the first black band to appear on talent show Opportunity Knocks (which they won) and it was hard for black artists to get a mainstream audience then. 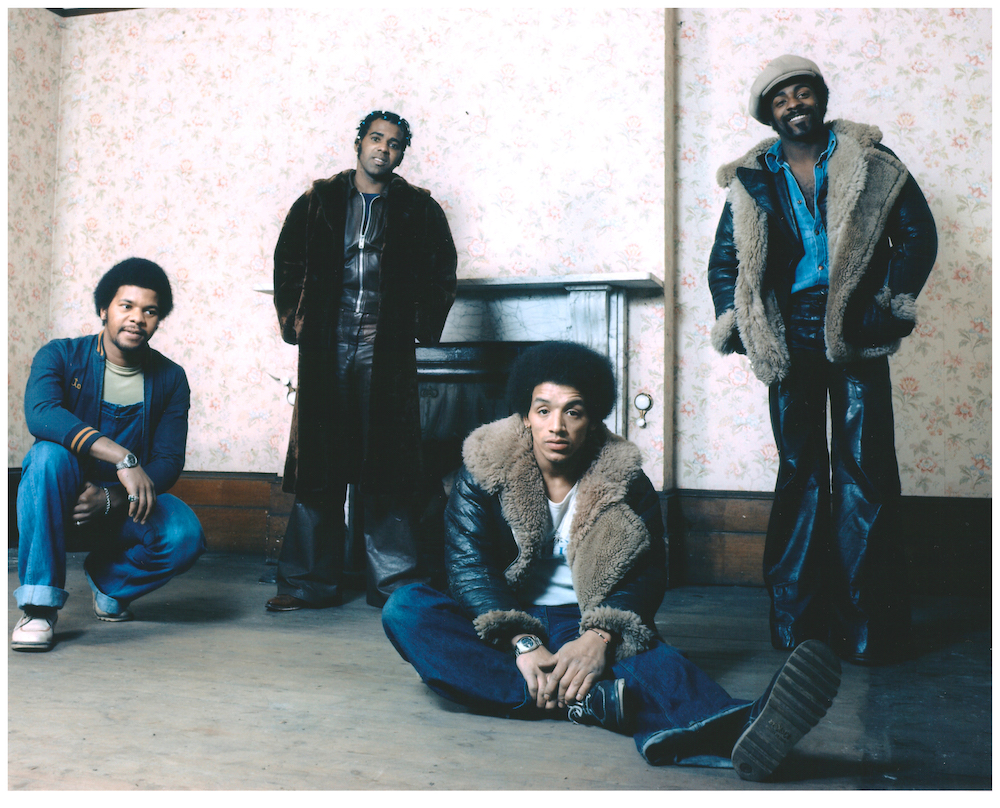 “We shared a great depth of feeling with the black consciousness movement that was coming out of the States, I mean we were fundamentally a soul band and our influences were Marvin Gaye, Curtis Mayfield and Gil Scott Heron, they were the real pioneers. All of us were aware of what was going on, not just in the States but here as well.

“Our upbringing in Toxteth and our experiences growing up there were obviously the inspiration behind Children of the Ghetto. We had ghettos in England too, we understood that because we lived in one. It was our story.”

Things have changed, things have got better, says Chris, than they were, but that doesn’t mean it’s good enough.

“What annoys me is when people come back at you and say ‘all lives matter’. It’s the most nonsensical statement anyone can make. It’s obvious all lives matter. The problem is that a lot of people in this world think black lives don’t matter. 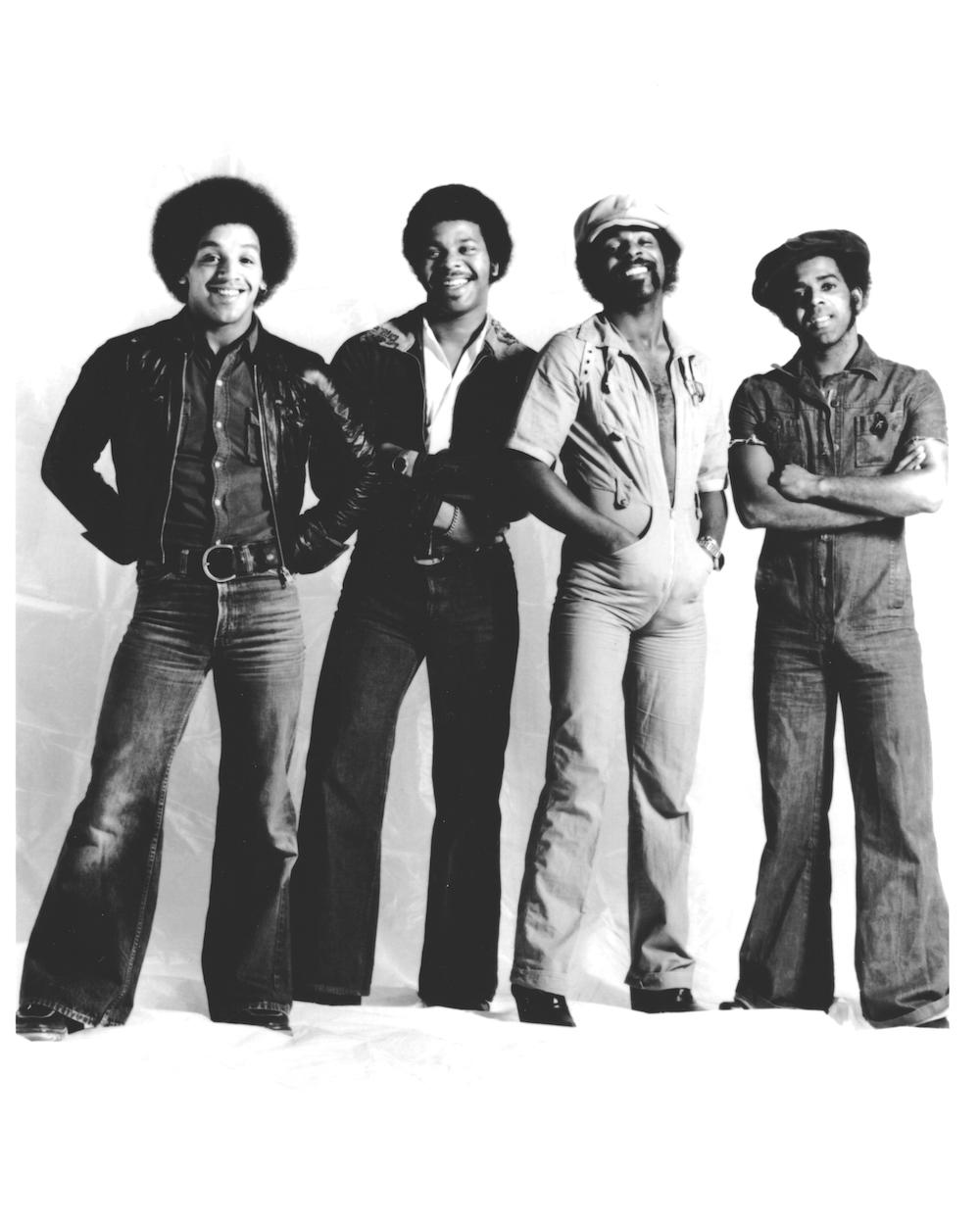 “And if you believe that Black Lives Matter, then what’s the problem with the statement?”

He stresses: “In all honesty, our country has given me a fantastic living, you can’t get away from that. But around the world there are problems and just because it’s heavier in places like America, it doesn’t mean we can’t support it from over here.”

Chris and Dave are looking forward to the new album and promoting the film with Q&A sessions in Showcase cinemas, and of course, performing again.

“There’s nothing better than performing live. You get sick of all the travelling and hotels but when you are setting up and doing the shows, that’s what keeps you going. It’s brilliant.”

Book tickets for The Real Thing at the Liverpool Philharmonic here.

MORE - 6 walking tours you can book on to in Liverpool