City chef Dave Critchley is back on Great British Menu and hoping to be a record breaker again - The Guide Liverpool
Contact Us Advertise with The Guide Our Video Services Follow us:

Liverpool chef Dave Critchley is back for his second appearance on Great British Menu – and he’s urging the city to get behind him and help break records again.

Dave, who took part in the last series of the top BBC Two cookery show, says he was amazed by the fantastic show of support he got in 2021, and adds: “It would be great if the city could turn out and get behind us again.”

He explains: “They said we’d broken all their records for social media interactions last year. At the time when I was appearing on TV the social medias were just lighting up and I was literally getting a message off the editor saying ‘Dave, What the….?’.

“It’s massively humbling when you’ve got that support behind you.” 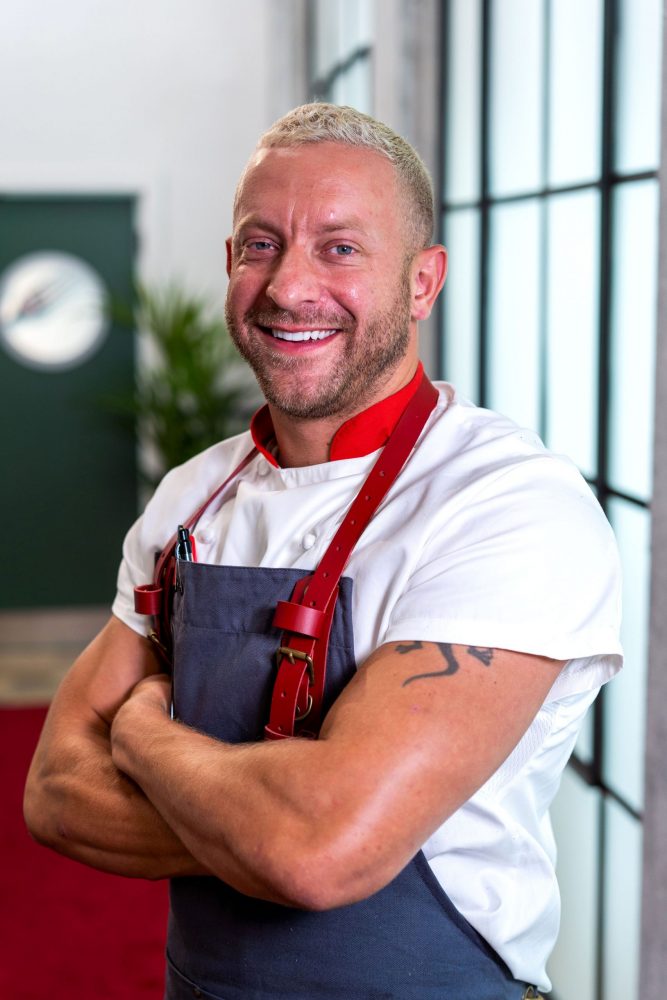 Dave goes on: “All I do is try to be a good ambassador for Liverpool and showcase how good it is, how amazing it is, and it’s nice to know that that’s seen by the city. It feels amazing to see all the socials light up and I’m very much hoping to see that happen again this year.

“Just let the Great British Menu know that we are at the party, that Liverpool has arrived.”

Dave has been in kitchens since he was 15. Although he trained at university as a graphic designer and children’s book illustrator, he decided to become a chef and learned on the job.

He ran some of Liverpool’s, and the North West’s, flagship restaurants including Alma de Cuba, The Noble House and Australasia, and became executive head chef at the city’s prestigious London Carriage Works.

In 2019 he took a different direction, having been selected as the last ever apprentice of world-famous Chinese chef, Master Wu, and spent time in China exploring traditional Chinese cookery, inspired by the region of Tianjin, before becoming executive chef of Lu Ban, in Stanhope Street.

The 39-year-old is one of four chefs competing in the North West regional heat of the series which tests their creative and culinary skills in the search for the perfect menu. 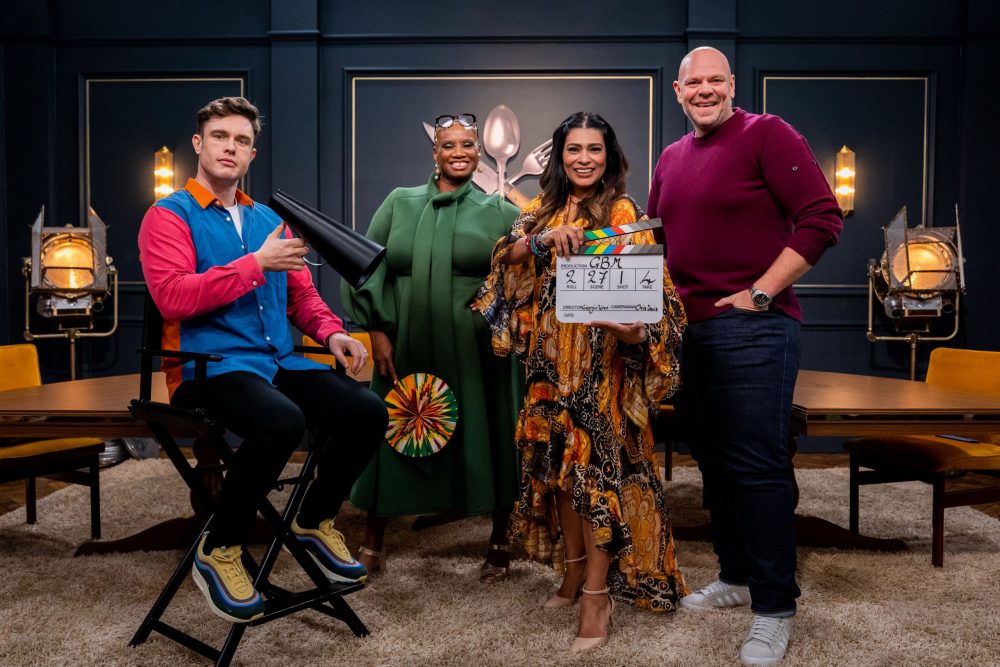 The weekly heats of each region – there are eight – are shown across three nights, with the chefs going head-to-head in a bid to impress the judges.

Dave is competing against Sam Lomas from Glebe House in Devon, Stevie Lamb from The Orangery in Darlington, and Caroline Martins from Sao Paulo Project, Manchester, in week two of the 17th series, with the first episode going out this Tuesday.

This year the theme is 100 years of Great British Broadcasting.

“It’s safe to say I’ll be focusing on my city again, and some of the broadcasting legends that come from there,” says Dave. “And this year, having got a bit more experience under my belt, I’m taking those dishes a little bit more Chinese this time, more Lu Ban than last year.

“Last year I was forced to do a menu that showcased some elements but was fundamentally a British menu. This year I’ve just gone Chinese, I’ve gone Lu Ban, this is what we do, this is what I do.”

And there will be more of what Dave does in his debut cookbook which went to print yesterday. 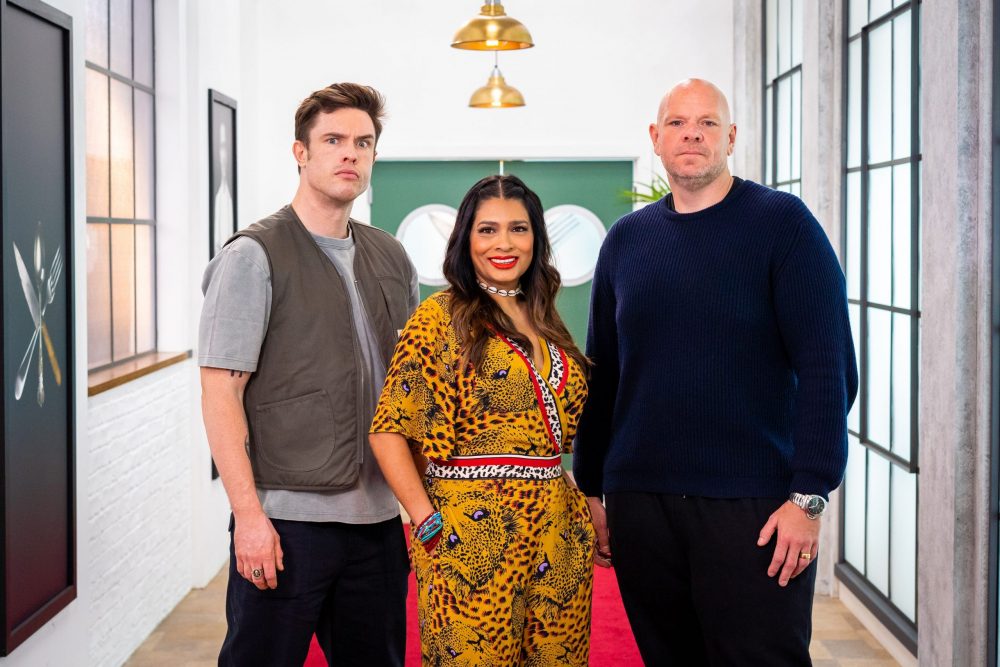 Cherry Blossom is not a Chinese cookbook, according to Dave, ‘it’s not me telling people how to cook Chinese food – I’m still learning myself!’.

“This is more a glimpse into the last couple of years of my life, how this journey began, and I’ll be showcasing a few recipes that we saw in China, and basically the food that I’ve been cooking.”

The cookbook has gone from something that would have been quite nice to do, to something that Dave was going to do, and now, he’s delighted, that ‘it’s actually been done’.

“It’s another big tick off my list. I’m a self-taught chef, I was never classically-trained, I never had a Michelin-starred mentor, I have just learned it all myself. So Great British Menu, my own cookbook, and more exciting stuff coming up later this year, yeah, do I pinch myself? I haven’t got time to pinch myself!

“I have put an awful lot of hard work in.”

Never stopping, Dave Critchley continues to lead WellFed, which he set up to help feed communities in Liverpool affected by poverty, and LIDS (Liverpool Independent Delivery Services) which now operates once a week. 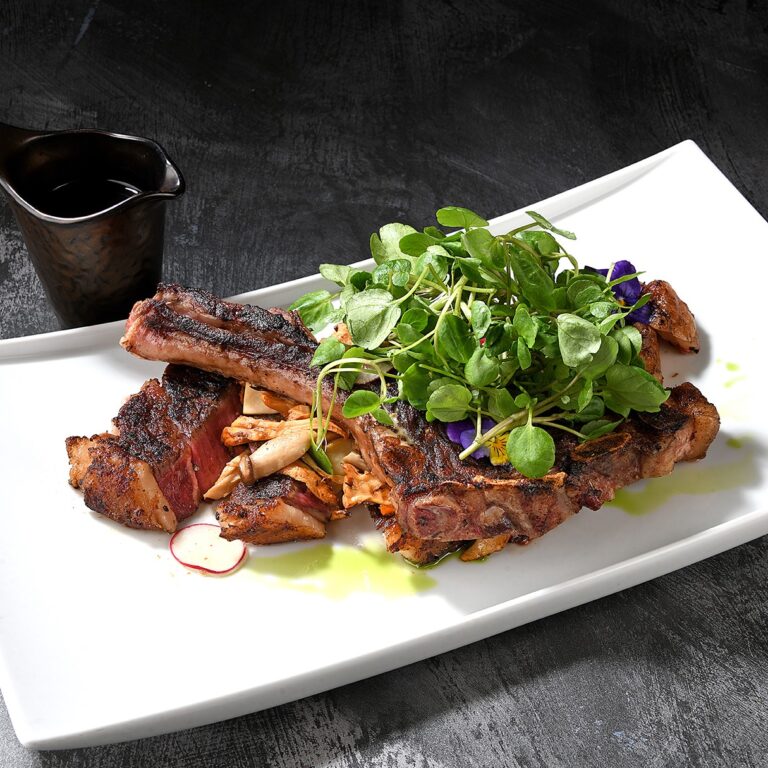 “I’m just always trying to do the right thing,” admits Dave. “The city’s done a lot for me and I’m just trying to give something back.”

For now though, the heat has been turned up high for Great British Menu, this year judged by the multi-Michelin starred Tom Kerridge; Merseysider Nisha Katona (‘it will be nice to see someone local in the room if I make it’), the chef behind Mowgli Street Food restaurants and author of four cookbooks; and Ed Gamble, known for his Off Menu podcast with fellow comedian James Acaster.

“I’ll hopefully enjoy it more this year. It’s still a high-pressure environment but I know what’s around the corner,” says Dave.

And why wouldn’t he?

“In the words of Trent Alexander-Arnold, I’m just an ordinary lad from Liverpool who’s living his dream.”

Catch Dave Critchley on week two of Great British Menu, which starts on Tuesday, February 8, at 8pm on BBC Two.