City Explorer Liverpool celebrates 20 years on the buses - The Guide Liverpool
Contact Us Advertise with The Guide Our Video Services Follow us: 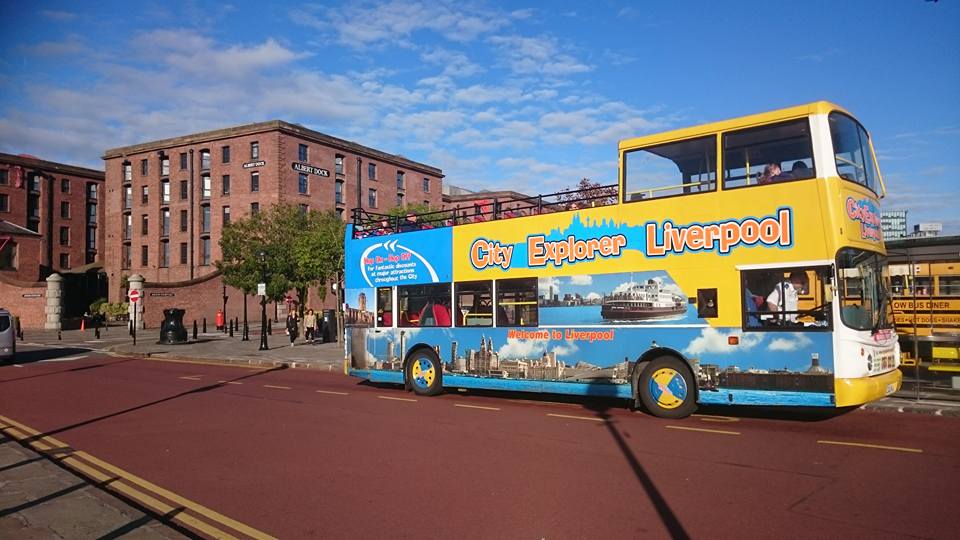 From a single tour bus back in 1999 to four, fully booked buses per hour, City Explorer Liverpool is celebrating 20 years of showcasing the very best of our amazing city.

We all know the open top yellow buses that circulate around Liverpool, showing tourists our historic landmarks and modern cultural hubs. Now, after 20 years of navigating an ever changing cityscape, visitors are receiving even more bang for their buck as City Explorer Tours go all out to educate, entertain and impress.

How much has Liverpool changed since 1999? If anyone knows its City Explorer Liverpool Tour Manager Paul McCombs who has witnessed Liverpool’s landscape change in front of his eyes. He said:” I qualified as a tour guide in the week it was announced that Liverpool has won the Capital of Culture for 2008, so you could say it was a great time to start. 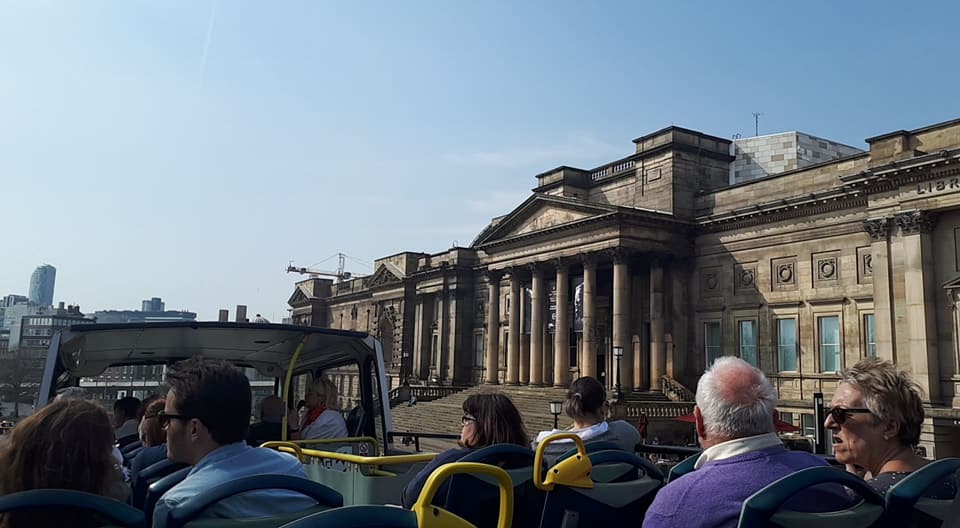 “Things have changed immeasurably since then. Sight-seeing in Liverpool isn’t a fair weather attraction. We have bookings months in advance for throughout the year and while back in the day the tour was more nostalgic and history based, now there’s something new to talk about every week. Anyone can sit at the front of a bus a read from a script, but we like our tour guides to instil a bit f personality into it. In fact some of them are actual comedians and it goes down a storm with visitors.”

With tours departing from our UNESCO World Heritage site, Pier Head, City Explorer Tours take in all the top attractions. Albert Dock, St George’s Hall, Liverpool ONE, Museums & Galleries, Chinese Arch, Cathedrals, Cain’s Brewery Village and more. Tickets allow visitors to hop on and off over a 24 or 48 hour period ensuring everyone has time to fully explore the city. 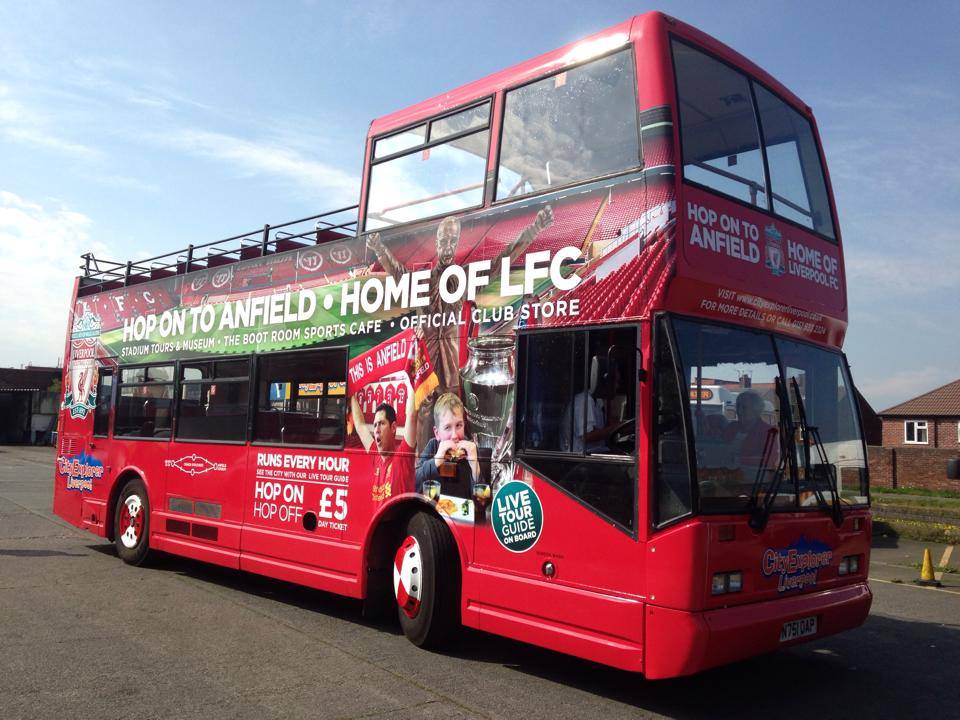 Teaming up with city partners has played a huge part in the City Explorer Tour growth. Offering combination tickets with LFC, Liverpool Cathedral’s Tower Tour and others allows visitors to save on attractions and travel around the city conveniently.

Paul explained: “We’ve all seen our buses doing the city circuit but I don’t think a lot of people realise there’s much more to it. To get a real grasp of Liverpool you need a mix of its history but also its current cultural offering and obviously a bit of scouse charm. That encompasses what we offer at City Explorer Tours. With 35 guides on our staff, they each bring something different.” 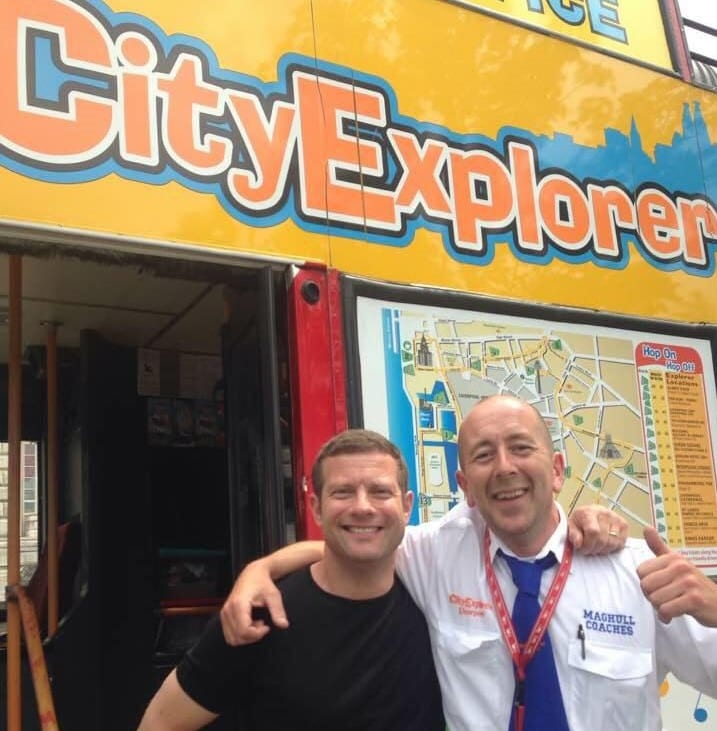 With soap stars and visitors from all around the world not only booking their City Explorer Tours, but also returning to do it all again, we asked Paul who his ultimate open top bus guest would be, he said: “It would have to be John Lennon for me. Imagine him coming home to Liverpool and seeing the city he wrote and sang about, practically in black and white back then, bursting with colour and life.

“We’d definitely have to take him to the brand new RLB 360 Experience. Just being up close with the iconic Liver Birds and seeing the city from that view point is unmissable. The 4d projection when you’re up there is just brilliant.

“Liverpool is a consistently popular destination for overseas visitors coming to Britain. It’s just the best job in the world you know, from families and couple to the older generation, we just love showing people what we’ve got. I love it.”

More: Get a sneak peek at the phenomenal RLB 360 Experience here.

On Saturday 8th June 2019 City Explorer Liverpool celebrates its 20th anniversary at the Pier Head and you’re invited. From 11am until 5pm there will be face painting, penalty shoot outs, live music and fun and games for all the family.

Everyone who buys a ticket on the day will be entered into a draw to win some fantastic prizes too. RLB 360 tickets, Anfield Tours, Radio City Tower tours, afternoon teas and more. Find out more here and help celebrate 20 years on the buses for this scouse institution.

To find out more about the City Explorer Tours and tickets on offer in Liverpool this summer, head to www.cityexplorerliverpool.co.uk or check out the official Facebook page here.