Daniel Craig and Frank Cottrel-Boyce reflect on comedy sketches with the Queen - The Guide Liverpool
Contact Us Advertise with The Guide Our Video Services Follow us:

In the scene, Daniel Craig, as James Bond, calls at Buckingham Palace to summon the Queen to the opening ceremony of the London 2012 Olympic Games.

James Bond star Daniel Craig described filming a scene with the Queen for London 2012 as “an incredible thing”.

The world saw a more spirited side to the monarch when she made a cameo appearance in Danny Boyle’s opening ceremony for the Olympic Games.

In the comedy sketch, Craig, who played British spy 007, called at Buckingham Palace to summon the Queen to the event.

The Queen, who was sitting at her writing desk, made him wait before greeting him with the words: “Good evening, Mr Bond.”

They walked together, along with some of her corgis, towards a helicopter and set off, flying over London to the Olympic Stadium, concluding with a stunt double of the Queen parachuting into the arena.

Seconds later, the real Queen, wearing the same peach dress as the stunt double, entered the stadium to rapturous applause. 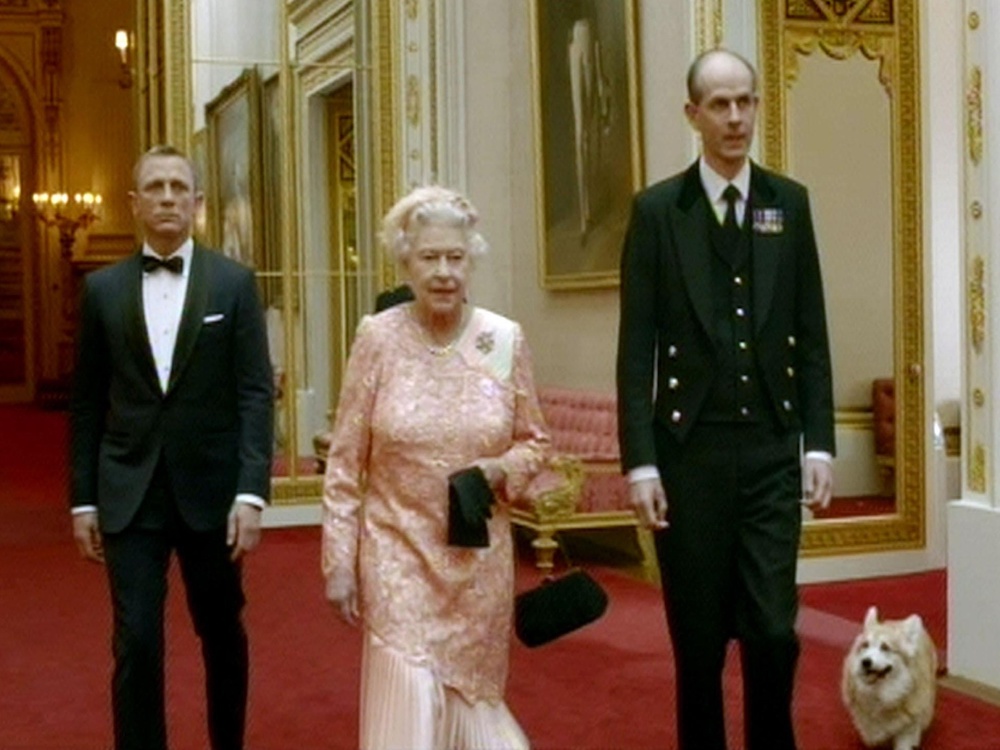 The Queen with Daniel Craig as James Bond (BBC One/PA)

Reflecting on his time filming with the Queen, 54-year-old Craig told the BBC at the Toronto International Film Festival: “What an incredible thing.

“We will not see the likes of her ever again. To be alive during her reign is something else.”

He added: “(I’m) very saddened, so I suppose good luck to Charles, really.”

Liverpool’s Frank Cottrell-Boyce, who co-wrote the Queen’s TV appearances with Paddington Bear and Daniel Craig, told BBC Radio 4’s Today programme on Friday that the Queen had volunteered herself for the Bond scene.

He said: “We went to the Palace asking for permission to represent her and to know what she was wearing on the day, and it was her amazing dresser who said ‘No, no, she wants to be in it.’ She was game and she was up for that.

“In fact on the day when we were filming, she asked Danny Boyle if she could have a line because there wasn’t a line in the script, probably because when I was typing the script I didn’t quite know how you would type the character of the Queen… What would you type?”

Charles, the former Prince of Wales, ascended to the throne following the death of his mother on Thursday.

He was then formally proclaimed King Charles III at a historic ceremony in St James’s Palace following a meeting of the Accession Council during which he swore an oath to privy counsellors.

– Daniel Craig was at the Toronto International Film Festival at the world premiere of Glass Onion, the sequel to his hit film Knives Out.