Daniel Craig reveals he celebrated 007 role by drinking vodka martinis alone - The Guide Liverpool
Contact Us Advertise with The Guide Our Video Services Follow us:

Daniel Craig has revealed he celebrated winning the James Bond role by getting drunk alone on vodka martinis.

The actor first played 007 in 2006’s Casino Royale and is preparing for the release of his fifth and final film in the franchise, No Time To Die.

Craig, widely considered one of the greatest Bonds, recalled discovering he had landed one of the most sought-after roles in Hollywood from franchise producer Barbara Broccoli.

The 53-year-old had been filming in the US when he got the call.

Speaking on the sixth and final episode of the No Time To Die: The Official James Bond podcast, Craig said: “We were in Baltimore and I shot off to go and do a screen test, which of course I couldn’t tell anyone about.

“And I came back and carried on filming in Baltimore and then I got a phone call from Barbara saying, ‘the gig is yours’.

“It was a long process, it was about a year between that and me sitting down with Barbara and Michael for the first time. From the moment it came about, it was mainly sort of disbelief of like, ‘really? Really? Really?’ I couldn’t get my head around any of it and still didn’t really believe it.”

Craig was sworn to secrecy until the casting was made official and had to celebrate alone.

He said: “I was in the supermarket buying groceries and the phone went and Barbara said, ‘over to you kiddo’.

“I got drunk, that’s what I did. I bought a bottle of vodka and a bottle of vermouth, a cocktail shaker and made myself three or four vodka martinis.

“Except I could only do it on my own because I couldn’t celebrate with anybody because I had to keep it secret. There was a sort of melancholy to it.” 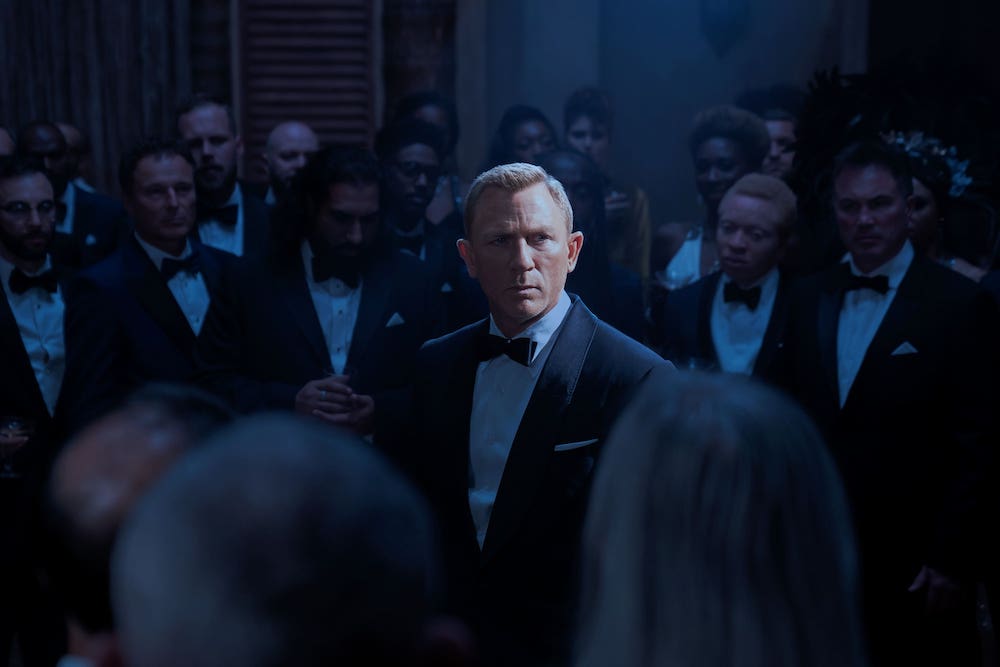 Craig said the fact he had taken on one of the most famous roles in film history did not fully sink in until he began shooting the movie.

He said: “The first day of shooting was the moment I suppose I went, “Ok now we’re doing this’. But up until then, I couldn’t really take it in.”

Broccoli, the daughter of revered Bond producer Albert R “Cubby” Broccoli, said Craig was her first choice but the “big problem was he didn’t want to do it”.

He feared such a high-profile role would have too much of a transformative effect on his life, according to Broccoli, and had to be convinced by her and co-producer Michael G Wilson.

Broccoli said Craig, who before starring as Bond had appeared in films including Elizabeth, Road To Perdition and Layer Cake, has been a “tremendous help” with the series.

Recalling Craig’s initial decision to walk away from 007 after 2015’s Spectre, Broccoli said: “Daniel of course thought after the last one that he wanted to finish and I didn’t feel that it was right. I said to him, ‘there’s still more of your story to tell’.

“It took him some time to think it over and then he came back to us and said ‘no, I think you’re right’.

“And so this film is very important because it does kind of close the chapter on his tenure and it’s a really extraordinary film and he’s never been better.”

Asked about the future of the Bond franchise, Broccoli said she was focussed on celebrating Craig’s contribution before looking ahead.

She said: “The future is to be decided. Once we’ve opened the film and we’ve allowed audiences to see it and we’ve celebrated Daniel, then we’ll knuckle down and try and come up with a plan to tackle the future.”

All episodes of the No Time To Die: The Official James Bond podcast are available now on Apple, Spotify, and all podcast providers.

No Time To Die will be released in the UK on September 30.