Dementia care shattered their marriage but Mersey couple Tony and Gary walked hand in hand to raise hundreds for Alzheimer’s charity - The Guide Liverpool
Contact Us Advertise with The Guide Our Video Services Follow us:

Two men whose marriage buckled under the strain of caring for loved ones with dementia reunited to raise money for people living with the condition at the Alzheimer’s Society Liverpool Memory Walk.

Tony Davidson Cowen and Gary Davidson Taylor cared for Tony’s dad, Cedric, who passed away from vascular dementia in October 2018, and then his mum, Maureen, after she was diagnosed with Alzheimer’s just a few months later.

The pressures of caring for Maureen contributed to Gary’s difficult decision to take a break from their marriage – but the pair remain close friends and they joined hands again on Sunday to walk in Cecil’s memory and in tribute to Maureen.

Tony, from Melling, said: “Sunday’s walk was our way to remember my dad and pay tribute to my mum but also as a gesture of support to all those who are looking after people who are living with dementia.

“When people think of Alzheimer’s or dementia they often think of the person living with the condition, but the people caring for them are living with it daily too.”

Tony and Gary were joined by Tony’s daughter Sian and her partner, Abbie, along with more than 1,000 other people for the charity’s flagship fundraising walk at Aintree Racecourse.

MORE - Liverpool consultant tells us why awareness around breast cancer is so important, in the wake of Sarah Harding’s death

The couple, who had lived in Manchester for 16 years, moved back to Tony’s childhood home in Melling in April 2016 to care for his dad, Cedric.

It was a huge sacrifice for Gary in particular, who gave up work to care for Cedric full time, while Tony continued his career as an engineer.

“It was a big move but we immediately said ‘we’re doing it’,” said Tony. “There was no hesitation from Gary. He knew it was what I wanted to do and he supported that.

“Gary was brilliant with my dad and they developed a really close relationship. It was a massive thing. He bathed him and fed him and cared for him. He was totally amazing.

“It got more challenging towards the end as dad’s needs got greater, but they were friends and my dad trusted him completely.”

Cedric sadly passed away in October, 2018, aged 91, which was a devastating blow. But it was followed by more tragic news when Tony’s mum, Maureen, was diagnosed as being in the early stages of Alzheimer’s Disease just three months later. 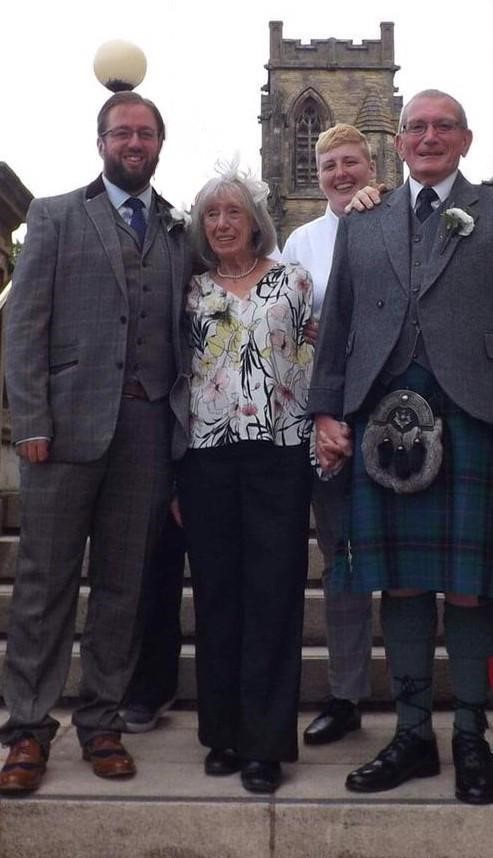 Tony and Gary on their wedding day

Tony added: “After her diagnosis Mum was put on medication to slow the progression of the Alzheimer’s. She was confused from time to time, but we could cope with that 100%.”

In 2019, and after many years together, Tony and Gary got married at Southport Register Office with Maureen by their side. “We were a great team who were committed to each other,” said Tony.

At first, Maureen didn’t require the round-the-clock care that Cedric had and Gary was able to return to work, setting up a successful dog walking business. But, at the start of this year, Maureen’s Alzheimer’s got worse, and doctors confirmed it was accelerating quickly.

In July, Tony gave up work to care for his mum full-time, but the uncertainty over her condition took an emotional toll and Gary told Tony he wanted to take a trial separation from their marriage.

They reunited for the memory walk to raise awareness of the condition and to remember, and support, all those affected by dementia.

Steve Green Alzheimer’s Society Merseyside Area Manager, said: “We are in awe of our incredible fundraisers, including Tony and Gary, who turned out in their hundreds to support the 31,957 people living with dementia in Liverpool.

“Tony and Gary have done an amazing job of selflessly caring for Cedric and Maureen and it is very sad to hear that their relationship has suffered as a result. 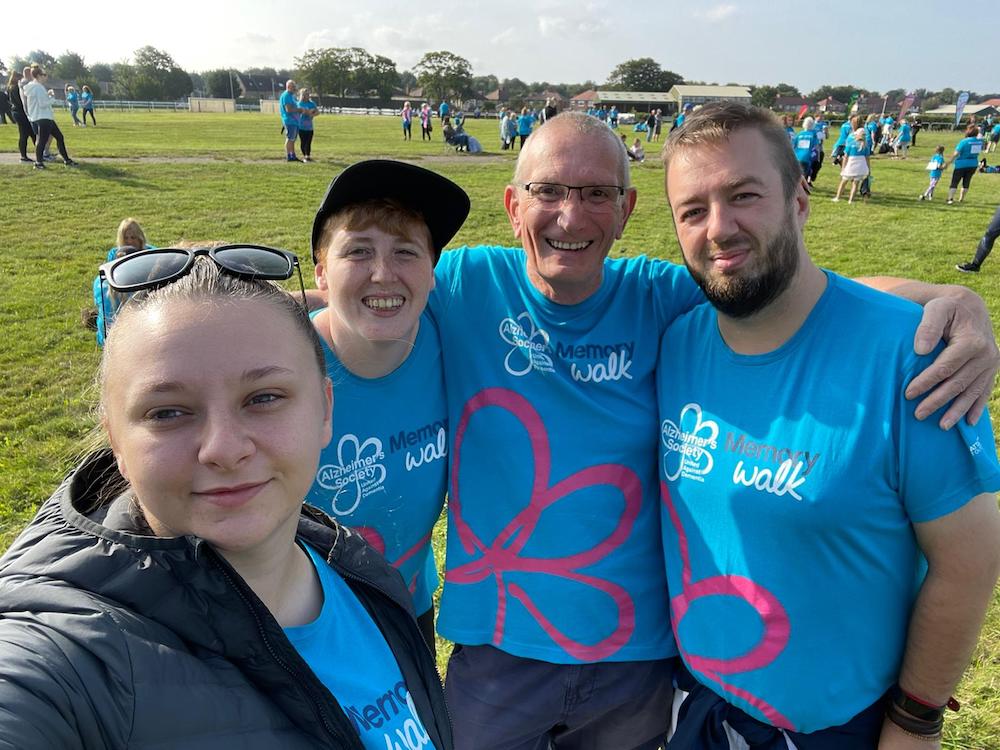 “Unfortunately, this is a story we have heard many times before from couples who are dealing with the strain of caring for a loved one, or in this case two loved ones.”

He added: “The pandemic has been catastrophic for people with dementia, with Alzheimer’s Society’s services, like our Dementia Connect support line, used over six million times since lockdown began in March 2020.

“But it was extremely moving to see so many people come together to honour or remember their loved ones. Every pound raised from the Liverpool Memory Walk will help Alzheimer’s Society provide information and support, improve care, fund research and create lasting change for people affected by dementia.”

Visit memorywalk.org.uk to find out more about the remaining Memory Walk events or to organise your own.