Merseyside’s Police Commissioner Jane Kennedy has today announced the current Deputy Chief Constable, Serena Kennedy, is her preferred choice to be the next Chief Constable of Merseyside Police and is referring her to the Police and Crime Panel for confirmation.

She will replace the current Chief Constable, Andy Cooke QPM, when he leaves the role in April 2021, and become the Force’s first ever female Chief Constable, subject to approval by Merseyside’s Police and Crime Panel

Serena, who joined Merseyside Police in 2017 as Assistant Chief Constable, was chosen following a thorough and rigorous assessment and interview process led by the Commissioner and supported by an experienced panel, made up of senior representatives from policing, politics, local government and health.

During the assessment, the successful candidate was interviewed and required to give a presentation to the panel which comprised the Police Commissioner, the UK’s Independent Anti-Slavery Commissioner and former Chair of the National Police Chiefs Council (NPCC) Dame Sara Thornton, the former Chief Executive of the College of Policing and HM Inspector of Constabulary Mike Cunningham, the Liverpool City Region Metro Mayor Steve Rotheram, St Helens Council’s Chief Executive Kath O’Dwyer and the Director of the Liverpool School of Tropical Medicine Professor David Lalloo.

The candidate was also required to take part in a mock media exercise which tested their communication skills, leadership and cultural and political astuteness and sensitivity through two challenging scenarios.

Serena will now go before the Merseyside Police and Crime Panel for a confirmation hearing on March 18th. The Panel will review the selection process and consider the appointment before giving their view. The panel has the power to veto the PCC’s preferred candidate.

If confirmed by the panel, Serena will take up her appointment as Chief Constable when the current Chief, Andy Cooke QPM, leaves the Force in April to join Her Majesty’s Inspectorate of Constabulary and Fire and Rescue Services. 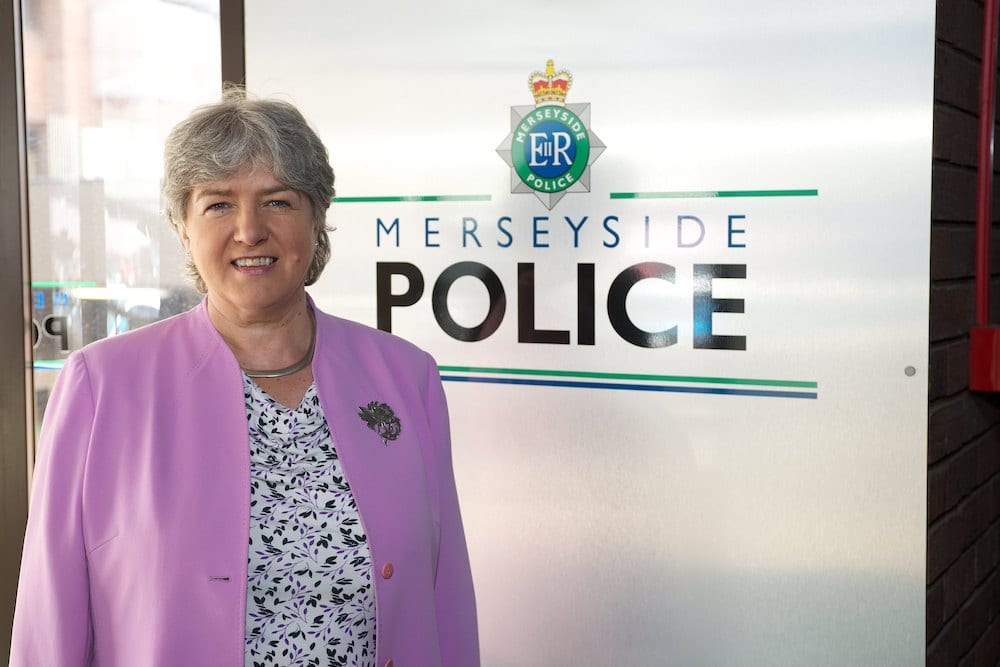 “It is an honour and a privilege as Police Commissioner to be able to appoint Merseyside Police’s next Chief Constable. It is one of the biggest decisions I have to make and I am delighted to announce Serena is my preferred candidate.

“Serena is an exceptional officer who has done an excellent job here in Merseyside as Assistant Chief Constable and as the Force’s first ever female Deputy Chief Constable.

“She has a wealth of operational experience and has demonstrated clear strategic leadership both as Deputy and through this assessment process.

“I am delighted that she will be my preferred choice for the consideration of Merseyside’s Police and Crime Panel and also that I can publish on International Women’s Day, that Merseyside Police may have their first ever female Chief Constable.

“Andy Cooke has been an outstanding leader and a dedicated servant to the public of Merseyside. It will be a sad day when he leaves the Force in April, but I have no doubt that, if the Police and Crime Panel are content, Serena is the best person to step into those shoes and continue to ensure Merseyside Police remains one of the top performing police forces in the country.

Serena, who grew up in Ormskirk, joined Merseyside Police from Cheshire Constabulary in 2017, having started her career in neighbourhood policing at Greater Manchester Police, before working her way up to the rank of Inspector.

In 2008, she was promoted to Detective Chief Inspector with the Major Incident Team where she led teams of detectives investigating some of the most serious crimes including murders.

After two years in this role, she moved back into a uniformed role as Superintendent in charge of partnerships and local, before then returning to the Serious Crime Division as Detective Superintendent. She then transferred on promotion to Cheshire Constabulary as Head of Public Protection, before joining the Chief Officer team at Merseyside Police four years ago.