Desperate for love dog in Freshfields Animal Rescue for over 1,700 days finds a home at last - The Guide Liverpool
Contact Us Advertise with The Guide Our Video Services Follow us:

Desperate for love dog in Freshfields Animal Rescue for over 1,700 days finds a home at last

After more than 1,700 days in Freshfields Animal Rescue, the stray who was just too desperate to be loved has finally found a home in time for Christmas.

Xanthe had been at Freshfields since March 2016 but despite her gorgeous looks and sweet temperament, she was always let down by potential adopters.

She just wanted to be wanted too much, so whenever anyone came to look at her Xanthe would get her hopes up and her over-enthusiasm would scare them off. 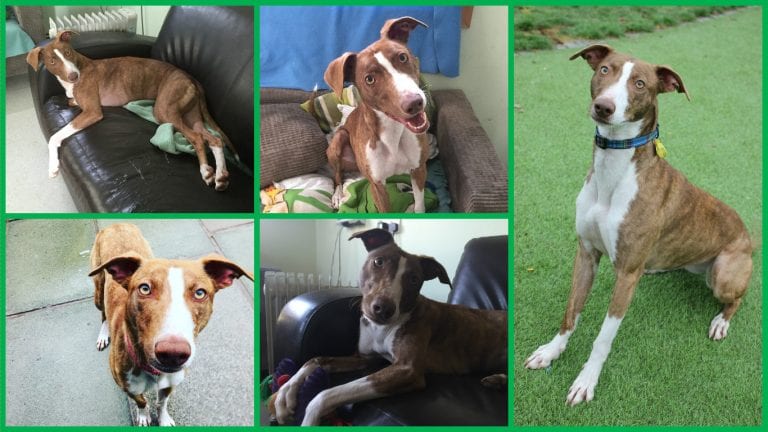 “She so adored people coming to see her and be with her, she’d get very excitable whenever anyone came to meet her,” says Debbie Hughes from Freshfields. “She’s quite spindly with long legs and her paws go everywhere which can be quite hard to deal with if you’re not used to that.

“People would come but then find her a little bit overwhelming because she was just so please to see them. She loves people so much but she was disappointed so many times because of that.

“As the years passed by we issued several special appeals to find Xanthe her forever home but still the phone never rang for our beautiful girl. It was so frustrating for us to see her sitting and waiting in kennels when we knew she had so much potential. There just had to be someone out there for Xanthe and, as with all of our dogs, we never gave up hope that her day would come …”

And it has! After so many heart-breaking setbacks, Xanthe has finally found a new family of her own. 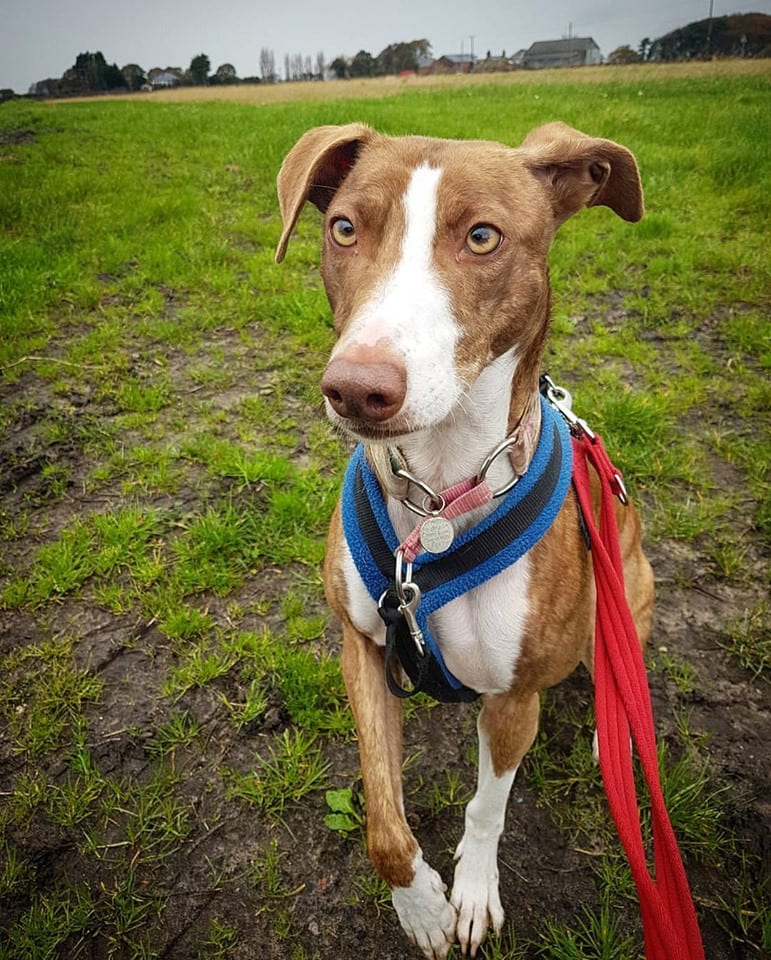 She was spotted back in August by Wendy Mutch and her aunt Christine Mountain who fell in love with her and were determined to give her a home.

“When our team met Wendy and Christine, they knew they were the ones, and Xanthe took to them immediately,” says Debbie. 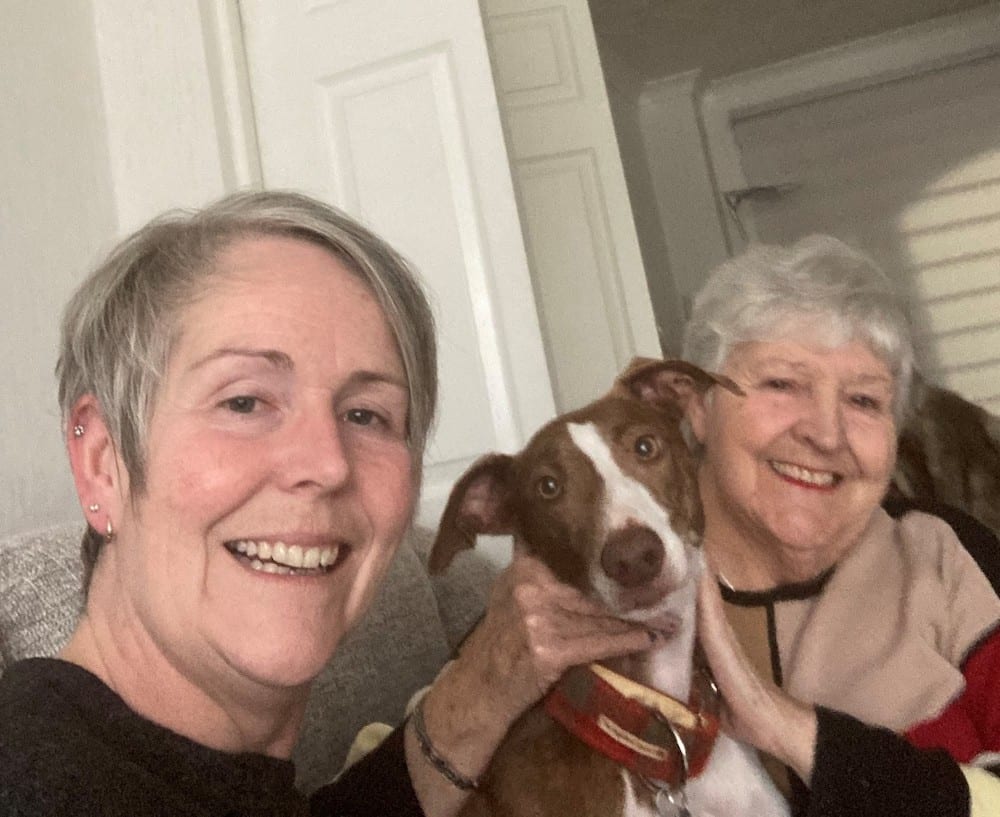 “We have a very gradual get-to-know-you programme at Freshfields because we want it to be the right move and a match for someone’s lifestyle. Wendy and Christine were just right for Xanthe.”

They agree and couldn’t be happier that they now get to share Xanthe so she doesn’t just have one loving new home, she has two.

Christine, who lives in Ainsdale, lost her husband in November two years ago, then a year later their two dogs died within weeks of each other.

“Last Christmas wasn’t a very nice one for me at all, I was having quite a bad time, and Wendy helped me through so much,” says Christine.

“People kept saying I should get another dog, but I’m 75 and I was adamant that I wanted to get through my bucket list of things to do before I even thought about it.

“Wendy kept mithering me to get dogs so one night, when we’d had a couple of wines, I said ‘why don’t you get them?’ She said she couldn’t because of her work, she’s an advanced nurse practitioner, so I said I could always look after them then. 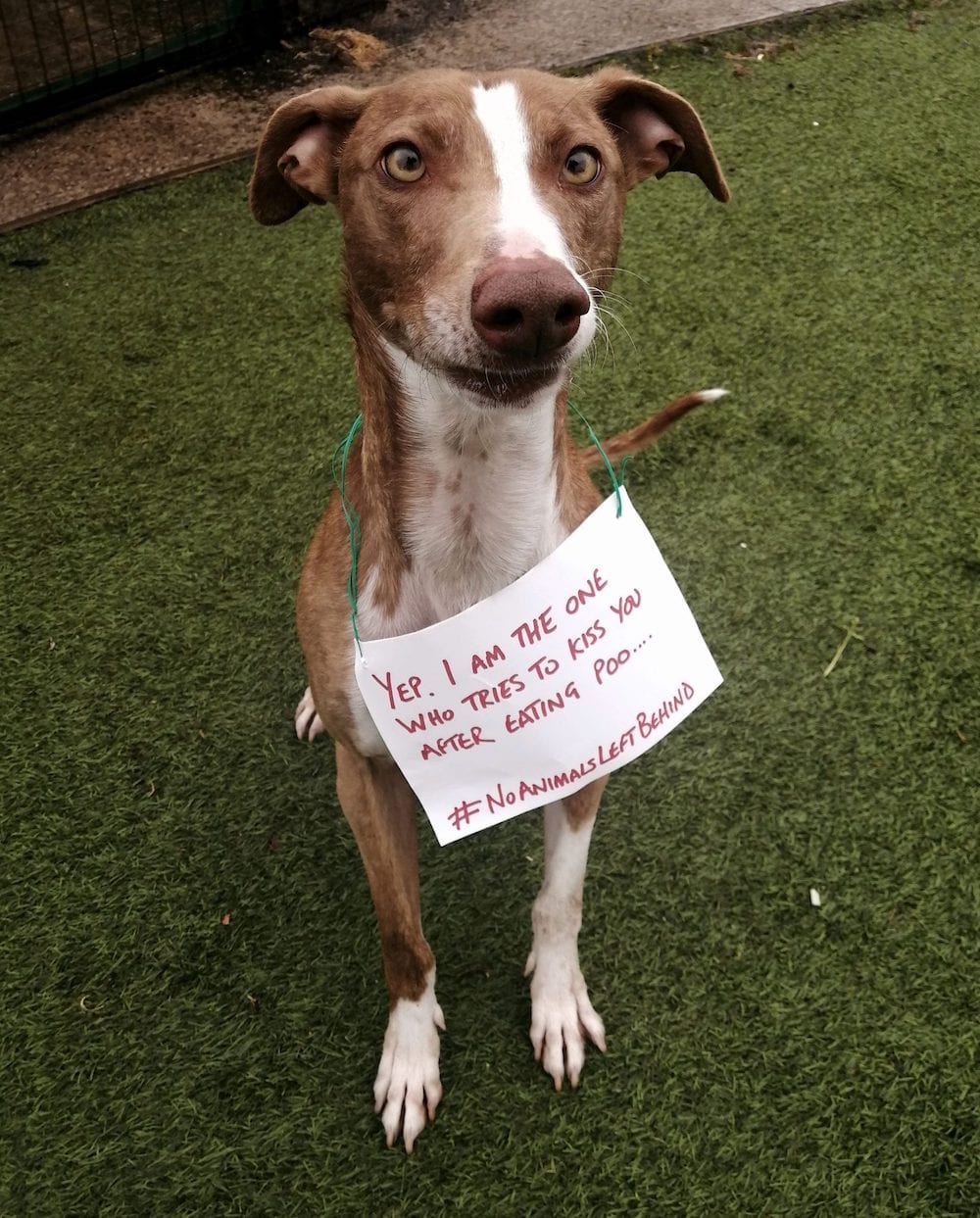 “The next morning, she went onto Freshfields website and that’s when she saw Xanthe.”

Wendy and Christine were told about Xanthe’s boisterous nature but they weren’t put off, and started a bonding programme, walking with her and gradually building up her trust.

She’s now officially become Wendy’s and will stay with Christine for three and a half days a week while Wendy is at work in Blundellsands.

“She’s soon settled down and she’s getting spoilt rotten,” smiles Christine. “I’ve already got a sackful of Christmas presents in the spare room, all for her.

“She’s changed three lives in just a few days – mine so much for the better because I’ve got something to focus on instead of sitting and grieving, Wendy is so excited and happy to have her dog and for Xanthe, more than any of us, things have changed dramatically.

“Now she’ll get to spend the rest of her life in absolute sheer luxury to make up for her four-year wait.” 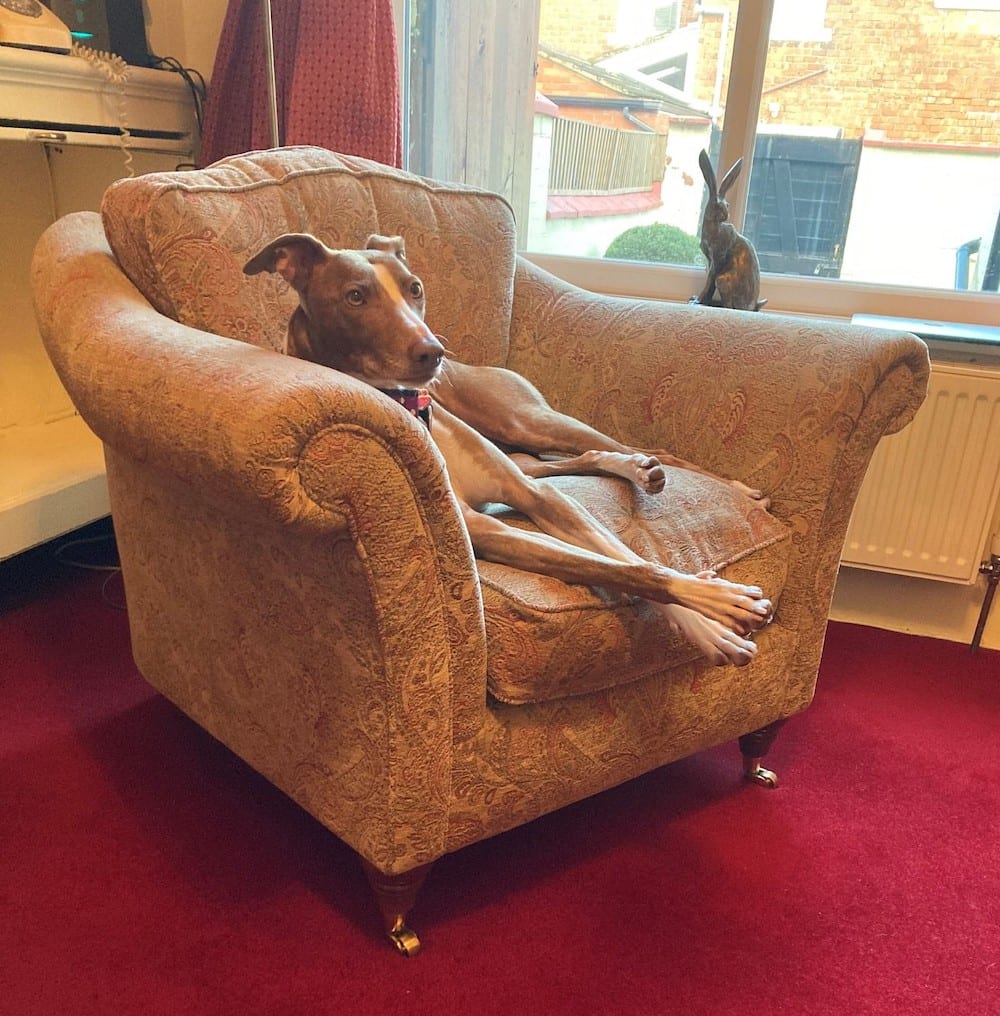 Freshfields Animal Rescue has launched its Christmas Appeal – No Animal Left Behind this Christmas to help even more animals who are in desperate need.

For 40 years, it has been rescuing, rehabilitating and rehoming abused, abandoned and neglected animals, and those who have had to be given up by owners who can no longer care for them.

Helen Stanbury, Director of Freshfields, says: “During the pandemic, animal welfare issues have sadly gone off the radar for many people. We are wholly dependent on a renewed community effort to ensure no vulnerable animals are left behind. Freshfields is one of the most diverse rescue centres in the North West, caring for domestic animals like cats and dogs, as well as wildlife, small animals and farm animals. We want to make the world a better place for ALL animals.

“Together with our supporters, we are there to provide for the poor souls who arrive at our door this Christmas. This year, we need that support more than ever to make sure there is No Animal Left Behind this Christmas.

You can donate to Freshfields No Animal Left Behind this Christmas campaign here.

MORE - Look at this gingerbread version of the Home Alone house