Discover The Fox Unit, the Wirral rescue service that's cared for almost 200 sick and injured foxes - The Guide Liverpool
Contact Us Advertise with The Guide Our Video Services Follow us:

A dedicated rescue for foxes has treated almost 200 sick and injured animals since it was set up in Wirral a year ago.

The Fox Unit was created by Gray Taylor last January with the aim of identifying and treating foxes in need of help across Wirral and the rest of Merseyside.

Based at Pawprints Wildlife Rescue in Hoylake, he takes calls day and night from concerned members of the public who have spotted foxes in distress, hurt in an accident or abandoned as cubs. 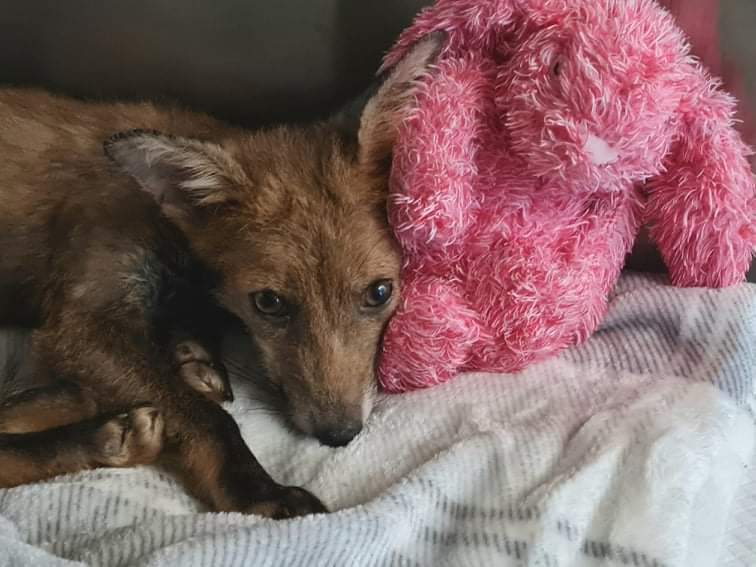 “I’ve been in plenty of nettle bushes, I’ve been knee-deep in ponds, under decking, down drains, in sheds, fields and forests and abandoned buildings,” he says. “I’ve been to airports, hospitals, schools, colleges, care homes and nurseries and I’ve been to many homes, gardens, farms and yards catching foxes. I’ve also met so many people in our community who genuinely care about these animals.”

Gray, from Oxton, was working at Freshfields Animal Rescue when he noticed how many enquiries about sick and injured foxes there were coming from Wirral.

“Foxes were already my hobby and my passion so I felt like I needed to change that situation,” he explains. “I approached Pawprints, they didn’t have anyone trained to look after foxes at the time, and said, ‘I’ve got the knowledge, you’ve got the space, would you like to do this?’.”

The Fox Unit was created, with room to treat up to nine animals at any one time. Since then Gray has been inundated with calls about foxes in need of urgent rehab.

Although some have been hit by cars and others abandoned during cub season in February and March, the majority are suffering from mange which, if left untreated, can kill them. 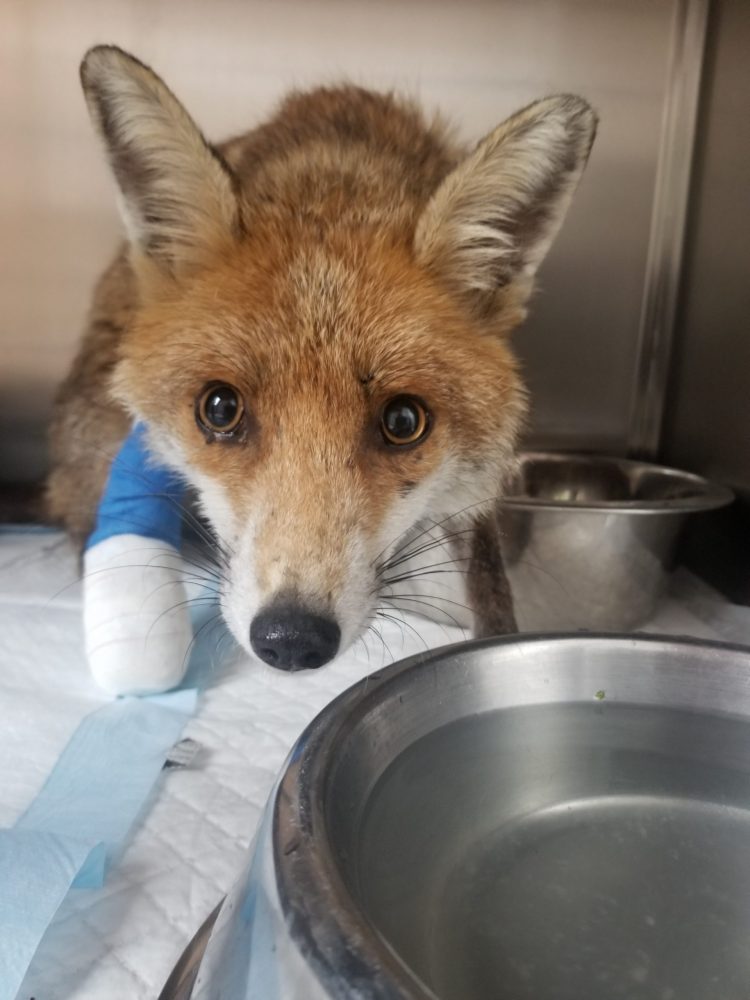 “That is definitely the most common call we get at the moment,” says Gray. “I dealt with over 150 foxes last year with mange.

“Some were absolutely awful, they had no fur left, they were skin and bones and they were the ones who needed to come into the unit and get some TLC so they’re not suffering anymore.

“Others we could treat outside, so we put a wildlife camera down, monitored them for around 72 hours to make sure we were fully aware of their comings and goings and then we put anti-parasite medication in food for them.”

Gray says the effect of being infested with the mites can be fatal if they’re not treated soon enough.

“It causes a lot of itching and the fox will bite and scratch and begin to shed fur as the infection progresses. But they also become more and more lethargic, less able to catch their dinner or scavenge, or respond properly to their surroundings so then they’re more at risk because they are the things that keep a fox alive. 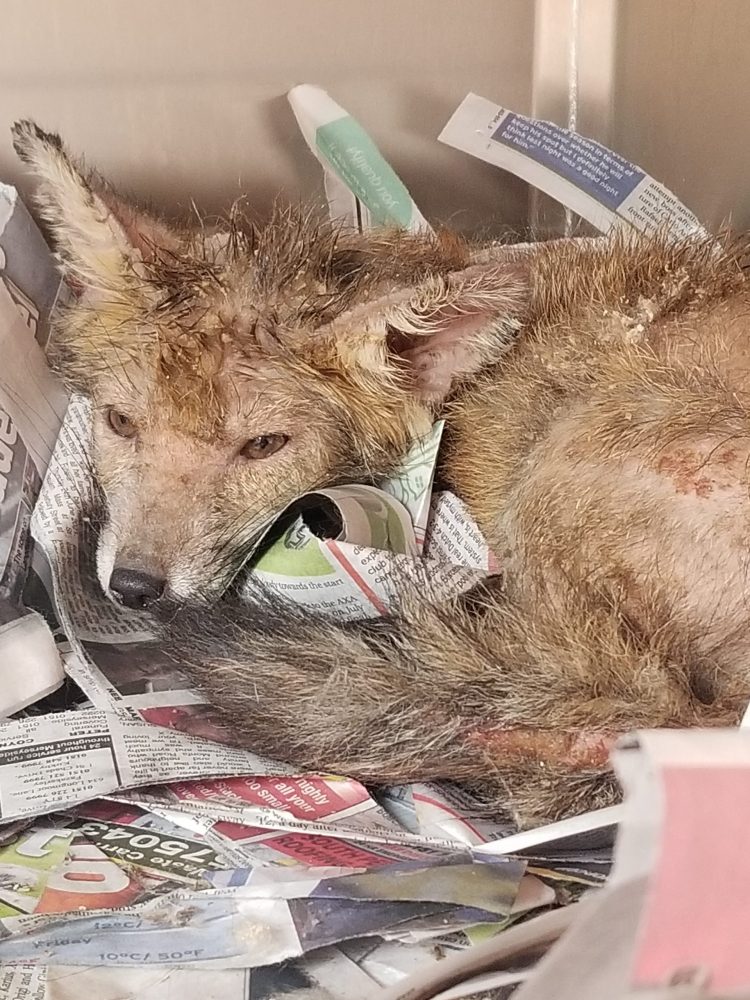 “The majority of these foxes are turning up in people’s gardens, often in the middle of the day, they look lost, confused, and might be struggling to jump over fences that before they could easily clear. That’s how we build up a picture of how bad it is.”

When calls are made to the unit, Gray will assess each fox to decide on the right treatment.

“Normally people are able to provide a photo or a video so I can get a good look at the fox and determine what sort of stage they’re at.

“Some we can trap and get a spot-on, the same as you’d do with a dog, some we can use an ingestible version in food, but where there’s anything over 30% fur loss they need to be admitted for treatment.”

As wild animals that can be a tricky procedure which needs careful handling, but Gray says it’s actually a good sign if the foxes are keeping their distance from him.

“Foxes should be scared of me, they’re so sensitive, so if they’re amenable then that’s out of the ordinary. There maybe be an underlying reason for that – foxes can get toxoplasmosis and that’s something I’m looking out for by monitoring their behaviour. 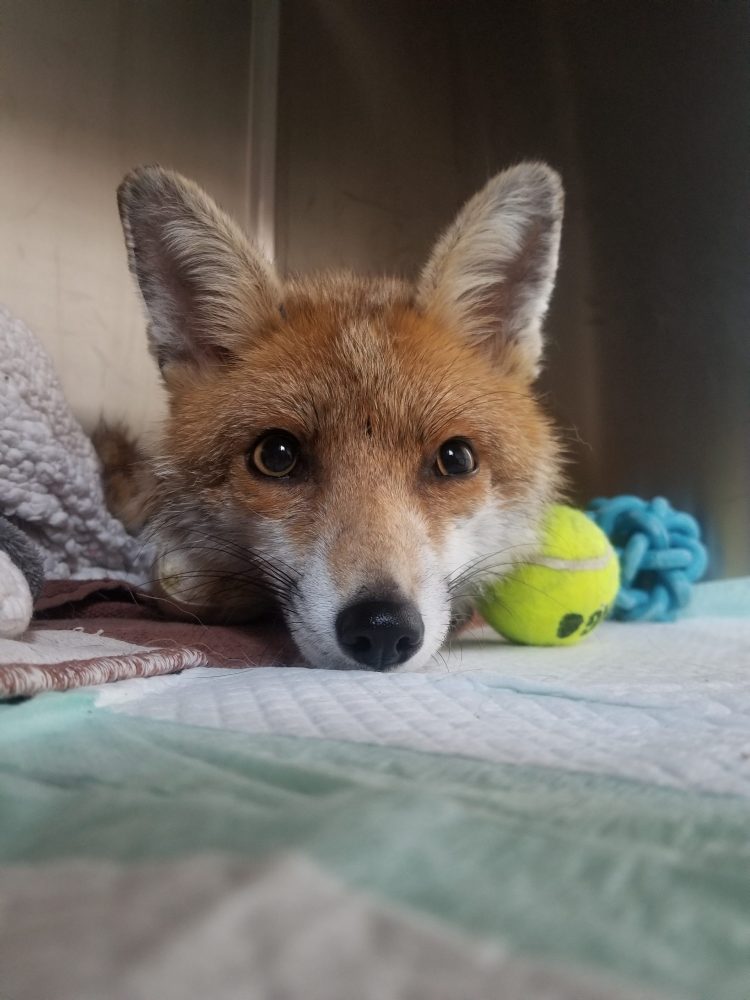 “Last year I took seven foxes that had toxoplasmosis to a sanctuary because they wouldn’t have survived more than a couple of weeks if I’d released them.”

Gray says there are a lot of misconceptions around foxes, and not everyone loves them as much as he does.

“You do get some very strong reactions, I rarely come across anyone who’s indifferent towards foxes – I have had people waiting outside barns with guns ready to shoot them if I don’t collect them – but I think happily the majority of people are well-meaning towards them.

“They all have their own unique personalities and it can be difficult not to get attached to them, especially the cubs who are so sweet. But when you watch wildlife footage and see them outside, it’s clear to me that’s how it’s supposed to be for them. That’s where they belong and they can’t become too domesticated because their survivability depends on it.”

For more information on The Fox Unit and Pawprints Wildlife Rescue, how to contact them and donate, click here.