Discover the stories behind these 10 sculptures you can find in Liverpool - The Guide Liverpool
Contact Us Advertise with The Guide Our Video Services Follow us:

Liverpool is full of culture, art and things to look at, including interesting sculptures that spark your imagination.

While walking around the city centre, don’t forget to look up and take in your surroundings.

You might even stumble across a piece of abstract art and wonder about the story behind it.

The creation of each sculpture stemmed from an idea and has created a world of intrigue for visitors to our city and curious locals. 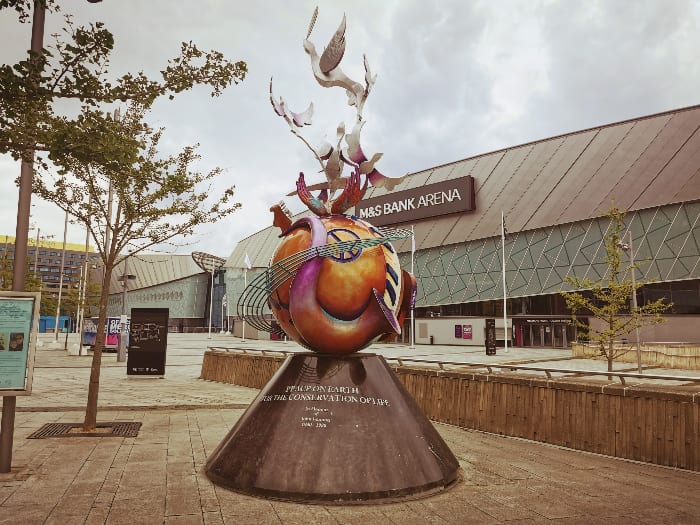 The global peace monument was gifted to Europe on John Lenon’s 70th birthday in 2010. The sculpture, made of metal and glass by artist Lauren Voiers, was commissioned by American arts organisation, Global Peace Initiative. You can find this one in Keel Wharf by the Echo Arena and the Liverpool Wheel. 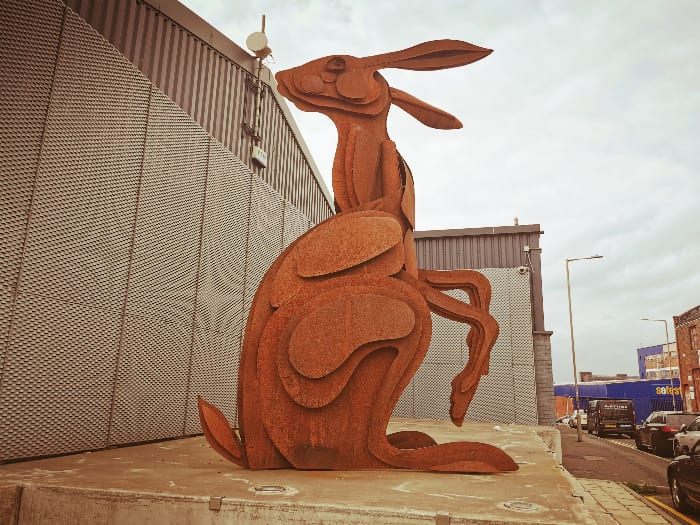 This 3.6 metre steel hare was created by Dutch artist and sculptor, Marjan Wouda, whose work mostly consists of animals. The enormous sculpture was designed as a tribute to the species whose numbers have decreased since the 1960s. The hare sits on the Baltic Plinth, in the Baltic triangle.

Read more about her work here. 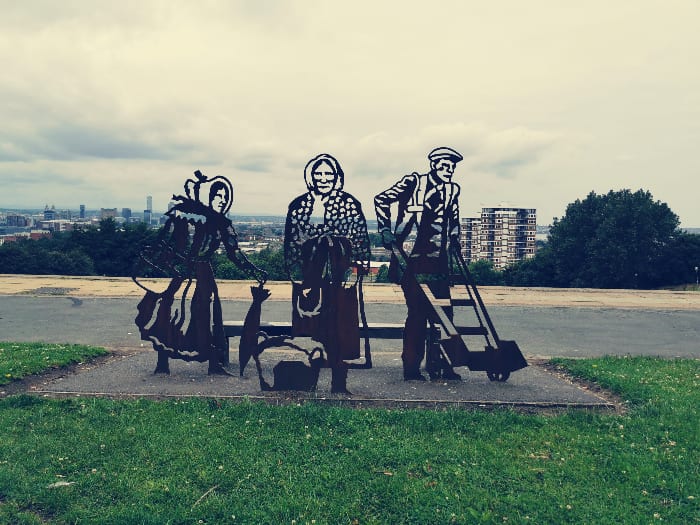 There is no better place to appreciate Liverpool’s skyline than from Everton Park, but have you ever noticed the sculpture at the top of the hill? Three life-size, steel figurines stand proudly over the city, in what is called the ‘Portrait Bench’. The sculpture shows Molly Bushell who founded Everton toffee and Catherine ‘Kitty’ Wilkinson who helped those living in poverty and with disease in the 19th century. The final figure is a local dock worker whose work was integral in Liverpool’s industrial revolution. Locals were invited to vote on who to include and the sculpture was unveiled in 2012. 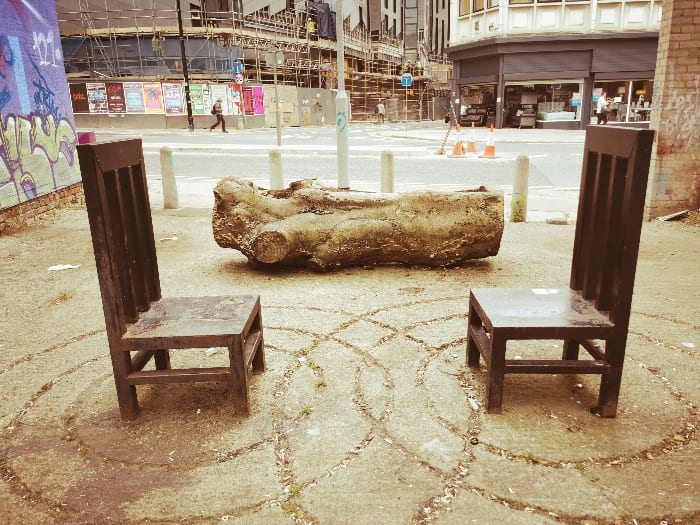 Walk along London Road and you might easily miss this simplistic sculpture created by Alan Dunn and Brigitte Jurack. Two metal chairs sit facing each other on an unused plot of land between two other buildings. The chairs are named after graffiti which was originally on the wall behind the art and has sparked intrigue since it was installed in 1995.

Read more of the story behind the chairs here. 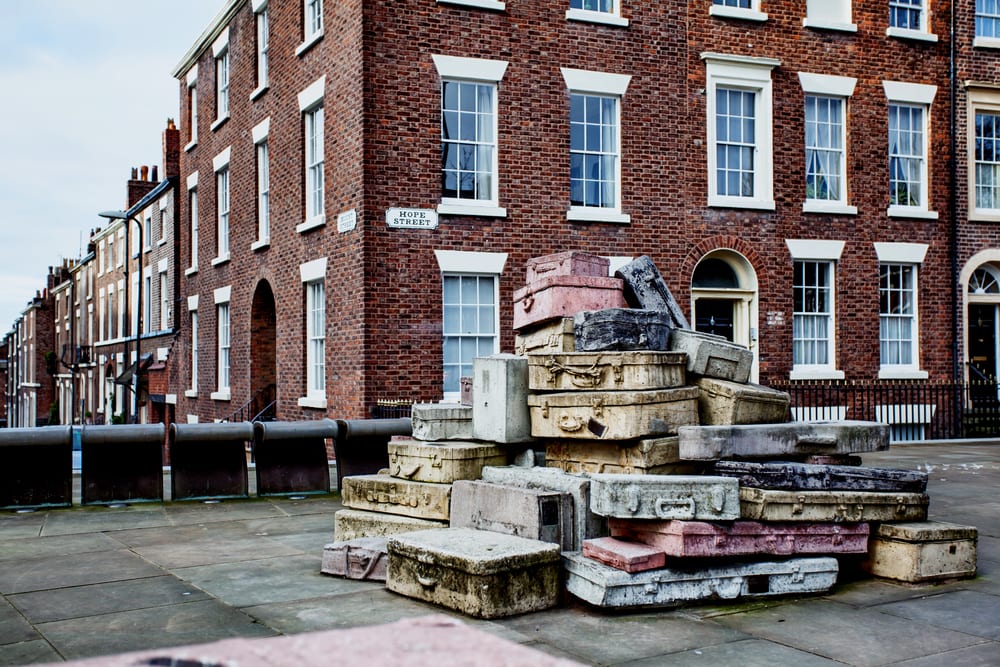 Hope Street links our two cathedrals together and is also home to John King’s sculpture which is known locally as ‘the suitcases’. The suitcases, trunks and guitar cases were installed in 1998 and are made of stone. Each piece of luggage has the name of someone famous who is or was local to the area of Liverpool. 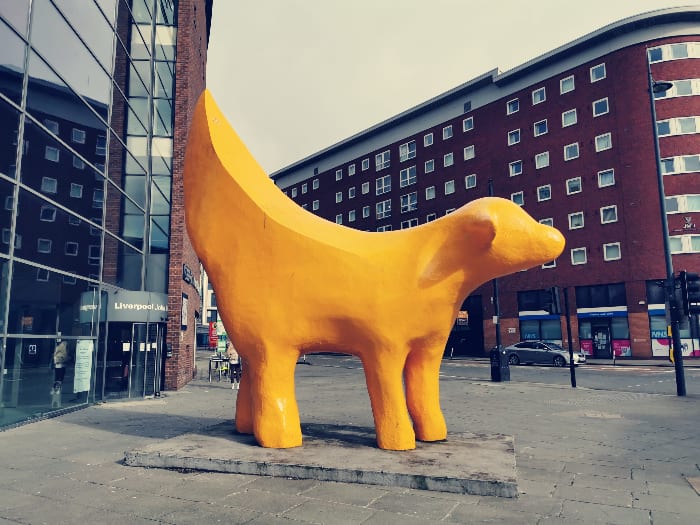 Lambananas are a very recognisable feature of Liverpool’s streets and can be found dotted about around the city. The shape resembles that of a lamb with a banana for a tail and they come in all different sizes, colours and patterns. The original ‘Superlambanana’ was created by Manhattan-based, Japanese artist Taro Chiezo in 1998. He designed them as a comment on genetic engineering, using Liverpool’s history of the docks to incorporate the common cargos of sheep and bananas. 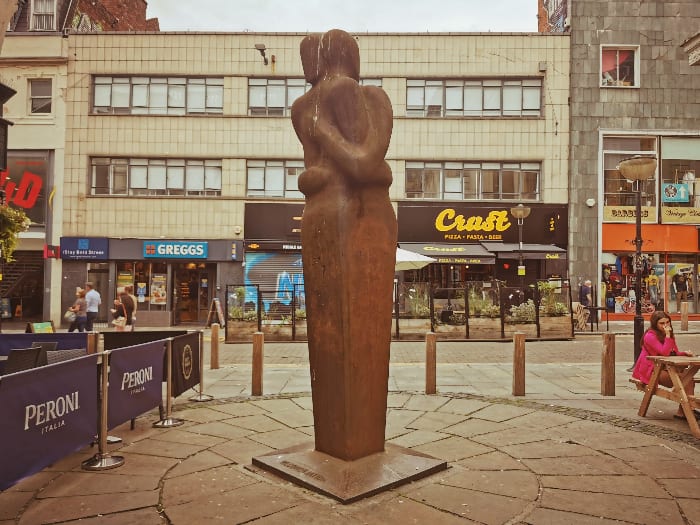 This sculpture was created in 1989 by Stephen Broadbent as part of a trio of identical sculptures. The two abstract figures made of iron and hugging one another can be found between Concert Square and Bold Street. The other two sculptures were placed in Belfast, Northern Ireland and Glasgow, Scotland. The art is designed to show how sectarianism can be overcome through solidarity.

To find out more, head here. 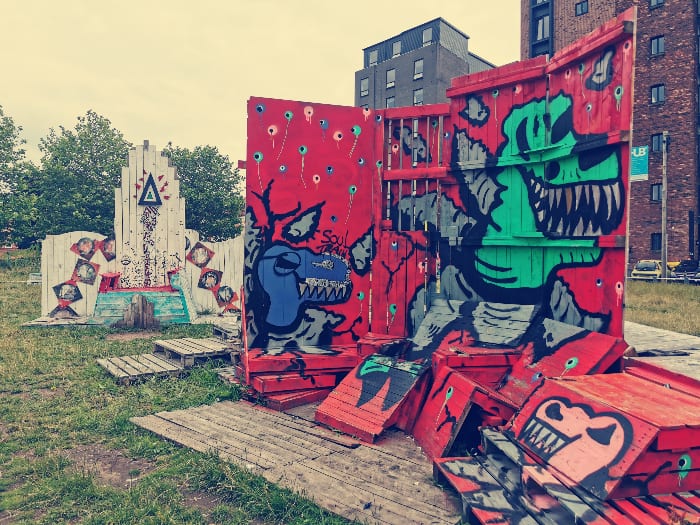 The Baltic Green Urban Park on Bridgewater Street is packed with sculptures created by local artists. The sculptures are designed to be both visually interesting and practical, giving people a colourful space to eat lunch and relax. The park was turned from a patch of grass into a community hub with plans continuing to develop.

Keep up to date by following here. 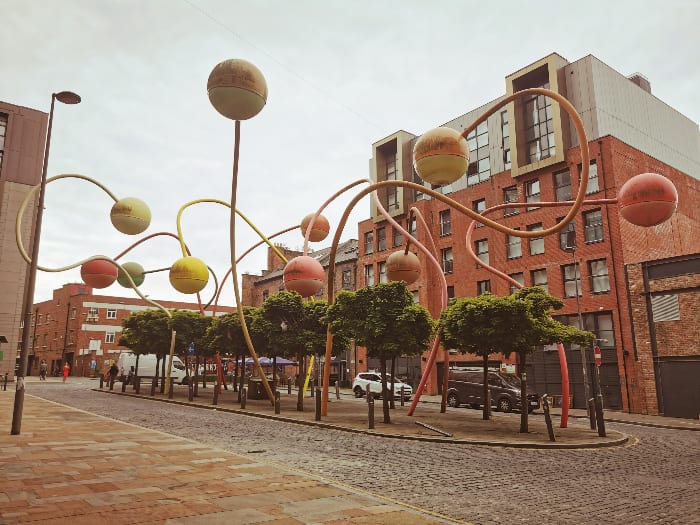 ‘Penelope’ was specifically designed by Jorge Pardo in 2006, with the space in mind. The huge, brightly coloured, visually interesting sculpture is intended to encourage people to be present and enjoy the square. It can be found in Wolstenholme Square which has recently seen new developments, right in the heart of the city centre. 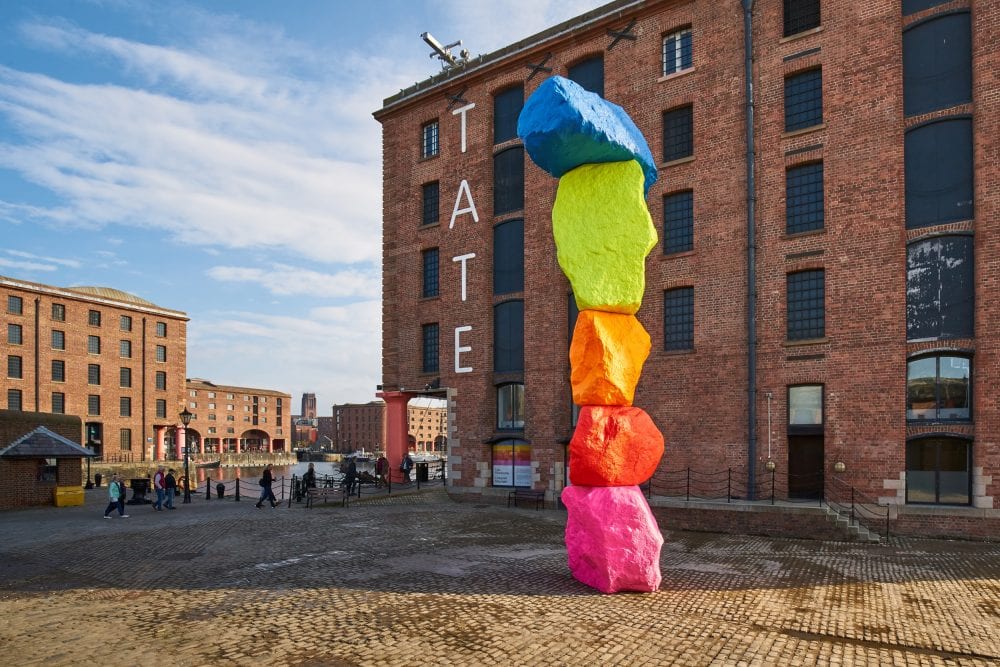 Swiss-artist, Ugo Rondinone, created the Liverpool Mountain as his first public artwork in the UK. It reaches a massive 10-metres high and is positioned on the Royal Albert Dock. It was commissioned by Liverpool Biennial and Tate Liverpool. The brightly coloured rock sculpture was inspired by nature and the art of rock balancing.