Duke Street Market has arrived and hundreds flocked to their VIP launch night to get a glimpse - The Guide Liverpool
Contact Us Advertise with The Guide Our Video Services Follow us: 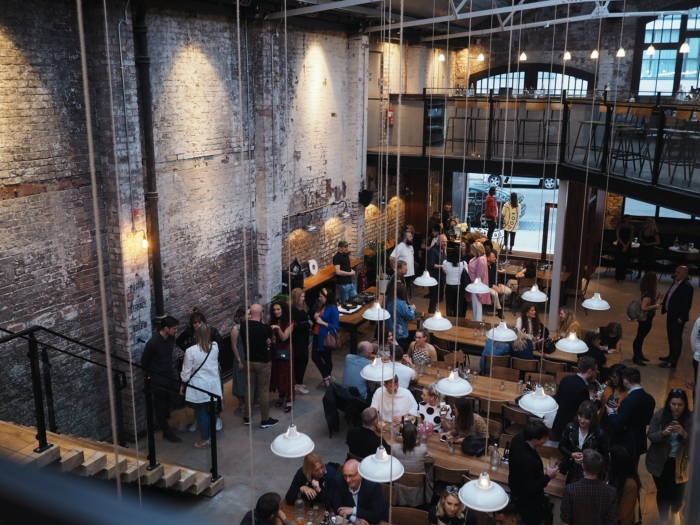 Having officially opened on the 13th June, Liverpool’s hottest culinary hotspot, Duke Street Market, has been bustling ever since.

The 5,000 square ft venue is home to six food traders, a flagship restaurant, three bars, a terrace and florist.

A week later, press, influencers and VIP’s were welcomed to the exclusive evening with a glass of prosecco, followed by the choice of six of Duke Street Market’s most popular cocktails, including: Silver Mercedes, Strawberry Smash and Rosemary Bramble. Throughout the event, all six traders and Pilgrim, the venues flagship restaurant, offered guests a selection of their signature dishes, whilst DJ Andy Mc provided the evening’s entertainment.

MORE: For all the latest food and drink news see here

Co-Founder of Duke Street Food and Drink Market, Matt Farrell, said: “We are so pleased with the turnout for our VIP Night and the feedback we received. Guests got to experience what each trader does best alongside our signature cocktails. It was a really special evening and one we’re not going to forget anytime soon.”

Guests raved about the trader’s sweet and savoury dishes, as well as the transformation of the old ship yard into Liverpool’s must inclusive culinary dining venue.

MORE: Here’s 10 Liverpool bars serving up the best Gin in the city

Director of Urban Food & Drink, who co-founded Duke Street Market, Alexander Bennett, said: “It has taken a lot of blood, sweat and tears to get the venue to how it is today but we couldn’t be prouder of the space. We’ve retained the building’s industrial character and history but contrasted with a minimal, contemporary aesthetic. The response to Duke Street last night was overwhelming and we’re just looking forward to developing phase two of the venue, which sees us expand the size further. Watch this space!”

We went down recently to chat to the guys at Duke Street Market and to get a taste of what it’s like. See below.