Eastenders star Maisie Smith joins cast of Strictly Ballroom The Musical, coming to Liverpool Empire Theatre - The Guide Liverpool
Contact Us Advertise with The Guide Our Video Services Follow us:

Strictly Come Dancing finalist and much-loved former EastEnders star, Maisie Smith, will make her musical theatre debut later this year, as she co-stars in the 2022/23 UK tour of Baz Luhrmann’s Strictly Ballroom The Musical as the female lead.

She will star alongside her former Strictly dance partner, Kevin Clifton, who she waltzed her way to victory with in the Strictly Come Dancing 2019 Children In Need Special.

The musical, based on the award-winning global film phenomenon of the same name, inspired the world to dance and spawned the smash hit TV series Strictly Come Dancing. And now, new for 2022/23, this all-singing, all-dancing and all-glittering show – directed and co-choreographed by Craig Revel Horwood – is set to dazzle audiences once more with this glittering cast. Kicking off in Portsmouth on 26 September, the musical will then waltz around the UK before culminating in Bristol in July 2023.

Maisie first wowed Strictly fans with her dancing in 2019 in the Children In Need TV special with Kevin Clifton. After winning the hearts of the public, the following year she danced her way into the BBC One Strictly Come Dancing final.  Earlier this year, Maisie joined the cast of the Strictly Live Arena Tour. She will now add another jewel to her Strictly crown, as she makes the move into musical theatre in Strictly Ballroom The Musical.

“Dancing in Strictly has been a huge part of my life, and been so much fun. I’m absolutely thrilled to be able to continue that journey in Strictly Ballroom The Musical. Not only do I get to make my musical theatre debut with my former partner in crime, Kevin Clifton, but I get to work with Craig Revel Horwood and Jason Gilkison again too – I can’t wait.”

“I’m beyond excited to be performing with Maisie again – she’s amazing! And I’ll finally be fulfilling my lifelong ambition to play Scott Hastings in Strictly Ballroom The Musical.  When I was 10 years old I first watched the movie that would become my favourite film of all time. This is my dream role. I can’t wait to don the golden jacket and waltz all over the UK with Maisie in what’s set to be an incredible show!”

“I’m delighted that the super talented Maisie Smith is joining Kevin Clifton on the Strictly Ballroom UK tour. I can’t wait to see them dance together again. Expect some sexy moves, sizzling costumes and a simply sensational evening! I know that they’ll both be FAB-U-LOUS!” 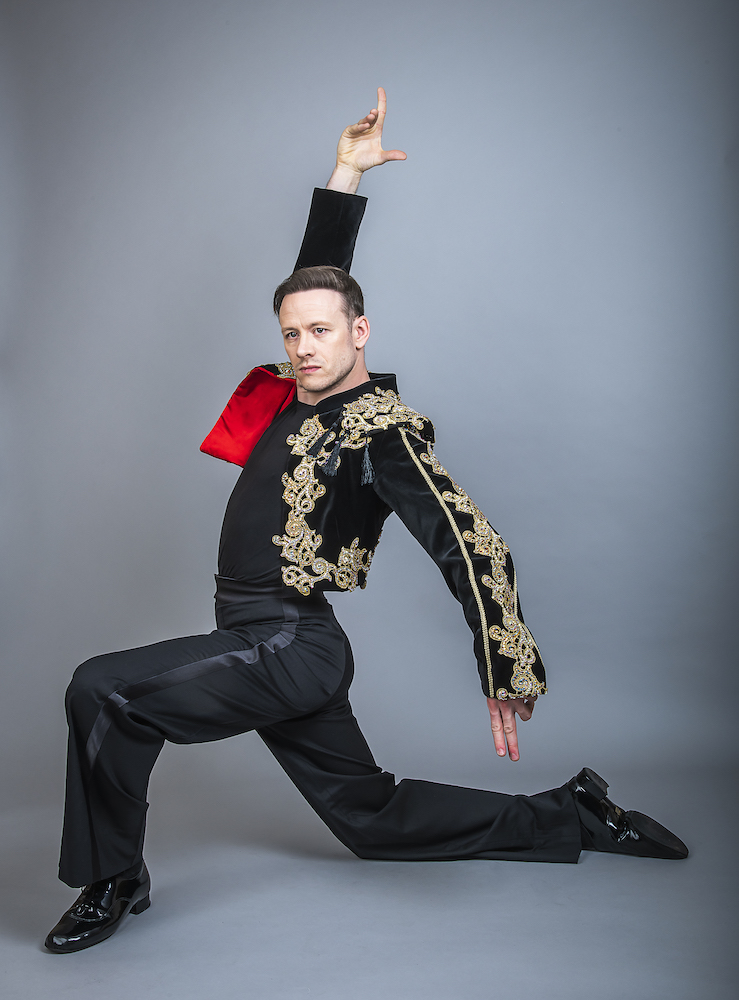 Strictly Ballroom The Musical, co-choreographed by Strictly Come Dancing’s Creative Director Jason Gilkison, tells the beguiling story of Scott Hastings, a talented, arrogant and rebellious young ballroom dancer – played by former Strictly Come Dancing professional and 2018 champion, Kevin Clifton. When Scott’s radical dance moves see him fall out of favour with the Australian Federation, he finds himself dancing with Fran (Maisie Smith), a beginner with no moves at all. Inspired by one another, this unlikely pair gather the courage to defy both convention and their families – and discover that, to be winners, the steps don’t need to be strictly ballroom.

Featuring a show-stopping book by Baz Luhrmann & Craig Pearce, and bringing together a sublime cast of over 20 world class performers, Strictly Ballroom brings to life iconic songs, including Love is in the Air, Perhaps Perhaps Perhaps and Time After Time with dynamic and joyous verve. This tour will also feature some amazing new songs by internationally acclaimed artists including Sia, David Foster and Eddie Perfect. The show’s scintillating singing, dazzling dancing and eye-popping costumes will combine together to bring audiences a story of heart, comedy and drama, and promises to be an unforgettable night under the glitter ball.

This uplifting and courageous musical originated as a stage play that Baz Luhrmann devised with a group of classmates at Sydney’s National Institute of Dramatic Art in 1984. Eight years later he made his screen directorial debut with ‘Strictly Ballroom’, the first instalment in Luhrmann’s acclaimed Red Curtain Trilogy.

The vibrant film enjoyed staggering success, winning three awards at the 1993 BAFTA awards and a 1994 Golden Globe nomination for Best Picture, going on to become one of the most successful Australian films of all time, earning more than $80 million at the box office. In April 2014 Strictly Ballroom The Musical had its world premiere at the Sydney Lyric Theatre. 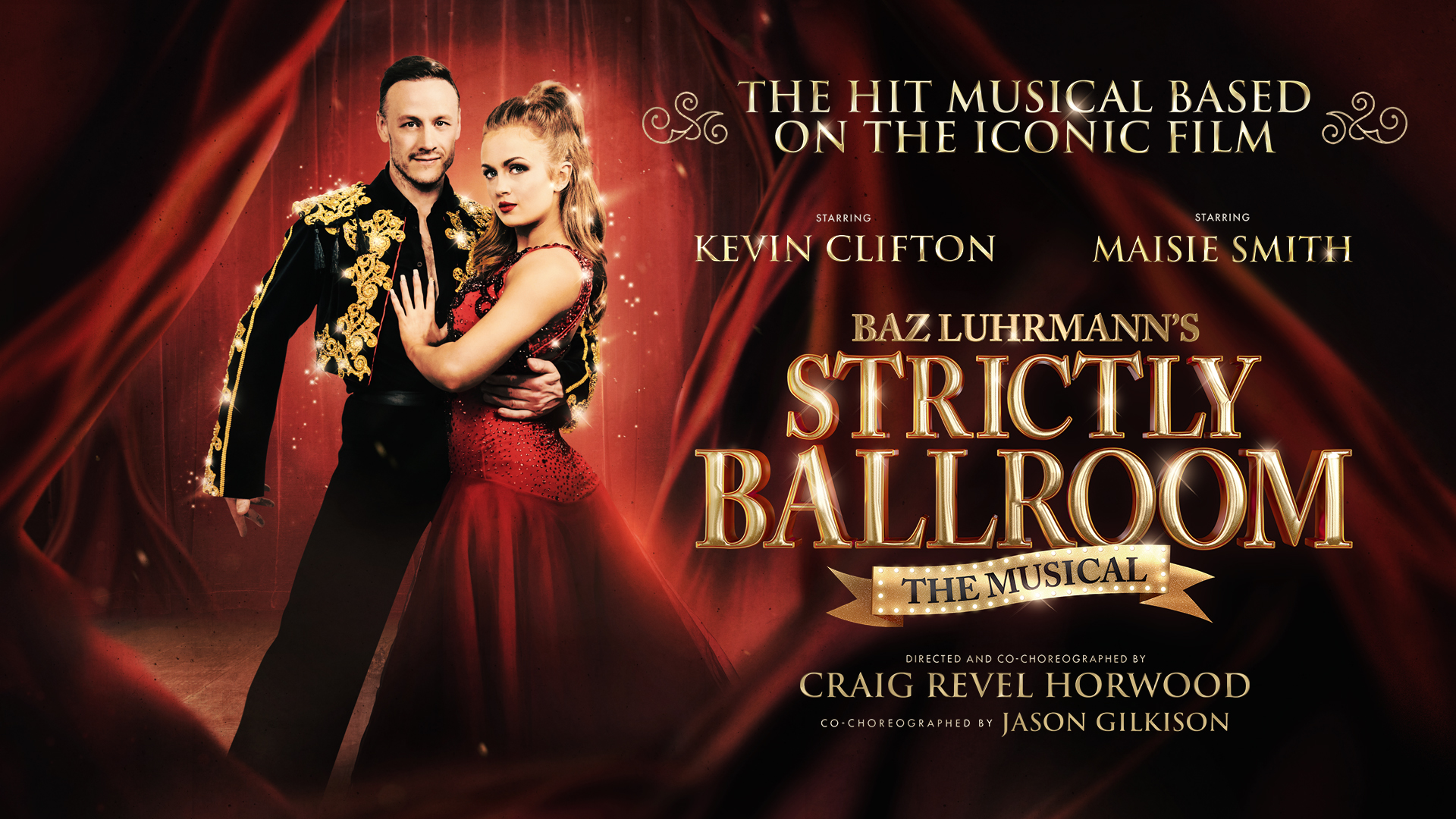 Baz Luhrmann’s Strictly Ballroom the Musical is a fabulous, feel-good evening full of sequins, singing and salsa. This unmissable kaleidoscope of glitz and glamour is a tonic for the soul and will send your heart soaring and toes tapping long after you leave the theatre!

Book your tickets to see Strictly Ballroom the Musical on the Liverpool Empire website here.

MORE - You can vote now and have your say on how Liverpool is run – here’s what you need to know.