EFC superfan Lewis gets splints with Everton crest - The Guide Liverpool
Contact Us Advertise with The Guide Our Video Services Follow us:

Everton superfan Lewis Docherty is giving his team an extra special cheer after they gave permission for their crest to be used on his first pair of splints.

Lewis, 11, from West Derby, has quadriplegic cerebral palsy and needed the splints to be able to use a standing frame to help strengthen his legs, core and internal organs.

Mum Traci said: “He lives and breathes Everton – he was voted Fan Of The Year last year with more votes than anyone else ever before – but when he asked if he could have Everton splints I didn’t think it was possible. 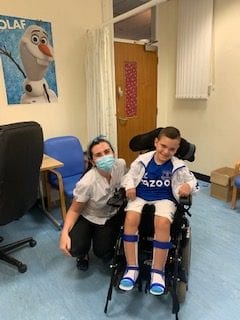 And while Lewis was being measured, and before he and his mum had even left Alder Hey’s orthotics department, Everton had emailed over a copy of their crest and permission for the hospital to use it.

We know its tough right now, but if anywhere can do this, we can ❤️ pic.twitter.com/1HlCakmN1N

“They’re amazing,” adds Traci. “It’s given Lewis a real boost. He was so fed up during lockdown when he couldn’t see the team play and this has given him a new drive.

“He has vowed to try to stand for an hour a day, which is a big thing for Lewis, and it means he could get a walking frame and be able to kick a ball for the first time. 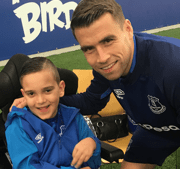 Lewis was one when he was diagnosed with cerebral palsy, and he has to have daily physio to improve his strength and muscle control, and his movement.

Although medics wanted to fit a mickey button into his stomach to feed him via a tube, with Traci’s help Lewis has managed to eat normally and build strength and put on weight.

He has already had more than 10 procedures at Alder Hey and major operations including one, at the age of seven, which took 13 hours so surgeons could reconstruct his hips and align his pelvis. 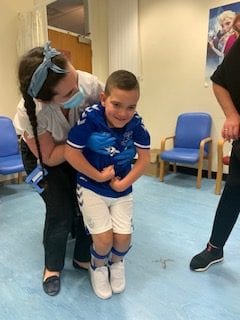 “That should have had a recovery time of three years,” smiles mum Traci. “But it took Lewis just 12 months and astonished the doctors.”

But then, Sandfield Park school pupil Lewis has always been a determined young man.

While he is often in pain and has limited physical ability, he has never let it stop him from doing anything – and it’s rare you’ll see him without a smile on his face.

And one of the things that makes him smile the most is football and his beloved club Everton.

“Everyone at the club knows Lewis and the other fans do too. He is really knowledgeable about the club and he is just so passionate about it,” says Traci. “When he was little my dad – David Moorcroft – used to talk to him about football and Everton, and the two of them would sing Everton songs. It started there and it’s just grown.

“Everton is his life.” 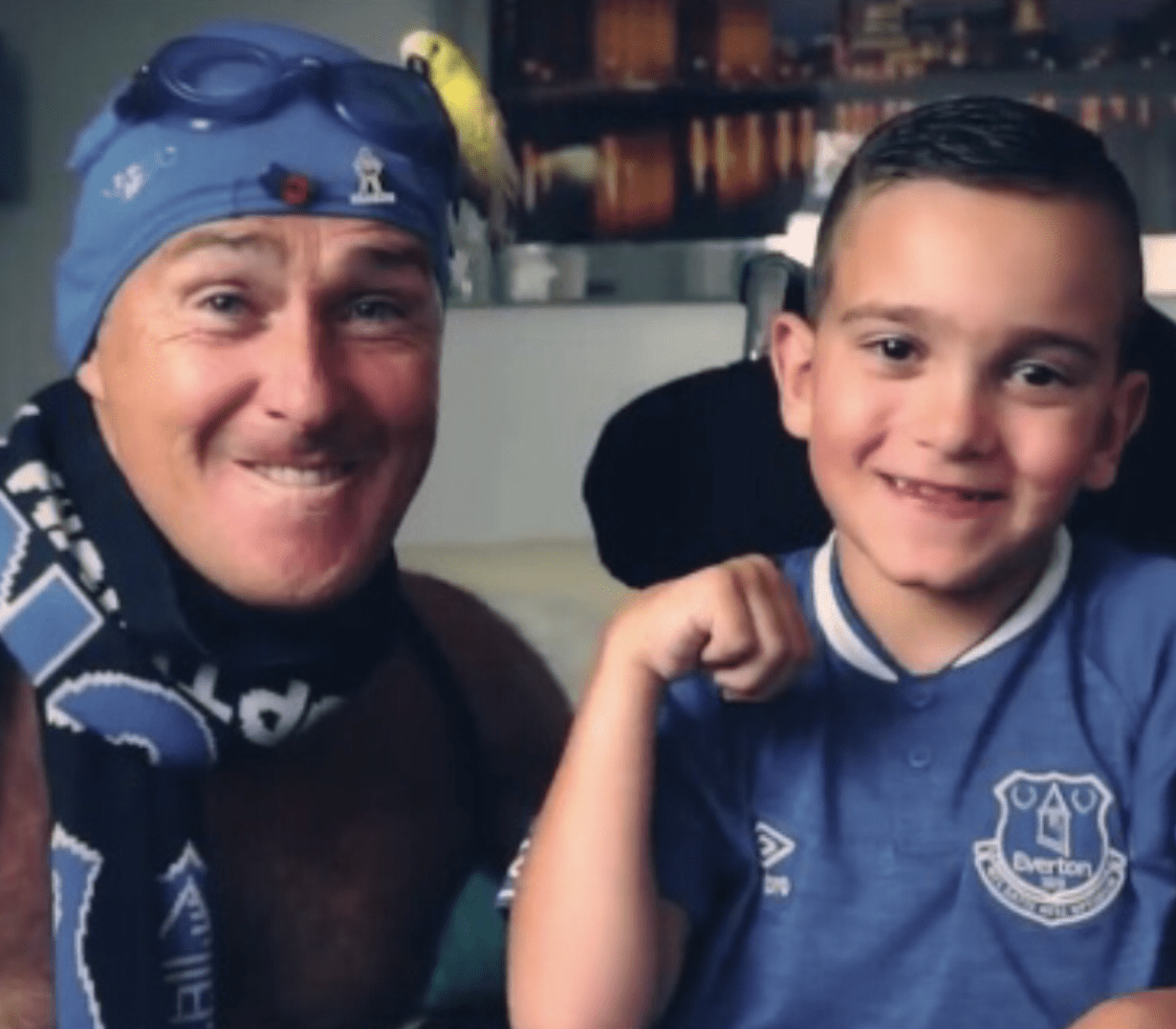 Lewis was presented with Fan of the Year last year by Speedo Mick – aka Michael Cullen – who has raised hundreds of thousands for charity, and who Lewis helps raise funds at Goodison.

It was a tear-jerking moment filmed by Traci in her home which went viral, and was matched only by the official presentation of the award over Zoom during lockdown, thanks to Lewis’s magnificent manners when he is keen to thank everyone – and his tears when club captain Seamus Coleman joins in the video-call to congratulate him.

Lewis has also raised money for fusion club which he goes to and a host of other charities.

“He’s so positive,” says Traci. “He’s not perfect of course, but his character is amazing.  He is so strong willed. 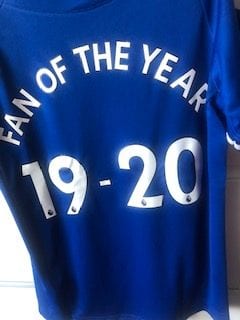 “All the players know him, as do the other fans, and I just think he is an inspiration.”

She said the splints and Lewis’s determination to strive to do as much as he physically can means he is definitely going in the right direction, making even more progress possible.

“Former player, Leighton Baines, is in regular contact with Lewis and we don’t even need to ask the club to do anything a lot of the time for Lewis, they just do it anyway.

“Everton have just been brilliant. I know they say they’re the people’s club, but they have shown to us – to Lewis – that they really are.”