Nights of music, poetry and plays at Blackburne House’s bistro lead by actress Eithne Browne always end up with everyone dancing.

Now, with restrictions meaning no in-person event, she’s planning an at-home version so everyone can come together and have a February sing-a-long from their own living rooms.

Back to Black(burne) on Sunday February 14 will see Eithne and friends putting on a show which she says will be full of songs, words, laughter and love.

And, because no bistro session would be complete without the fabulous food, there’s the option to collect or get a Sunday roast delivered to eat while you watch.

“We’ve been doing concerts and gigs at the bistro in Blackburne House for the past 10-12 years, a couple of times a year, and last year marked the first time we’ve never done one which was so sad,” says Eithne. 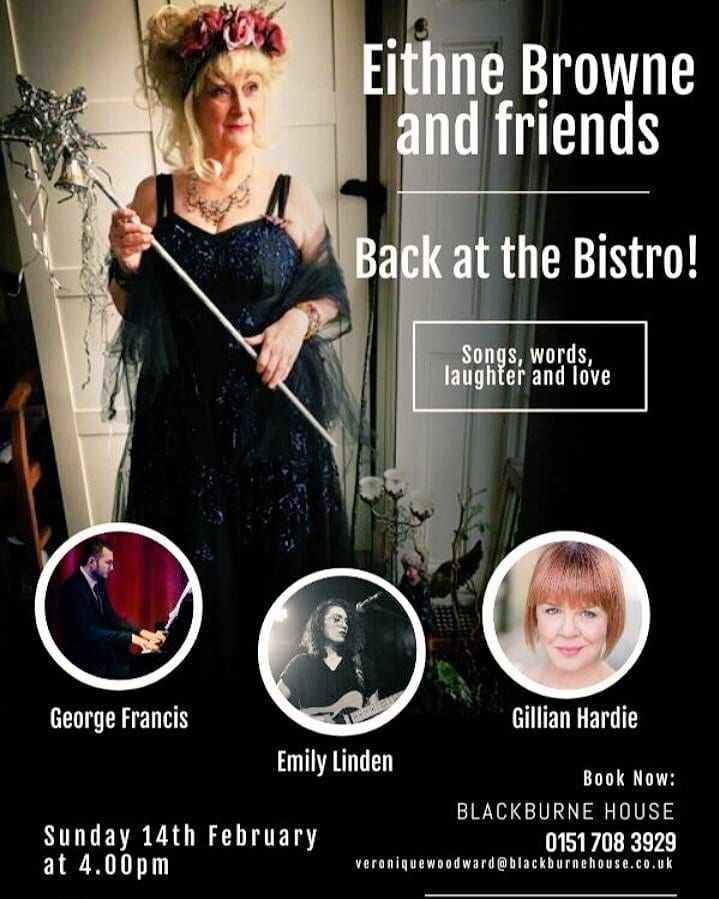 “We had one booked in to do at Christmas with Davy Edge and Mickey Starke but then that got cancelled so Lesley who runs Blackburne House said to me, ‘shall we do something online instead?’ and here we are.

“I’m really lucky to have George Francis who’s the Everyman’s choice of Musical Director, Gillian Hardie who apart from appearing in lots of things in Liverpool has done Mamma Mia and Kinky Boots in the West End, and Emily Lindon on guitar who’s just done 9 to 5 and Heathers in the West End.

“It’s been lovely to be back rehearsing and now we’re going to perform together, socially distanced, at Blackburne House and record it to stream.”

For Eithne, like most performers in theatre, lockdown has meant constant cancellations of live shows.

In fact, she was just three days into a run of a new production when the first restrictions came in back in Spring last year.

“It was a fantastic play called Maggie May, coming out of Leeds Playhouse, and I’d worked on it for a couple of years, on and off, with them.

“It was working with people with dementia, so my character had early dementia and the sadness of that was brought to the fore but also the fun and the happiness and what you can do. We’d rehearsed for five weeks, I’d learnt 108 pages of script, it opened and was on for three nights and then we got sent home last March. 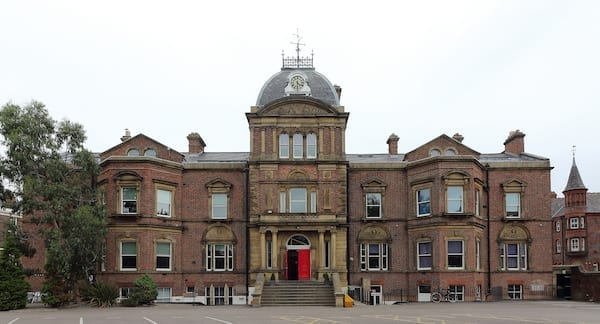 “It was due to run until May so that was a bit of a blow for all of us who’d worked on it, but it was such was a beautiful piece of work and there was so much put into it so hopefully it’s not gone forever.”

She did make it back on stage, although briefly, in December when she appeared at the Royal Court in its Selection Box shows.

“They were due to be on until the end of January but we had to finish the day before New Year’s Eve when the latest lockdown came in,” she says. “That was really disappointing because it would have been lovely to have the celebration of New Year’s Eve, but at least we got a couple of weeks and the response we got was really emotional, audiences had missed being in the theatre so much.

“Some people had made a placard which read ‘thank you, you’ve made our year’ and we were all in tears by the end. Even now I get texts sent to me with pictures of people just so happy to be able to see a live show for the first time since March.”

Back at the Bistro can’t be live just yet, but Eithne says they’ve every intention of recreating the atmosphere which has made it a sell-out.

“We usually do them on Friday nights but we like doing Sunday afternoons as well – it’s very relaxed, we start about 4pm, you get a roast and desserts and drinks, so it’s a bistro setting with entertainment. 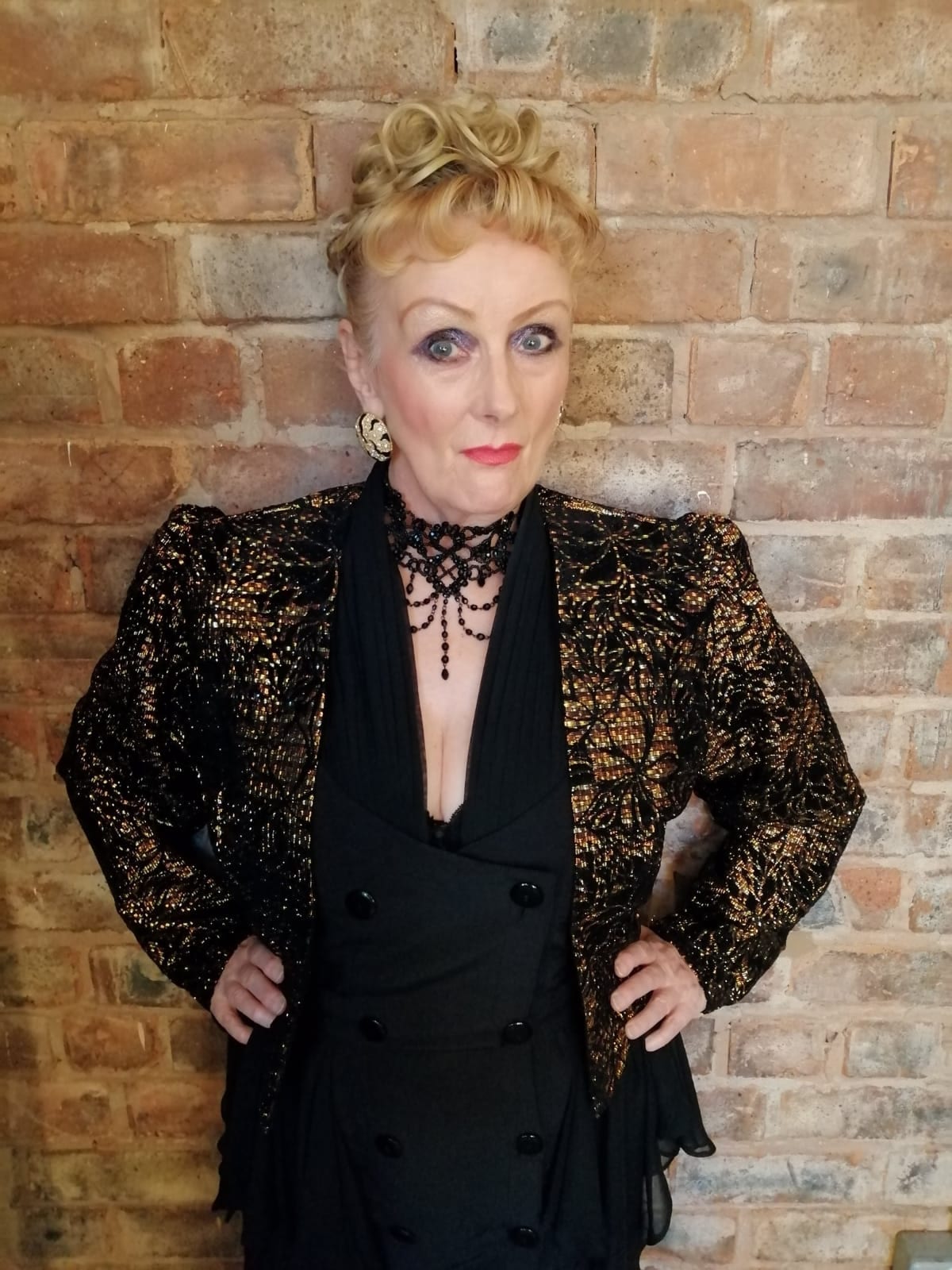 “The same people come back and then we have new ones and everyone’s up dancing at the end so it’s very much a celebration.

“With the streamed one, people may not be able to be with the people who they’d normally be with, but they’ll be watching at the same time so it’s the next best thing to being together.

“We’re saying get some food in, get the drinks sorted, sit back and enjoy. We’ll be up there cavorting as usual so come and join us!”

Tickets for Eithne Browne and Friends Back at the Bistro, streamed at 4pm on Sunday February 14, are priced £20 including a choice of meat or veggie roast (add £2.50 for delivery), or £11 just for the streaming. To book, call Blackburne House on 0151 708 3929 or email [email protected]