Elton John kicks off UK leg of farewell tour in style and his next stop is Anfield Stadium - The Guide Liverpool
Contact Us Advertise with The Guide Our Video Services Follow us:

Sir Elton John has kicked off the first UK night of his Farewell Yellow Brick Road tour in spectacular fashion with a selection of hit songs from across his glittering career and his next stop is Anfield Stadium Liverpool.

The 75-year-old global megastar took to the stage at Carrow Road in Norwich on Wednesday donning a black tuxedo with pearl trimming, a white ruffle shirt and yellow sparkly glasses for the first of his three extravagant outfits of the night.

He treated the packed crowd of adoring fans to 23 songs from his collection including hit tracks Tiny Dancer, Rocket Man, Your Song and hit recent number one single Cold Heart, which is in collaboration with pop star Dua Lipa.

Following his opening numbers of Bennie and the Jets and Philadelphia Freedom, he said:

“Believe or not this tour has been going for a long time and this is the first English date we’ve done, due to you know what.

“So it’s lovely to be here in Norwich and playing to you guys.”

Ahead of delivering a powerful rendition of his track Border Song he dedicated it to the late Aretha Franklin, who covered the song in 1972, saying that he feels “there is no one else who can touch” the Queen of Soul.

Candle in the Wind was also among the setlist, which he performed at the funeral of Diana, Princess of Wales.

During the interval of the Norwich concert, an ominous stormy scene was created as machines billowed smoke, lights flashed and sound effects of thunder echoed through the arena to mark the opening of his dramatic song Funeral For A Friend. 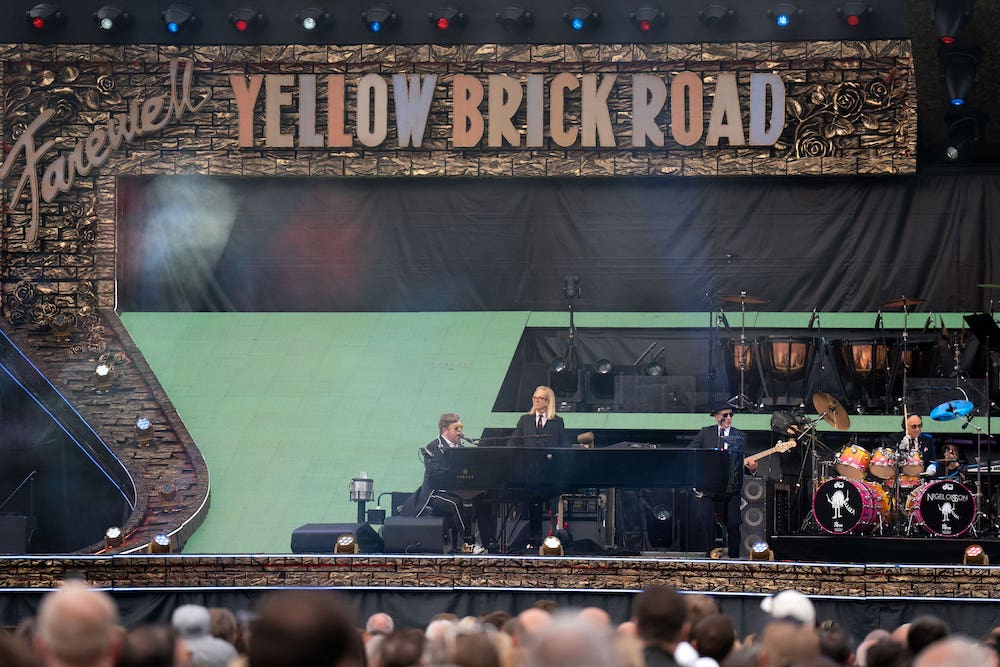 As Sir Elton returned, wearing his second outfit of the evening of a baby pink blazer with bejewelled teal lapels paired with baby blue diamante sunglasses, his piano glided across the stage while he was sat behind it.

The enthusiastic crowd danced throughout the show, with a number dressed in homage to the singer’s memorable looks from throughout his career.

As he belted out his 1983 hit I’m Still Standing a montage of his career highlights played including clips from his performance at Live Aid, a cameo in the Simpsons TV show, winning his first Oscar and performing at the Queen’s Jubilee concert.

Another poignant moment came as the singer perfectly timed his rendition of Don’t Let The Sun Go Down On Me as the sun set behind the Carrow Road football stadium just before 9pm.

His encore welcomed his third outfit of a long black dinner jacket with pink patterned lapel completed with a pair of pink and black heart shaped glasses.

While transitioning between his most recent number one single Cold Heart (2021) and his first hit track Your Song (1970), he expressed how good it felt to still produce a global hit at age 75.

“This is my second last concert in Norwich and all of East Anglia, and the 444th concert in the United Kingdom. It’s been quite a journey and it all ends next July.

“It means the world to me and I will never forget you guys. I will take you with me in my heart, in my soul and I can tell my boys all about you when I get old and decrepit. I love you.” 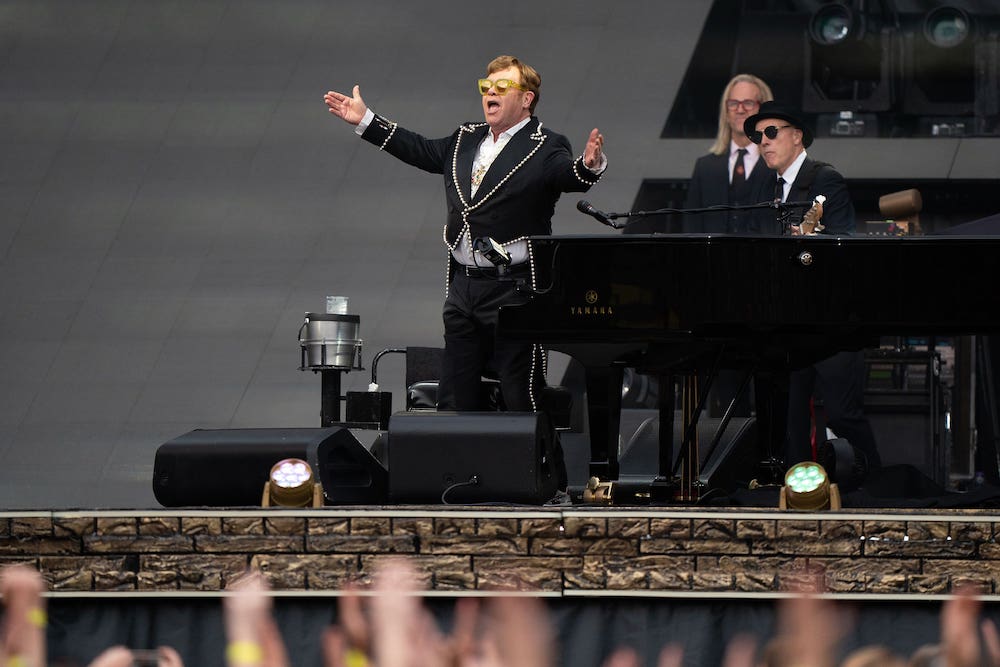 Sir Elton has had a glittering career that has seen him release a hit single in every decade since the 1970s, and notch up worldwide record sales of 300 million.

In 2018, he announced his farewell world tour, which is to be his last after more than half a century on the road, after deciding to bow out of live performing to spend more time with his two children.

The ambitious world tour began in September 2018 in the US but it was brought to a halt due to the pandemic and faced further delays due to Sir Elton suffering an injury after falling.

The global star resumed his farewell concerts in January 2022 in New Orleans and played in states across the US before starting the European leg of the tour.

Following his Norwich show, he will play eight shows in the UK, with two special homecoming shows at Vicarage Road, with the tour running until summer 2023.

You can still book tickets for Elton John at Anfield HERE.