Well first things first, and what we certainly know so far – and if you don’t, where have you been?!!! – is that Liverpool is hosting Eurovision 2023.

We were named hosts by Graham Norton on Friday night after being chosen from an initial 20 bidding cities, before being selected as one of the final seven and beating Glasgow in the final stage of this epic competition.

The city has been celebrating all weekend and the work starts now to put Liverpool centre stage, putting on one of the most famous music competitions and, most importantly of all, paying homage to this year’s winners, Ukraine.

When is Eurovision 2023 being held?

Where will it be staged?

The venue will be the waterfront M&S Bank Arena, and the ACC Liverpool Conference Centre.

How important is this for the city?

In a word, says Claire McColgan, Director of Culture for Liverpool: “It’s HUGE! It’s just going to be phenomenal.”

“Having big events like this are a huge catalyst for what we can say about ourselves. That’s what European Capital of Culture did, and this is what Eurovision will do.

“And it’s about music, and unity, and fun, and joy and compassion, which is what we are about as a city, and what we can offer to Ukraine.”

It’s not just about Liverpool

Liverpool is hosting on behalf of the UK for winners Ukraine, because of the ongoing war there.

Claire says: “This is for them. The arena is their house!!”

Works starts today on planning the music extravaganza of the year in 2023. For the next two weeks meetings will be held and final plans made about what exactly Eurovision will look like in the city, with local officials and with the BBC and the European Broadcasting Union; and then development for and of the Eurovision programme will begin.

How supportive has the city been?

According to Claire, the city is 100% behind Eurovision. “The love that came out from the bars, the restaurants, the ‘powsers’, was phenomenal and when you know you have got those hands behind you it makes everything easier.” 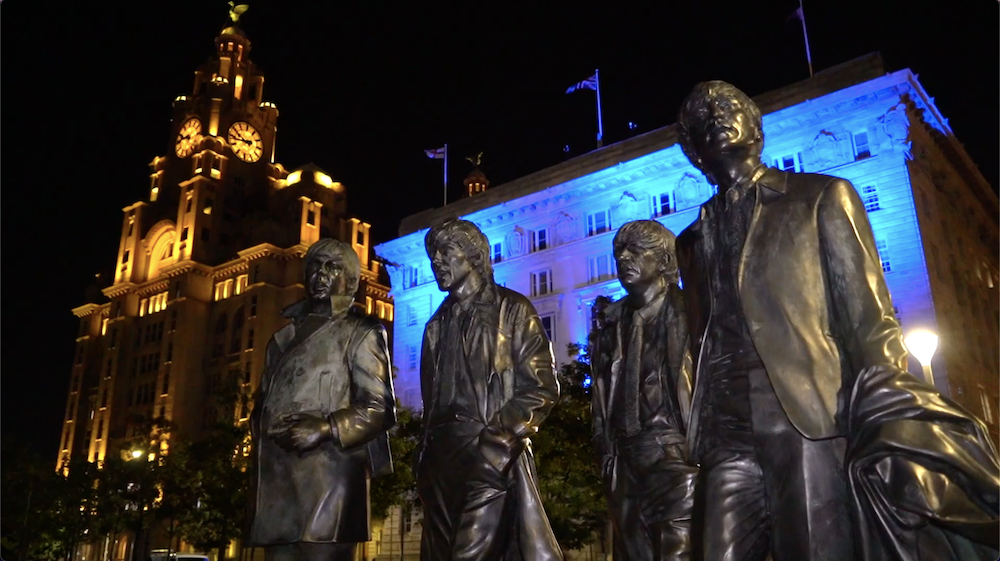 Have hotel prices gone up – and will rooms be available for Eurovision?

Liverpool BID Company has been working with hoteliers across Liverpool City Region to ensure that while some accommodation providers will raise rates, many rates will be fixed. Chief Executive Bill Addy says: “Rooms will be available for the organisers, for the various competitors; but we are part of a city region and this is one time when you realise we are close to Southport, we are close to the Wirral, Runcorn, St Helens, and Knowsley, all of those areas where there are hotel rooms available and with ideal connectivity back into the city.”

How many people will see the Eurovision Song Contest?

It will be all eyes on Liverpool in May 2023 – Eurovision will be screened to 161 million people around the globe.

When can I get tickets and how much will they be?

Ticket prices, availability, and even the ticket provider, are unknown yet as organisers work out how much space is needed for the production inside the venue.

And, just to let you know there’ll be lots of chances to get tickets. The Eurovision Song Contest isn’t just one Saturday night spectacular there are actually 9 shows across the Monday, Tuesday, Wednesday, Thursday, Friday and Saturday of Eurovision week that you can get tickets for!

What are the nine shows tickets will be available for?

Organisers say: “The Jury Show is a full run through of the show that takes place the night before the televised version. It’s when the international juries cast their votes for the participants. Audiences can stay for a randomised version of the qualifier/points reveals, as the presenters practise for different scenarios.

“The Family Show is a full run through of the show that takes place earlier in the day of the Live TV Show; it serves as one final rehearsal for the artists and crew, and as the name suggests, it’s much more convenient for those who wish to bring younger Eurovision fans. Again, the Family Show features a randomly generated presentation of the qualifiers and points.

“The Live TV Show is exactly that: a live television show. Audiences across Europe (and Australia) will get to cast their votes to add to the Jury scores.”

How can I find out when tickets are released for sale?