Everton in the Community and Steve Morgan Foundation partner on £4million project to support young people - The Guide Liverpool
Contact Us Advertise with The Guide Our Video Services Follow us:

Everton in the Community and Steve Morgan Foundation will work together on a major £4milion project to deliver early intervention programmes in Speke-Garston to specifically tackle the barriers facing young people in attaining a good education and subsequent employment.

The five-year partnership aims to prevent serious violence, tackle gang culture and protect young people from exploitation and inspire them to reach their full potential.

Speke-Garston is in an area within South Liverpool where 40% of young people aged 16+ have no qualifications, almost double the national average of 22%. Furthermore, approximately 40% of children in the area live in poverty. Unemployment rates are also currently more than double the national average, educational attainment rates are lower in the area for Key Stage 2 and Key Stage 4 compared to the city average and pupil absenteeism is significantly higher than average.

The ‘Steve Morgan Foundation Community Impact Model’ will focus on long-term sustainable change and will see the charity’s staff work with children currently with poor school attendance, those at risk of exclusion and with poor attitudes to learning. These children often have low aspirations and low resilience, coping with negative issues in mental and physical health and, increasingly, a propensity to move towards violence and gang culture.

Through embedding staff within target schools and community venues, Everton in the Community will gain a greater understanding of the communities in which the young people live and build trusted relationships to help overcome these barriers and encourage cultural change whilst inspiring young people to aim high and achieve their full potential. 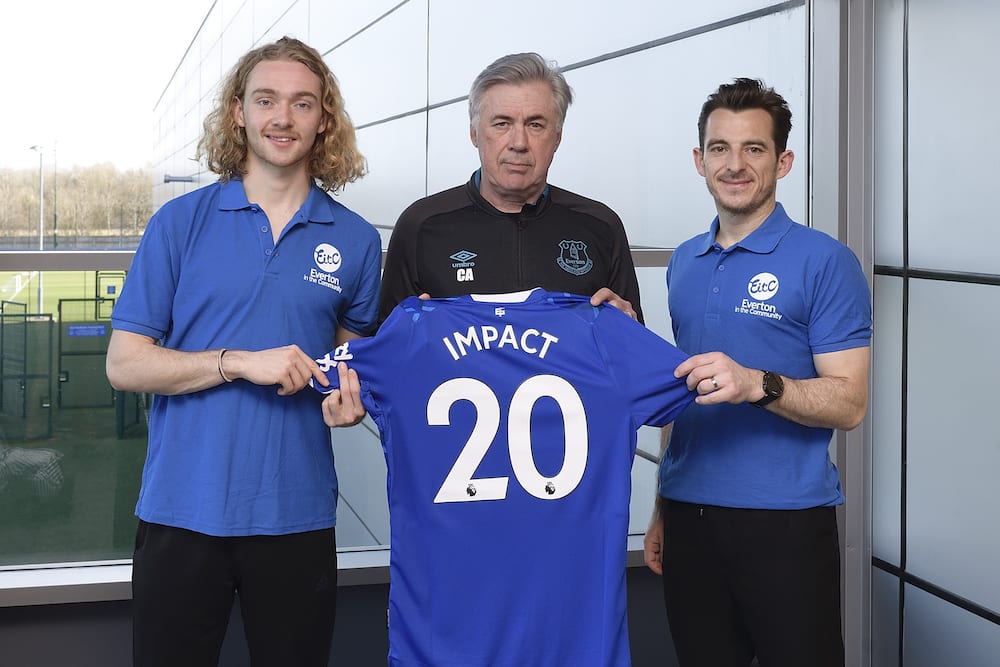 Staff from Everton in the Community began delivery of ‘Steve Morgan Foundation Community Impact Model’ in Speke-Garston at the start of the 2020/21 academic year and are working to deliver a range of interventions that target the needs identified across the community, creating individual school action plans and will deliver a combination of large group activities, small group work and tailored one-to-one activities for young people across Key Stages 2, 3 and 4.

“We are really pleased to partner with the Steve Morgan Foundation and bring our two charities together as we work to significantly improve the work, life and learning opportunities for young people across Speke-Garston.

“The significant funding received from Steve Morgan Foundation will enable us to raise aspirations, increase skills and experiences, promote healthy life choices and create pathways towards positive destination for more than 30,000 young people over a five-year period.

“We are very grateful to Steve and his team of Trustees for their support and their investment which we are certain will have a significant and long-lasting impact in the area for many years to come.”

“As someone who was born and lived my early years in Garston I am delighted to be working with Everton in the Community, contributing £2.5 million to the partnership. Both of our charities do an enormous amount of work in Merseyside, particularly working with young people. It will be a privilege to work with Everton over the next five years on a programme with schools in South Liverpool to prevent criminal activity and impact positively on young people, inspiring them to achieve their full potential.

“Everton have a fantastic reputation for the work they do in supporting the local community, they really are The People’s Club and I’m very proud that our Foundation is involved with them as we work together to provide a better quality of life for thousands of young people in Speke-Garston.”

Established in 2001, the Steve Morgan Foundation works to support projects that help children and families, people with physical or learning disabilities, the elderly, or those that are socially disadvantaged in North Wales, Merseyside and Cheshire. Founded by Steve Morgan CBE, the charity has awarded over 1,000 grants, supported over three million individuals and committed assets of £300million since 2001.