Everton's new Stadium - what we know so far - The Guide Liverpool
Contact Us Advertise with The Guide Our Video Services Follow us:

Everton’s new Stadium – what we know so far

After 25 years, Everton FC have finally got the go-ahead for a brand-new stadium which will be built at Bramley Moore Dock on the waterfront.

So, after city councillors approved plans for the Toffees’ new stadium, here’s what we know so far…

How many will it hold?

How much will it cost?

What does it mean for the city?

As well as boosting funds for the club and providing season ticket opportunities for an ever-growing list of waiting fans, it is estimated that the new stadium will generate £1.3bn for the local economy and create more than 15,000 jobs.

After Liverpool City Council has approved it, what happens now?

The stadium plans have now been referred to Secretary of State for Housing, Communities and Local Government Robert Jenrick for final approval, which is usual procedure for a project of this enormity.

That process usually takes 21 days, although it is thought it could take longer given the size of the project and potential delays because of the pandemic.

When and if the Government says yes – and it is thought they will – the club is expected to confirm details of funding.

When will building begin?

It is hoped building work can begin by late spring this year.

How long will it take to build?

A 12-stage building process is expected to last 150 weeks, which means Everton could be in their new stadium in time for the 2024-25 season.

Could/would the stadium be used for anything else?

Under the plans, the ground could host up to four pop concerts a year as well as weddings, funerals, Christmas parties and conferences.

✅|?| APPROVED – A detailed planning application for a new 52,888 capacity stadium at Bramley-Moore Dock has been approved by @lpoolcouncil. Our outline plans for Goodison Park are due to be heard next… pic.twitter.com/EY84xNDc3r

Bill Kenwright is delighted with the decision which finally moves the club and the stadium plan forward: “Whilst today is just one more step in our long journey, it is a very important one.

“It’s been a good week for Everton and Evertonians.”

Who will build the new stadium?

Construction company Laing O’Rourke was appointed in February last year to carry out the work, bringing with it an impressive track record of previous projects around the world including the grandstand at Ascot Racecourse, Atlantis The Palm hotel and resort in Dubai and, closer to home, the new Alder Hey. 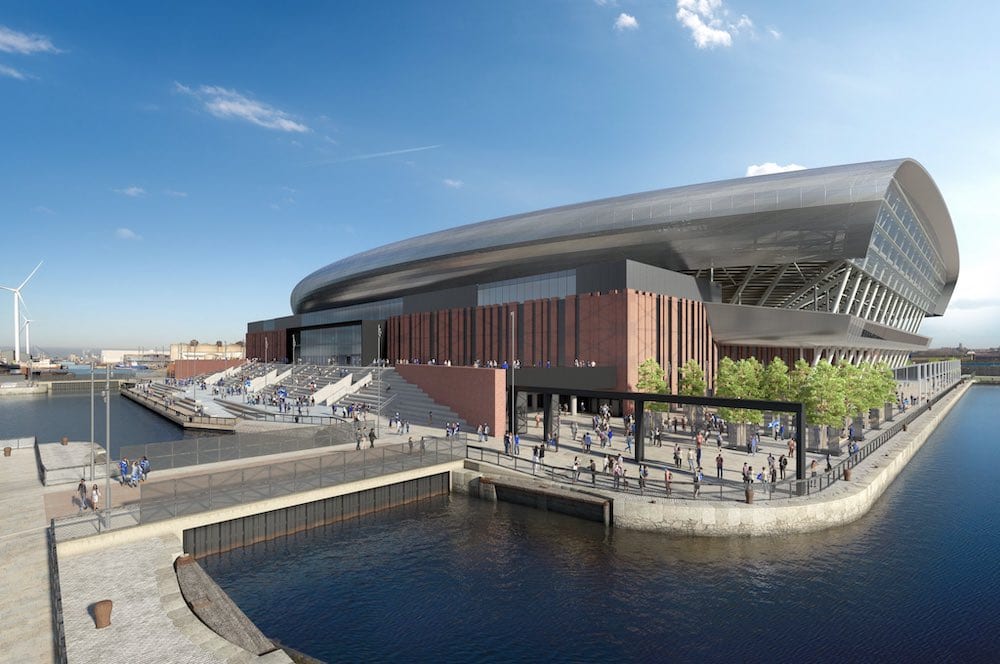 The original plans for the stadium were designed by American architect Dan Meis who revealed he wanted to plan to create a large home end for Blues fans based on Borussia Dortmund’s infamous ‘Yellow Wall’ to make it the greatest home ground in English football. “We’re not building a Bentley, we’re building a Ferrari,” he said. In June last year, he confirmed he was “not currently engaged” in the project.

What is the history of the site?

Bramley Moore Dock, which most Scousers had probably never heard of until Everton’s stadium plan, is just north of Stanley Dock, home of the Titanic Hotel. It was opened in 1848 and named after John Bramley-Moore, who was then chairman of the dock committee. Used as a loading station for coal exports, it was where the Dockers’ Umbrella overhead railway dropped down. 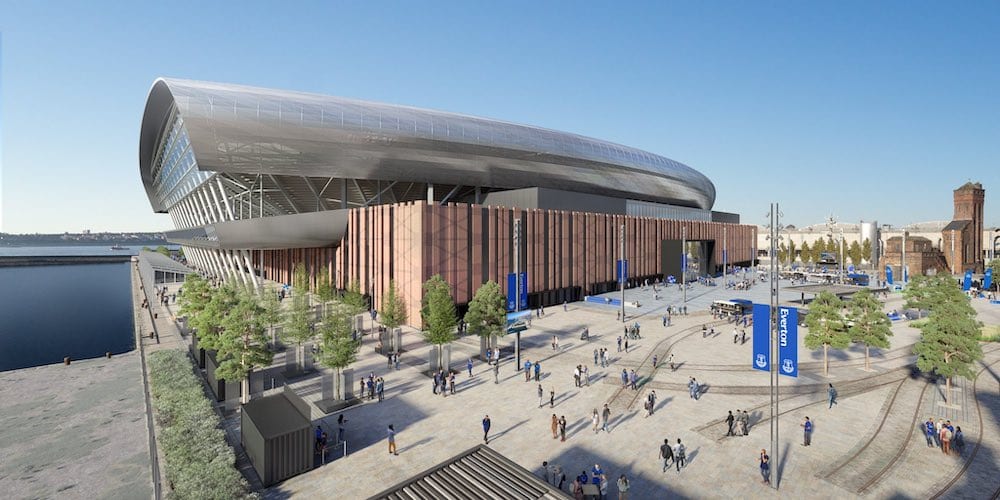 What will happen to the old stadium?

The club have made it clear that they plan to leave a legacy behind them in L4 and not abandon a region that was their home for 130 years.

Outline plans for the area include local housing, a youth enterprise zone, and an education zone, as well as health, retail and leisure facilities.