Everything you need to know about The Turner Prize coming to Tate Liverpool - The Guide Liverpool
Contact Us Advertise with The Guide Our Video Services Follow us:

The Turner Prize is coming back to Liverpool and we’ve got all the info as to why you should be excited!

One of the best-known and often controversial visual art prizes in the world is coming to Tate Liverpool later this year.

The Turner Prize, which is hosted outside of London on alternate years, will be back in the city this October for the first time since 2007, when it was held here in the run-up to the Capital of Culture celebrations.

The prize is awarded by a jury of independent judges to a British born or based artist to recognise an exceptional exhibition or presentation of their work anywhere in the world.

Past winners have included Crosby Beach Iron Men artist Antony Gormley, Damien Hirst for his notorious bisected cow and calf in formaldehyde, and Grayson Perry. Tracey Emin was nominated, but didn’t win, for her memorable ‘My Bed’ back in 1999.

First awarded in 1984, it’s known as the most sought-after honour in British art, and with opinions on the nominees always debated and divided it’s always the most talked-about.

With all eyes on Tate Liverpool this autumn, what can we expect when the Turner Prize arrives? Whether you’re already a massive art fan or just someone who likes the odd visit to Liverpool’s fantastic galleries, here’s everything you need to know …

When does the Turner Prize actually come to Tate Liverpool?

The exhibition opens on October 20, but the judging process is ongoing through the year.

Which artists are up for the award and who decides?

A different panel of judges is chosen by the Tate every year and it’s usually made up of gallery directors, curators, critics and writers, although last year’s included art enthusiast, actor Russell Tovey. They announce a shortlist of artists in the spring.

How many artists make the shortlist?

Last year, in response to Covid, all five nominees were collectives rather than individual artists and the prize – hosted by Coventry’s Herbert Art Gallery & Museum – was won by Belfast-based Array Collective. For 2022, it will go back to its usual four individual nominees.

Are there any restrictions on who can win the Turner Prize?

Other than being a British artist, the main thing is they should have made a recent contribution to the development of contemporary art – this isn’t a lifetime achievement gong. Between 1991 and 2006, the nominees had to be aged under 50, to encourage younger emerging artists, but there isn’t an age limit anymore.

MORE - The Responder: Martin Freeman says cracking the Scouse accent for new police drama was like passing a test

When will we know who’s won?

The winner will be announced at a ceremony at Tate Liverpool in December – usually broadcast live on the BBC. Expect the award to be handed over by someone famous; previous presenters have included Richard Attenborough, Yoko Ono, fashion designer Paul Smith and Madonna. When it was last in Liverpool, and Mark Wallinger won, the prize was given by actor and director Dennis Hopper.

What does the winning artist get? 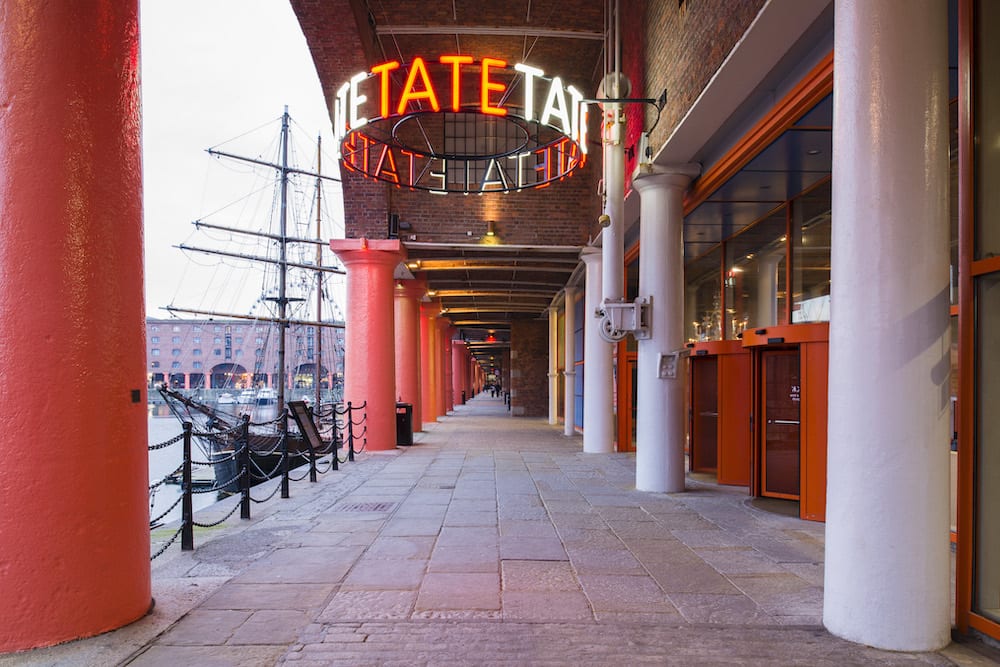 So why is the Turner Prize such a big deal?

It’s basically the biggest thing to happen in British art in the year, and it definitely attracts the most media attention. Critics love it and hate it in pretty much equal amounts, but that doesn’t stop thousands of visitors going to see the exhibition. Winning, or even being nominated, can give a huge lift to an artist’s career and the market for their work. The Turner Prize has provoked discussion, outrage and even a few actual protests in the past, so whatever you think of the art, it’ll certainly put the focus on Liverpool and get people talking.

MORE - Look at the new attractions coming to Southport Pleasureland