Faithless star to perform at Gatecrasher Live in Liverpool - The Guide Liverpool
Contact Us Advertise with The Guide Our Video Services Follow us:

Faithless star to perform at Gatecrasher Live in Liverpool 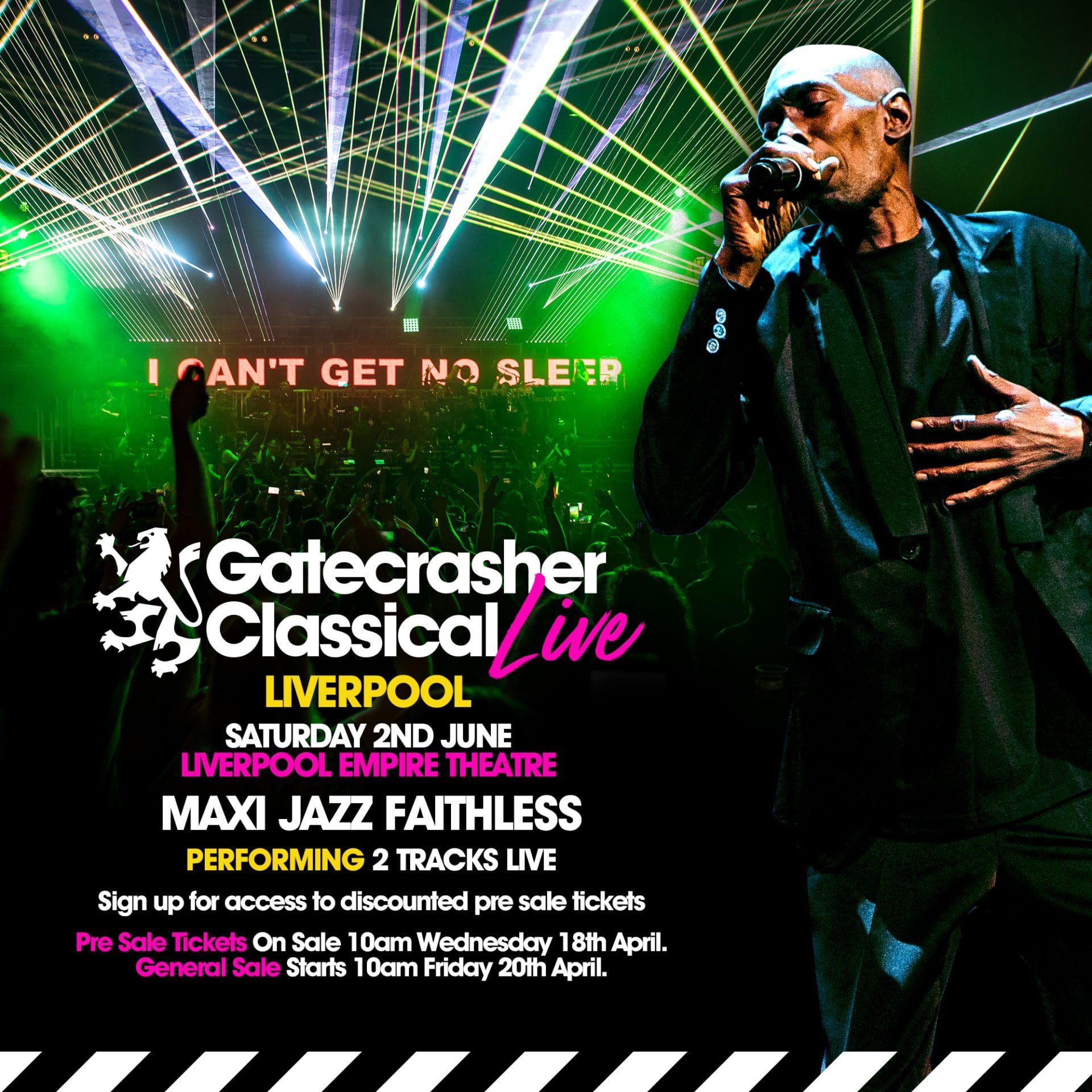 Following on from the announcement that Gatecrasher are bringing their Classical show to Liverpool’s stunning Empire Theatre, Gatecrasher are pleased to announce that Maxi Jazz  from Faithless will be performing some of Faithless’ biggest tracks Live alongside the 40 piece Gatecrasher Orchestra on Saturday 2nd June.

Having reached chart topping & global success over a career spanning decades, Maxi’s vocals are some of the most distinctive & iconic vocals in dance music. On Saturday 2nd June, fans will witness the haunting sounds of this iconic voice combined with the impressive sounds of the 40 piece Gatecrasher Orchestra for one truly memorable night. As the frontman for one of the most influential bands in dance music, the audience can expect to hear huge tracks such as ‘Insomnia’ and ‘Salva Mea’ as they have never heard them before.

Alongside the track list of 24 years of Gatecrasher, curated by their very own Scott Bond and the Gatecrasher team, the event will feature some of the biggest  tracks of all time, which have become emblazoned in the hearts & souls of clubbers worldwide, and will be immortalized by the 40 Piece Gatecrasher Orchestra. Expect lots of hands in the air moments and one unforgettable experience. 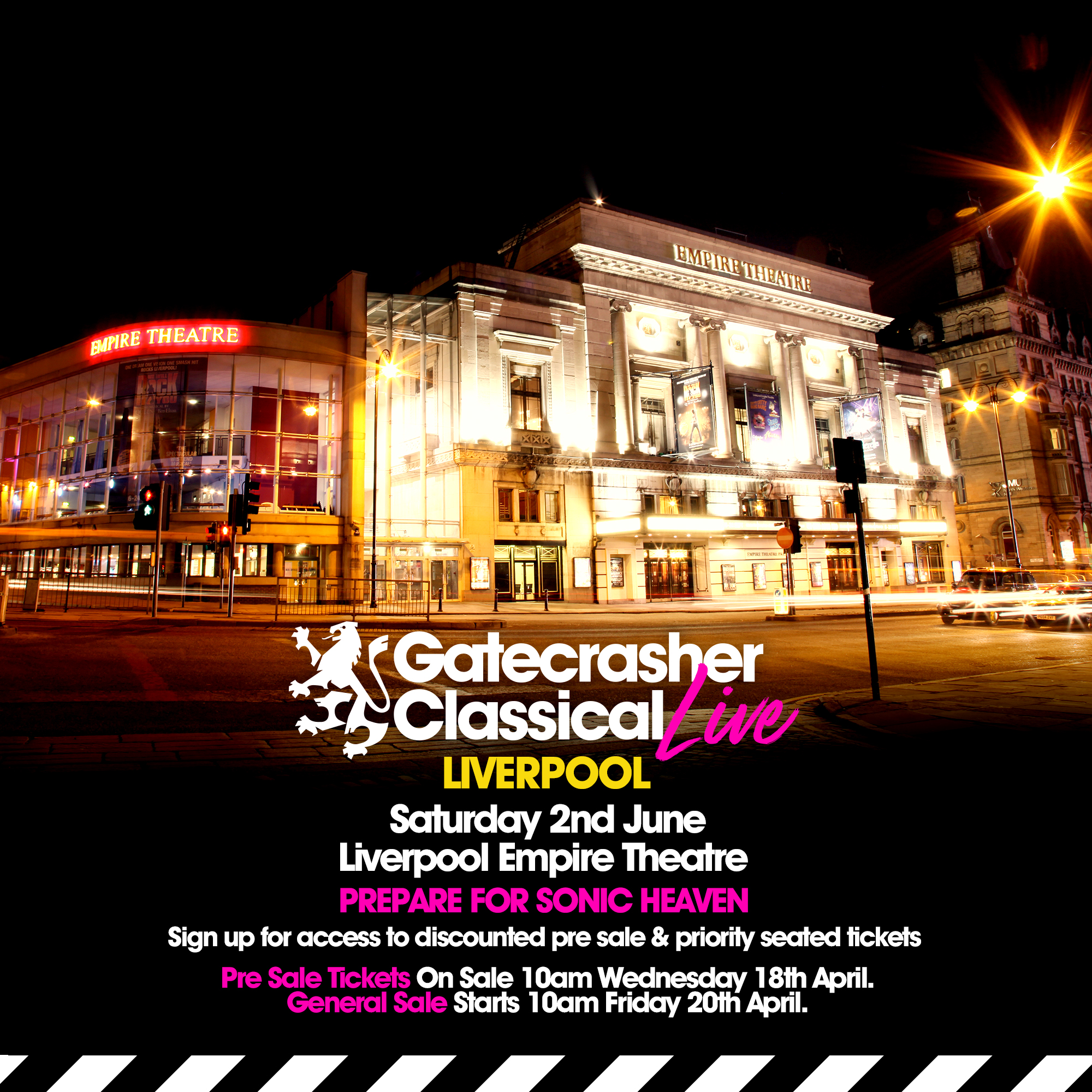 The debut Gatecrasher Classical events in Sheffield, which sold out within a matter of hours, were truly spectacular experiences, taking the global brand to new heights & audiences alike, and have already joined the list of unforgettable experiences in Gatecrasher’s  24 year history.

After receiving phenomenal responses from clubbers, artists & performers, with hundreds of calls for Gatecrasher Classical in other cities, Gatecrasher are set to bring their Classical events to a wider audience in cities with a rich musical heritage and Liverpool certainly has that! Famous for the Fab Four, and more recently the UK’s biggest dance music festival, it’s a perfect city for the first classical event outside of Sheffield and the stunning Liverpool Empire sets the perfect backdrop for this exclusive show –- Remade, Remixed & Recharged for June 2018.

Club will definitely meet Classical when Gatecrasher take over the Grade II listed building on Saturday 2nd June,  as the Liverpool Empire Theatre, which boasts the largest two tier auditorium in the UK, is famed for its architecture & Louis XVI style decor and has many curious features adorning the internal theatre walls. Teamed up with Gatecrasher’s next level production; this event will feature a full laser & light show synonymous with the global brand plus a full club sound system, creating an experience as you’ve never witnessed before.

Due to limited capacity and high demand from the last events, Gatecrasher are urging fans to sign up for exclusive access to Pre-Sale tickets (48 hours ahead of general sale). Please sign up to avoid disappointment!

To book your tickets for Gatecrasher Live at the Liverpool Empire head this way.