Fancy joining LFC Legends in Scotland for a Day of Golf for Charity? - The Guide Liverpool
Contact Us Advertise with The Guide Our Video Services Follow us:

Fancy joining LFC Legends in Scotland for a Day of Golf for Charity? 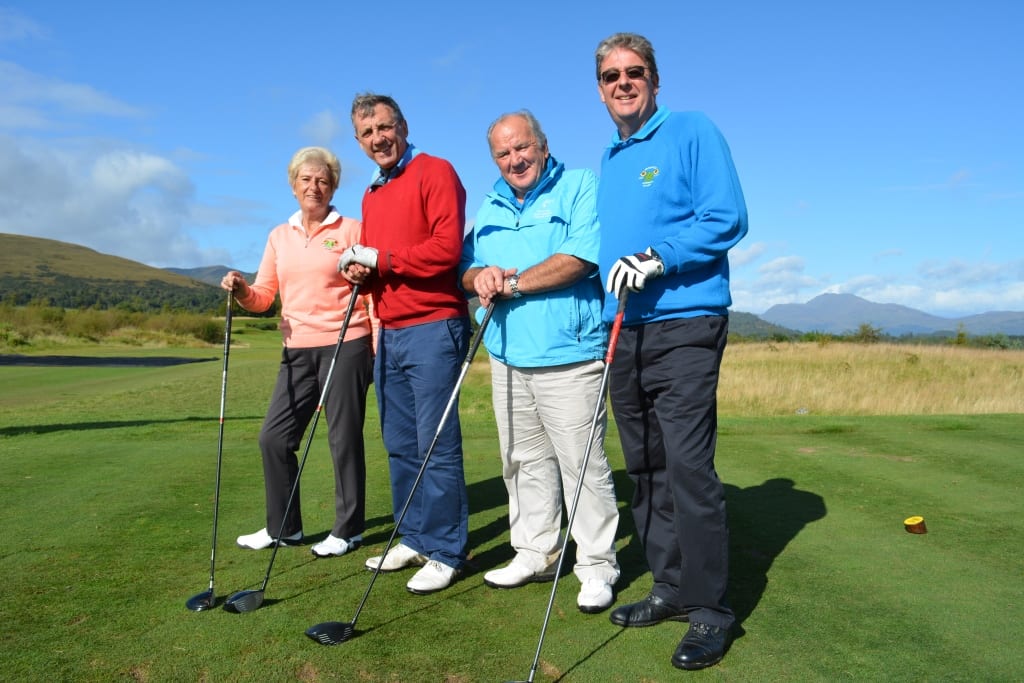 Home › Sport › Fancy joining LFC Legends in Scotland for a Day of Golf for Charity?

When former Liverpool FC legend, Alan Kennedy launches his tee shot onto the first fairway at the Carrick Golf Course, Loch Lomond, at midday on Thursday 29th September, 2016, it will signal his third consecutive appearance at the prestigious Caudwell Children Celebrity Golf Classic.

The Carrick, one of Scotland’s leading Championship standard courses, has played host to the event since its inception in 2008.

The two day classic, which boasts an array of stars from the worlds of television, film, sport and music raises vital funds for Caudwell Children, the national charity that provides practical and emotional support to disabled children and their families.

And this year Alan, nicknamed Barney Rubble by the Anfield faithful after the character in the cartoon series The Flinstones, will be joined by fellow LFC greats Mark Lawrenson, Ronnie Whelan, David Fairclough and David James.

Alan’s interest in golf began as his football career began to blossom at Newcastle United, in the early 1970s, and like many ex professional footballers his love of the game has remained long after he retired from football.

“I always loved watching the golf on television and I was a big fan of Tony Jacklin,” explained Alan. “It was 1971 and Newcastle had an agreement with a local club to let the lads play for free. That really kick started my interest in playing the game.” 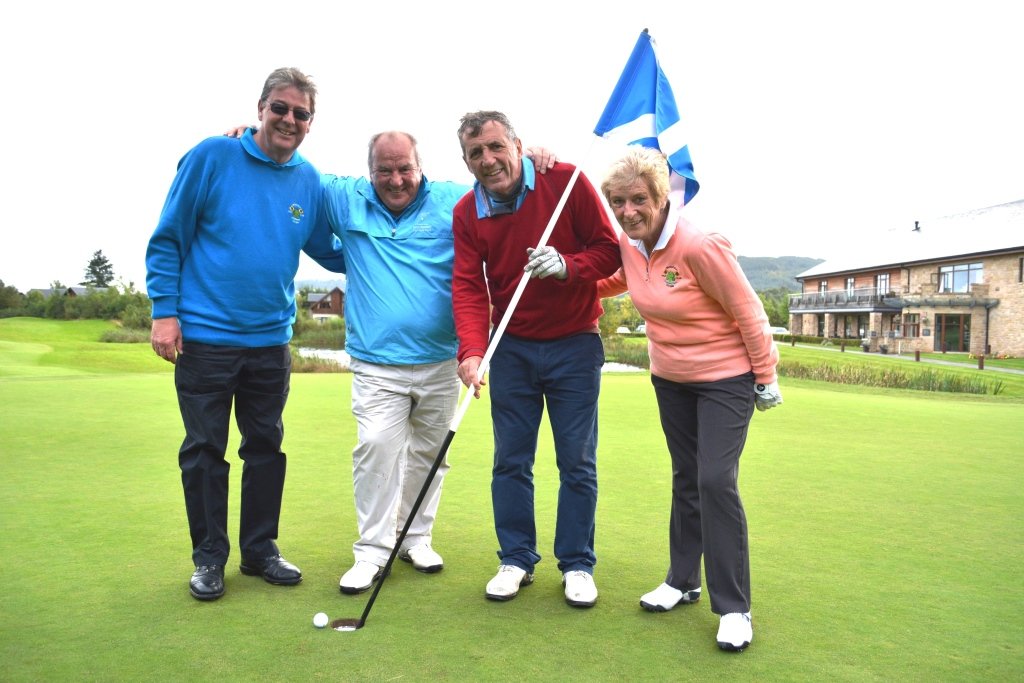 When he secured a dream move to Liverpool, in 1978, Alan continued with his golf, albeit in secret. “Bob Paisley, the Manager at the time, didn’t like any of the players getting together to have a game.

“He’d let you do almost anything else, but not golf. He used to say that you could pull a muscle taking a swing at the ball, so if we wanted a round we had to do it in secret.

“As a result nothing was ever organised, it was all spur of the moment stuff. We’d sneak off to courses around Liverpool like Southport and Ainsdale, West Derby, Huyton and Prescott. It was all fairly easy going but, being professional footballers, it was very competitive.”

Alan would get together with golf loving teammates like Kenny Dalglish, Alan Hansen, Terry McDermott and Steve Highway to play two or three times a month.

Hansen, he says, could have made it as a golf professional. As he explained: “He was tall and lean and he had a great swing. His timing was also immaculate and I’m sure he was good enough to have played at a much higher level.”

Although not an obsessive golfer Alan says that more often than not, when invited, he plays. “I’m playing a couple of times this week, including at Wentworth, but then I may only play one game next month,” he said. “I’m not like my pal, and ex Snooker World Champion, John Parrott, who plays two or three times a week. He’s a fantastic player. I think he’s got a handicap of three.

“I play off 15 at the moment and to be honest I don’t know if I’m better or worse than that. All I know is that every time I walk onto the tee my aim is to get a hole in one!”

Alan says that he doesn’t have a favourite golfing moment, but he does admit to having enjoyed some success against Merseyside rivals Everton recently. As he explained: “As a former footballer I like nothing better than picking up trophies.  So I was delighted when I picked up two nearest the pin awards against Everton, which made them all the sweeter!

“But the enjoyment of golf isn’t just about the winning; I also enjoy how, by hitting a ball, you can get rid of some of your everyday frustrations. Although having said that after a bad day on the fairways or the green’s you can come away feeling more frustrated than when you started”

Alan is excited about supporting Caudwell Children again and says that the charity gives disabled children and young people invaluable help. He said: “The equipment, treatments and therapies that they provide cannot be accessed through statutory measures, so without them children would go without wheelchairs, specialist sports equipment and short break activities.

“They even provide a once-in-a-lifetime dream holiday to Disney World, in Florida, for children with life threatening conditions, which is just a great thing.

“I’m delighted that I’ll be attending the event again and I’m looking forward to the spectacular views of Loch Lomond, the fantastic course and meeting up with an array of celebrities, including my former LFC pals.“

Kerrie Davies, Events Manager at Caudwell Children, is delighted by the line-up of celebrities and says that the event is a great way for corporate ticket holders to entertain clients, network and promote their brand. 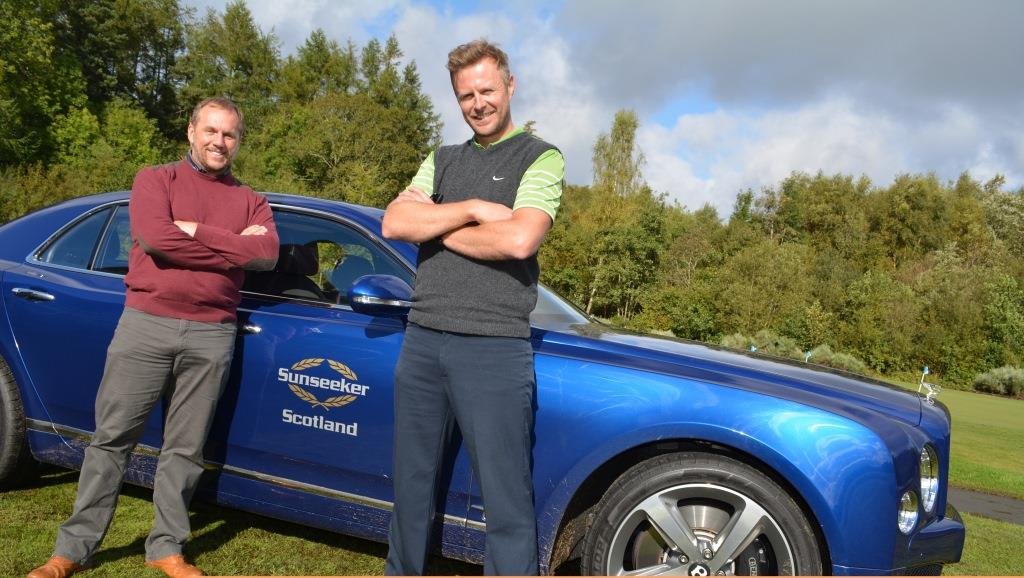 As she explained: “It’s a fantastic couple of days and teams have a great time mixing with the stars. They also enjoy two nights’ accommodation at De Vere’s flagship hotel, Cameron House, which provides 5 star luxury for the teams.

“This year, along with the LFC legends, we will be enjoying the company of amongst others John Regis, the first British athlete to run under 20 seconds in the 200 metres, James and Oliver Phelps, who played Fred and George Weasley in the hugely popular Harry Potter film series, and Manish Bhasin, presenter of  BBC’s Match of the Day.

“The world of Rugby Union will be represented by the former England stars Lee Mears and Shaun Perry, whilst Tom Lister, who played Emmerdale’s arch villain Carl King, and Dean Andrews, the critically acclaimed actor and star of Life on Mars and Last Tango in Halifax, will also be playing.”

Ticket packages are still available and Alan claims it’s great value for the hospitality alone.  “You get the most fantastic breakfast, lunch on the course, drinks at the 10th and 19th holes and two sensational evening dinners. It doesn’t get much better than the Caudwell Children Celebrity Golf Classic.”

For more information and to buy tickets contact the Events Team on 01782 600112 or email: [email protected]