Fans favourite Homebaked Anfield is joining the Blues - The Guide Liverpool
Contact Us Advertise with The Guide Our Video Services Follow us:

They might be the most passionate footy rivals, but there’s one thing which is about to unite Reds and Blues … matchday pies from Homebaked Anfield.

The community owned and run bakery, which supplies pies to Liverpool FC and sells hundreds to Reds fans every home game, has signed with Everton to feed hungry Blues too.

Once grounds can reopen and supporters return to the terraces, Homebaked will be serving its pies from the Goodison Fanzone for every Everton fixture.

And, just to give both sides a taste of what they can expect, the bakery is bringing back its two limited edition matchday specials ahead of this weekend’s derby game – the Klopp, which is made with peppered steak, potato and German beer, and the Blue stilton and steak pie. 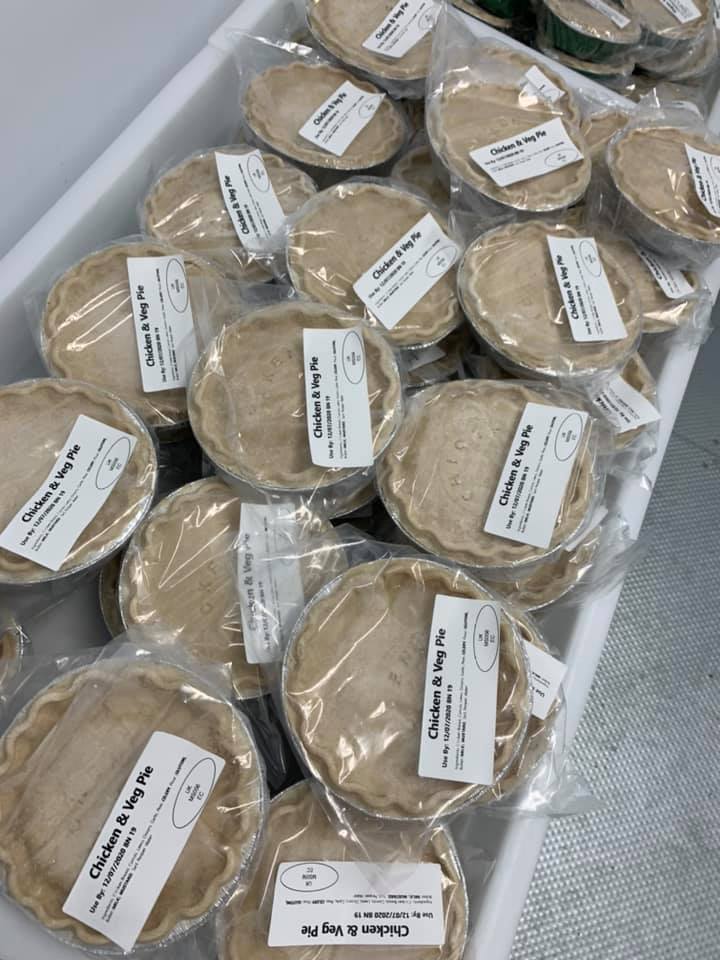 Angela McKay, operations manager at Homebaked Anfield, says moving across Stanley Park is big news for the project which is based opposite the Reds’ stadium.

“This is something we’ve been working on for almost a year,” she says. “We currently send 700 mini pies over to Liverpool on matchdays, they buy them to give out in their lounges, and from the bakery we can sell between 700 and 1000 more to fans.

“So to be invited to start selling our pies at Everton as well is an important milestone for us. Everton’s catering is done through Sodexo so we had to meet all their health and safety requirements then just as we’d got it all agreed, the lockdown hit us and we had to put everything on hold when the games stopped.

“But with the derby game this weekend we thought it would be the perfect time to announce it – we’ll be going in with Liverpool Homeless Football Club, using their catering van, so there’ll be someone from the bakery working alongside someone who’s involved with the club.

“We’ve been working in partnership with LHFC for about three years. Although we have the shop, to sell at Everton we needed something mobile and we didn’t have the budget for that so we asked our friends and they’re helping us out.

“Our profit is making jobs, that was the reason we started Homebaked Anfield – to bring employment to the area and give people a chance to get back in to work – so it’s about working together especially in this climate.” 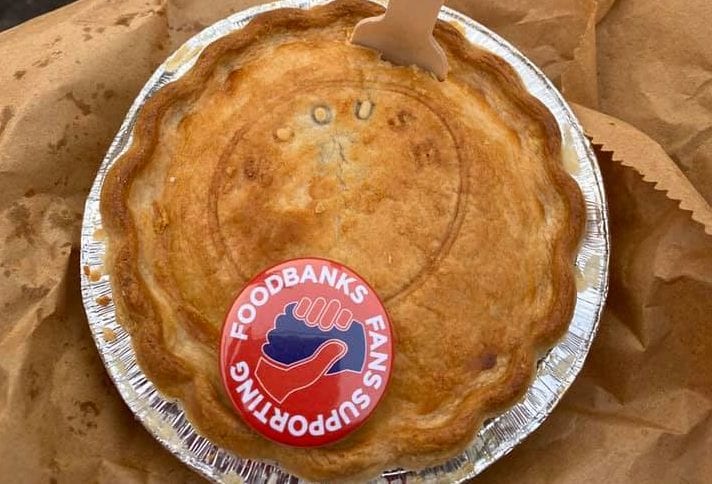 Once the Blues sales start, she says Homebaked plans to introduce a Blue range of pies to add to its existing Reds squad which includes the much-loved Shankly and Rafa.

“When we go into Goodison we want to work with the fans forum and hopefully people will come up with suggestions for more Blue pies,” says Angela. “We want them to get involved and tell us who’d they like us to name one after. We’ve thought about a Trinity, with three ingredients, for Harvey, Kendall and Ball, or maybe a Big Dunc for Duncan Ferguson. It would be lovely if Duncan said yes and gave us some ideas of his favourite ingredients which we could use in a recipe.”

Angela says when the Premier League came to a halt in March because of coronavirus, it did have a big impact on their business.

“But we were able to diversify,” she adds. “We took the pies out to people so they could go on our website and buy frozen pies, there was a minimum order of £10 and then we charged a £1 fee to deliver them across the city.

“We did that for six weeks and then this week we’ve launched click and collect from the side door of the bakery so people can go online and order and pick them up themselves now.”

Taking the decision to shut down even before the Government’s restrictions came in, Angela says Homebaked Anfield was able to protect its staff and its neighbourhood as well as keeping the business afloat. And it was also able to adapt to help some of those hardest hit by the virus. 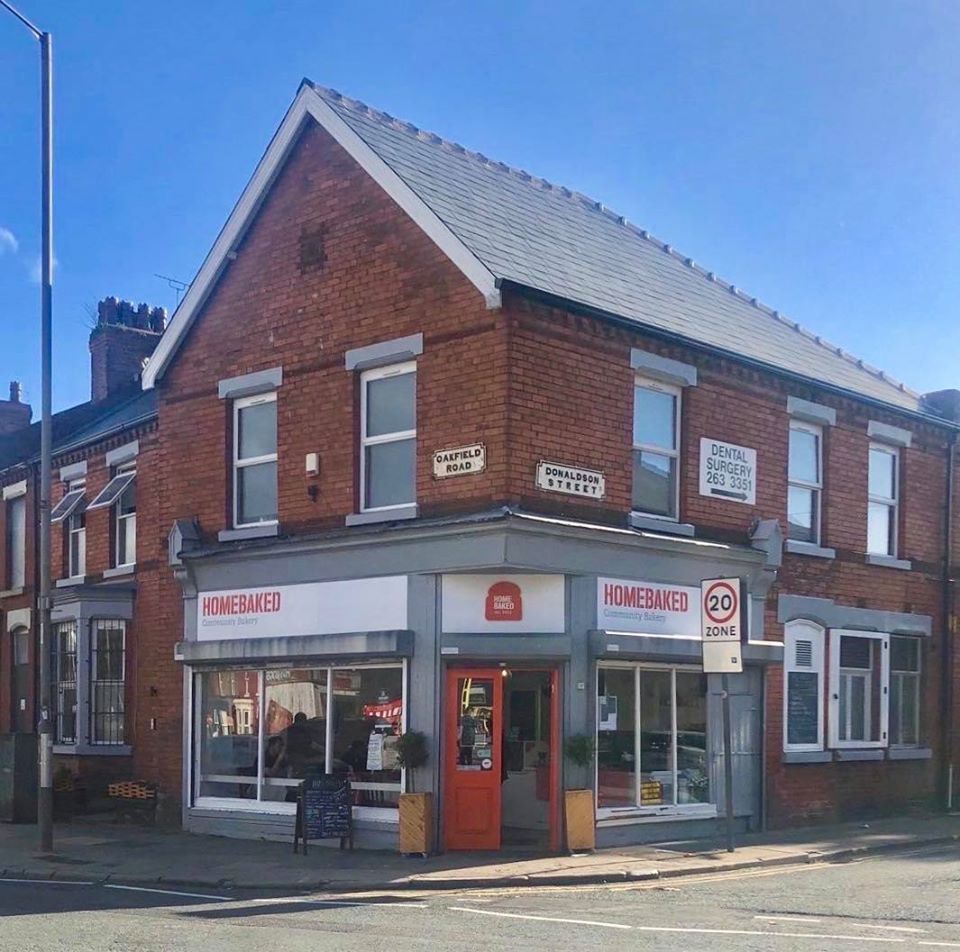 “We started baking bread for the foodbanks and we gave people chance to donate a pie on our website to raise money for Fans Supporting Foodbanks which we got a really good uptake for,” she explains.

As for Sunday’s derby game, Angela says although it will be like no other because it’s behind closed doors, at least one element won’t be missing.

“We know that getting a pie is part of a lot of people’s matchday ritual and we’ll be creating the Klopp and Blue pies again so even though they can’t be there, they can still have some of the atmosphere of the derby at home.”

To find out how to order the Klopp or Blue pies, or any of the Homebaked Anfield range, see their Facebook page @HomebakedA or go to the website here.

This place really does offer the perfect backdrop ? Back @theAlbertDock as reopening plans get underway. We can’t wait to visit the likes of @tateliverpool @slaverymuseum @lunyalita @smugglerscoveL & @beatlesstory again ❤️