Feast of Fire is back this weekend with Africa One, Kazimier, Liverpool Pride & more

Easter weekend is set to be a scorcher whatever the weather as a sizzling, fire-crackling feast for the senses is returning to the heart of Liverpool in a thrilling new not-to-be-missed Easter spectacular.

Watch above as we take you to last weekend’s Feast of Fire launch!

We have been shouting about Feast of Fire lots and last weekend the fiery spectacle opened to rave reviews in St. John’s Gardens. It returns this coming Easter weekend, teaming up with The Kazimier on Friday, Africa Oye on Saturday, Liverpool Pride on Sunday and The Fire of India can be experienced on Monday.

Based on the North West European tradition of lighting bonfires over Easter, ‘Feast of Fire’, presented by Walk the Plank, is sure to set imaginations alight with an atmospheric feast for the senses.

Visitors will be able to get up close and feel the heat of spectacular fire-fueled sculptural installations as they promenade through the historic gardens. Add to this a live performance soundtrack and artisan, flaming food and drink, and you have a must-see spectacular during the Easter break. 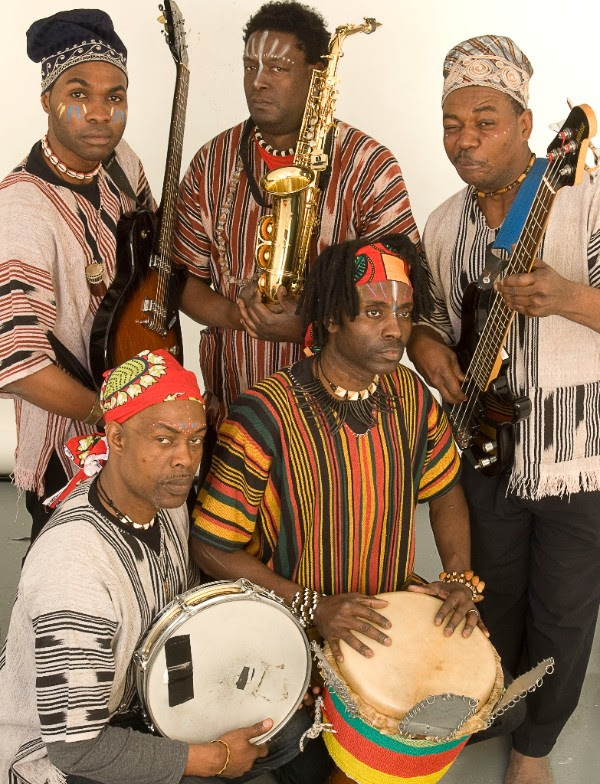 Kasai Masai’s music reflects their journey from the rural to urban, performing music which has been passed on from generation to generation combined with their own contemporary style. Written in Swahili, Lingala and Kimongo, Kasai Masai’s lyrics portray the cultural diversity of Congo where more than four hundred languages are spoken. Kasai Masai’s original compositions have moved beyond traditional expectations of Congolese music with their galloping rhythms, strong melodies, passionate beats, swinging guitars, moving saxophone.

The award-winning Movema specialise in bringing community members to participate in incredible city events alongside professional artists and are the regular hosts of the Oye Active Zone at the annual Africa Oye festival in Sefton Park. Their performance – entitled ‘Afrique’ – will take their audience on a journey of celebration through Guinean dance, rhythms and vibrancy.

‘Feast of Fire: African Heat’ takes place in St John’s Gardens by St George’s Hall in Liverpool City centre on Saturday 31st March and promises to be an atmospheric, fiery feast for the senses.

Tag us in your Feast of Fire pictures on Twitter and Facebook and check out more information here.